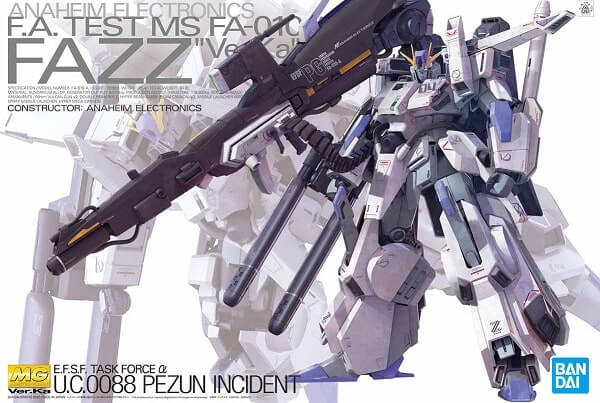 Waiting for the related Review.
The Latest Images of this beautiful gunpla coming from the MG Series and and some “FAZZ history”

The FA-010A FAZZ (pronounced as “fahts”) is a variant of the MSZ-010 ΖΖ Gundam.
It was featured in Gundam Sentinel.

The FAZZ was created to test the concept of adding extra armor components to critical structural points to make the unit more structurally sound.

Because the FAZZ was created to gather test data for the ΖΖ Gundam’s full armor form, it had no transforming mechanism to reduce construction costs, and its armor components can not be removed or ejected like the Full Armor ZZ Gundam. Also, the FAZZ’s high mega cannons (mounted in the unit’s forehead and the front of the torso) were dummy placeholders solely for checking balances.

Likewise, the back mounted beam cannons were derived from the MSA-0011 S Gundam and while resembling the Hyper Beam Sabers equipped by the ΖΖ, they were incapable of being used in a similar fashion.

The tradeoff, however, is that the first FAZZ is completed almost half a year before the ZZ Gundam itself.
It was still a monstrously powerful unit, with a double beam rifle attached to its right arm, and an incredibly powerful hyper mega cannon over its shoulder, attached to a swivel on the right side of the backpack.

Like the Full Armor ZZ Gundam, the FAZZ also incorporated various assortments of missiles in the armor on both of its shoulders, left forearm, both sides of the chest, and the projection on top of the backpack. For close combat, it also featured 60mm vulcan guns in the head.

Interestingly, the FA-010A FAZZ is an oddity in that it is not equipped with a single melee weapon, leaving it particularly vulnerable in close combat.

The FAZZ was a testbed unit designed by Anaheim Electronics to test out several of the features that would be put into the design of the FA-010S Full Armor ZZ Gundam.

Three FAZZ units were created and then assigned to Task Force Alpha for use in a heavy fire support role.
Their immense firepower gave them a huge advantage against the New Desides forces, as the hyper mega cannon was more powerful than the beam cannons on the Pegasus III assault carrier.

The hyper mega cannon can fire continuously at full power for a total of three seconds, but it suffered from a long recharge period, so the three FAZZ units took turns alternating fire to keep a constant barrage and provide support for one another.

The three FAZZ units were destroyed at Ayers City, on the lunar surface, by New Desides’ leader Brave Cod in his ORX-013 Gundam Mk-V when he engaged them at melee range where the FAZZ had no defenses. 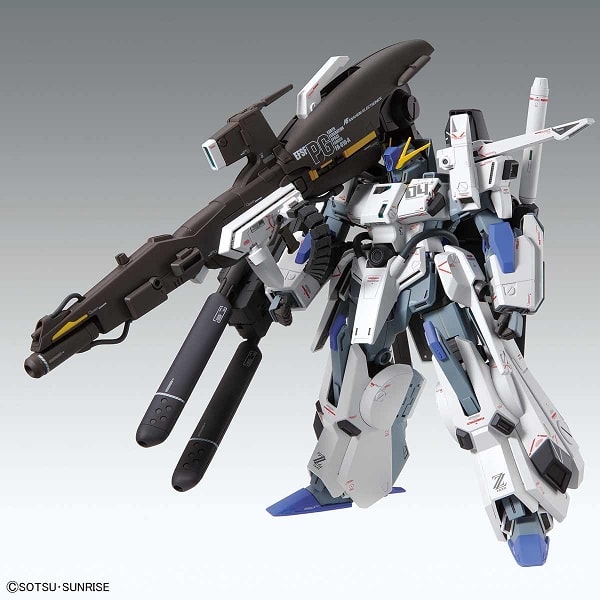 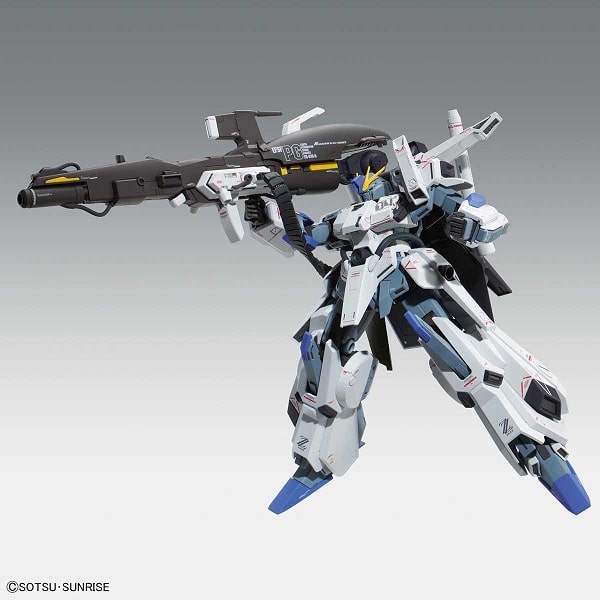 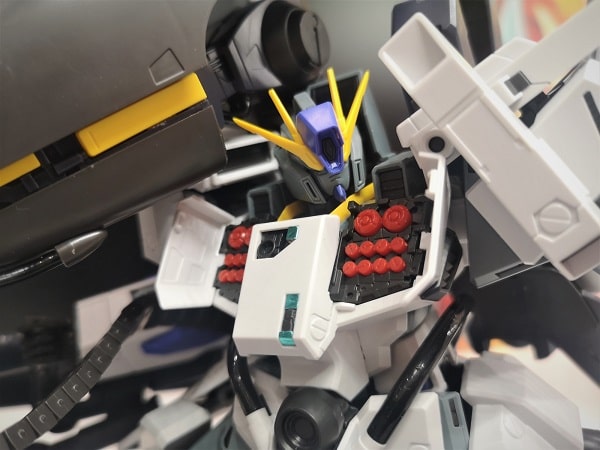 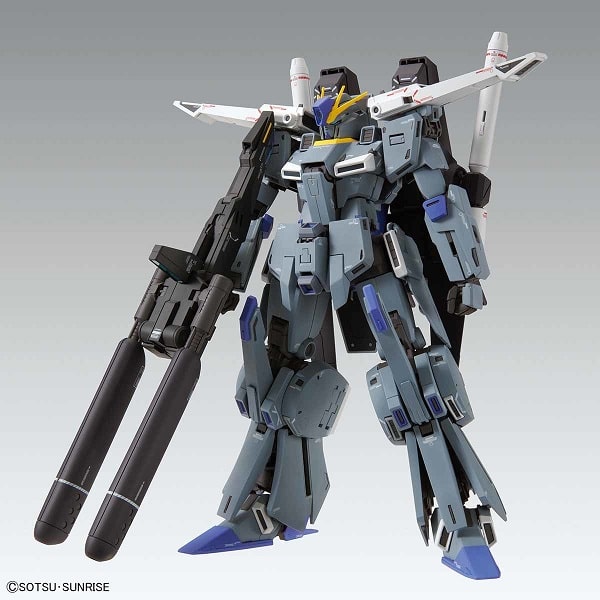 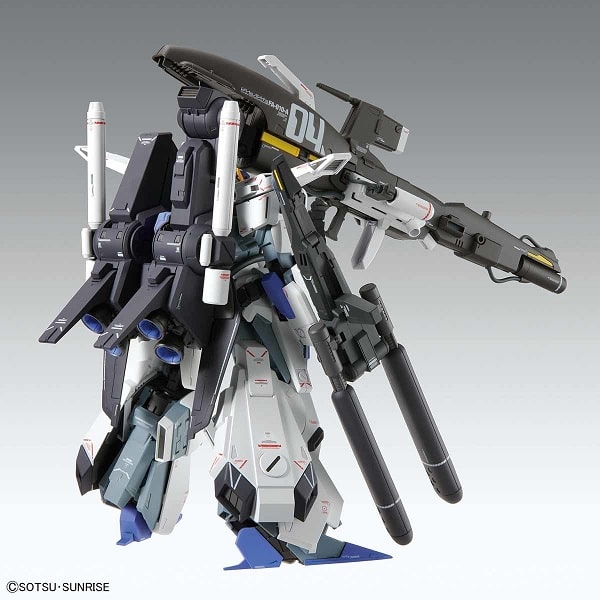 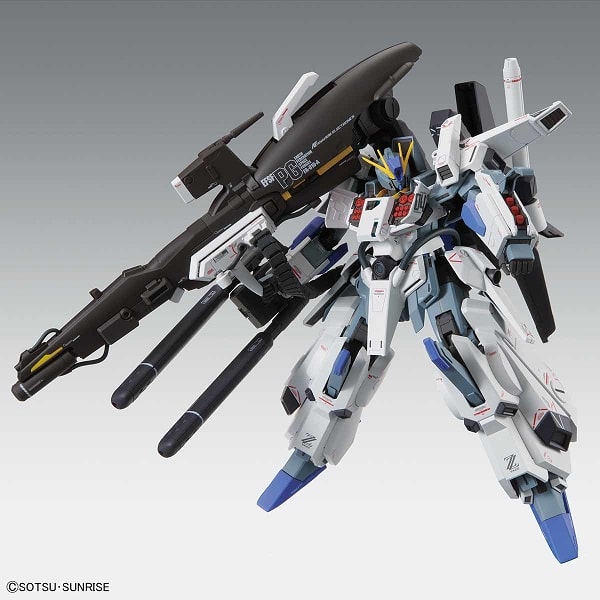 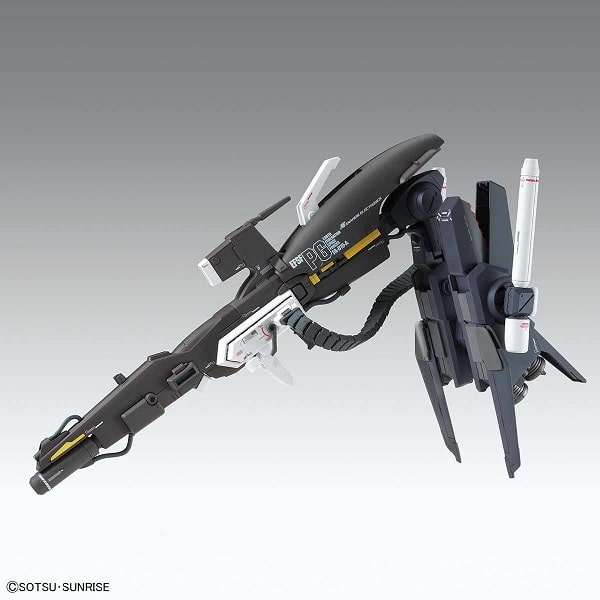 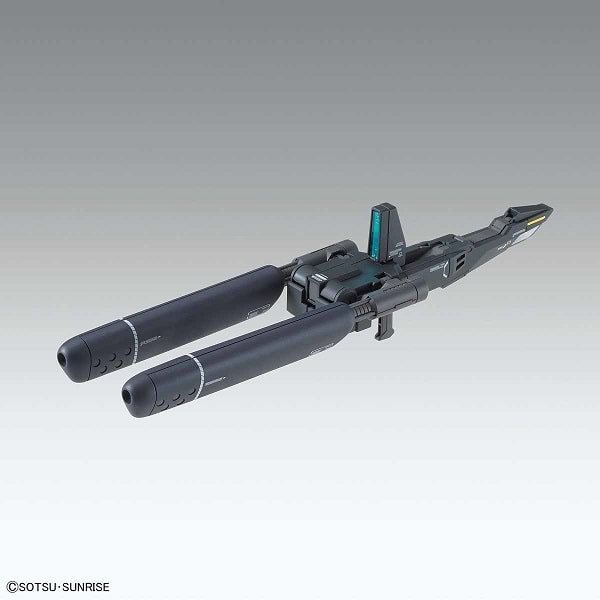 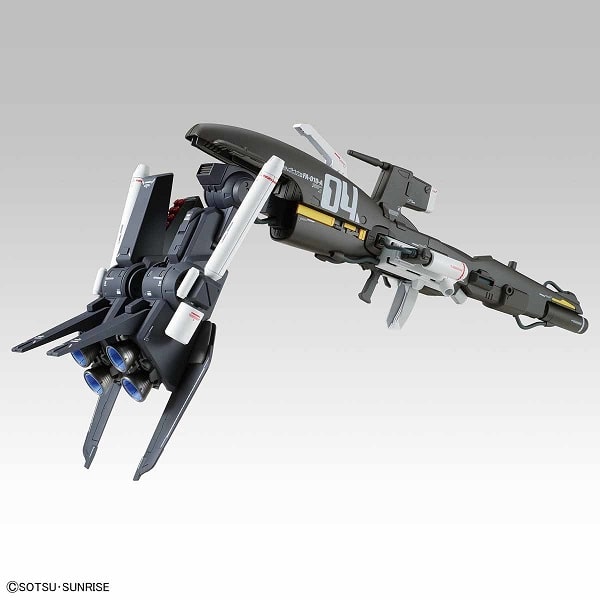 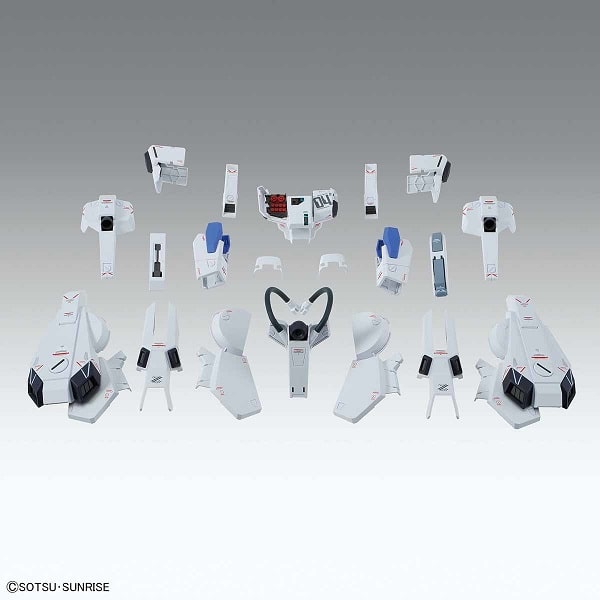 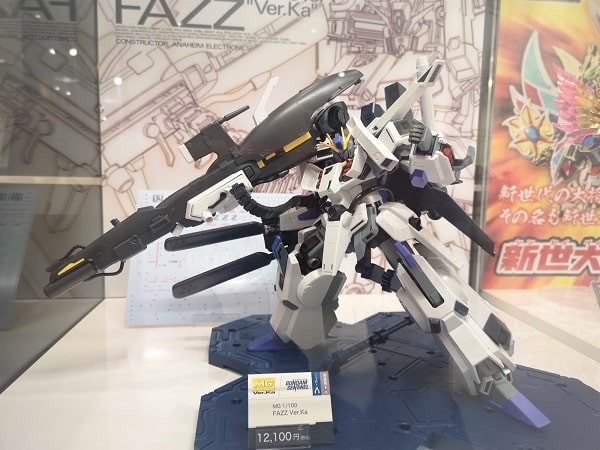 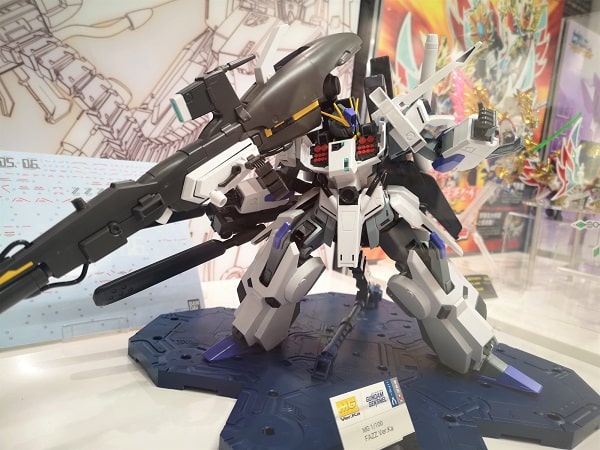 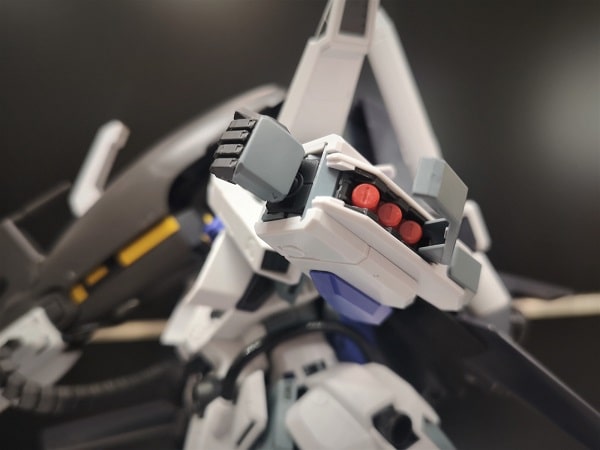 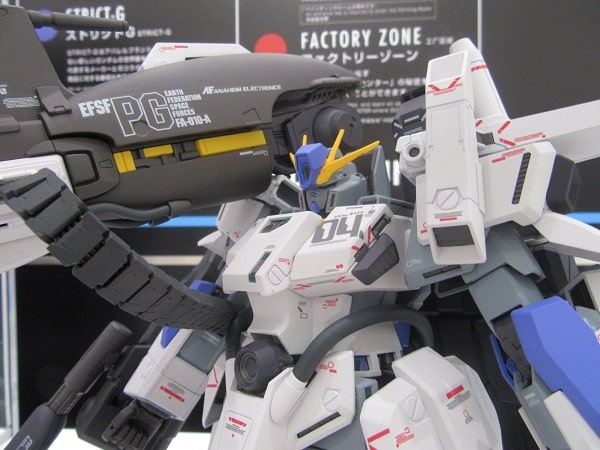 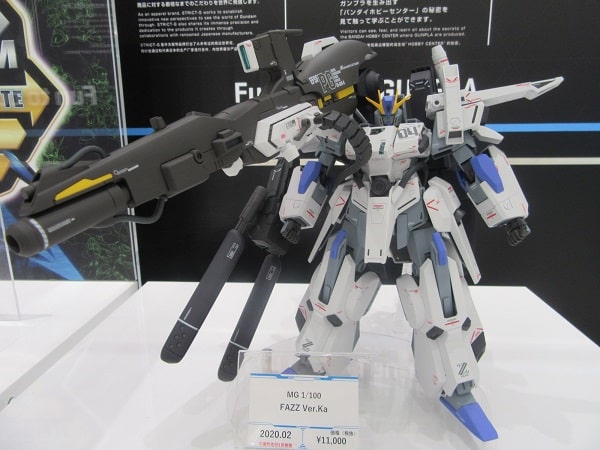 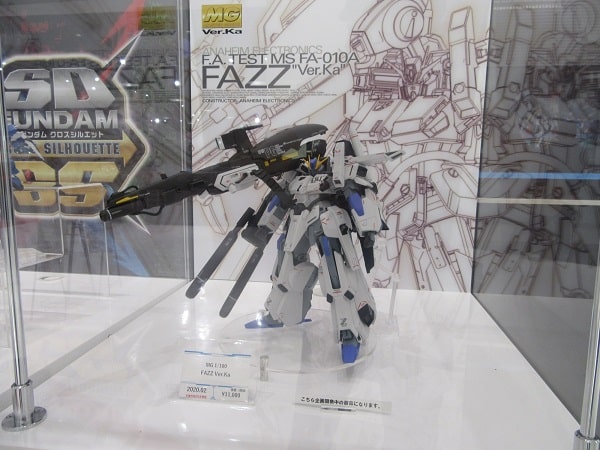 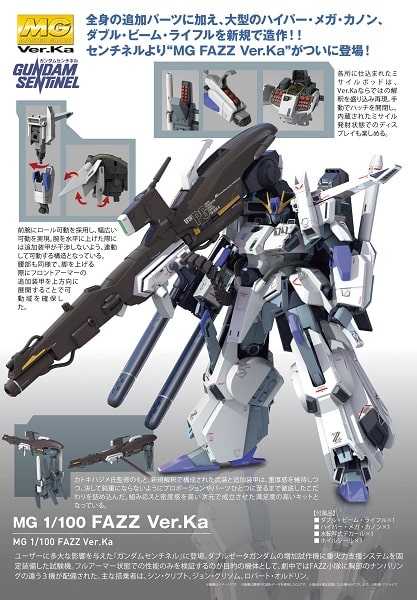 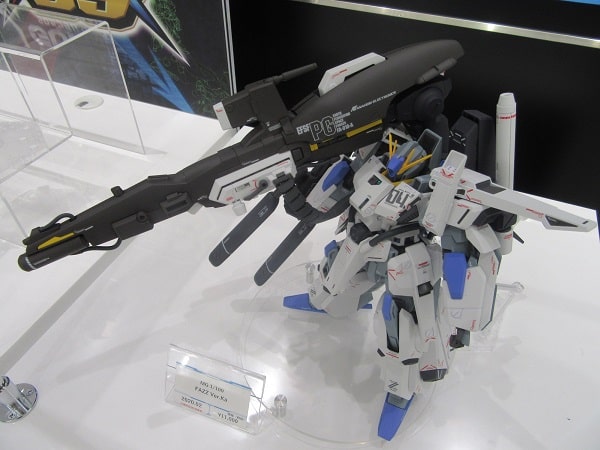