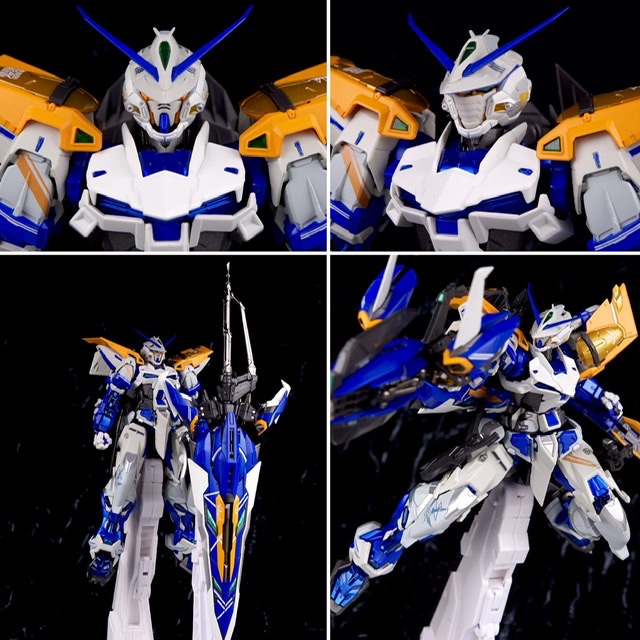 The blue frame has appeared before, but this time it is a second revise , so the appearance has changed significantly, and while it was glossy polycarbonate before, this time it is a matte paint, so the texture is different.
The modeling is very cool with the sharpness like a metal build such as the head and shoulders of the new part, the painting and marking are accurate, the joints etc. are the same as before, but the movement is generally good, and the main weapon Tactical Arms II is very cool.

Tactical Arms II
A significant upgrade over the original Tactical Arms seen on the Blue Frame Second L, the Tactical Arms II remains a multifunctional equipment capable of functioning as a flight pack or a weapon. The newly added Sword Arm and Gatling Arm improves the weapon’s versatility in close and ranged combat respectively. Just like the original, it is built by Lowe.

Flight Form
The standard form of the Tactical Arms II, it provides the Blue Frame 2nd Revise with flight capability. By adjusting the position of the folded wing-like components, it can allow the MS to move in an irregular manner, making it difficult for the enemy to aim. The mounted Gatling gun can be used in this form for shooting at pursuing enemy units.

Sword Form
The Tactical Arms II is capable of folding into a 20-meter large sword, which can also function as a shield due to its size. The blade has an incredibly sharp edge and even if it did not damage the enemy’s armor, the impact due to its size can damage internal components or badly rattle the pilot, and may even lead to unconsciousness in serious cases. The sword blades can be split apart to allow the use of the Gatling gun in this form.

Sword Arm
A new form of the Tactical Arms II, the blades of the Tactical Arms II detaches from the Gatling gun and are attached to the Blue Frame 2nd Revise’s arms. Two energy beams then protrude from the separated halves. Compared to Sword Mode, Sword Arm Mode are more convenient and are often used against melee combat orientated enemy.

Gatling Form
Often used by Gai to destroy bases and facilities, the four barrelled 90mm Gatling gun has the highest accuracy when used in this form. In this form, the sword blades are used to make a balancing stand to stabilize the gun while firing, and can also protect the MS from enemy fire as well as serves as heat sinks during prolong shooting. Physical projectiles and beams can be fired from two barrels each, a mix of both is also possible. This form also mounts the additional power pack stored on the Blue Frame 2nd Revise’s rear skirt armor.

Gatling Arm
A smaller, handheld version of the Gatling form, it does not have the blades of the Tactical Arms II. This makes it easier for Gai to fire upon multiple targets but has lower accuracy.

Supercavitating Torpedo Launcher
A handheld weapon used by Blue Frame 2nd Revise when it is equipped with Scale System. The rifle is mounted with 6 supercavitating torpedoes for ranged aquatic combat.

It is unknown if Blue Frame 2nd Revise retains the external connector of the original Blue Frame as it is never mentioned in any material. 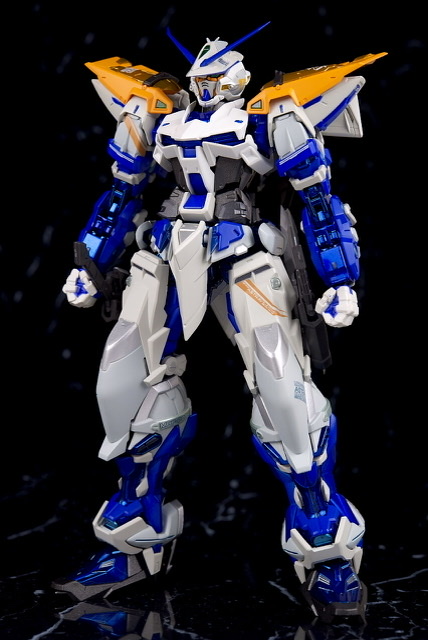 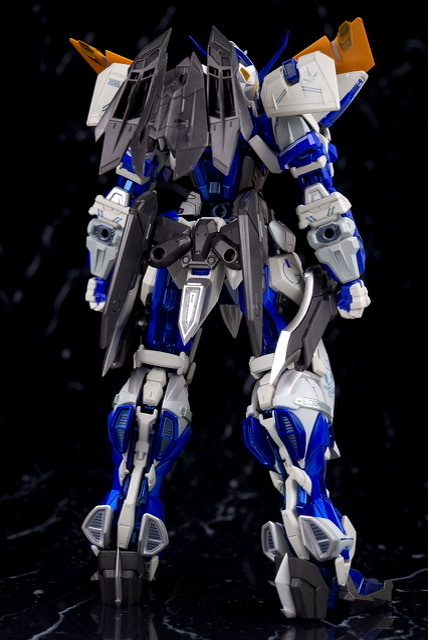 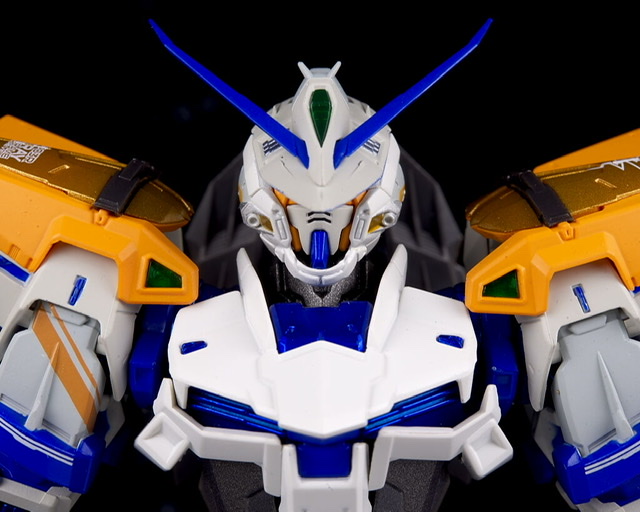 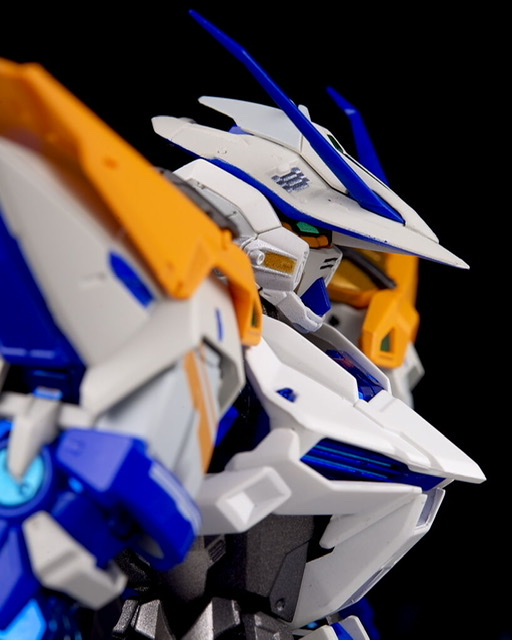 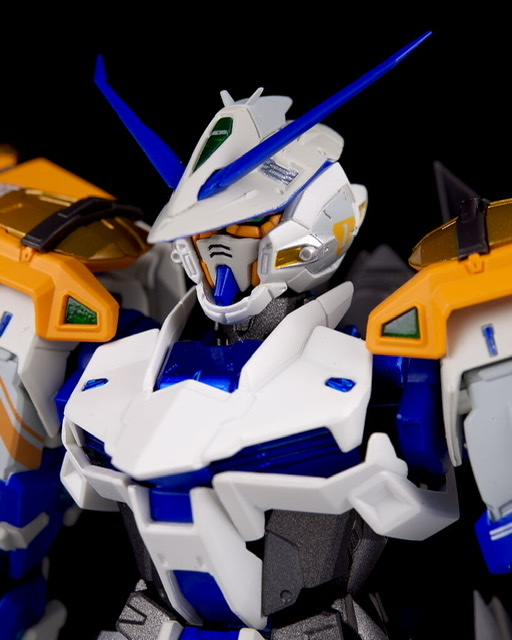 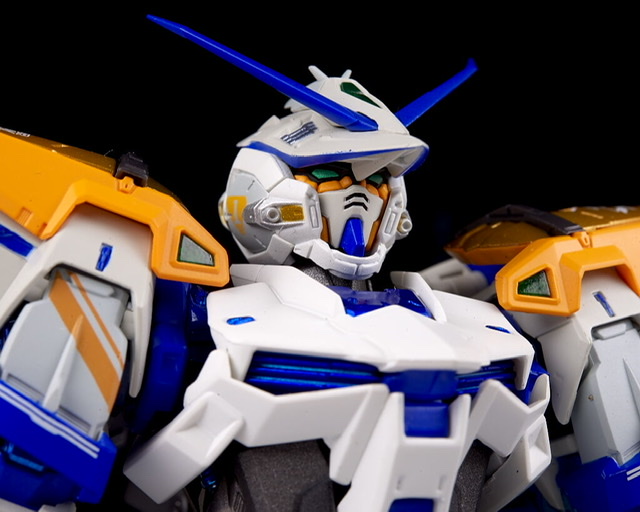 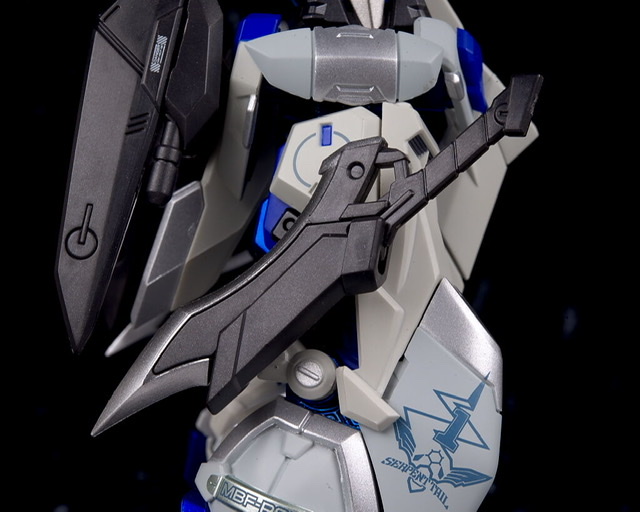 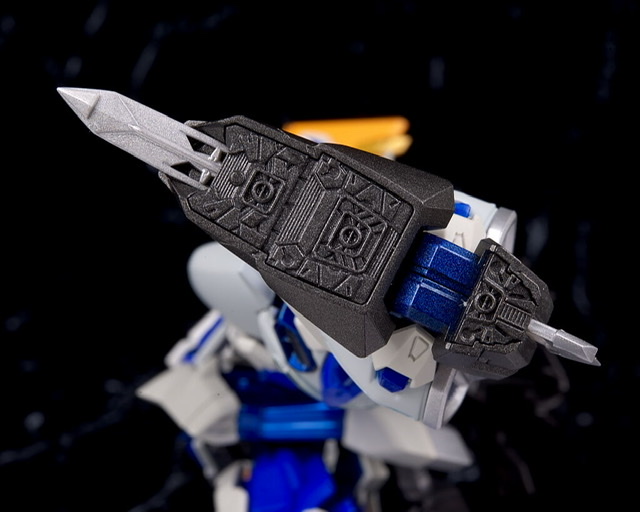 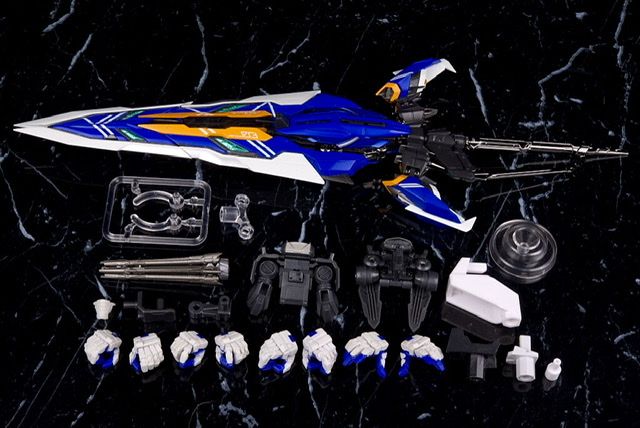 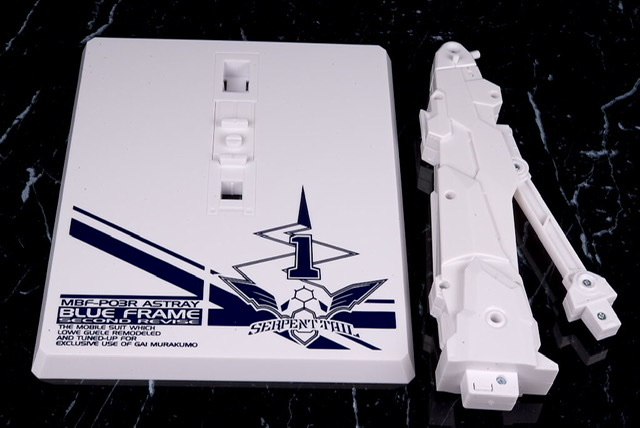 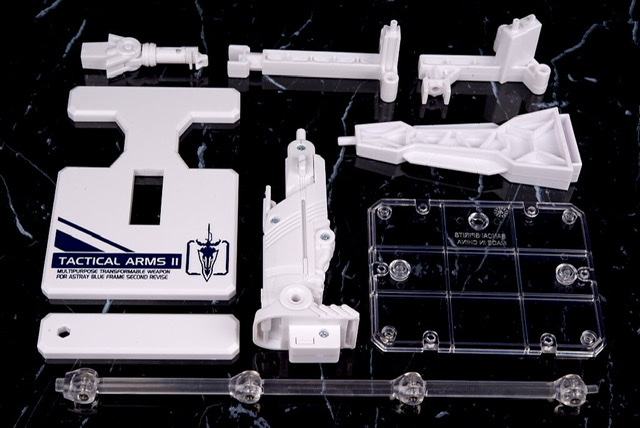 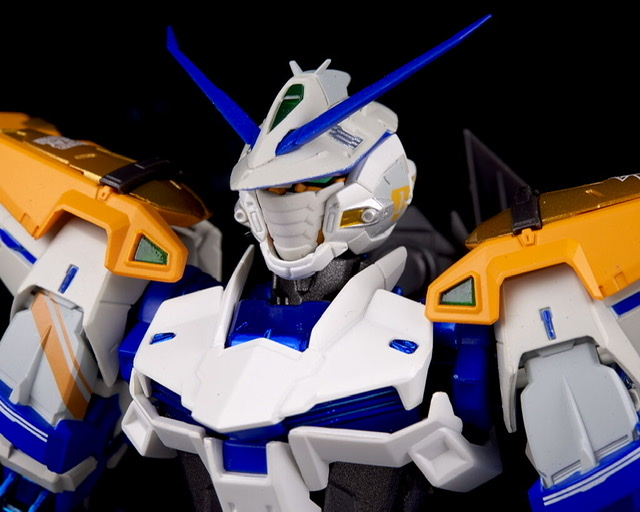 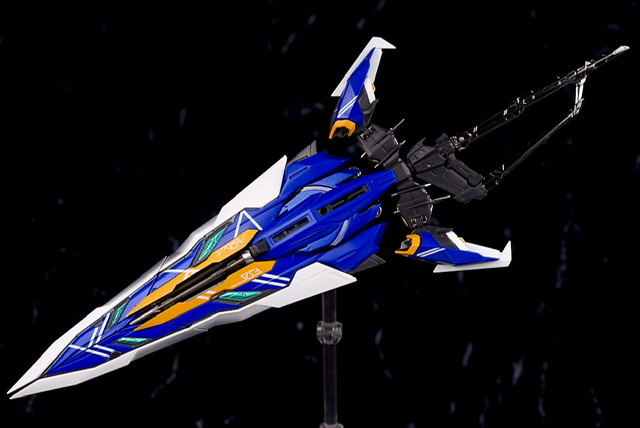 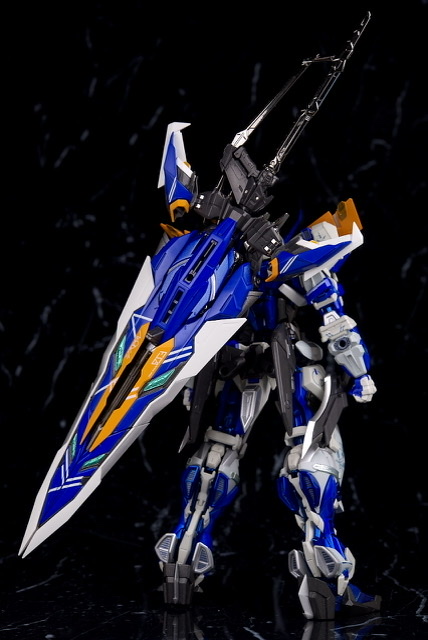 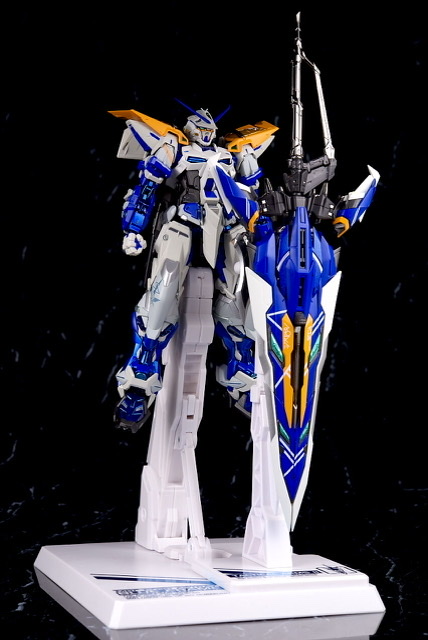 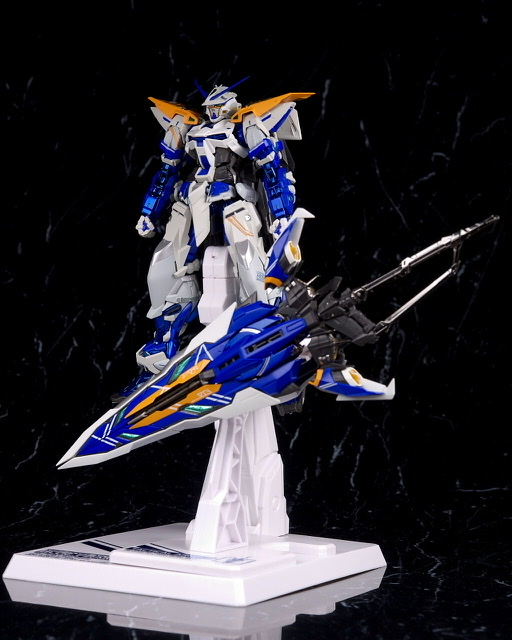 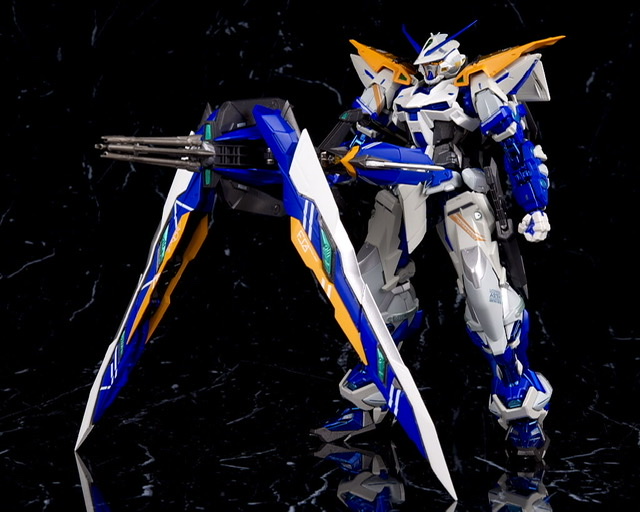 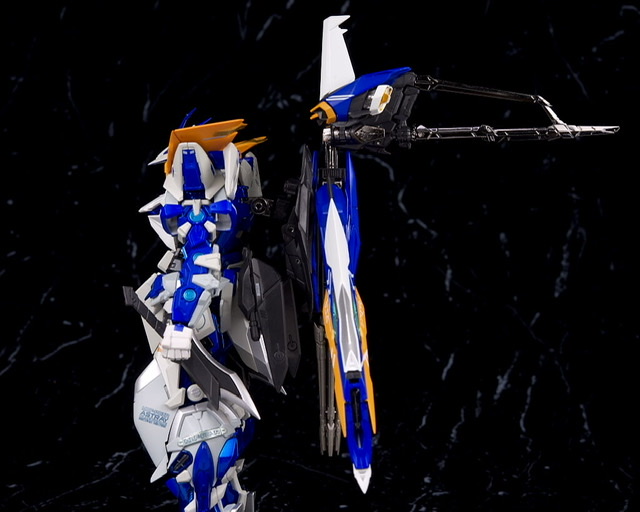 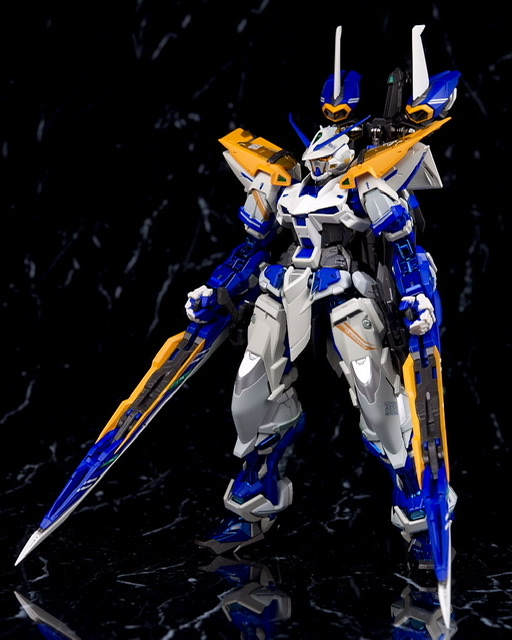 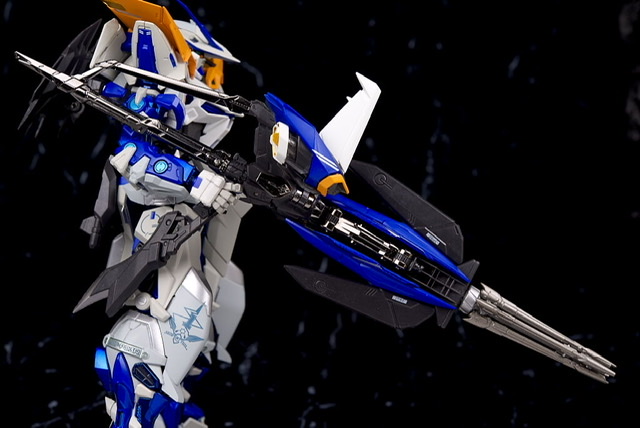 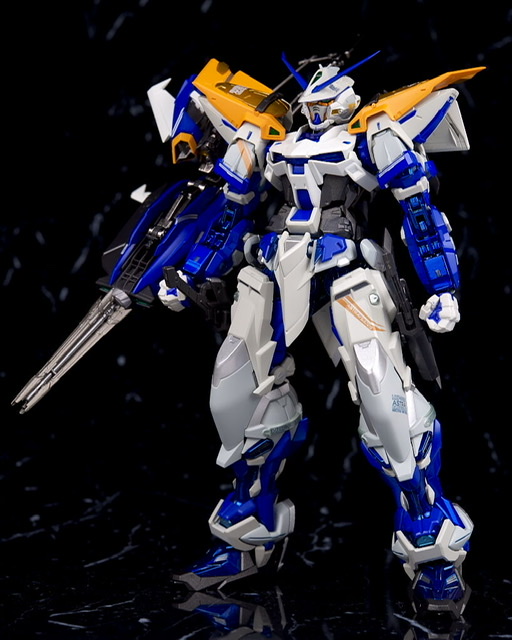 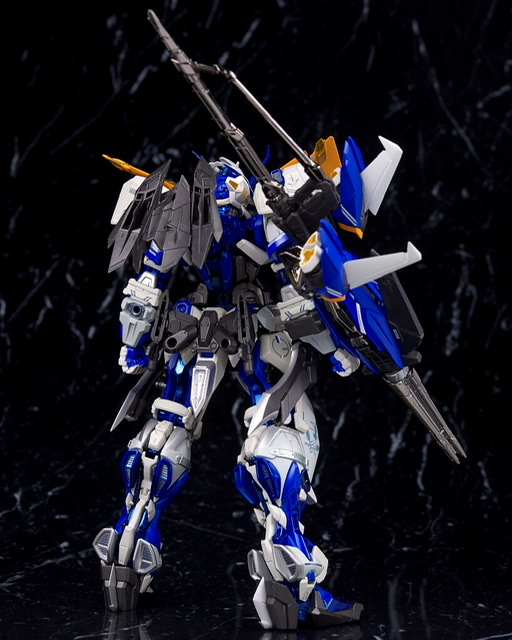 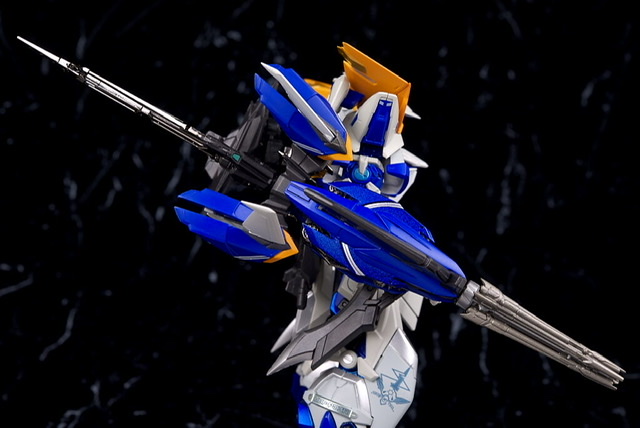 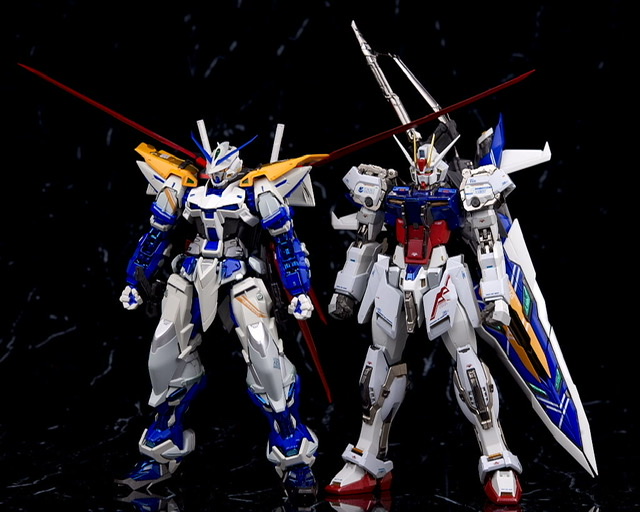 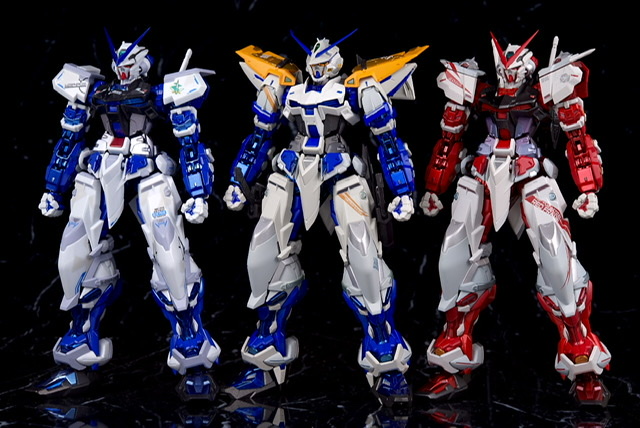 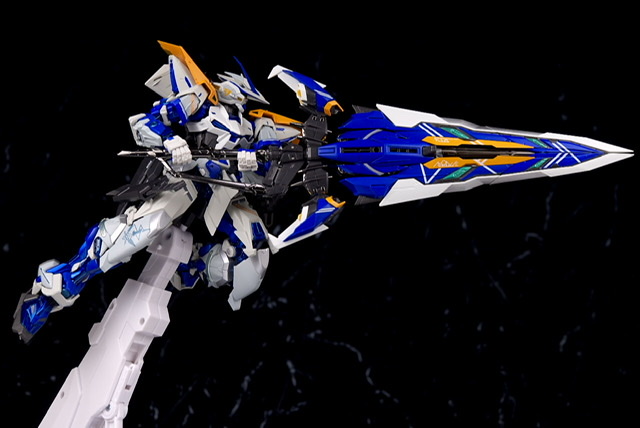 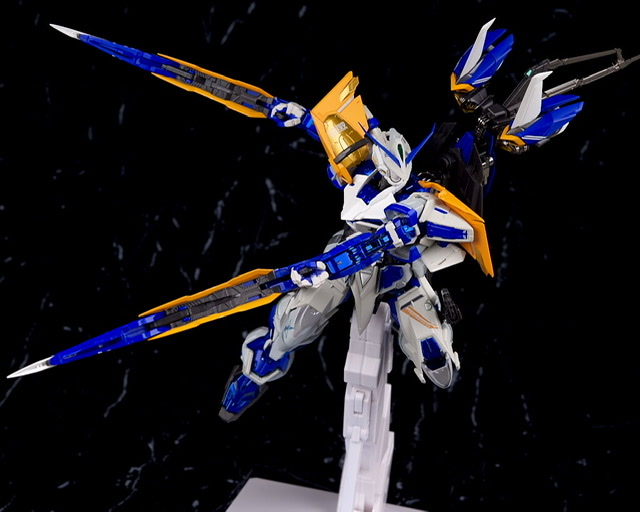 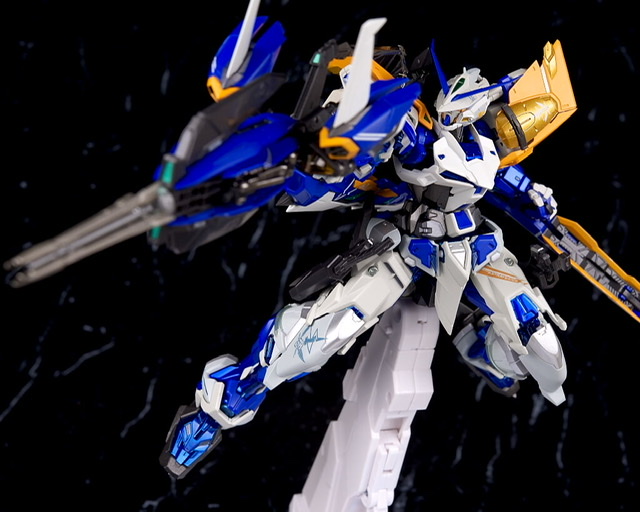 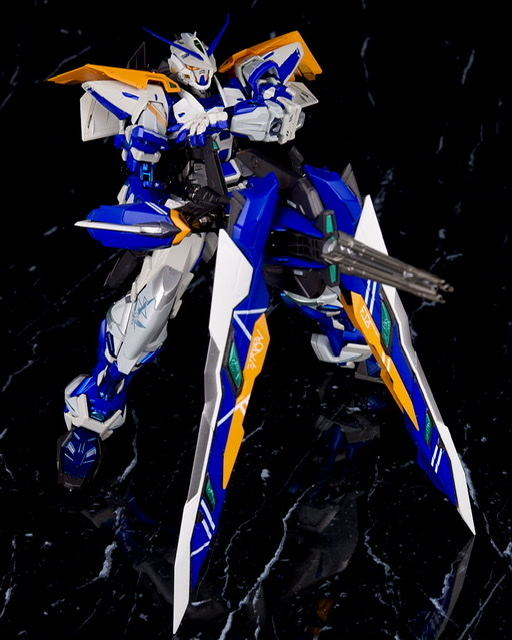