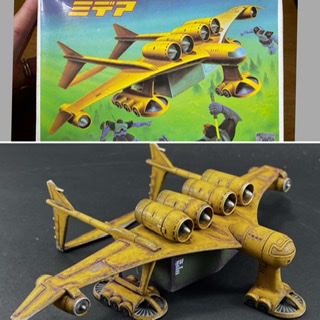 The Medea Transport Plane is a cargo aircraft utilized by the Earth Federation Forces, and has greater speed and operating range than the Gunperry Transport Plane. Originally used to carry supplies and vital cargo, the Medea transport plane would soon be converted to be able to carry a team of three mobile suits. These mobile suits could be carried simply from one Earth Federation base to another, to supply the front-lines of the battlefield, or the mobile suits could be dropped from the plane into hot-spots of conflict, landing safely via their thrusters and parachutes.
To defend itself, the Medea transport plane has a pair of 2-barrel anti-air machine guns. Though these weapons provide some measure of protection, their usefulness against the agile Dopp Fighter or the heavy armor of a mobile suit is minimal to non-existent, making it dangerous for the Medea to traverse through areas of conflict without an escort.

Joint erasing
Boli with more streaks
File
Painted with silver
Painted with yellow ocher
weathering:
I washed it with purple oil paint.
I also have a black pastel shadow and a silver dry brush. 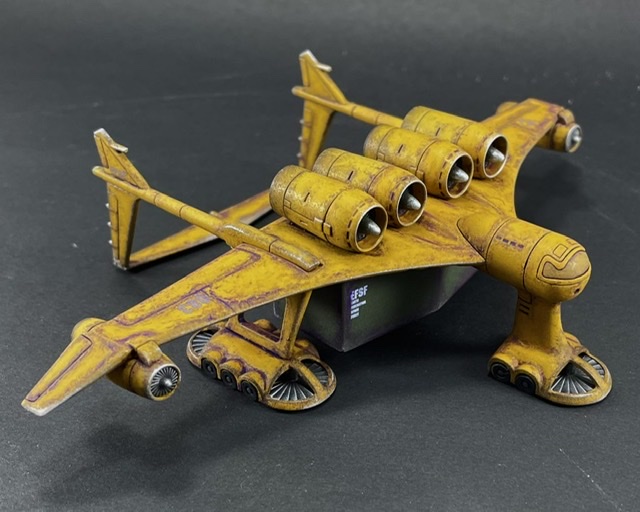 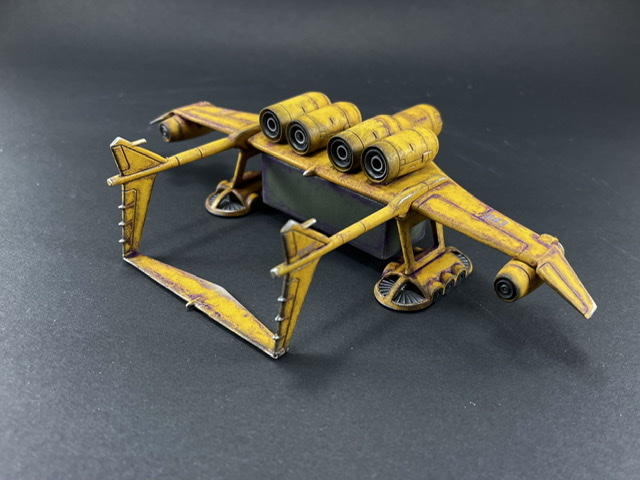 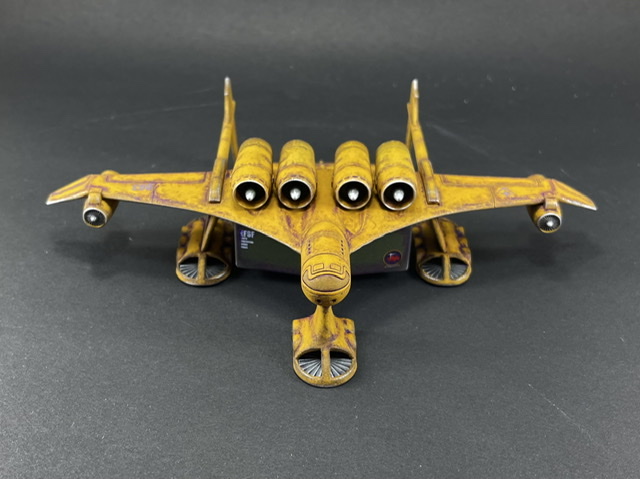 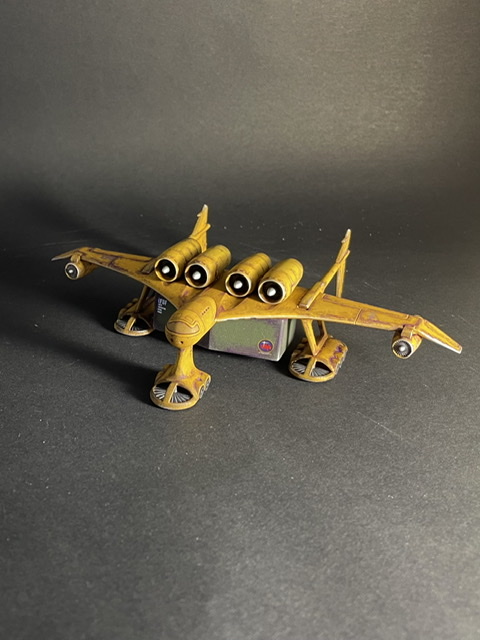 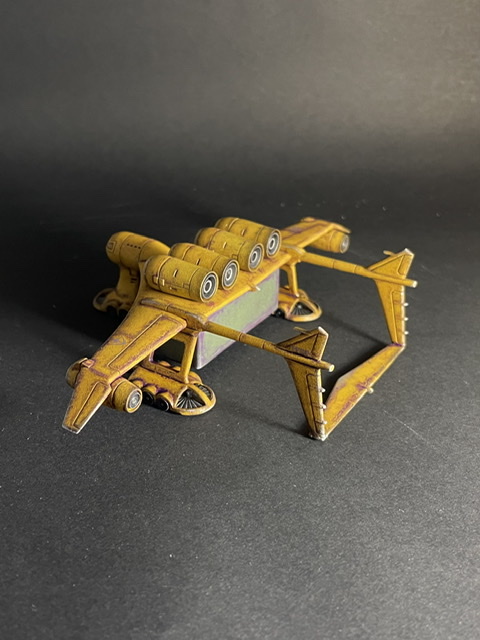 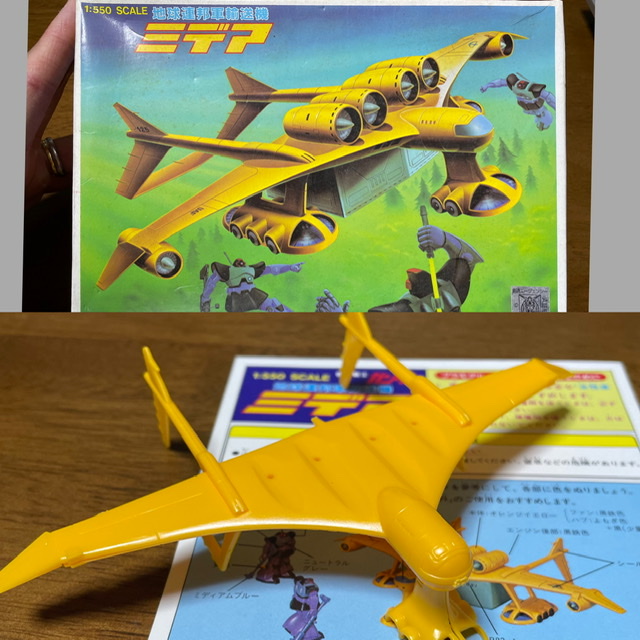 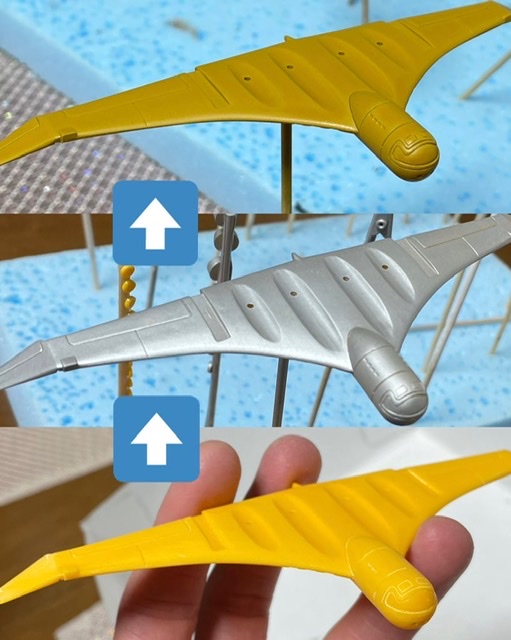 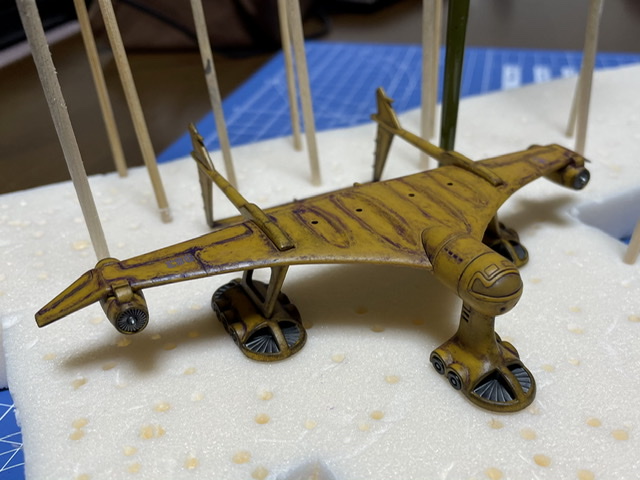 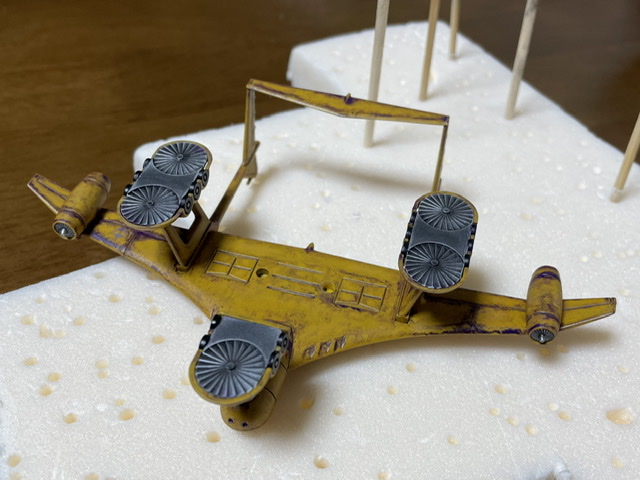