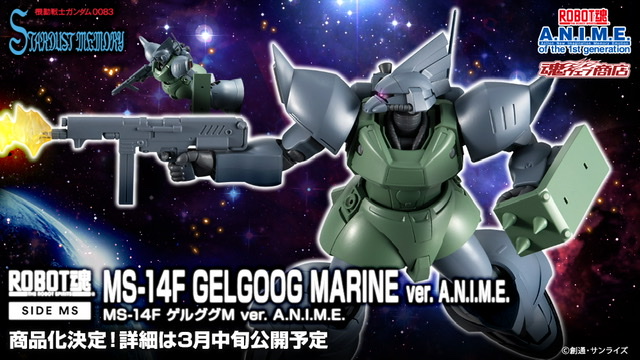 The Gelgoog Marine is a late variant of Zeon’s final mass-produced mobile suit, the MS-14A Gelgoog. As its name implies, it was developed exclusively for Zeon’s marine corps, who carried out a variety of special missions in space during the One Year War. With its stronger armor, improved vernier thrusters, and external propellant tanks, the Gelgoog Marine boasts performance far surpassing that of the standard Gelgoog.

Since it was produced at the end of the war, the Gelgoog Marine didn’t see much combat. In U.C.0083, roughly 30 of them participated in the Delaz Fleet’s Operation Stardust as part of the renegade Cima Fleet. Others were captured by the Earth Federation and used as aggressor units for rookie pilots. 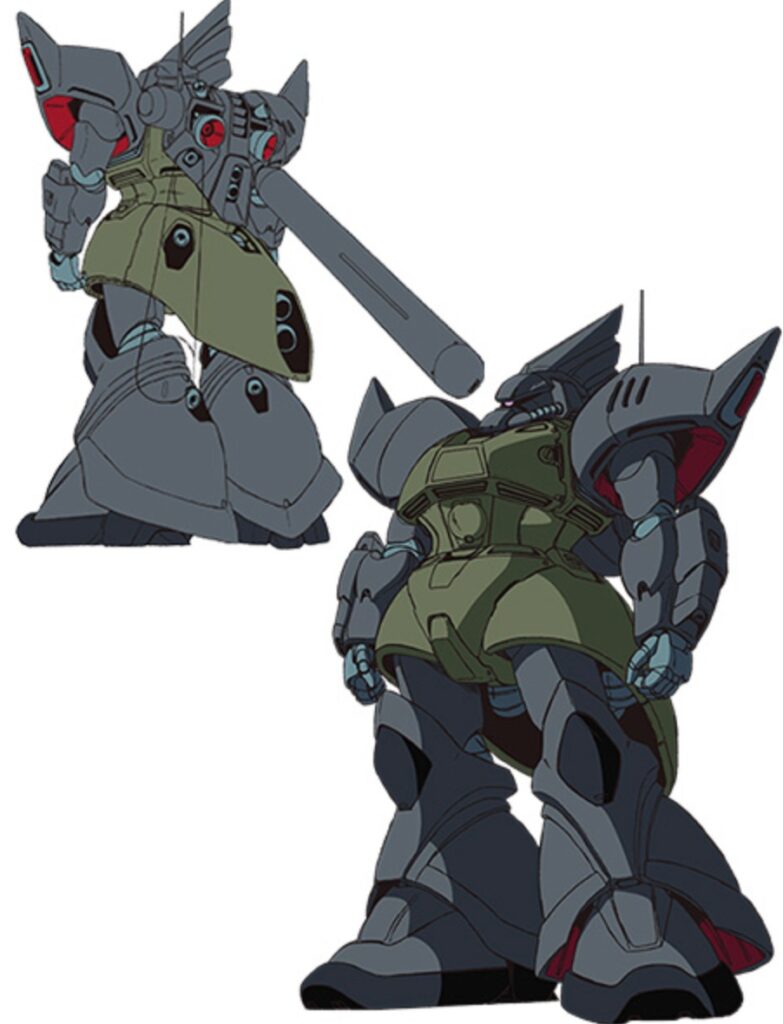