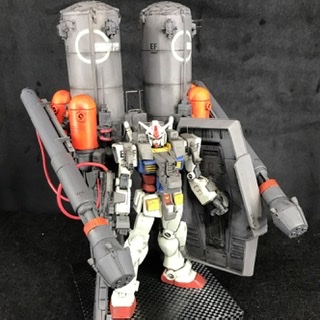 As the One Year War was drawing to a close, the Earth Federation created Mobile suit designs aimed to develop anti-fortress weapons for the forthcoming battles of Solomon and A Baoa Qu codenamed “Solomon Express”. One of these plans, the “Solomon Express G-2” was intended to modify the RX-78-2 Gundam into a nuclear-equipped weapons platform. The G-2 would feature new armor components on its torso and two large liquid Hydrogen-propelled boosters on its back, and the addition of a special targeting sensor on the right eye camera, which was able to follow quick moving objects. Its was designed to deliver thermonuclear warheads, which was a violation of the Antarctic Treaty at the time of the G-2’s conceptualization.

Solomon Express!
I was finally able to make something I’ve always wanted to make.
EG Gundam was used
The rifle for EG Gundam is Gundam Unit 4, the contents of the shield are Gundam shields, and the others are scratches.
The tank is a combination of a gray hair dyeing container and 100 uniform light
The shield is a plastic plate work with the Gundam shield as the core.
Illustration by Makoto Kobayashi
I’m glad I got it in shape

It is the state before painting.
Vernier is also my own work.
Inside the shield.
Tank assembly. 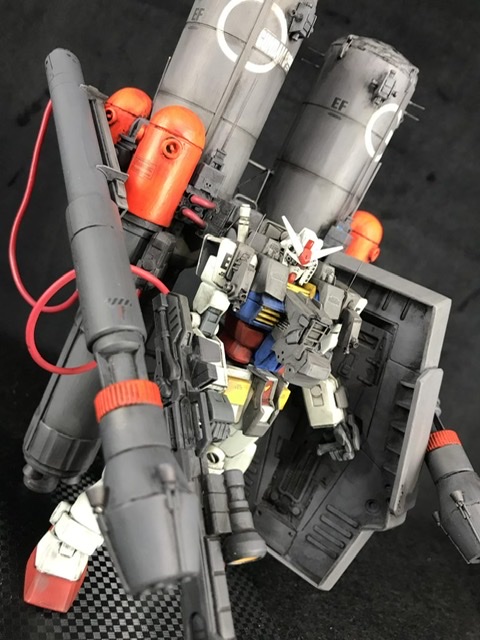 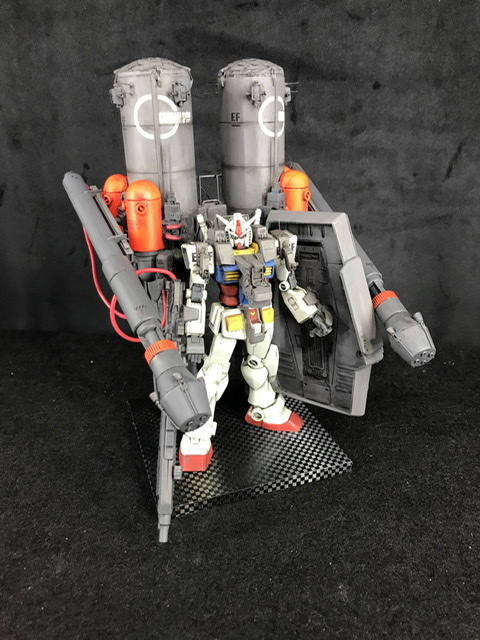 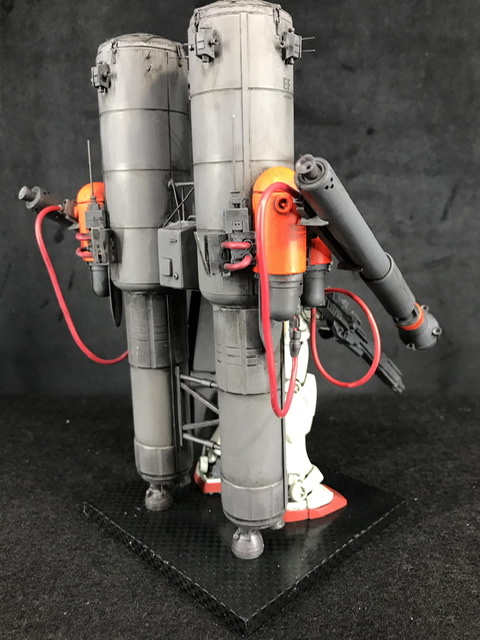 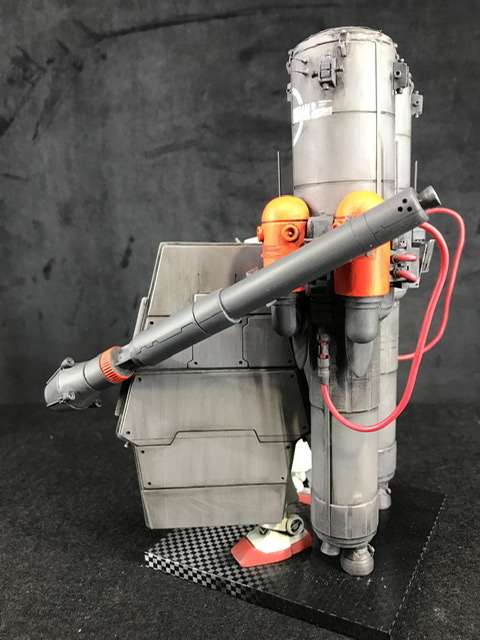 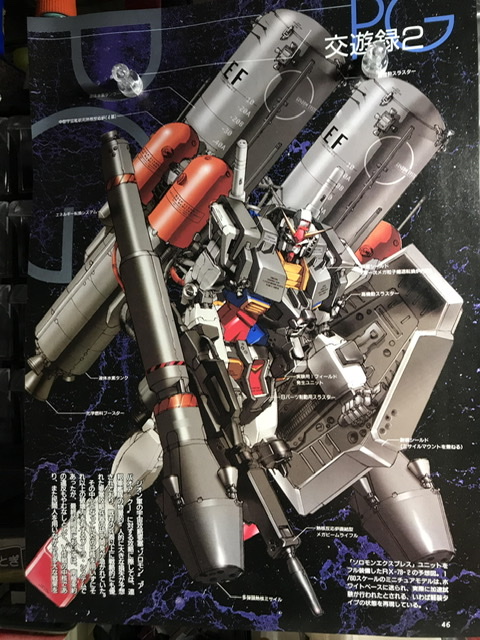 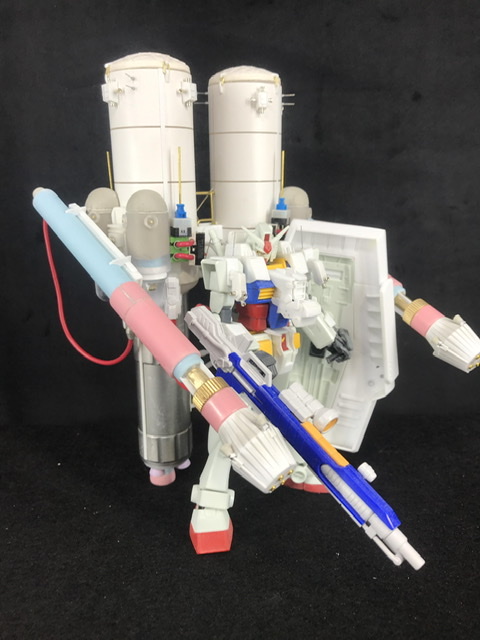 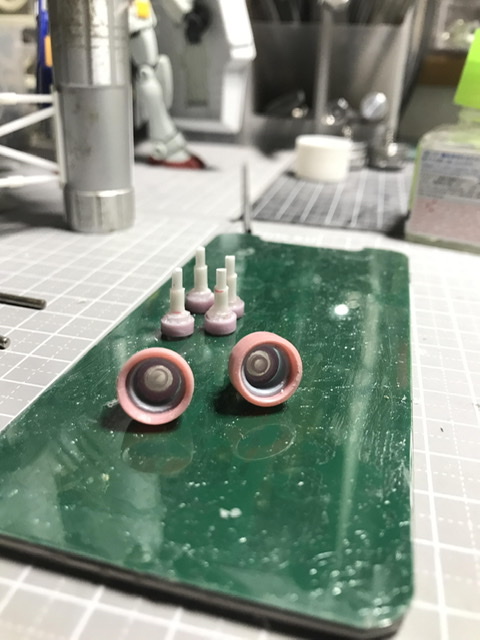 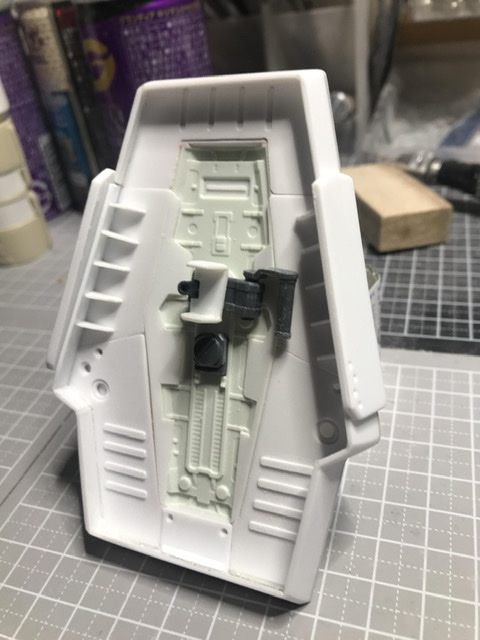