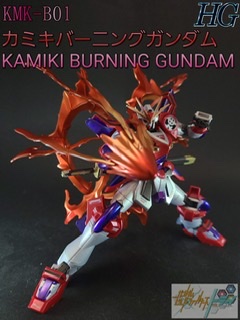 It features red coloring and blue clear parts that are based on try-burning, and the word “God” is engraved on the left shoulder.
It is designed on the assumption that it will be operated by Sekai himself, and cannot show its true value in other fighters.
In burst mode, particles in the shape of a sun ring are emitted from the back. Equipped with a swinging sword on the back of the waist, it is also used as a catalyst when the sword of fire is activated.
In “Island Wars”, the left shoulder is equipped with a function that emits a beam from the character “God” to ward off enemies, and a new function that turns a wingman into Plavsky particles and fuses it with your own machine. Then, it demonstrates overwhelming power to stop even falling colonies. In addition, summon the Golden God Superior Kaiser and defeat the Scramble Gundam with a single blow.
Black light 1
Black light 2
Black light 3 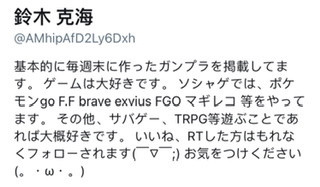 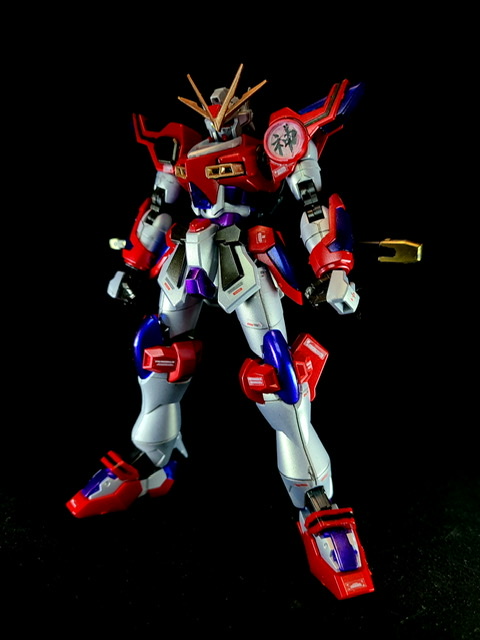 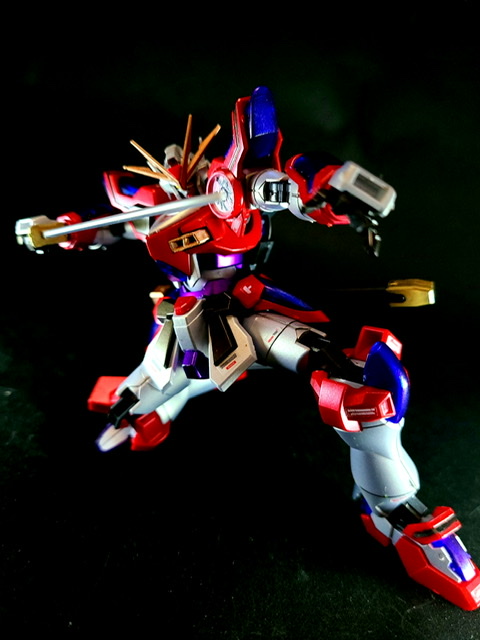 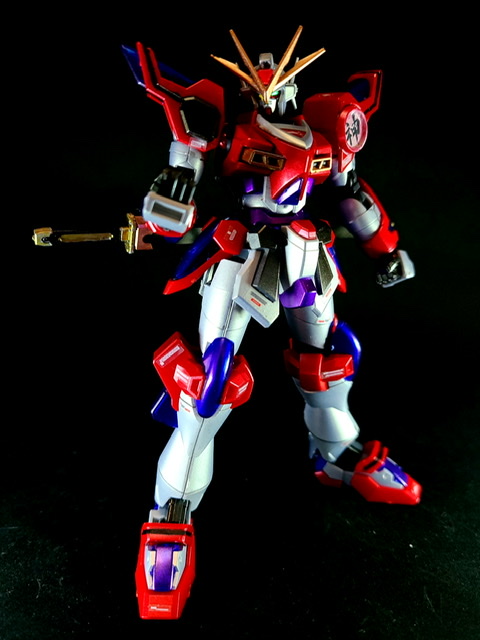 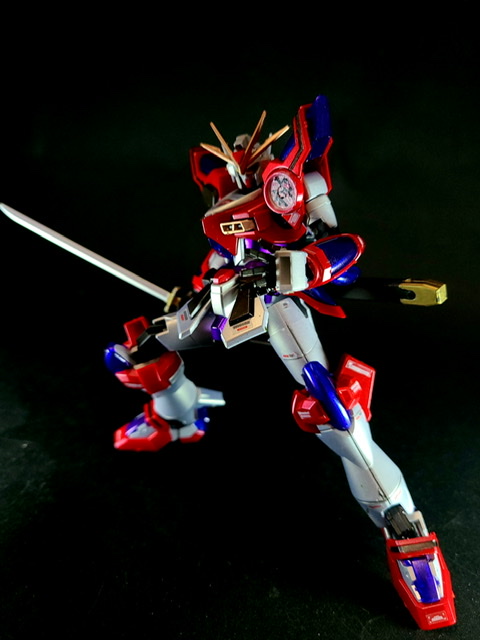 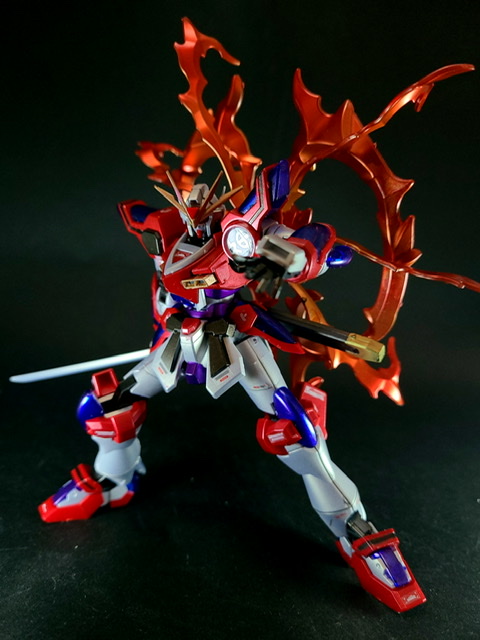 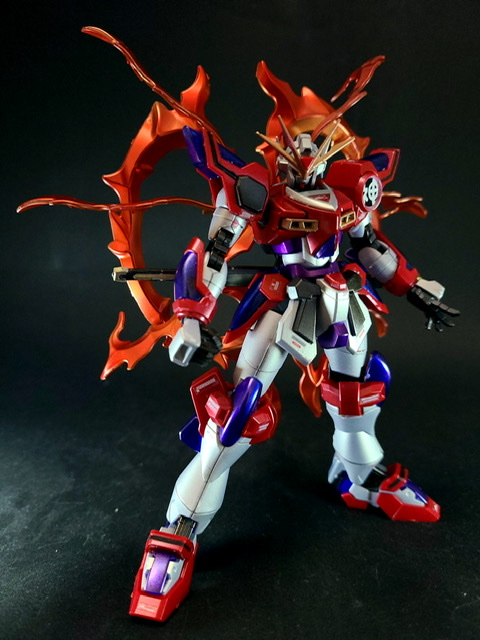 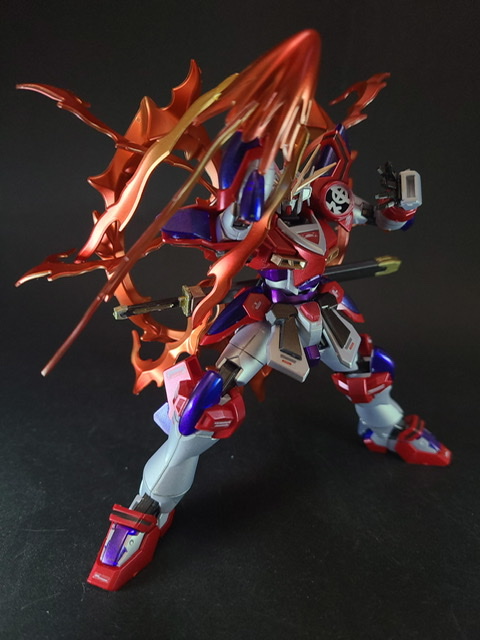 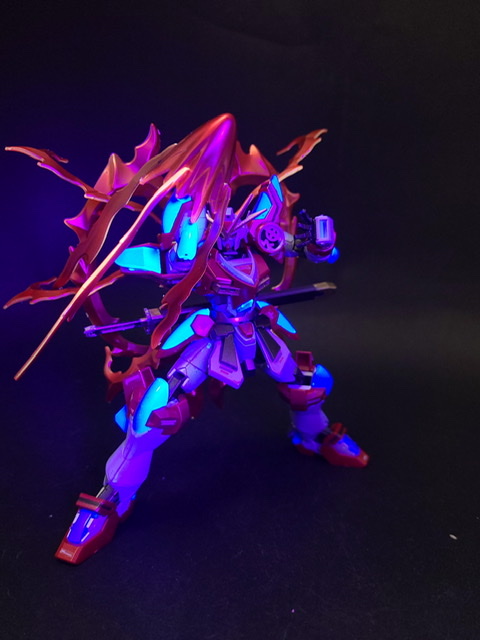 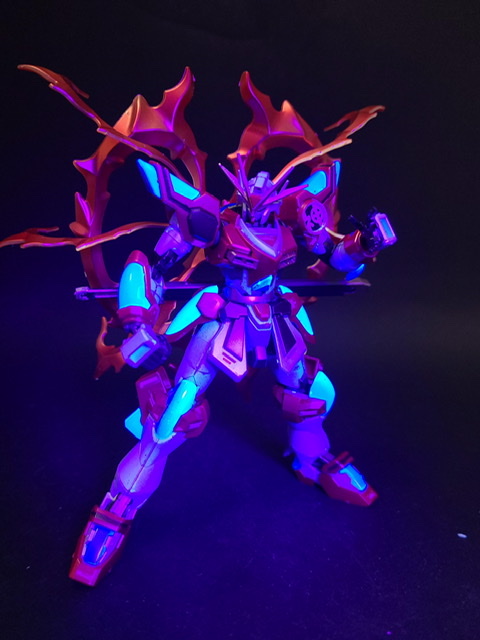 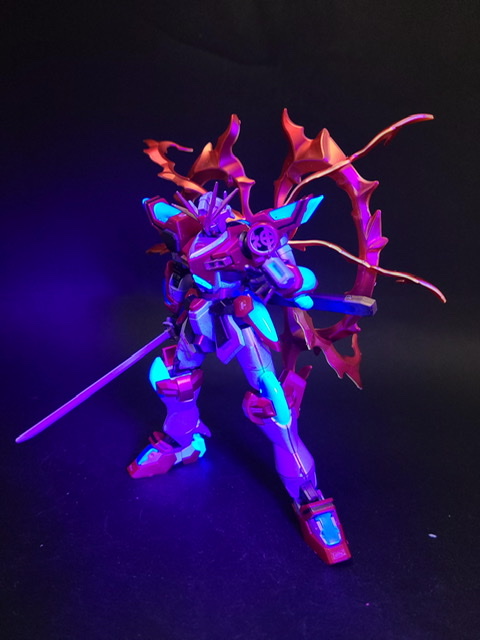