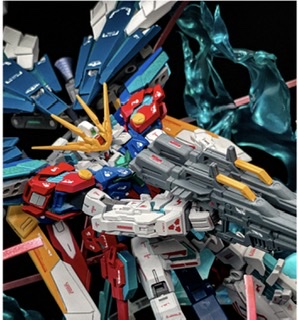 I tried mixing in a wing zero style using unicorn and junk parts based on Core Gundam II
The name is “Wing Gundam RX-zero”
Core Gundam II has been refurbished and colored in a Wing Gundam style.
The parts of the wing are diverted from the wing of the old kit. I made it by scratching because I used only the end wings for another mixing
The short size buster rifle tank was also scratched and matched with the plug
The size that fits the core Gundam
I changed the color of the saber to green to match the wing.
The bird form is also colored with the motif of Wing Gundam

Completed !! Wing Gundam RX-zero
I mixed the coloring as close to Wing Zero as possible
Since the backpack is heavy with 4 shields attached, I adjusted the height and made it stand
I remodeled the shield at the time of the wing so that it can be attached to the waist
Weapons were added a bit as Extreme Twin Psycho Rifles
It was perfect because it has a connection like a buster rifle
By the way, I got the idea of ​​this mixing from this weapon
And Twin Buster Rifle Action !! I made an effect that is wrapped in the psycho field and ZERO system with the effect.
The diver gear has also been improved with some arrangements!
I couldn’t find it when I searched for shops in Tokyo or Chiba, but I found it with a red logo at a model shop in the neighboring town
Psycho frame is sprayed with black light 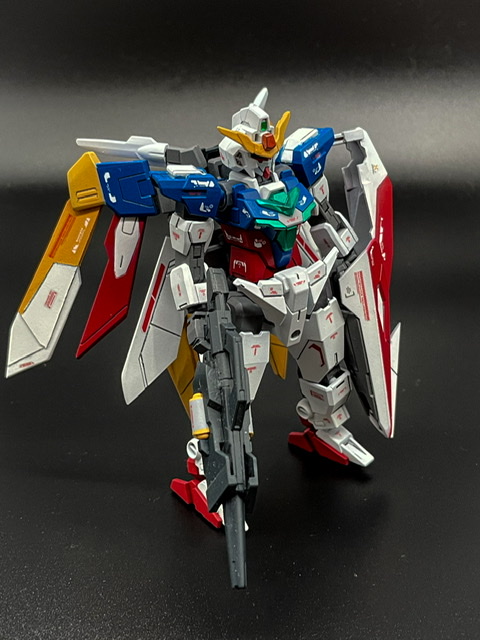 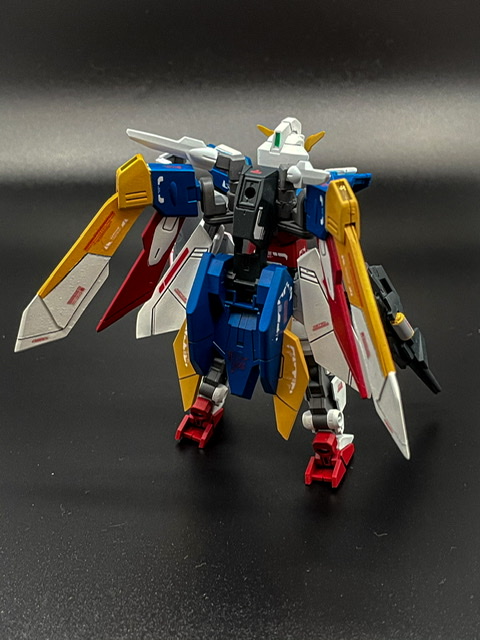 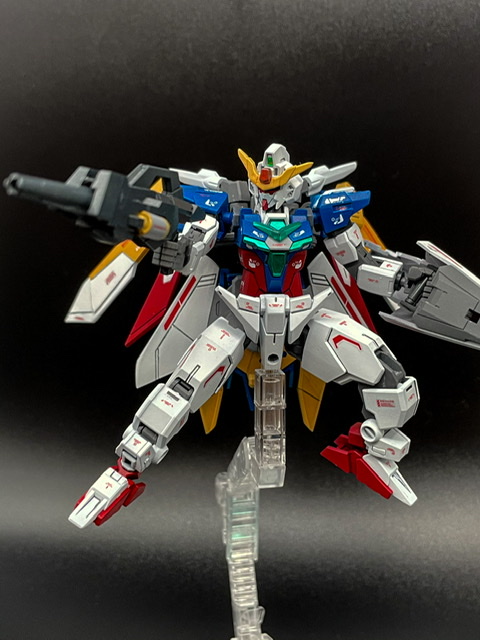 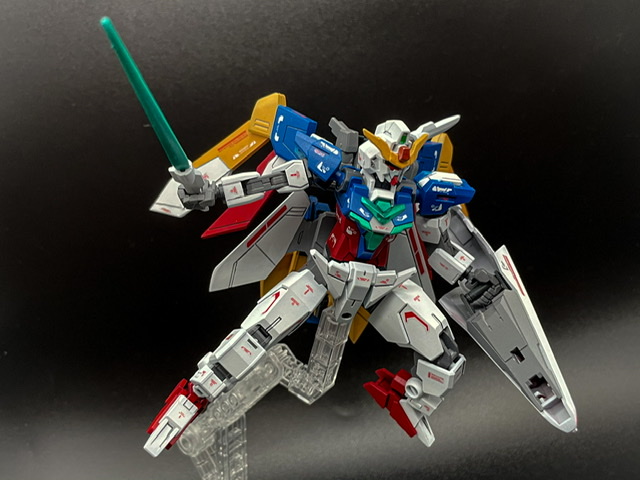 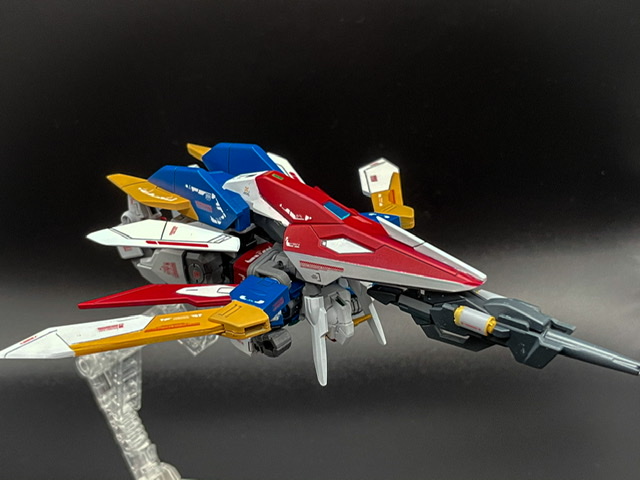 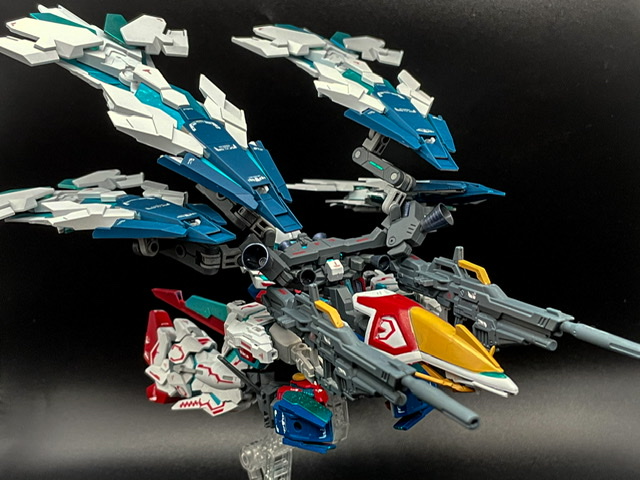 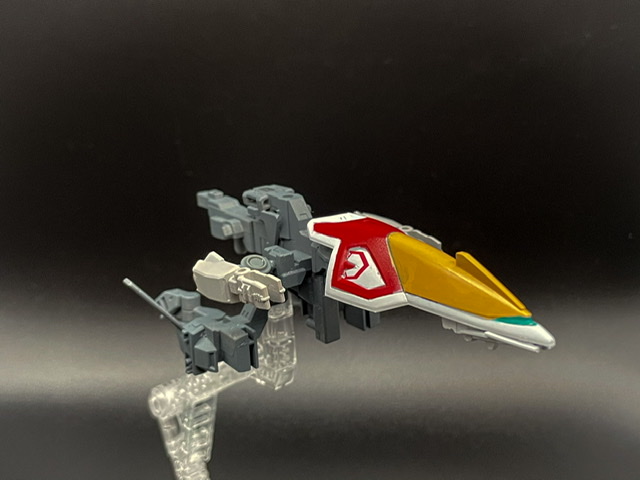 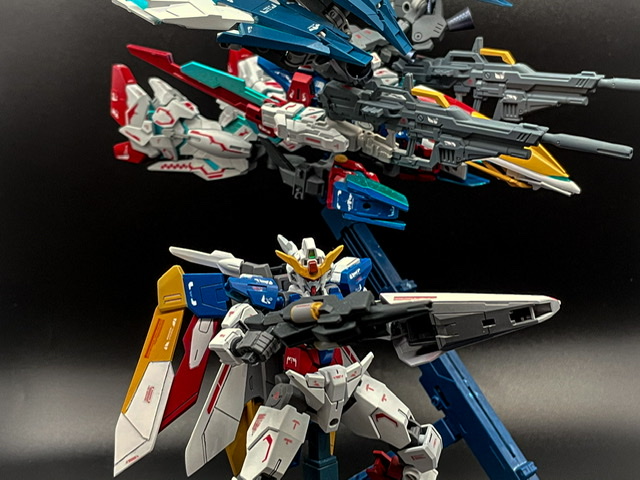 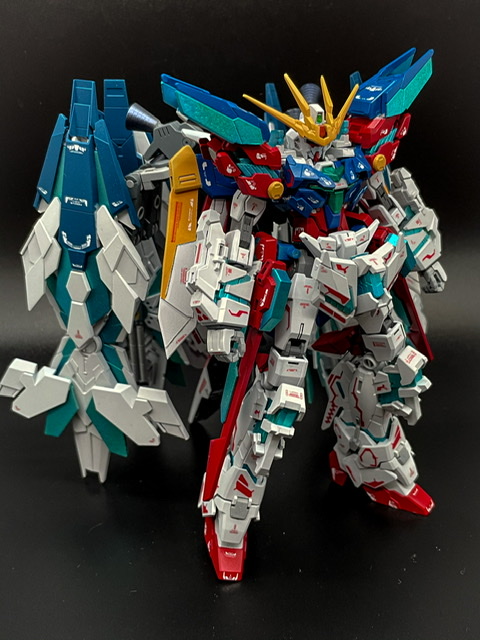 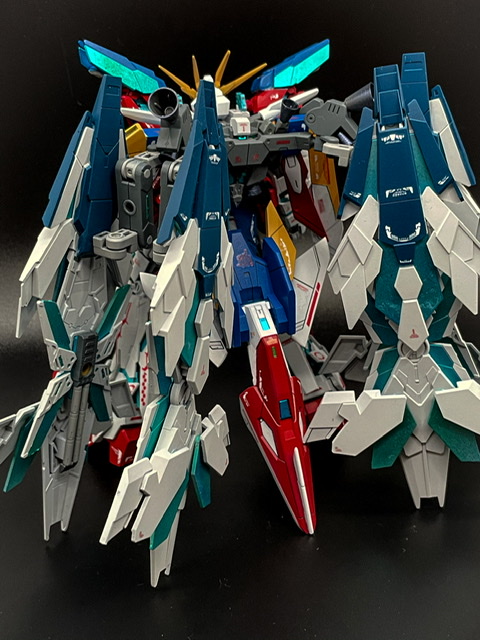 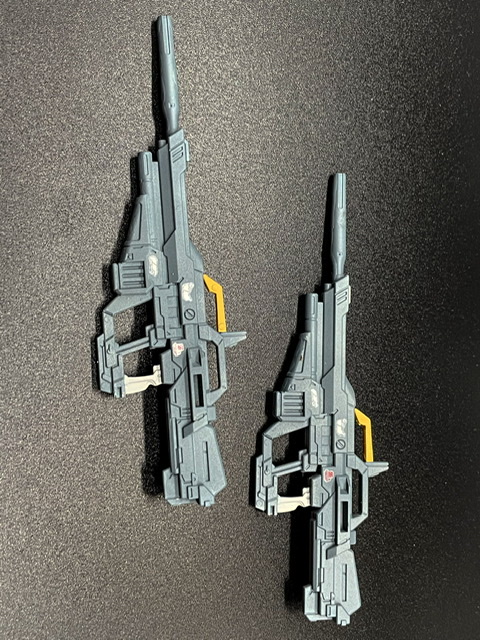 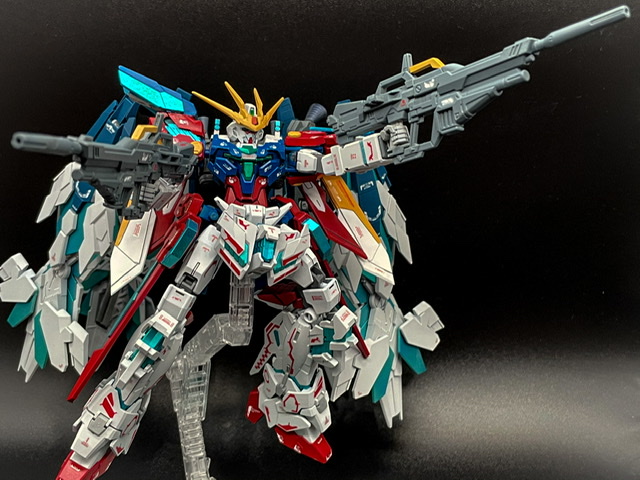 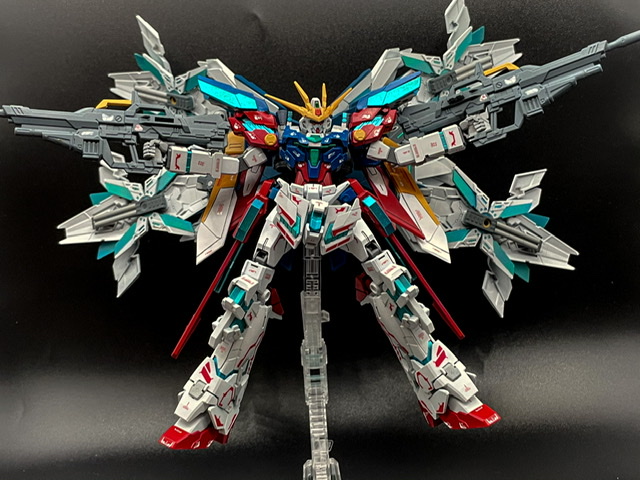 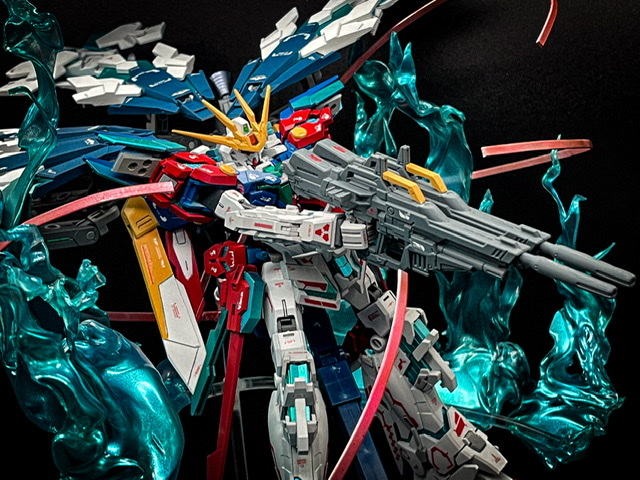 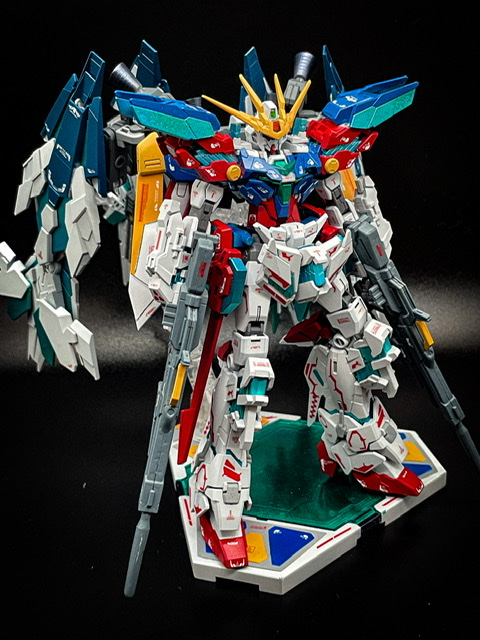 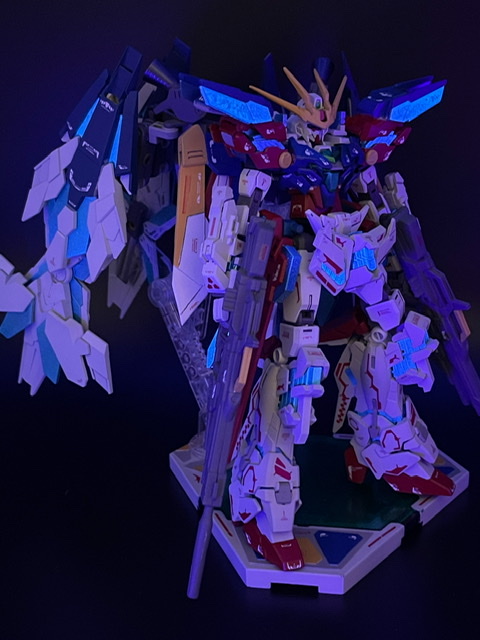