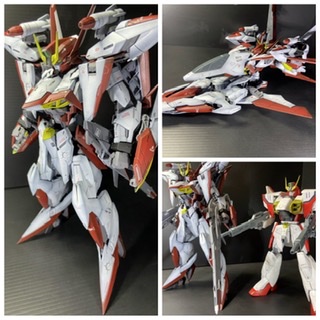 I tried to create MG Eclipse Gundam by bringing it to AirMaster, which has a lot in common.
I’m using the old kit Gundam AirMaster.
Equipped with an AirMaster silhouette will change the appearance.
A striker silhouette on the back and an additional wing docked on the side skirt.
The deformation that is also a feature of Eclipse and AirMaster has been reproduced firmly.
Eclipse and AirMaster are similar in appearance and settings, so I created it with momentum, but I was happy that I could reproduce it more than I thought it would be completed.

The characteristic AirMaster antenna was borrowed from the old kit and installed.
I have made it possible to equip AirMaster’s shoulder missiles using the parts that come with the Eclipse Gundam.

Before painting, I was worried that it would be well organized, but after painting, he became an AirMaster.

I also used many parts of the old 1/100 Airmaster that I made last year. The old kit of the X series is good, so I would like to continue to mix and post something! 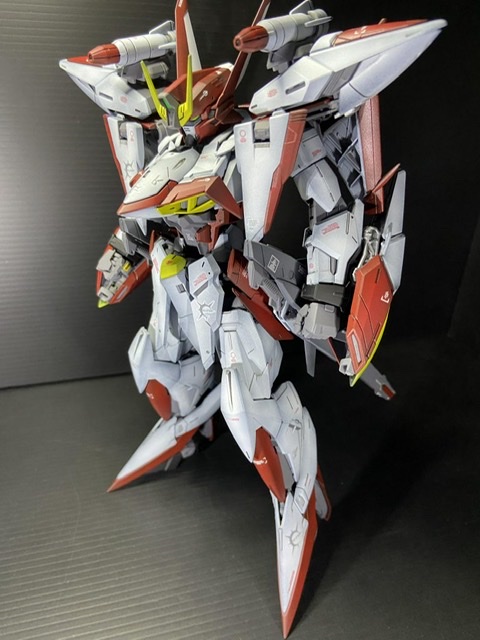 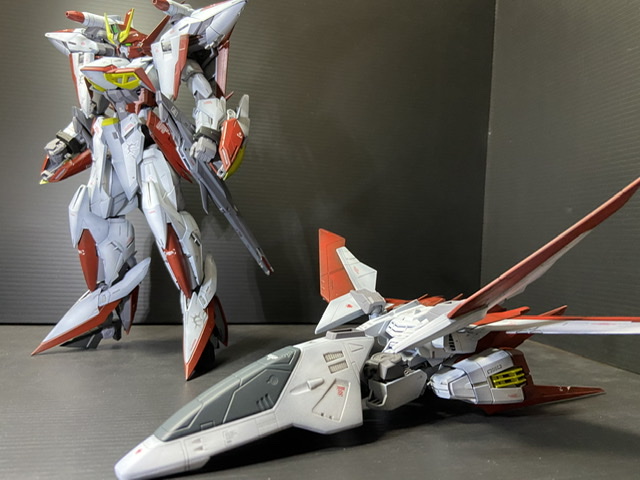 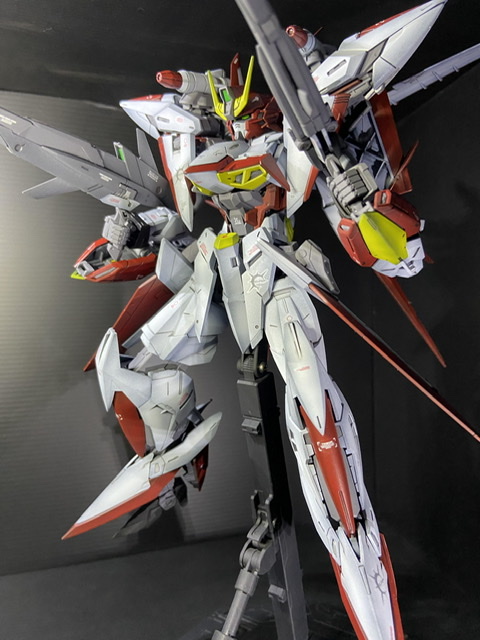 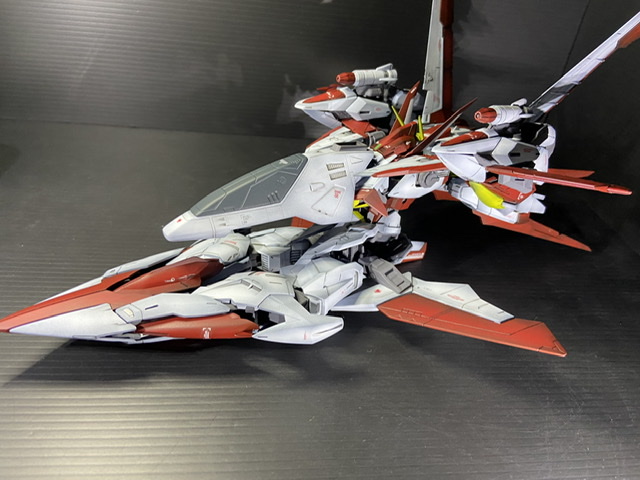 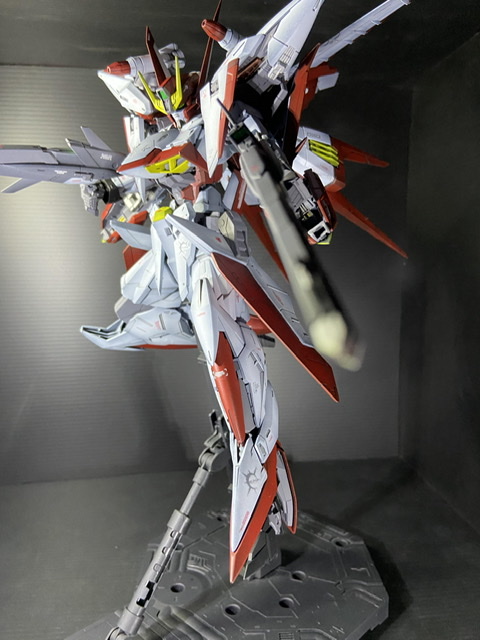 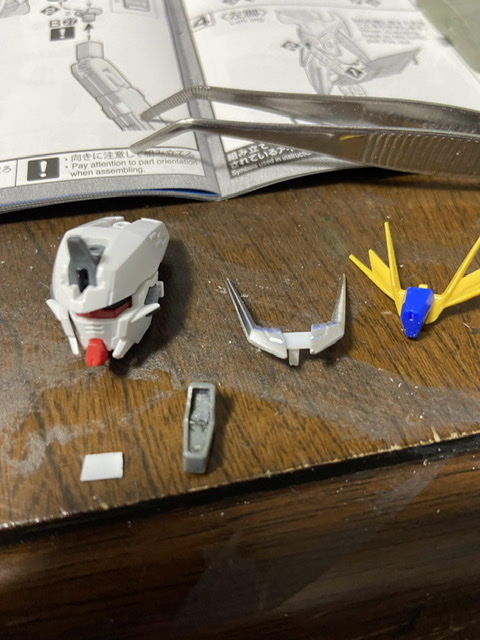 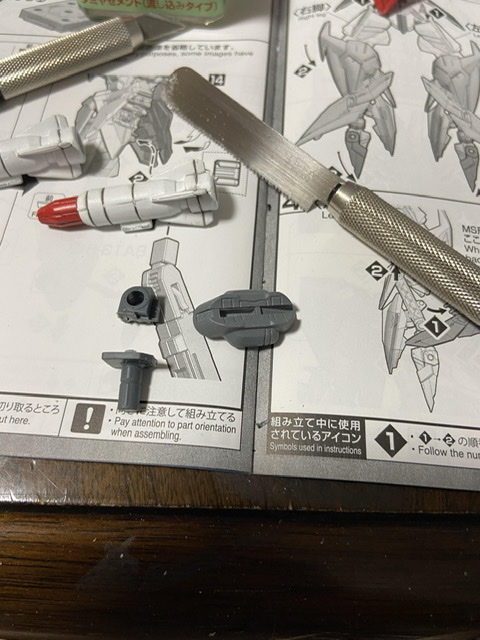 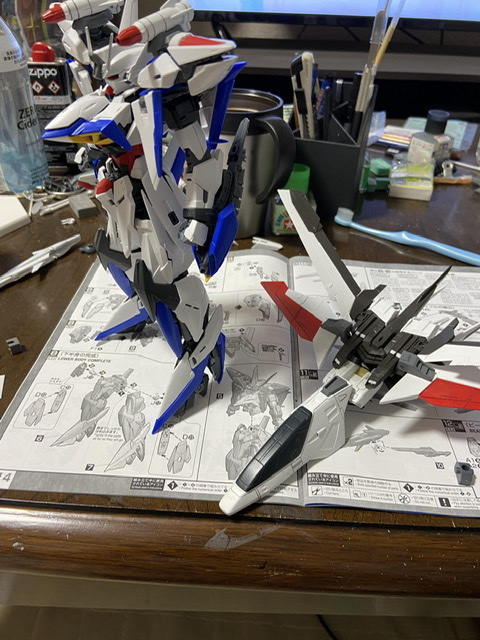 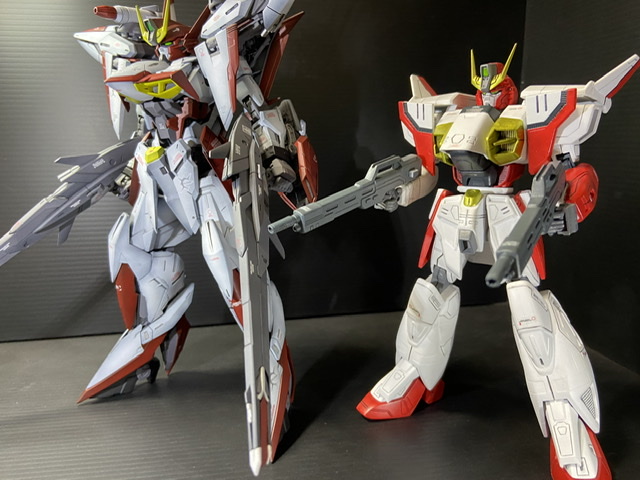