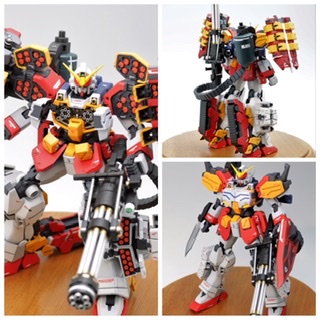 The XXXG-01H Gundam Heavyarms (aka Heavyarms or Gundam Zero-Three) is a mobile suit from the series Mobile Suit Gundam WIng. It was the third of Operation Meteor’s five Gundams, and was piloted by a young man operating under the pseudonym Trowa Barton.

MG Gundam Heavy Arms EW (equipped with Igel).
Based on the concept, the color of the additional equipment was matched with the MS color to dilute the feeling of additional armament.

(Photo) It is in a disarmament state.

The kit is unprocessed and has a simple finish with only separate painting.
It’s hard to understand, but the white paint starts from black and has a slight gradation while paying attention to the shadows of each part.

It is a normal Heavy Arms weapon.
I did my best to paint the Gatling separately.
I like it because it has a great effect of painting.

Fully armed with additional weapons missile pods and endless tracks on the legs.

Is it too red at first? I thought it was difficult to balance red and yellow, but I managed to get a good balance by painting different colors such as white and frame color.

(Photo) This is a back shot.

The backpack has a color scheme similar to Unicorn Gundam, unlike the specified color scheme.

It is in a fully open state.

Tracks move away from the legs, all hatches are fully opened and countless micro missiles are launched.

The missile was designated as gray, but somehow, the micro missile has an image of red, so I chose a vermilion warhead that is a little different from the MS color.

The missile on the leg is a separate part, but since the shoulder is integrally molded, it seems that it is difficult to paint separately from the frame.
The back side of the hatch is also painted in the frame color to increase the amount of details. 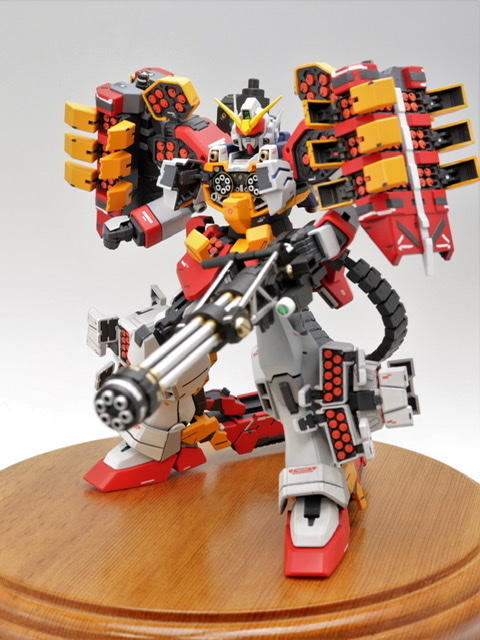 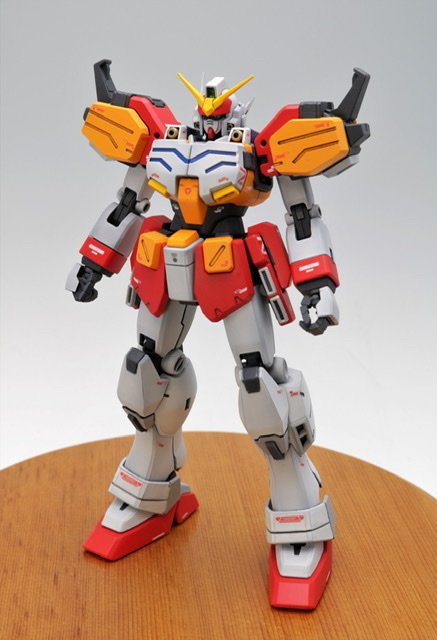 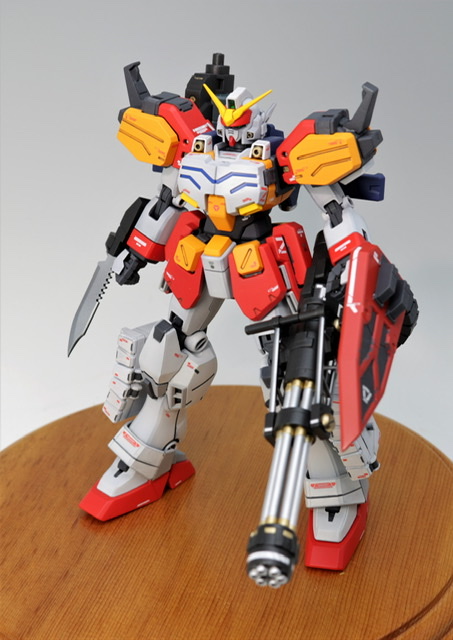 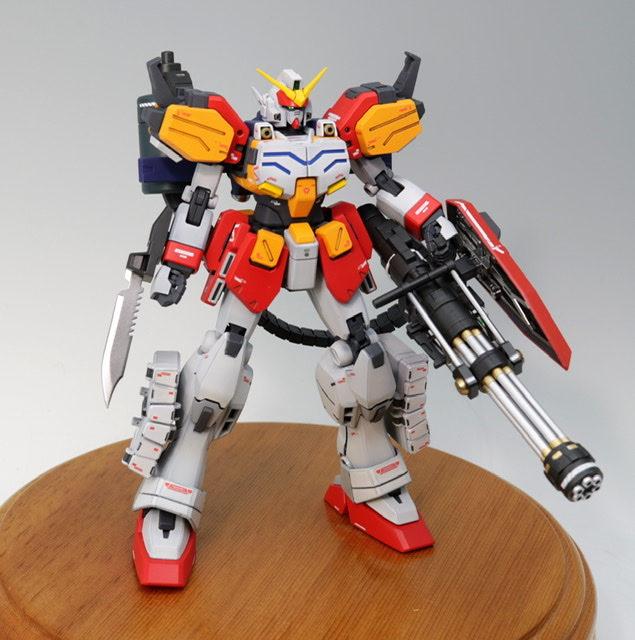 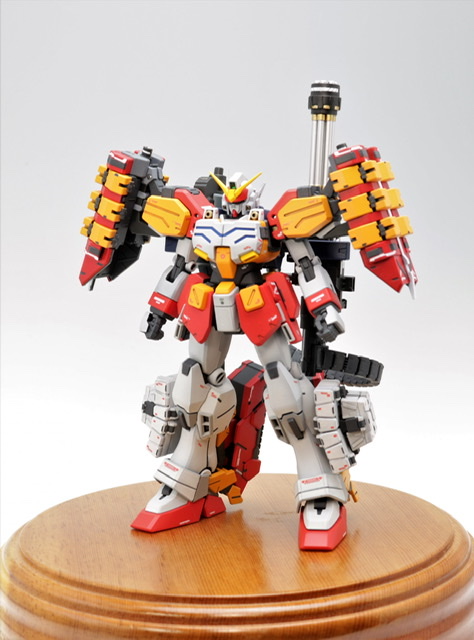 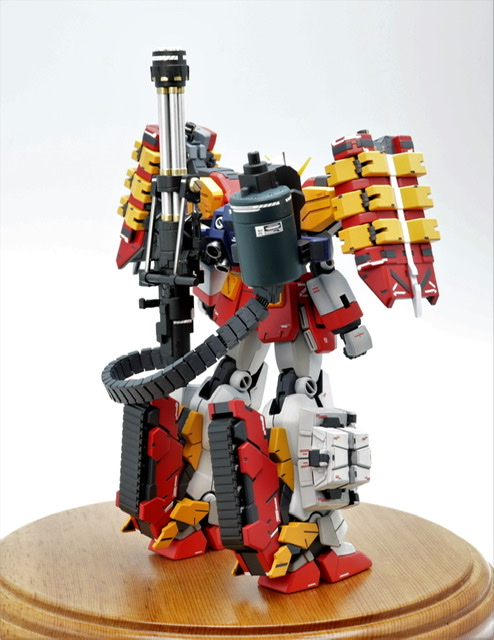 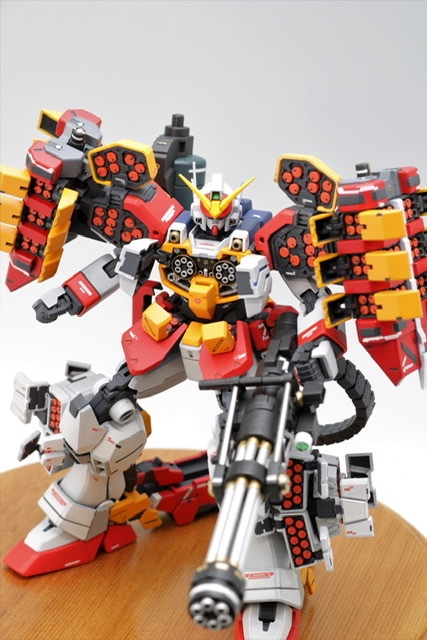 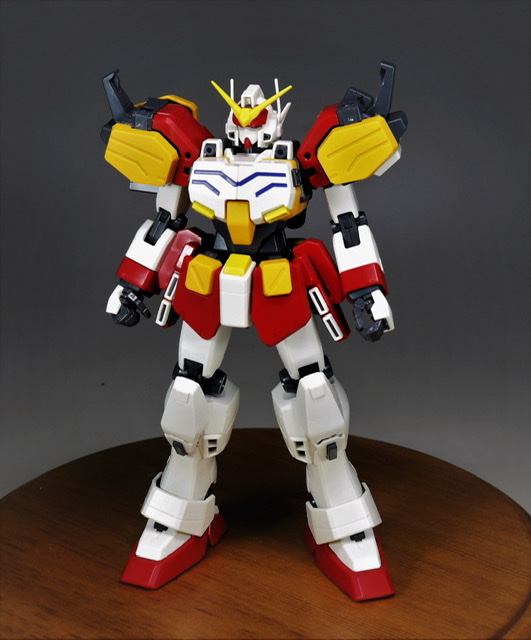 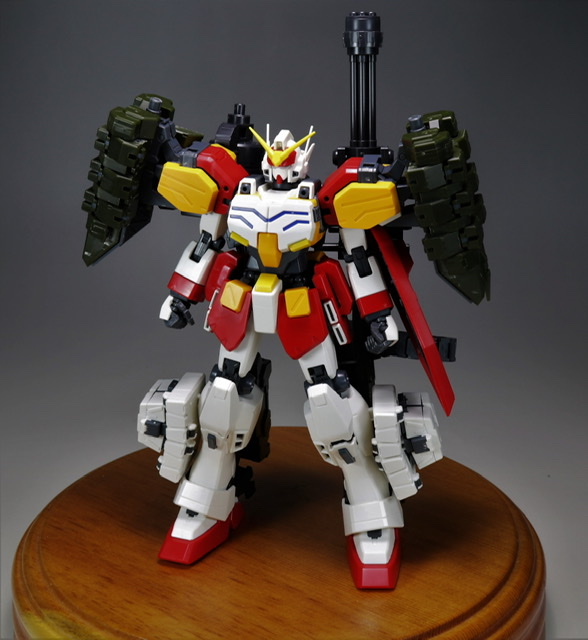 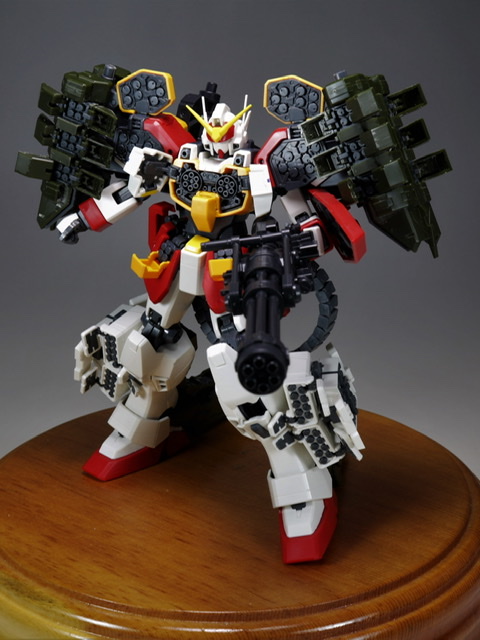 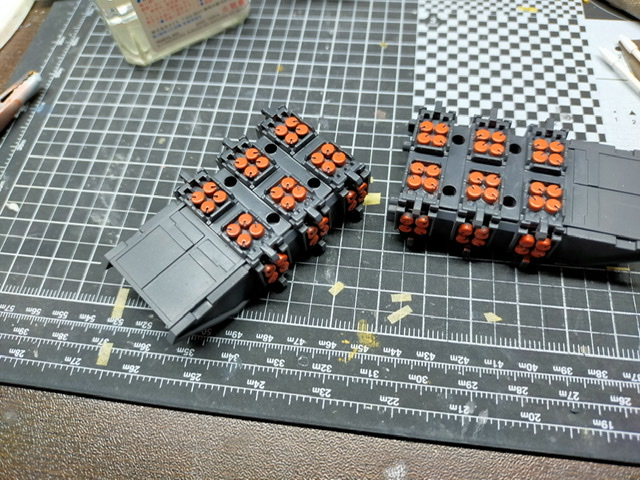 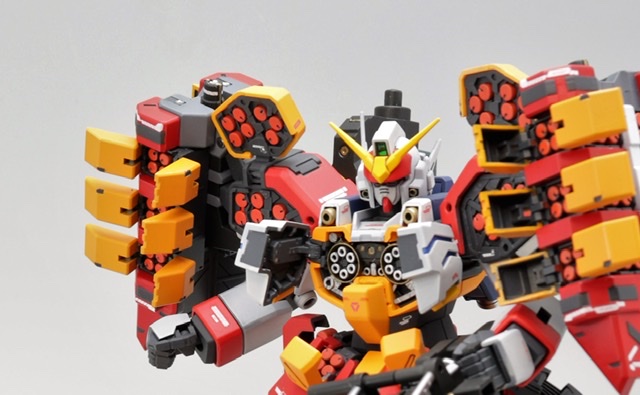