Check out the video below

Konami is reissuing Metal Gear Solid 2, 3, and Peace Walker in this set for the PlayStation 3 and Xbox 360 consoles in November. Neo France’s representative MF in Mobile Fighter G Gundam.
Its Melee 3, Funnel-like Rose Bits, is unconventional for a melee unit. They shift to Rose Screamer to finish foes off. Players do best by harrying the enemy with the Rose Bits before closing in to finish them off. A variation of a certain unit from Mobile Suit Gundam MSV.

SD Gundam Capsule Fighter Online, the online action game for Windows®, will add new units to its Mileage Box and Capsule Machine after the maintenance scheduled for August 25th.

“Foreign Ip’s Are Blocked from accessing this site apparently, use an open proxy to circumvent this” Check out the video below that contains footage from Game & Film Value for money is the goal with this new model that will retail at just €99.99 (RRP), accompanied by an exciting range of PSP Essentials titles that will retail at only €9.99 (RRP) and will include Invizimals: The Lost Tribe, EyePet Adventures, FIFA 12 and many more.
NOTES:
PSP E-1000 does not include Wi-Fi
So the access to the full catalogue of PSP games via UMD or from PlayStation Store via Media Go Burning Gundam (Melee / Rock-type / S-rank)
Neo Japan’s representative in Mobile Fighter G Gundam.
Its weapon 3, Burning Slash Typhoon, striking in all directions, is especially suited to chaotic melees. And its skill 2, Hyper Mode, lets it counter attacks even while it continues being struck, making it the ultimate melee machine. Master Gundam blows Burning Gundam away with its fierce strength! The Enhanced ZZ Gundam with its weapons charged. Wipe out the enemy with one barrage!

“Foreign Ip’s Are Blocked from accessing this site apparently, use an open proxy to circumvent this” Bandai and the trading card game company Net Carddass will release the online card game “Cyber One” on October 28.

“Cyber One” takes place in a role-playing game-styled world in the year 2030. Players can create their own avatars, and will use cards to summon various creatures to battle other players. Players can also compete in virtual battle leagues. Players pick one of four virtual computer-related companies to belong to and fight for. Bandai is targeting men in their late teens to 30s for this game. Check out Video Below 😉 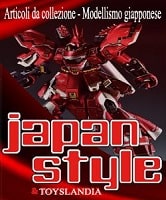