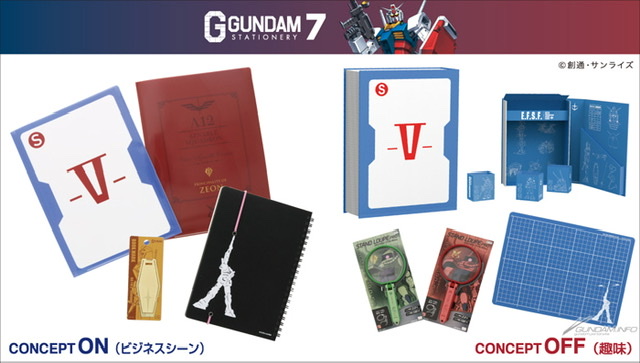 From Sunstar Bungu, all eight items of the “Mobile Suit Gundam Stationery” seventh series will be released sequentially from late March.

In the seventh series, the concept is “ON and OFF”.  “Concept ON” is a smart design that is easier to use in the business scene, such as “Last Shooting Note” and “Clear File W”.  ”And“ Loupe PRO with stand ”are available.

Get a variety of items that will enrich your business scenes and hobbies.