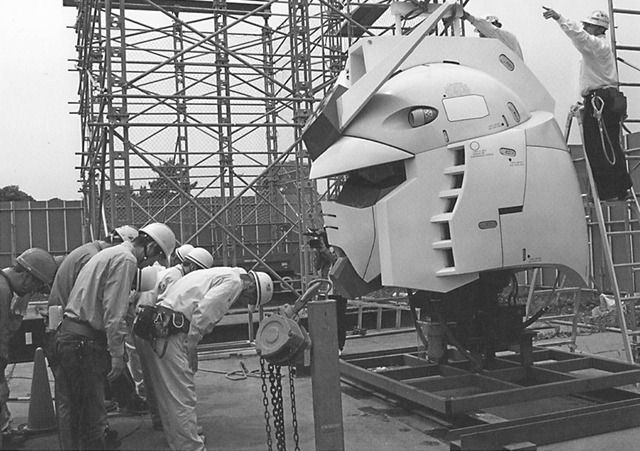 Gundam TV series began in 1979, it offered something extremely original. Up until that point, anime’s giant robots had been practically superheroes unto themselves, mythical-class warriors that single-handedly turned the tide of battle and saved the world. The RX-78 Gundam mobile suit, though, was just a machine.

Sure, it was a really cool-looking machine, faster and stronger than most of the bad guys’ mecha, but still just a piece of military hardware being used in the midst of a conflict whose resolution was going to ultimately depend on the humans fighting in it. Because of that, Gundam is the granddaddy of what’s since become known as the “real robot” genre of anime science fiction.

Looking at this photograph posted by Japanese Twitter user mozukings, though, maybe it would be better to call Gundam the god of real robots instead.

“After the fall of human civilization, if someone were to find this photo and the life-size Gundam statue [that exists in Japan], they would absolutely make the mistake that Gundam was a god worshiped by people of the past,” tweeted @mozukings with the photo, and other commenters proposed other mistaken conclusions future archaeologists might come to.

“’In the era when this God was worshiped, it is believed that individual homes would craft smaller-scale idols [i.e. Gunpla/plastic Gundam models] in order to receive the god’s grace.’”

“’Scholars say that the ancient people had a custom of making multiple anime and manga series about their god.’”

“Honestly, it’s not too far off to say that Gundam is worshiped in Japan.”

“There is a God Gundam in the Mobile Fighter G Gundam series, after all.”

@mozukings doesn’t mention where the picture was taken or how he came by it, but given the full-scale Gundam head and the scaffolding around it, the most likely explanation is that the photo was shot in Yokohama, where a life-size moving Gundam statue is currently under construction. The grand opening of the 18-meter (59-foot) statue’s facility is scheduled for October 1, but a preview event will be held in July, and it looks like the head has finished being built. The bowing workers seem to be paying their respects as the two men on ladders behind it direct crane operators to lift it up, perhaps to mount it on the mecha’s unseen body. 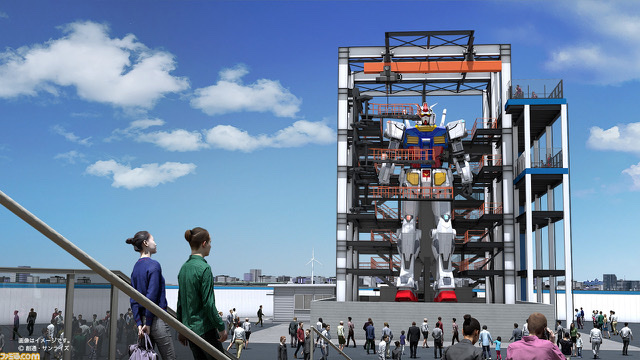 However, there’s yet another way in which the life-size Gundam statue is being likened to a divine figure, as mentioned by Twitter use xavita

“Since a long time ago, when plagues broke out in Japan, people would build daibutsu [great Buddha statues], and there’s historical precedence of the spread of the disease stopping after their completion. I like the theory that once the Gundam is finished [in Yokohama], the coronavrius crisis will end.”

Here’s hoping too that by the time the Yokohama Gundam is all put together, we can put the coronavirus crisis behind us.