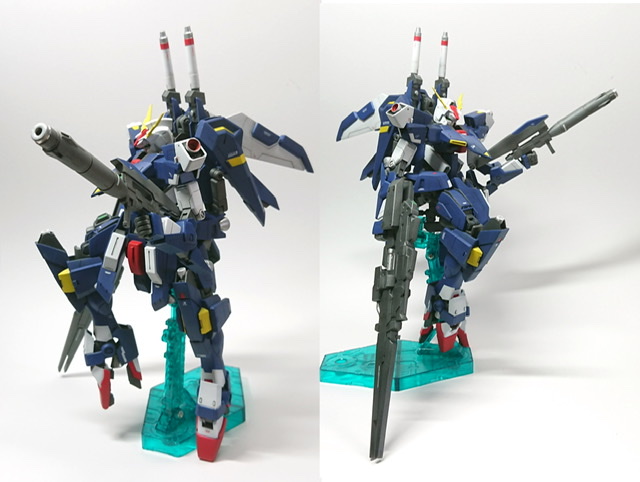 Bust up. The head is a modified MSG head set. Part of the exterior and the antenna move when….

Bust up.  The head is a modified MSG head set.  Part of the exterior and the antenna move when deformed.

waist, knees.  A beam saber is stored on the knee with a neodymium magnet.

There is nothing like a back or backpack, but it is occupied by a stabilizer / beam cannon / nose and a wing binder (a weapon can be mounted).  The vernier is on the sole of the foot and front armor so it doesn’t have to be on the back.

It’s fun to make a foot detail.  And I like high heels.

It completely transforms.  (But the mechanism is too complicated & I’m afraid the paint will peel off, so I’m trying to remove the parts.) The reason why there are too many joints in the frame and angle adjustment is hell is because there is a variable machine builder.  Please forgive me if it is a little floating or distorted because it is charming.

From the back.  When deformed, all verniers face backwards.

It was GM II and BWS-MkII who became the body.

United!  There is also some Gaplan.  The exterior shape is extremely excellent as a modified part of Gaplan.

It’s a poor work, but thank you for watching until the end 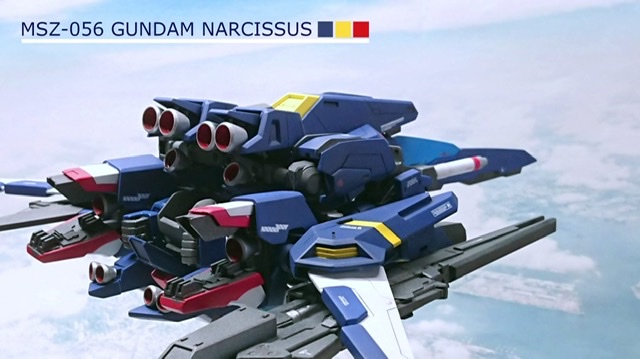 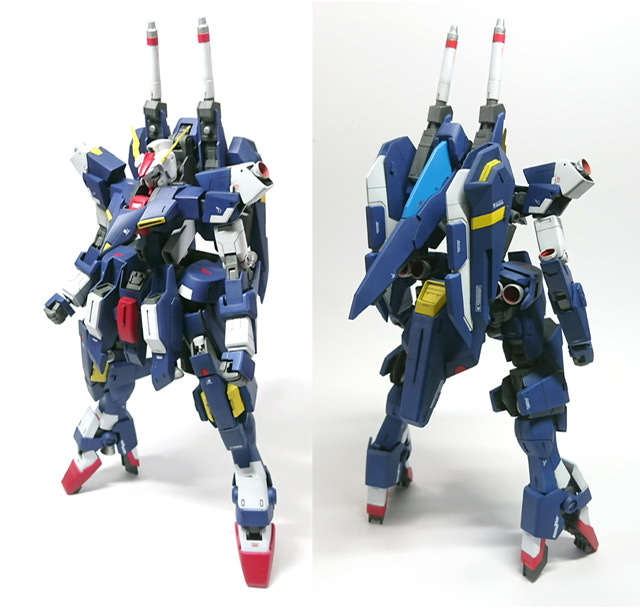 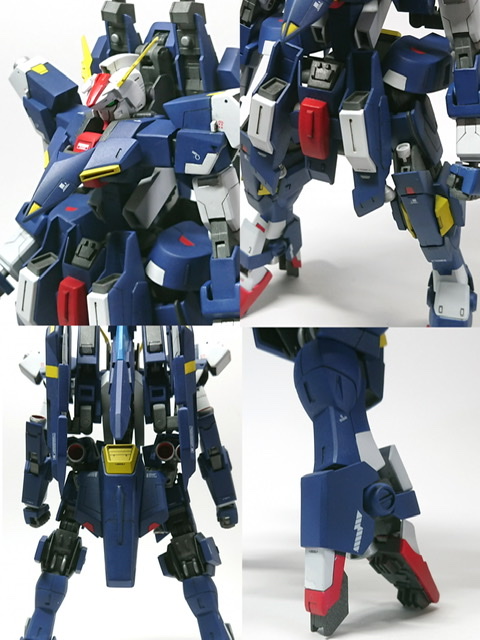 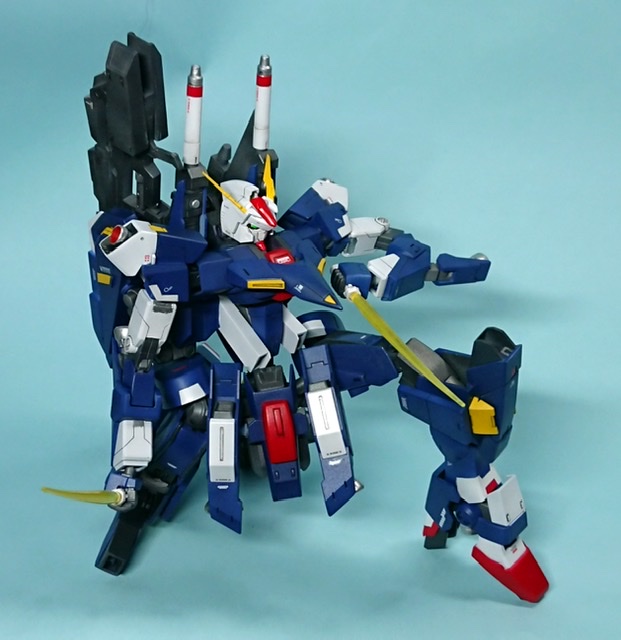 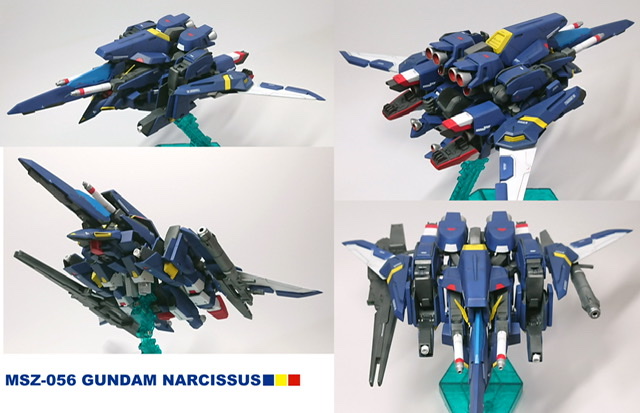 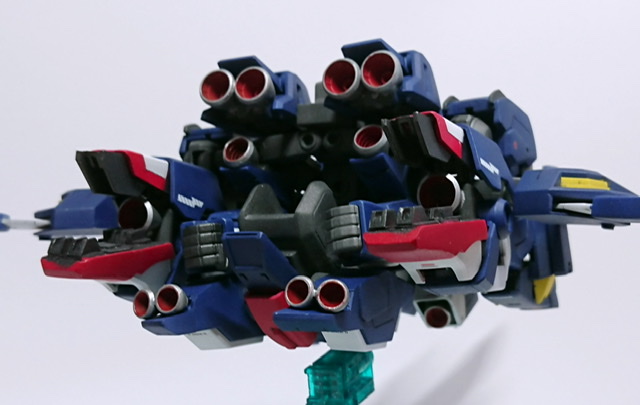 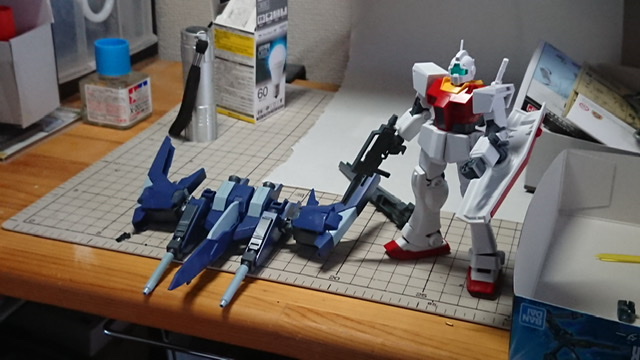 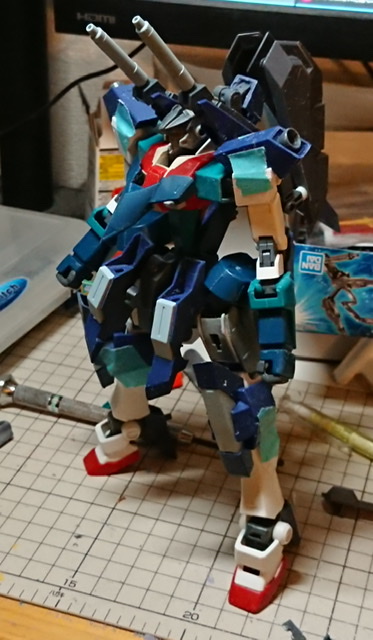