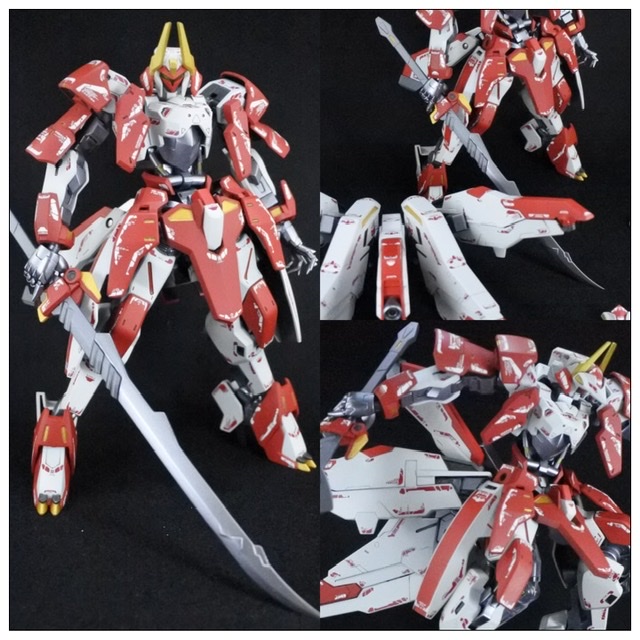 This time, I made an improved Shiden machine.

is an experimental aircraft that strengthens the melee combat ability of Shiden for MS combat.

The extension of the limb frame is planned based on the repair data such as Barbatos.

This machine was an experimental machine for performance evaluation tests, and it was planned to be dismantled after the test was completed, but it was transferred to a test pilot who liked this machine and is still on the battlefield somewhere.

The backpack uses Jim Suna 2, and the waist uses Graze Ritter and MSG.

The waist is extended using the joint of the Bolden arm, so you can add a twist.

MSG is used for palm and weapon.

This time, I originally created it with the image of the first Samurai, but when I saw a certain Megami, I thought that the fox was also good and made additional equipment!

It was hard to put decals on the whole body, but I made a good work. 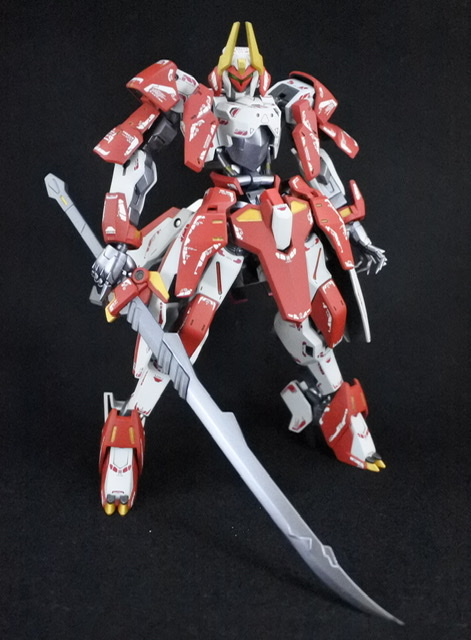 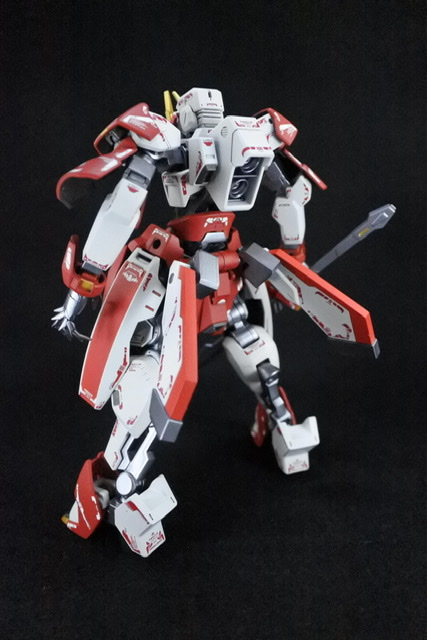 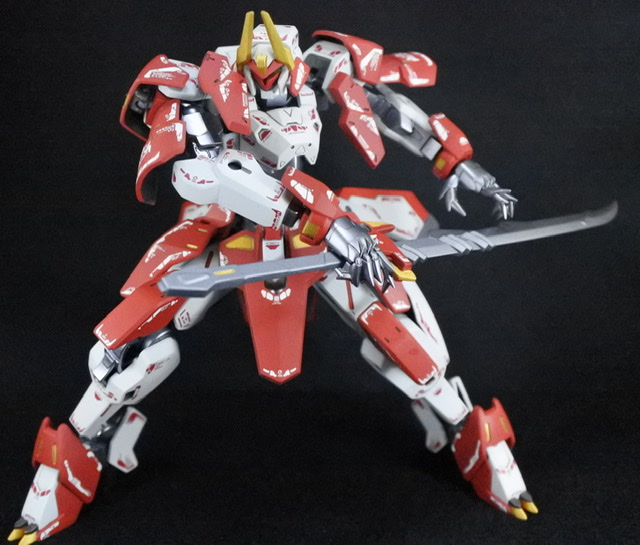 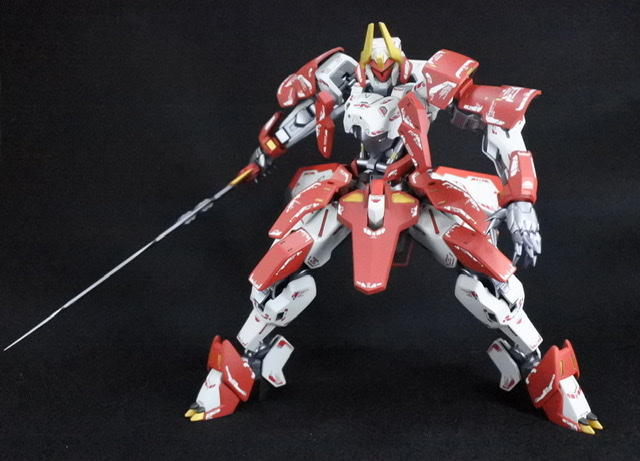 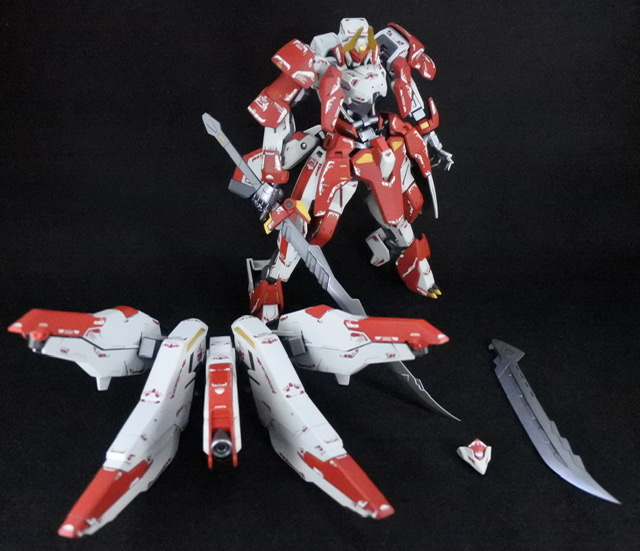 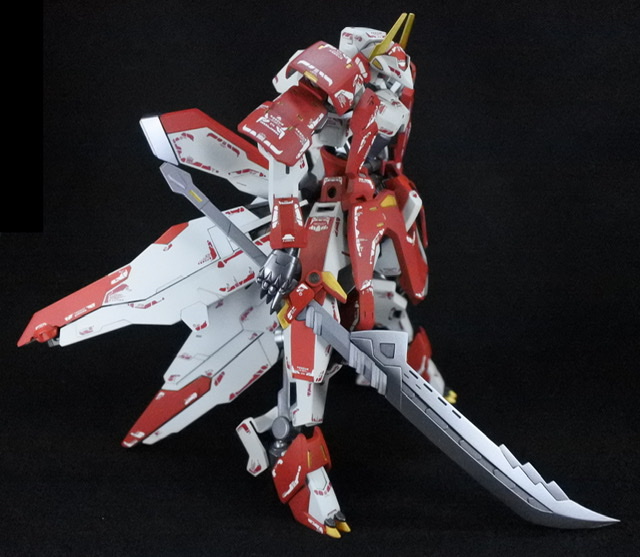 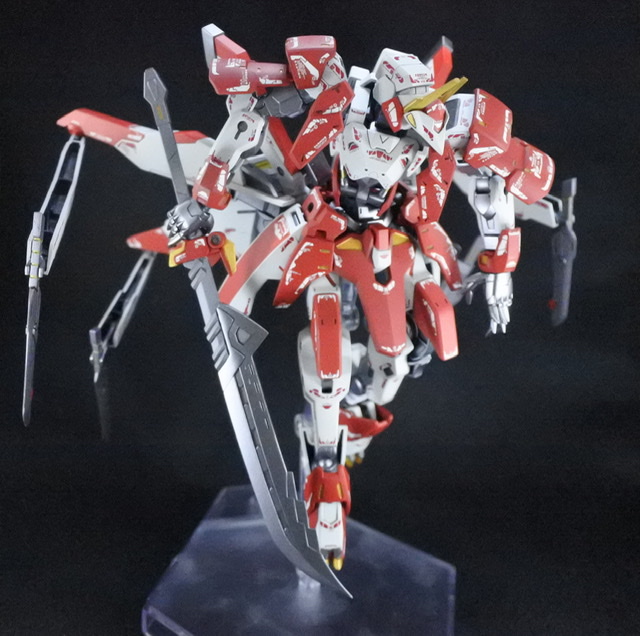 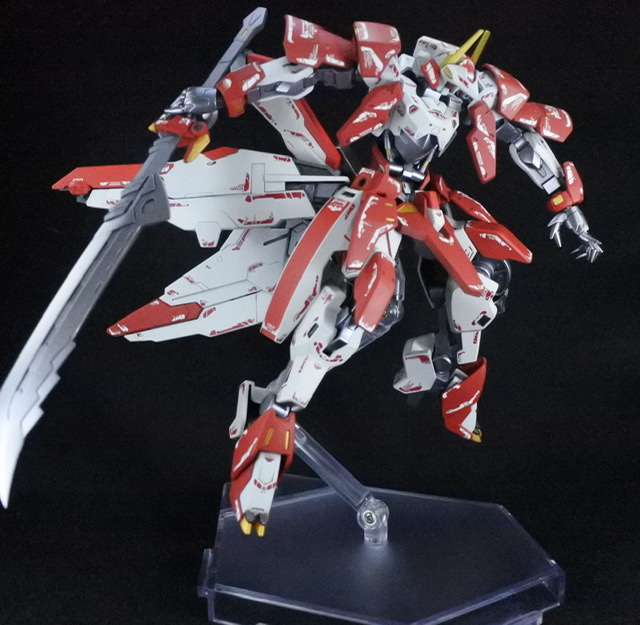