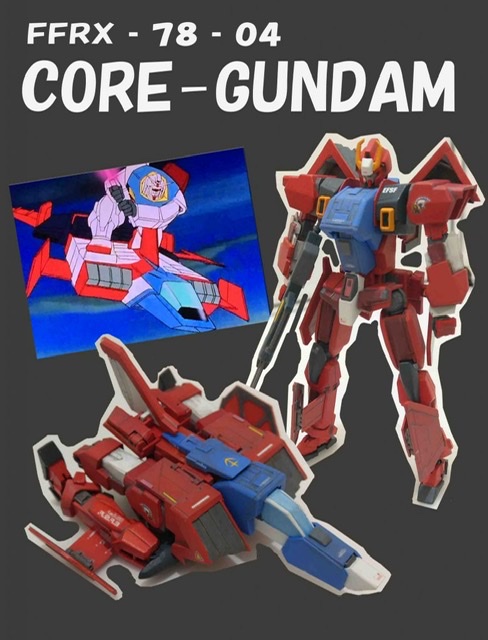 The white base had undisclosed strength.  At first glance, this is a huge core fighter.  But there was an amazing technology hidden in the Federal Army!

A video was excavated that appears to have been taken after the war of the One Year War.  A feature that White Base Corps may not have noticed, a transformation to a mobile suit!

This is the core fighter discovered from the back of the white base.  At first glance it looks like an ordinary FF-X7, but what is noteworthy is its size.

It is also possible to carry RX-78 in this way.  I’m guessing it was probably manufactured as part of G parts.

You can see the evidence that it was used once, but it seems that Decacore Fighter was hidden deep inside the warehouse afterwards for the sake of meaning.

It was a surprising fact that there was a variable mobile suit during the one-year war.

There is also a theory with Anaheim Electronics’ April Fool’s Neta because there are designs that can be seen in the later Z plan.

The legs are quite fragile, and the performance as a mobile suit is a question mark.  The armor seems to be thin.  Probably not a fighting fight.

However, it seems that it is possible to drive all the way through, and the parts for the first time are outstanding.

The total length of the mobile suit is nearly 23m, and it looks like 0093.  Can you see how different they were at the time.

The transform takes about 30 seconds, and transformations during combat actions seem unrealistic.

The helmet is Z Gundam.  The face is Astray… from junk parts.

Made of prototype corrugated board made at the beginning.

I tried to make it a little smaller, but it was about the same size…

It was one shot, but thank you for watching until the end. 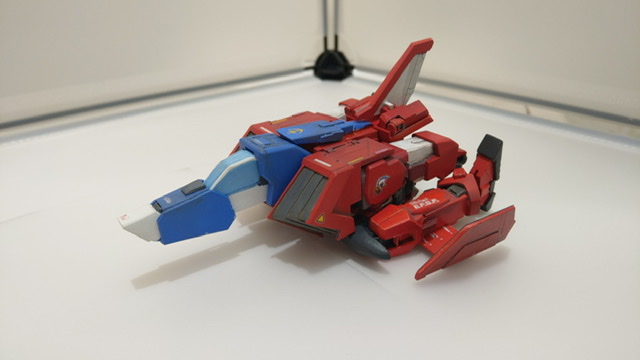 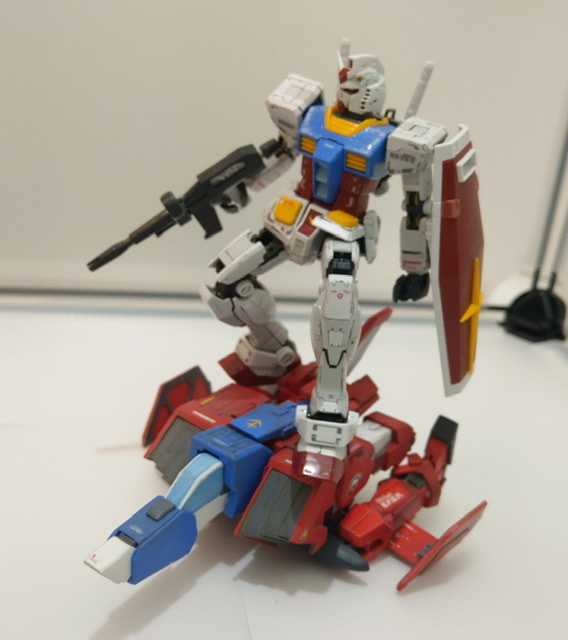 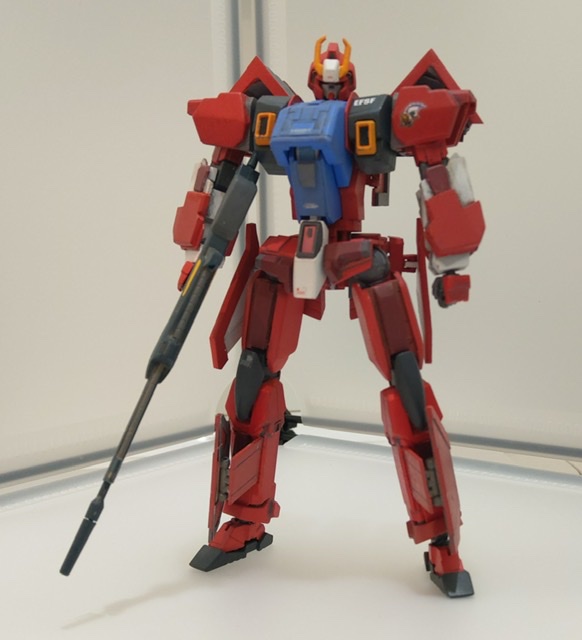 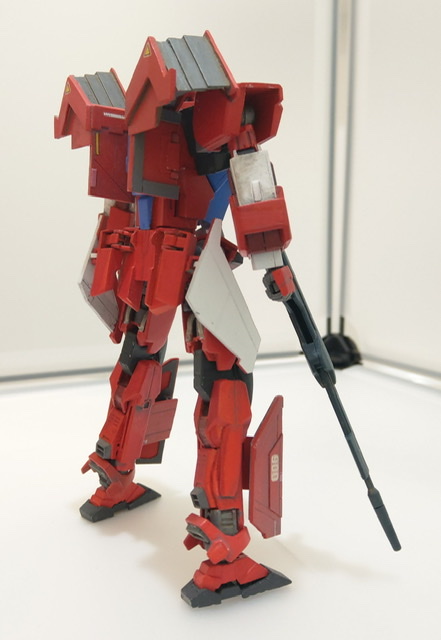 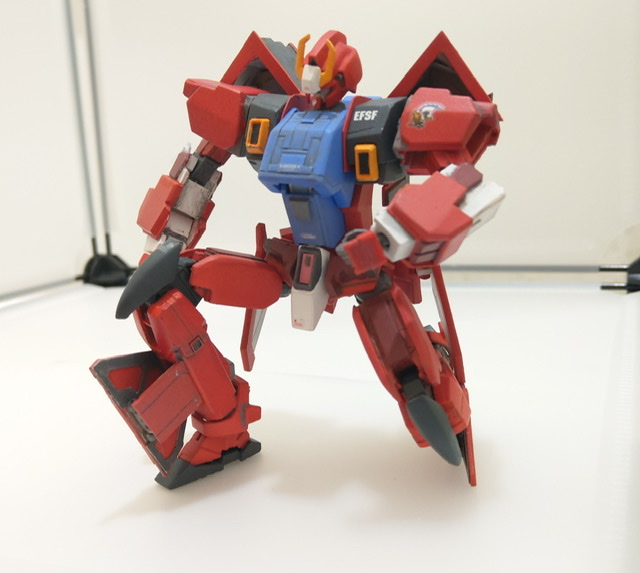 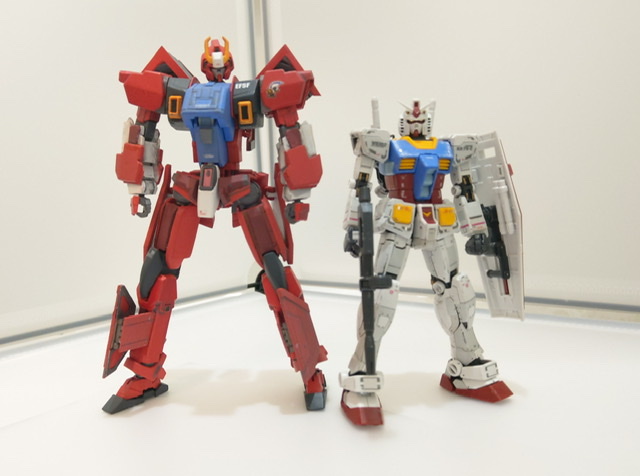 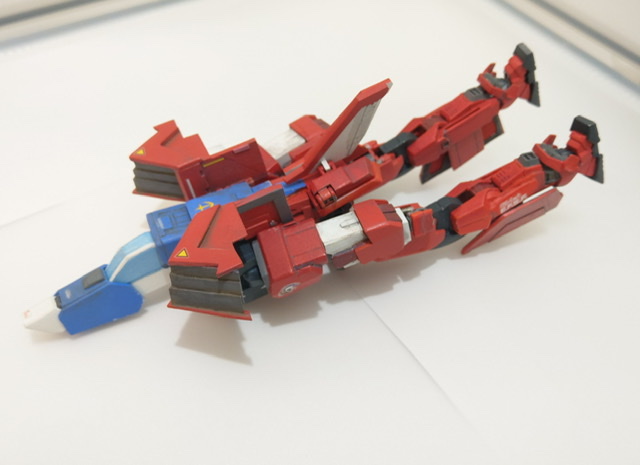 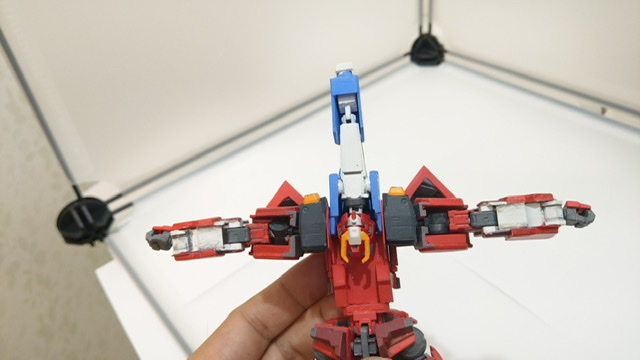 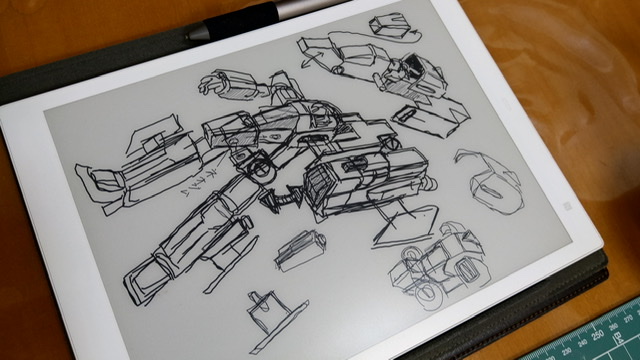 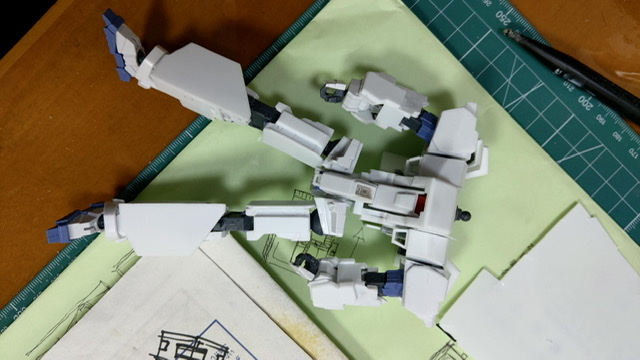 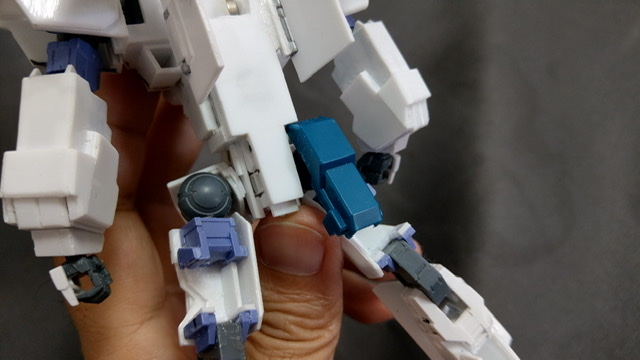 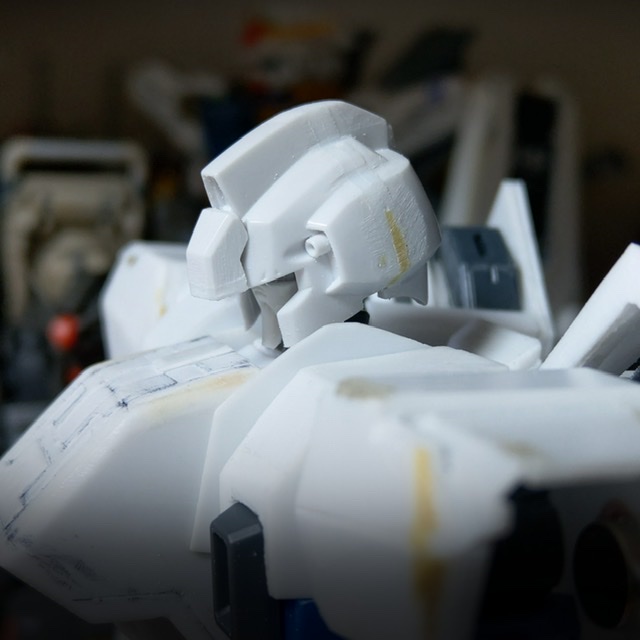 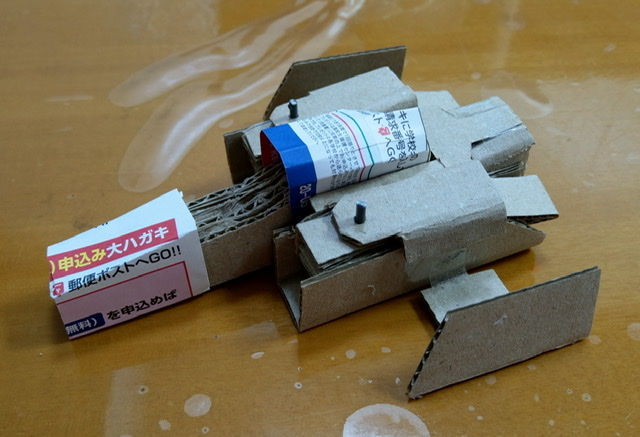 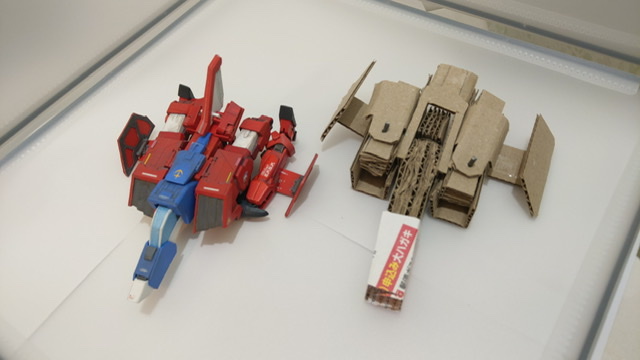