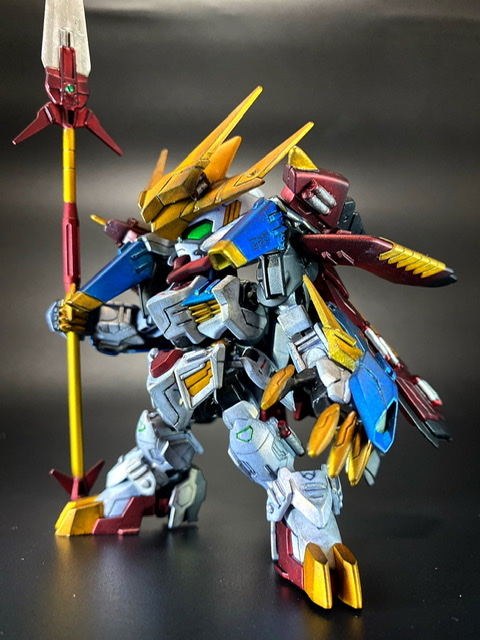 ガンダム･バルバトスヴェズルス
I made it for a local competition,
It is the first SD mixing, Barbatos Lupus Rex and Phoenix Gundam
First of all, I mixed phoenix roughly with lupus Rex as the main, and it was more compatible than I expected.
In addition, paste the Phoenix parts with a plastic stick
I like the color scheme, tricolor after all
Detail improvement of small parts
The twin blades I made by smashing had a thin impact, so I tried holding the spear of Eastern Weapons
Final adjustment of details, spear has been further enlarged using parts of HG customization campaign
The first self-made easy painter painting, I was able to save a lot of time instead of consuming a lot of paint
The details are painted with a brush
Completed with sumi + pastel shadow + matte

* By the way, the name is the eagle “Vedrfölnir” that appears in Norse mythology 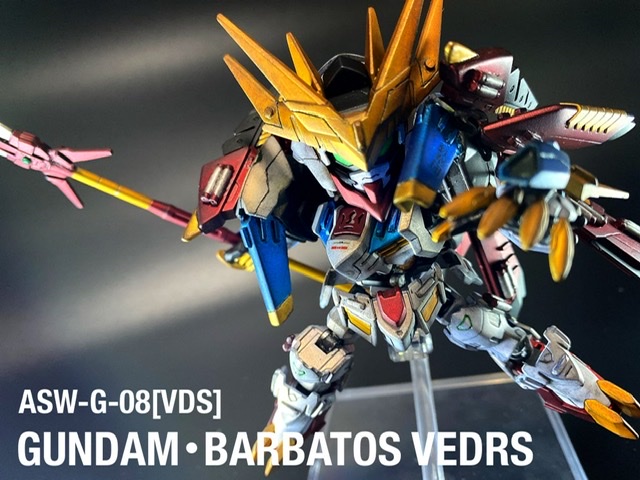 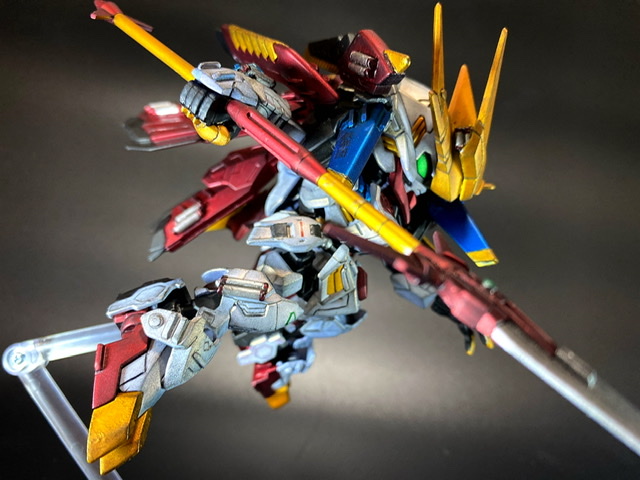 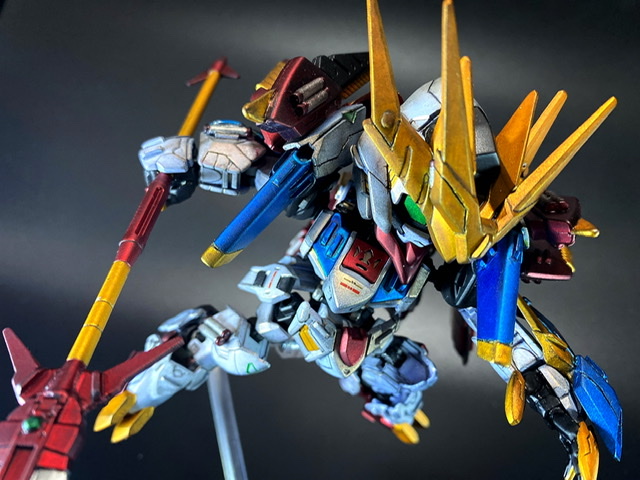 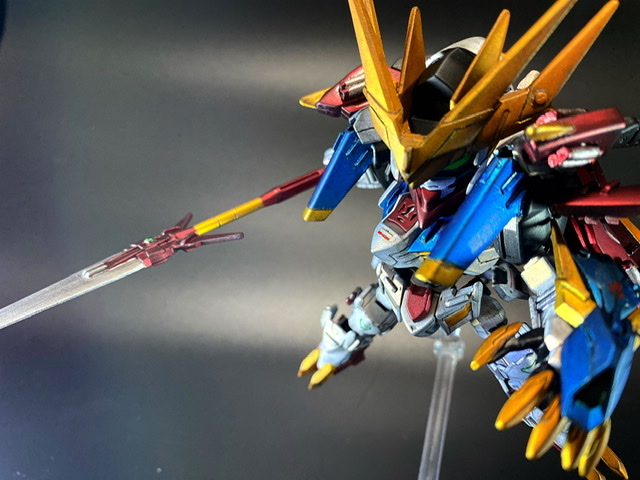 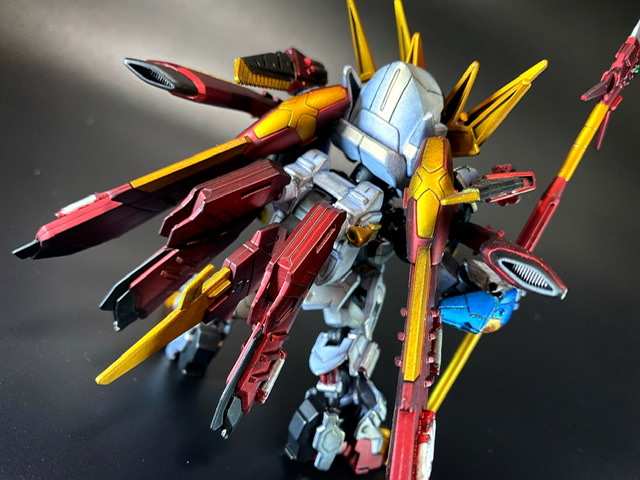 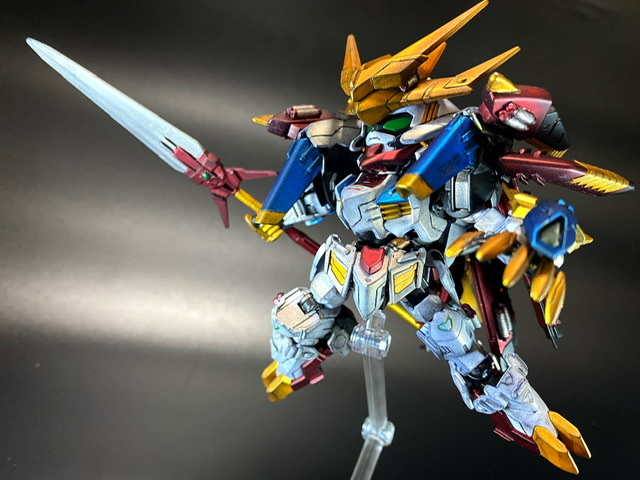 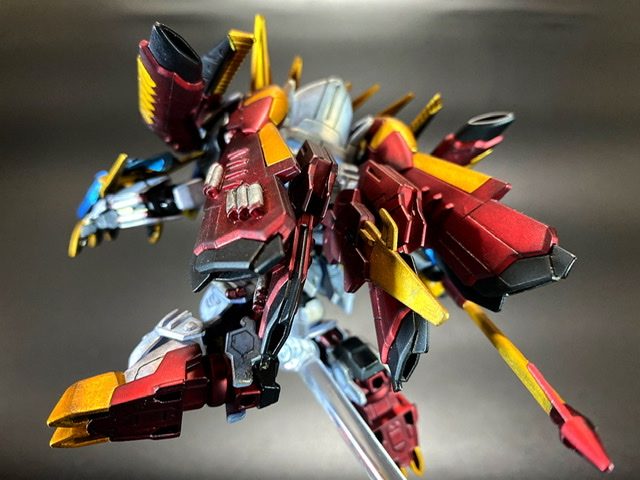 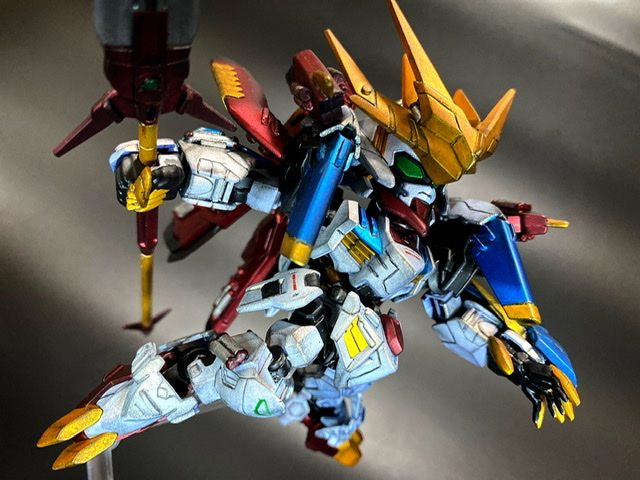 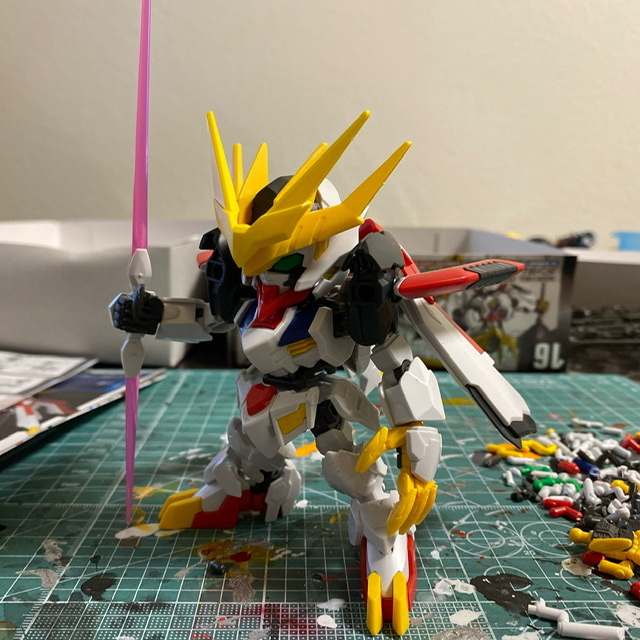 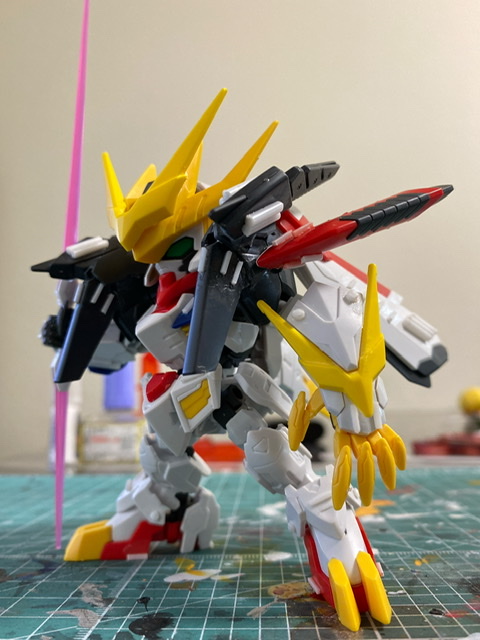 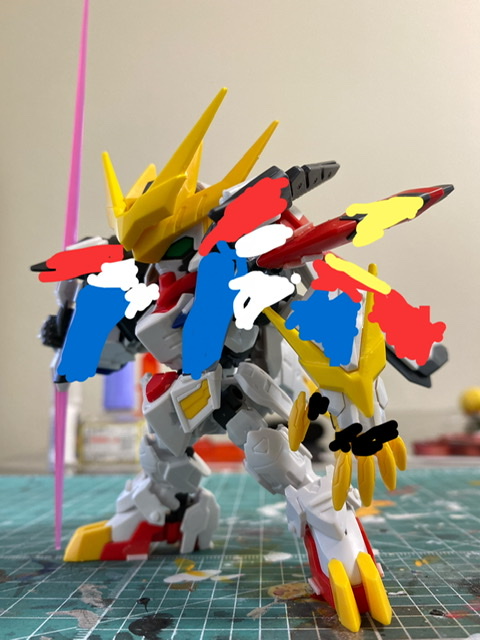 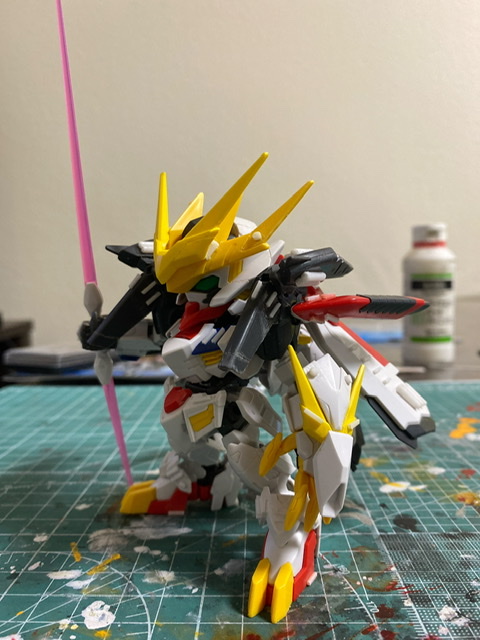 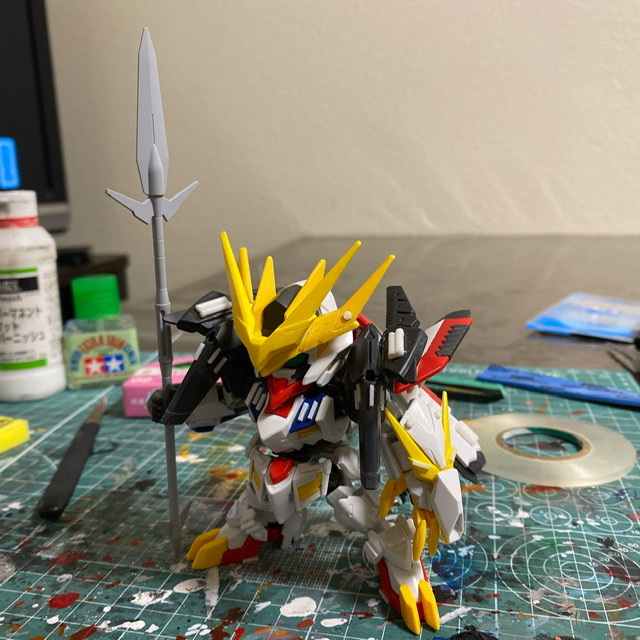 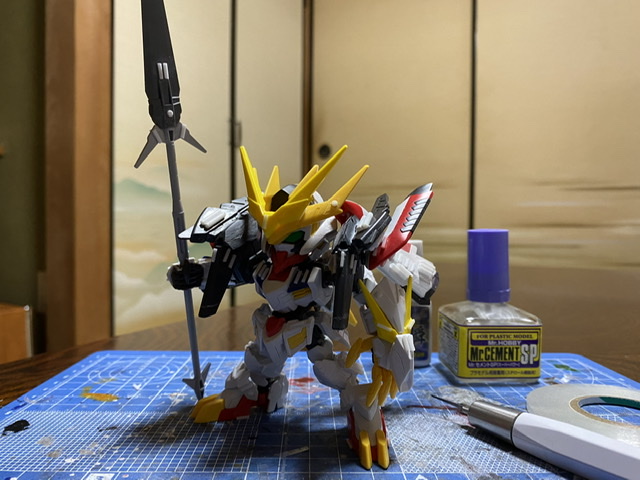 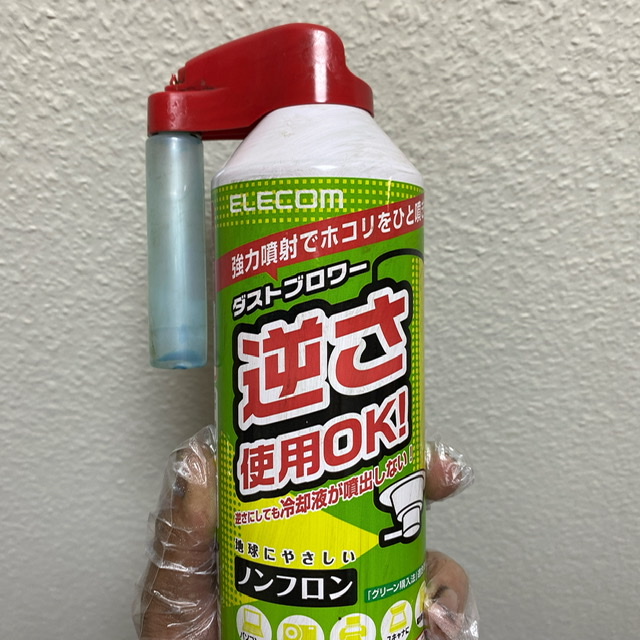 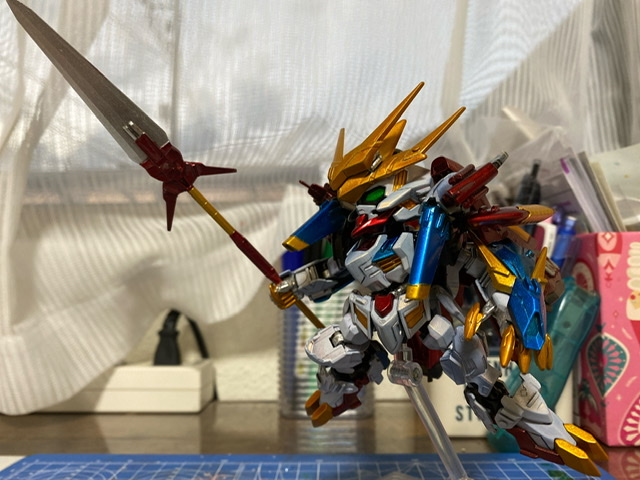