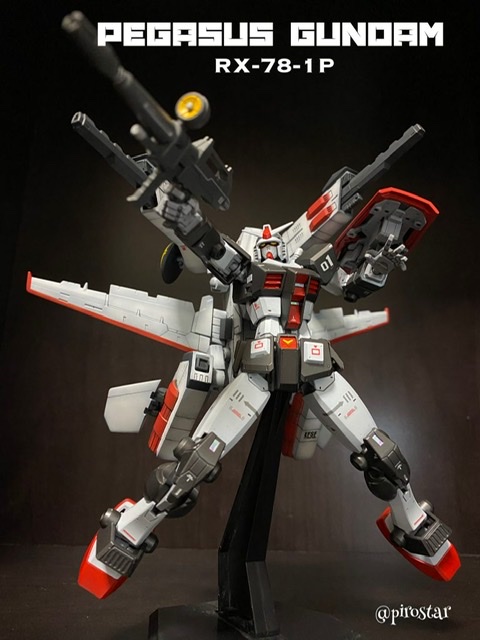 The Federal Army has finally launched Operation V to counter Zeon’s mobile armor attacking one after another! The recovered and strengthened Gundam Unit 1 and the highly mobile variable fighter “Pegasus Booster” that imitates the miracle cruiser White Base are combined!
When Amuro was confronting Char in person inside A Baoa Qu, he led the federal army to victory by defeating several mobile armors and dozens of mobile suits!

Gundam is just like Beyond Global, just by filling the holes in the soles of the feet and pasting slit molds on the ankle armor to make it look like a prototype.

The 300 yen white base old kit is equipped with Bolden Arm Arms ball joints on the head, front legs and rear legs for full action. The main wing is from RG Aile Strike, and the tail wing is from Messiah Valkyrie.

Beyond Global’s paint is white: Gaia steel white, black: Creos graphite black, red.
In addition, Daiso’s decorative tape is attached to the chest, waist and knees.
The Pegasus booster is painted in white.
I did my best in masking. 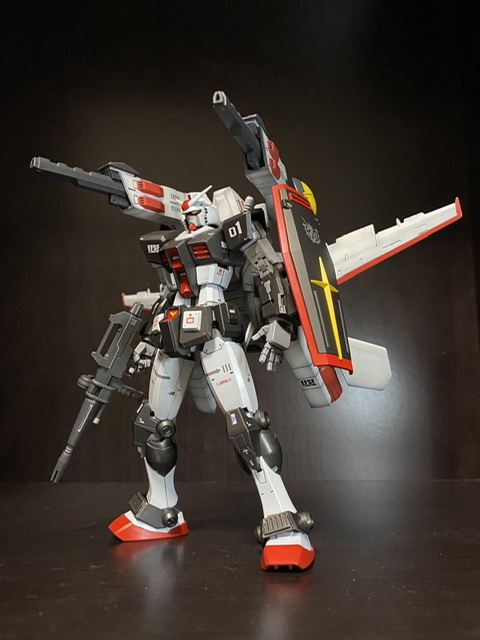 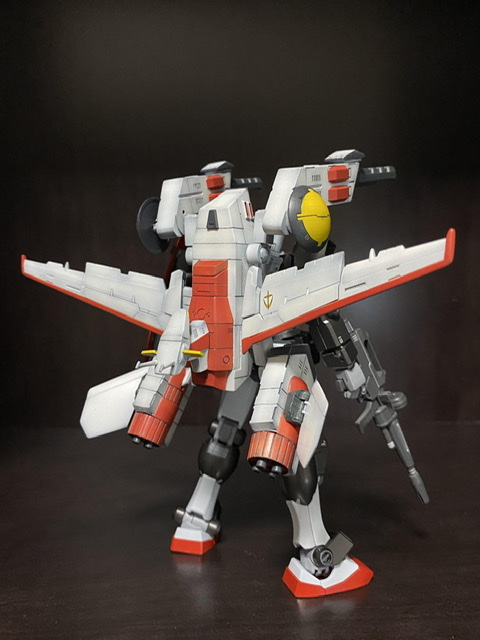 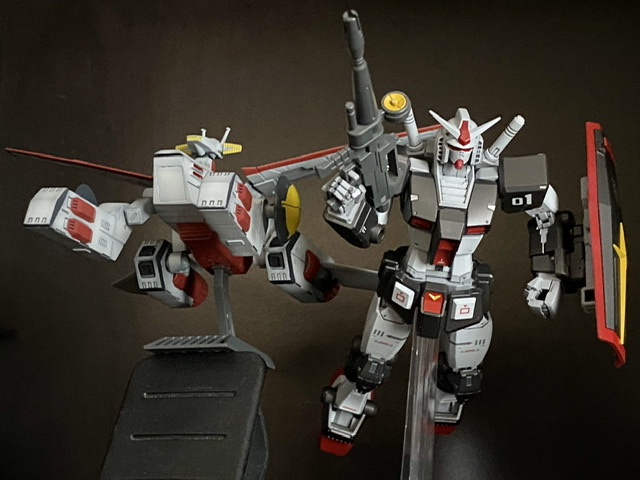 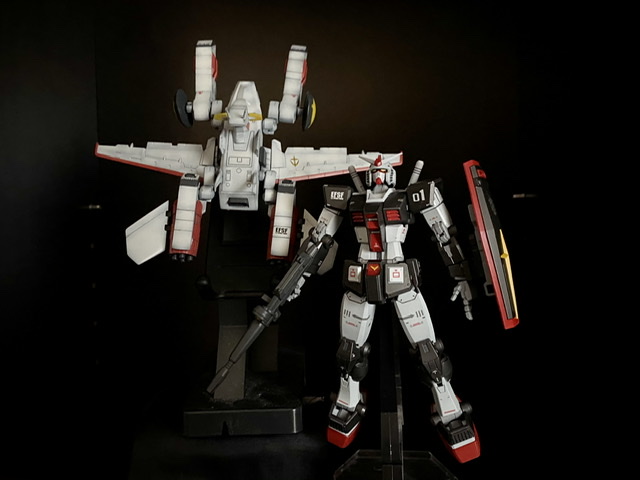 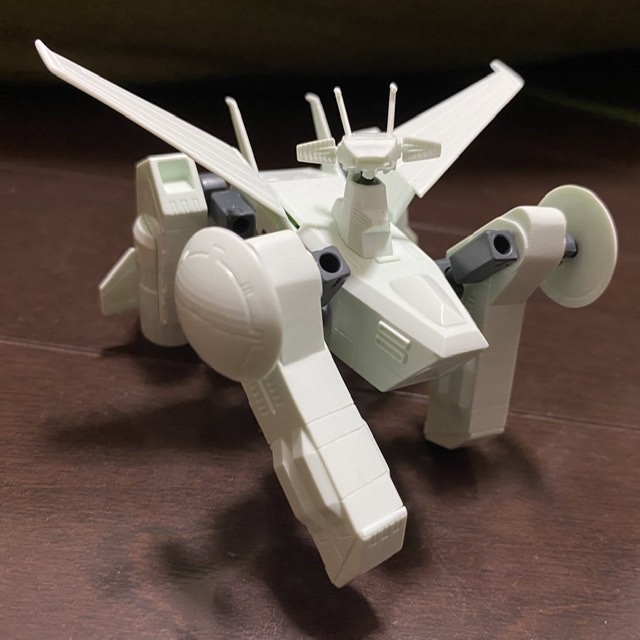 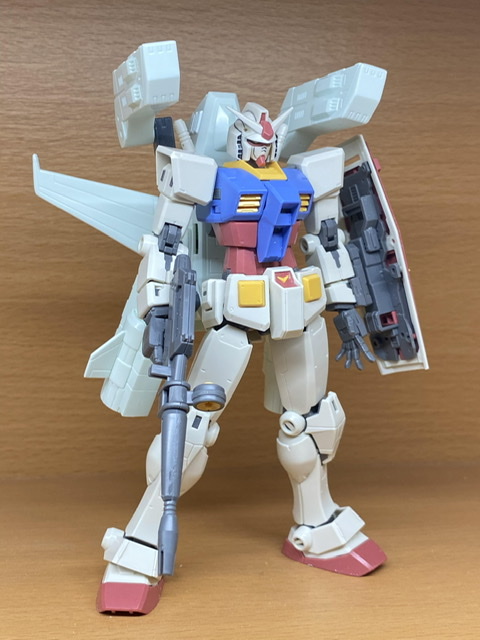 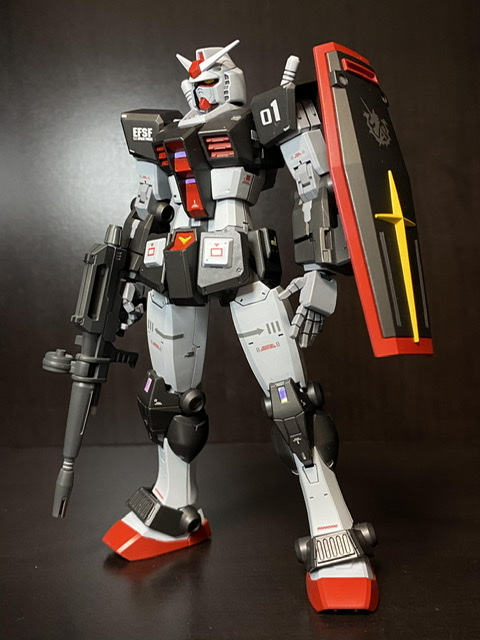 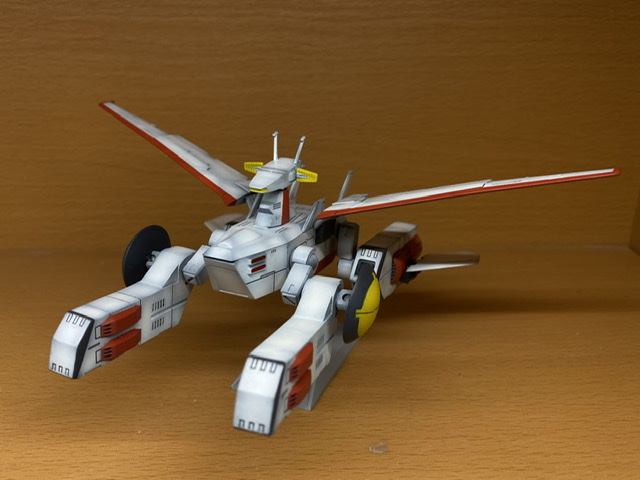