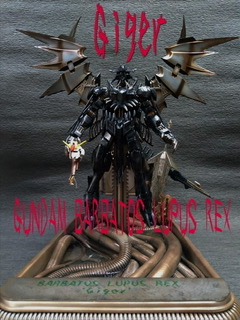 I tried to give a more demonic “Alien” impression to Lupus Rex.
On display at the Volks Sendai Showroom

The back of the head is shaped with putty to make it alien. The waist is extended by 6 mm. Use the Lego block claw parts around the waist instead of fangs.

The upper surface of the back of the head is made into a clear layer with UV resin to make it more alien. The whole body is scraped off in a round shape, and things like tentacles like pipes are made from cable ties of various shapes and sizes.

The antenna is interpreted as a horn. Wrapped with extra-fine wire like a goat (a symbol of the devil). Also on the cheeks from a plastic stick to horns.

Back expansion unit “Necronomicon”. The wings are from Deathscythe Hell. The tail is fleshed out with wood from Daiso’s USB clip light around a flexible metal pipe.

The pedestal is colored by using Daiso’s plastic tank tray as a plate, drain pipes, and various hoses, and expresses the water surface with epoxy resin.
Full scratch on objects like female genitals from motifs often used in Giger’s paintings.

Reuse the neck of the 1/100 Zeta, which used to be the prize

The pipe-shaped protrusions on the whole body are springs.
putting an aluminum wire inside
The core of the expansion unit is Daiso’s mouse! The mouse wheel is like an Ahab reactor.
The main pillar of the pedestal also has a design that has original material from Giger design.

The armor of the whole body is a black base with a 0.2 mm handpiece that blows neutral gray finely → black blows finely → neutral gray.

The shape is too complicated to pour the epoxy resin, and there are bubbles … It’s a point of reflection.

Desperate design! It was a very fun production. Thank you for watching until the end 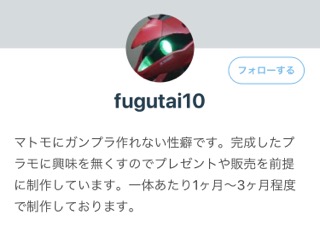 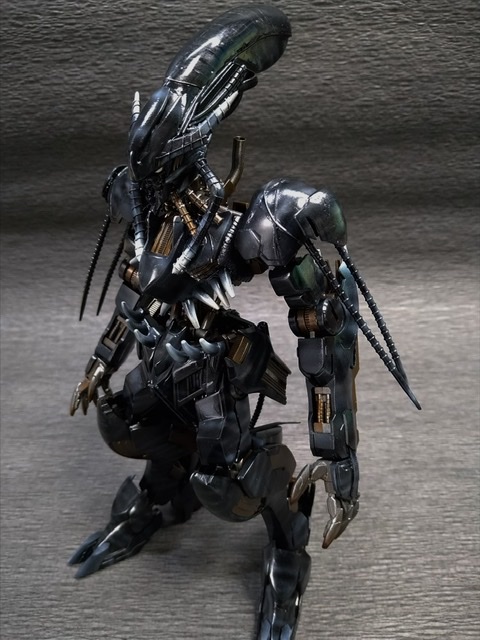 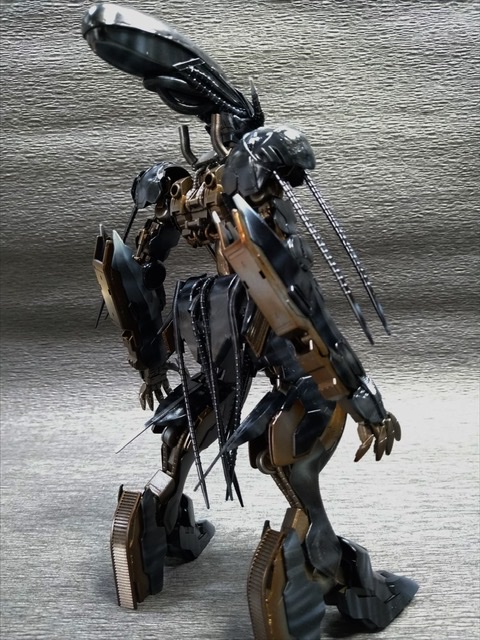 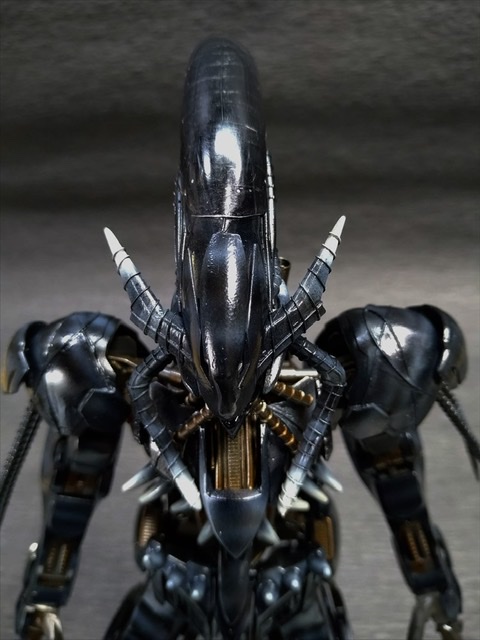 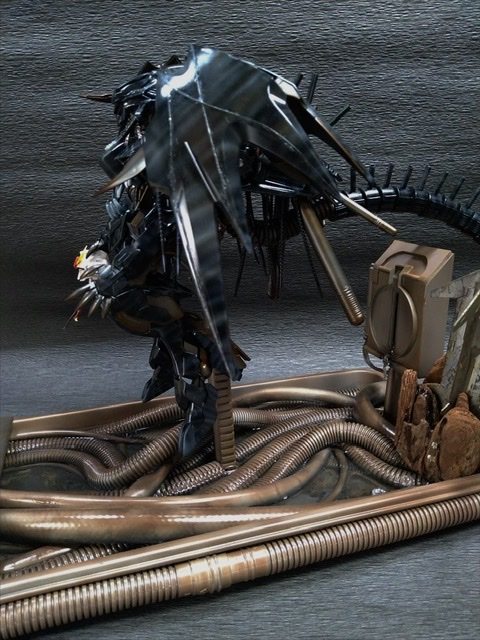 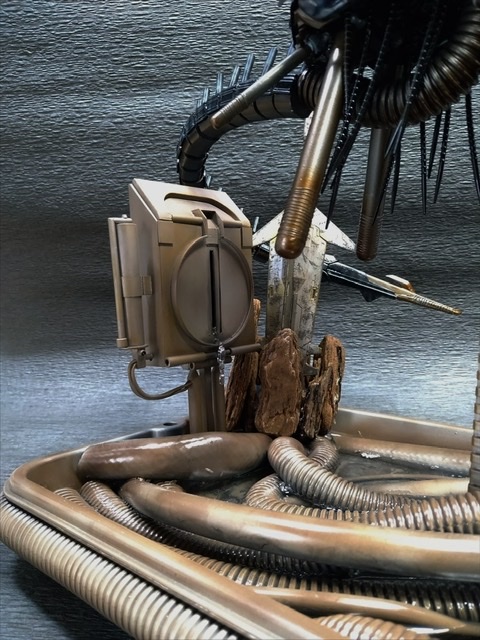 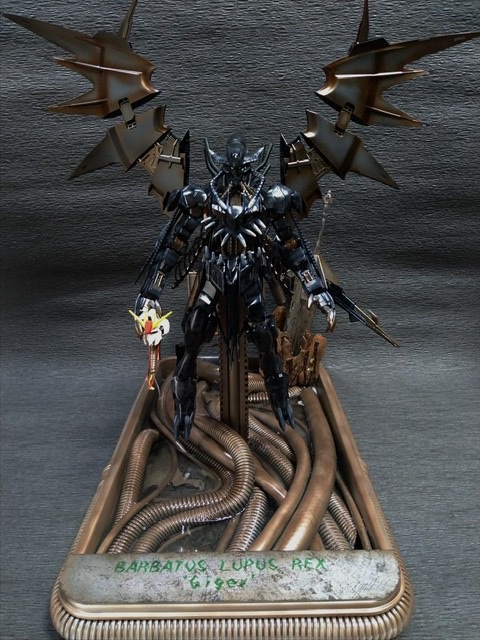 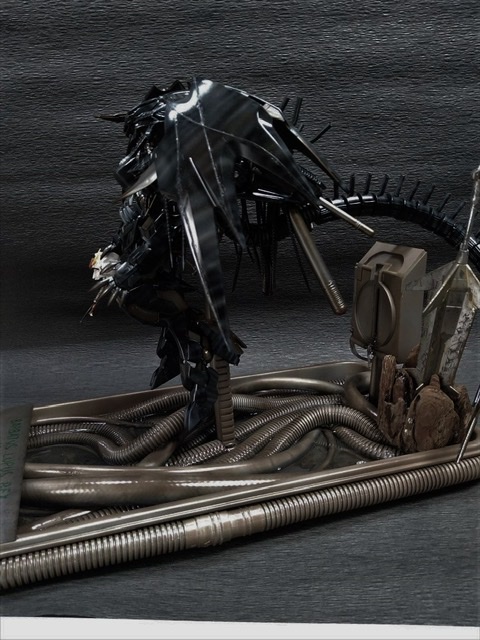 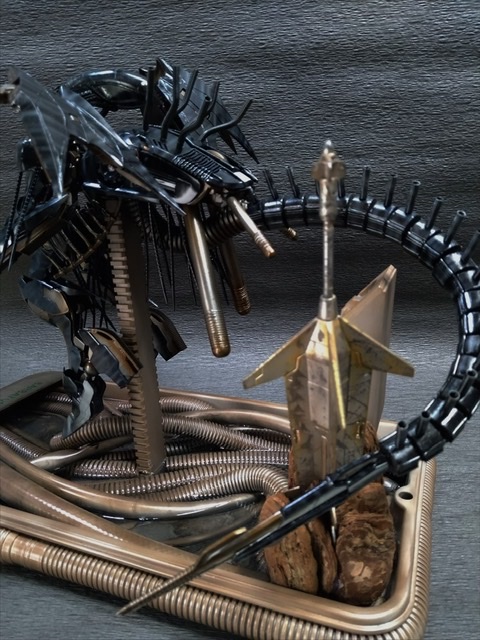 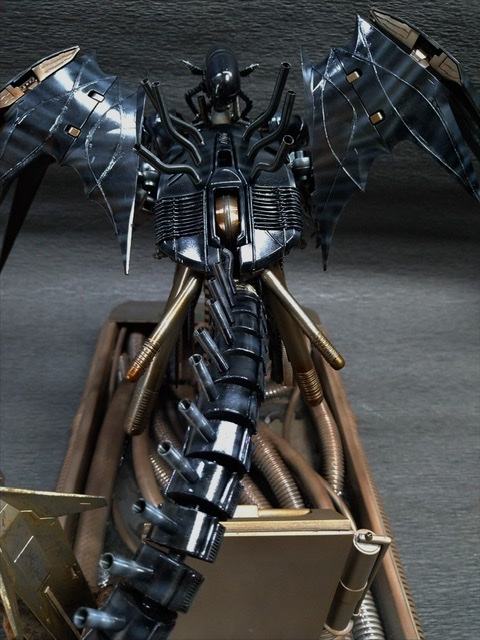 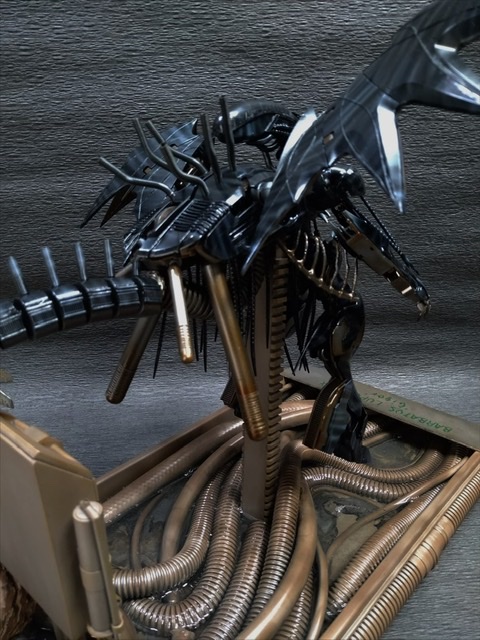 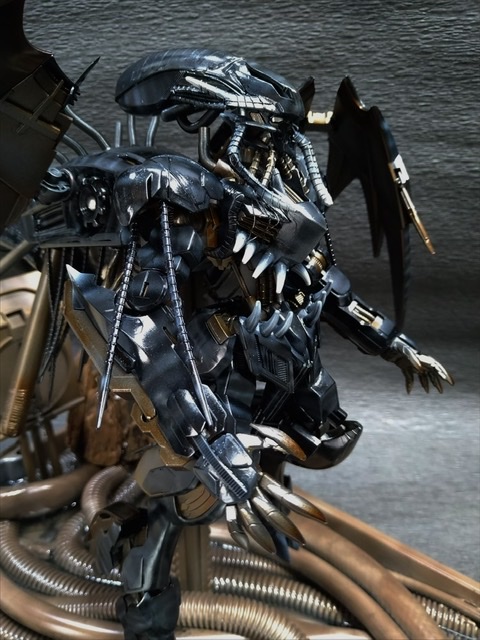 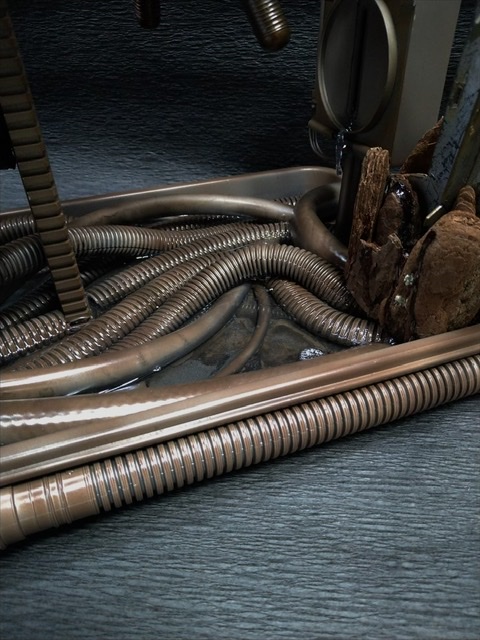 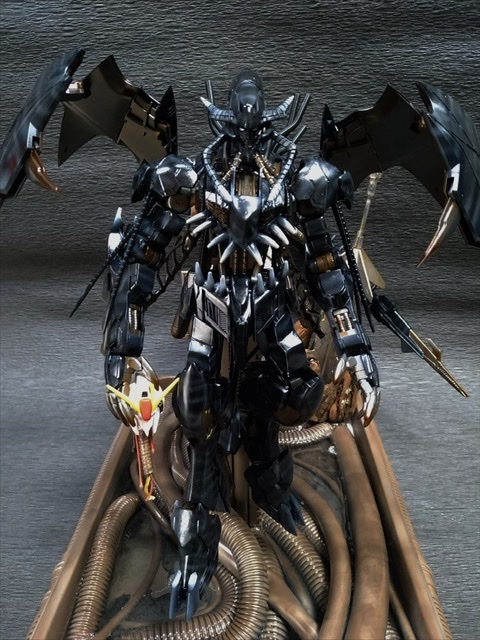