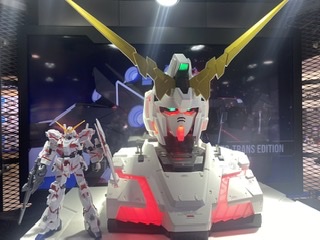 Character voices, featured songs, and sound effects from Mobile Suit Gundam Unicorn are included. Iconic scenes can be recreated through the combination of sounds from the series and the automatic transformation to enjoy sensations that make you feel as though you are actually in the scenes.

RGB LEDs have been adopted to recreate the red glow during the activation of NT-D and the transition into a green glow seen at the end of the series. Flickering lights that emulate the synchronization of Psycho Frame and the transition from red to green have been recreated.

This is a bust model that has been created in the largest GUNPLA scale. Intricate details and the design created for the 40cm large scale kit pursue the presence of the actual MS. The dynamism and form offer an even deeper sense of immersion.

A plastic model kit that you put together with your own hands.
The pre-assembled moving light-up unit consists of a moving structure, light-up functions, and speakers. It can be combined with the armor parts on the runners to enjoy an assembly experience unique to GUNPLA.
Creating a large Unicorn Gundam with your own hands.
The assembly process also offers a realistic experience.

Moving Light-up Unit
The moving light-up unit consists of a moving structure, light-up functions, and speakers and is included in the kit as a pre-assembled unit.

Seven transformation scenes can be experienced.
Multiple scene recreation modes are included to experience iconic scenes such as the NT-D activation scene from episode 1 of Mobile Suit Gundam Unicorn. Iconic scenes from episodes 1-7 have been selected. The buttons can be controlled to switch between scene modes.

episode 1 Day of the Unicorn
episode 2 The Second Coming of Char
episode 3 The Ghost of Laplace
episode 4 At the Bottom of the Gravity Well
episode 5 Black Unicorn
episode 6 Two Worlds, Two Tomorrows
episode 7 Over the Rainbow

The entire speech by Mineva Lao Zabi has been included for the first time.
Mineva Lao Zabi presented a speech toward all of humanity at the end of Episode 7 of Mobile Suit Gundam Unicorn. The entirety of the speech has never been revealed until now. The full recording left at the sound production company is included in this kit as a bonus track. The entire speech that wasn’t featured in the series can now be heard. The light-up effect when the bonus track is being played has a unique glow that resembles a rainbow.

Music
“StarRingChild,” the ending theme of Mobile Suit Gundam Unicorn Episode 7, is included. A total of 13 songs from the series, including tracks that are not included in soundtracks, are included.

Purchase Bonus
Display Board
A display board based on the world of Mobile Suit Gundam Unicorn is included as a purchase bonus.

The switches placed on the side of the item can be used to select scenes. Sound levels can also be adjusted.

The character voices in each of the scenes can also be chosen to be turned ON or OFF. The scenes can be enjoyed with just the featured songs and sound effects.

Power Switch
Six AA dry cell alkaline batteries are required. The batteries will last for approx. two hours when sounds are continuously played. (*Commercially available)
Sounds
Volumes can be adjusted by kew operation which allows to enjoy at high volume.
Output: 1000mW
Extensibility
Includes a 3.5φ stereo mini jack which can be connected to external speakers.
*The audio component is monaural. When outputting to the outside, the same sound outputs for both L and R. 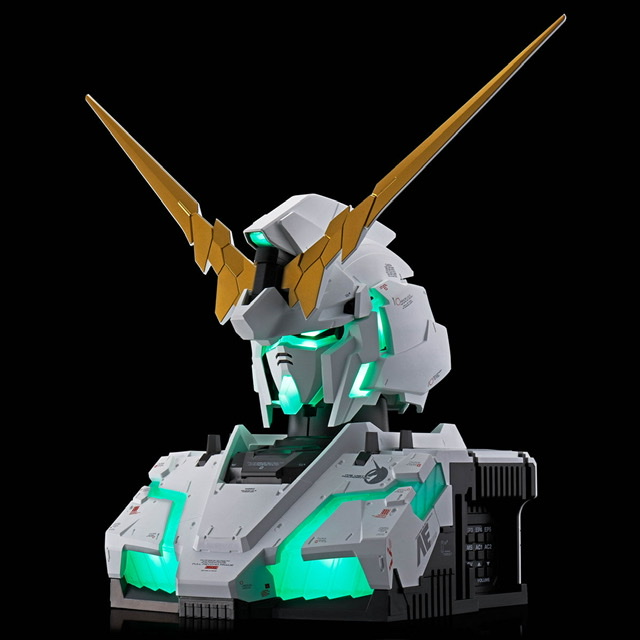 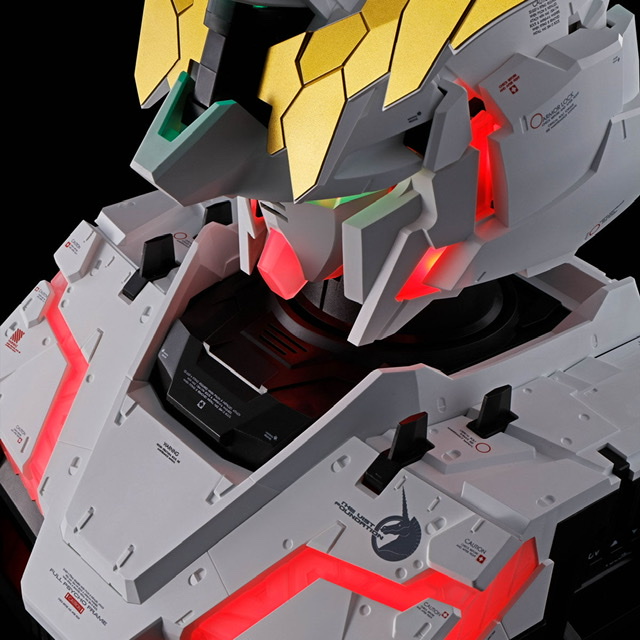 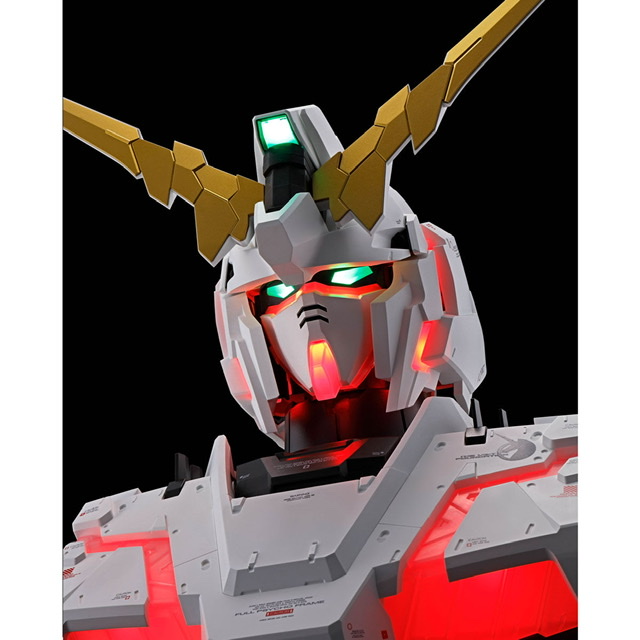 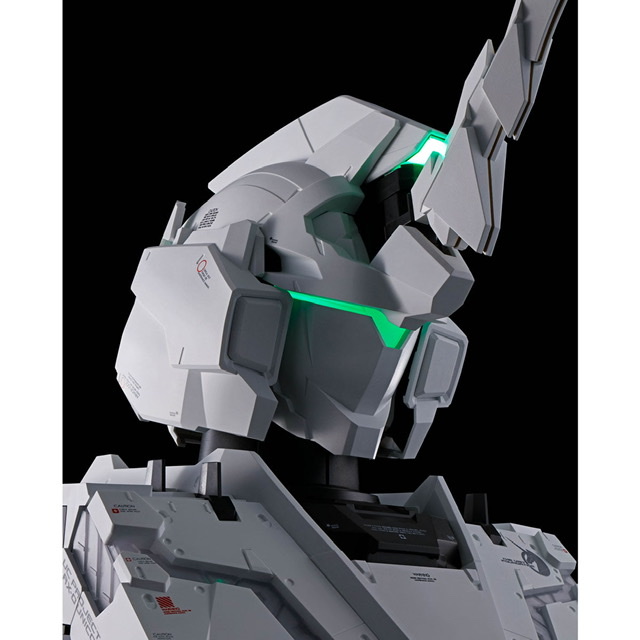 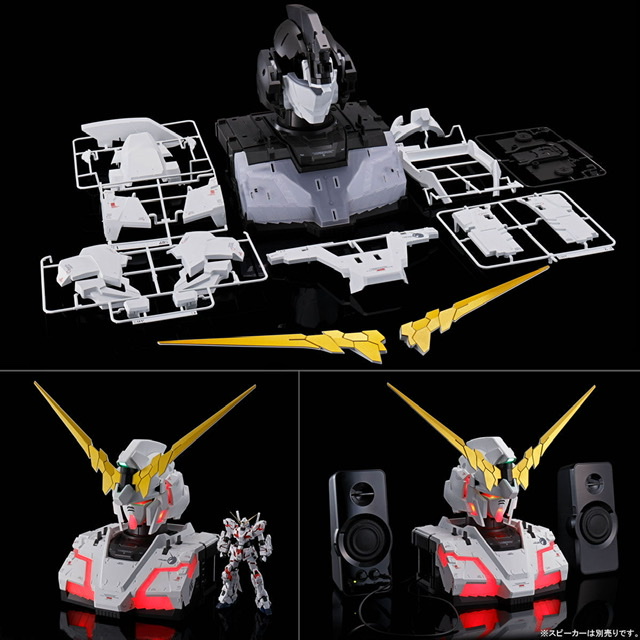 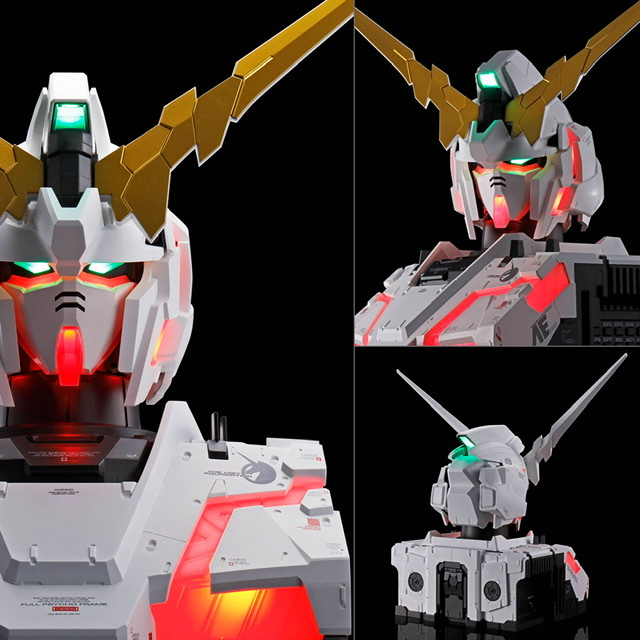 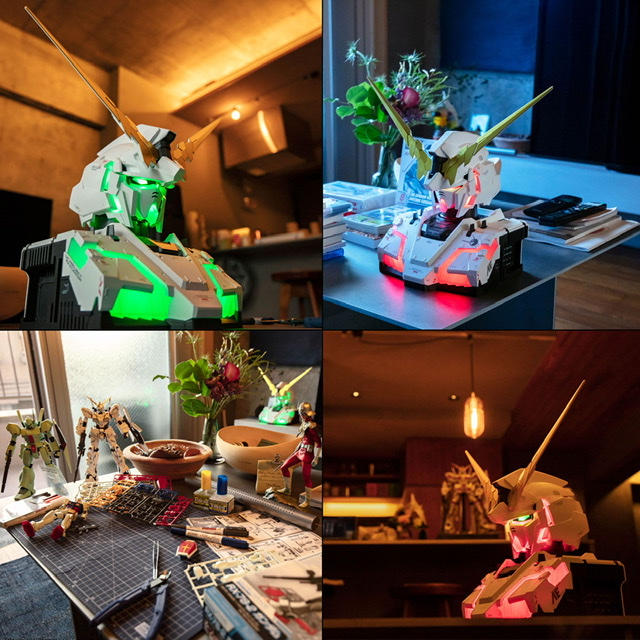 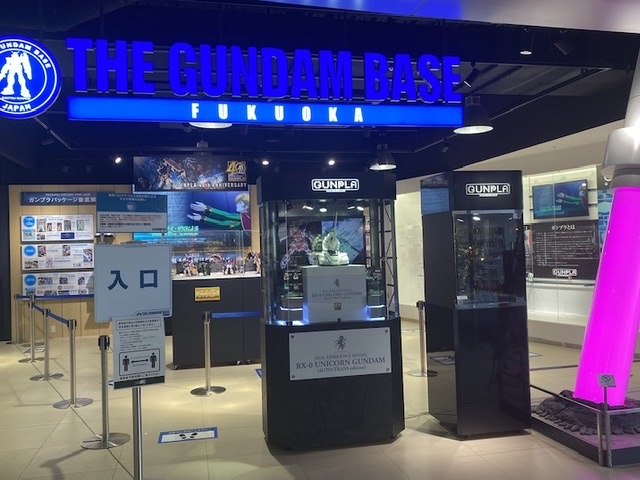 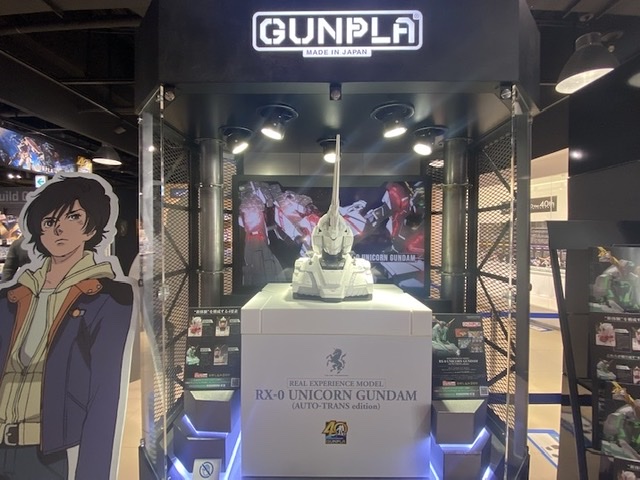 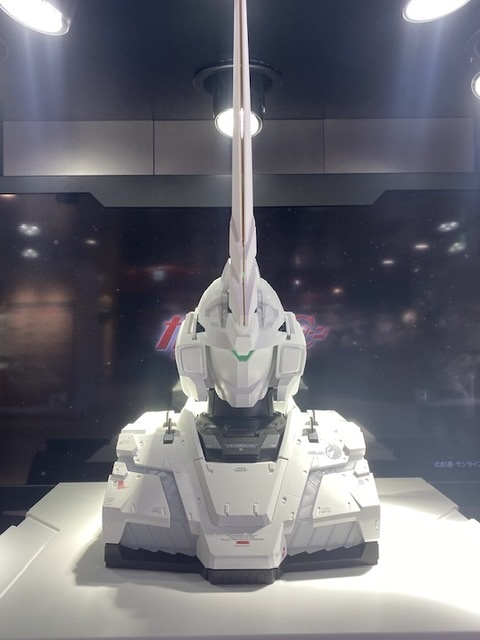 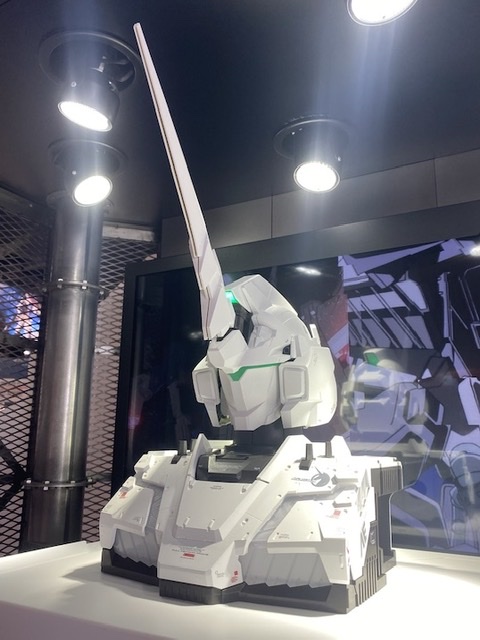 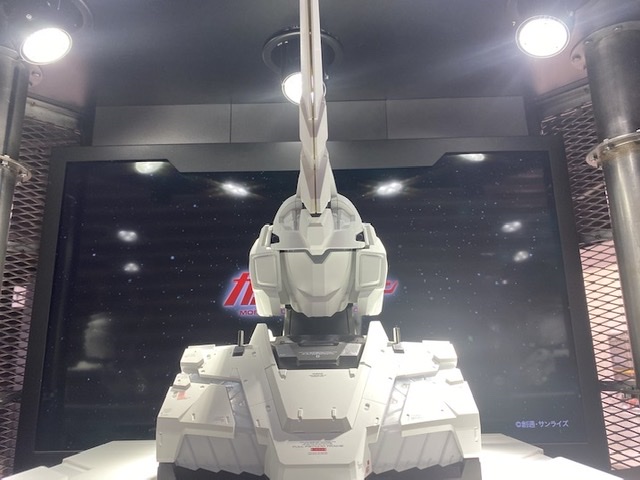 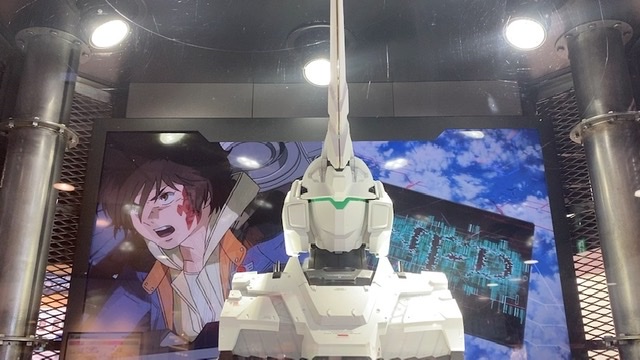 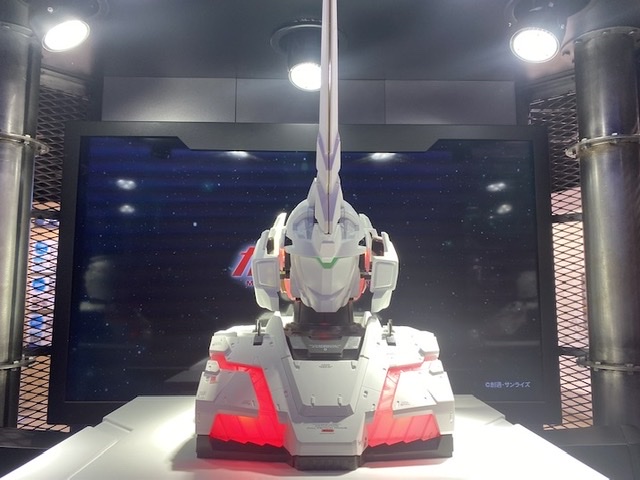 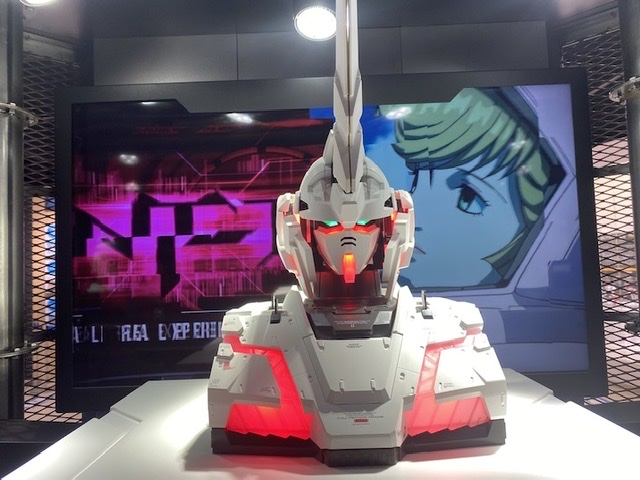 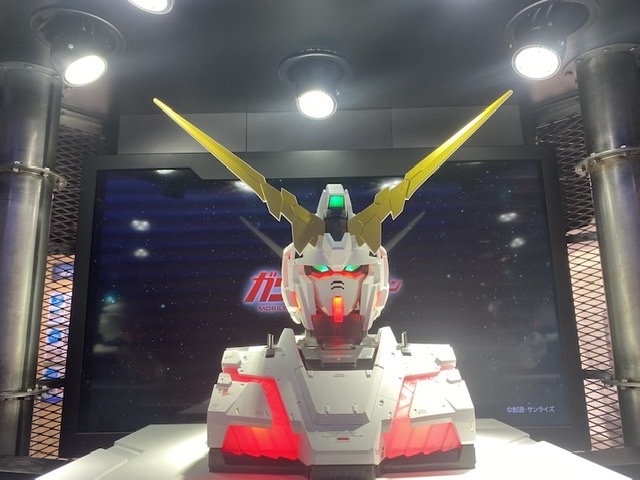 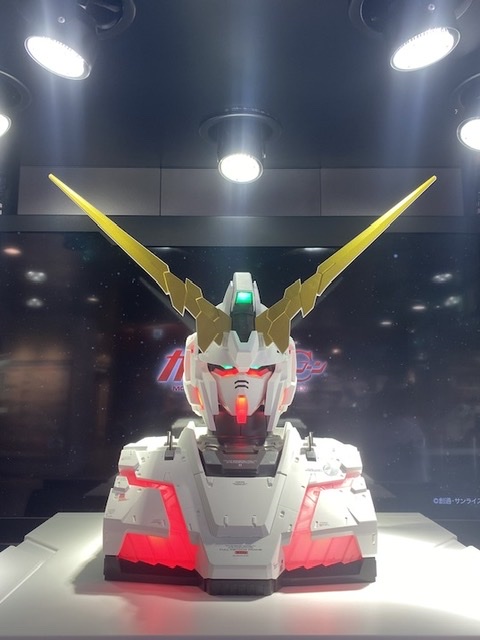 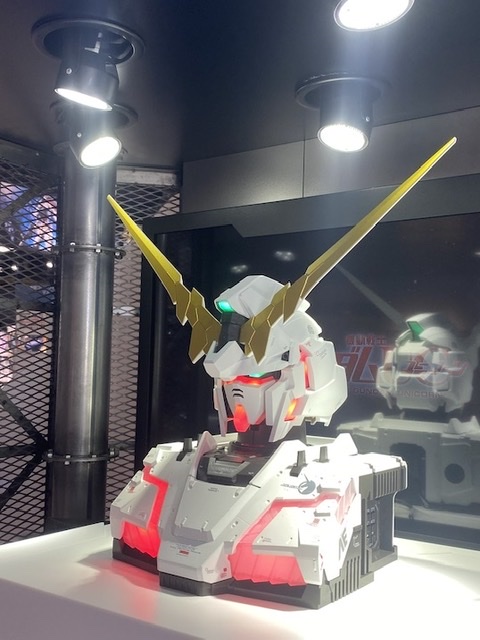 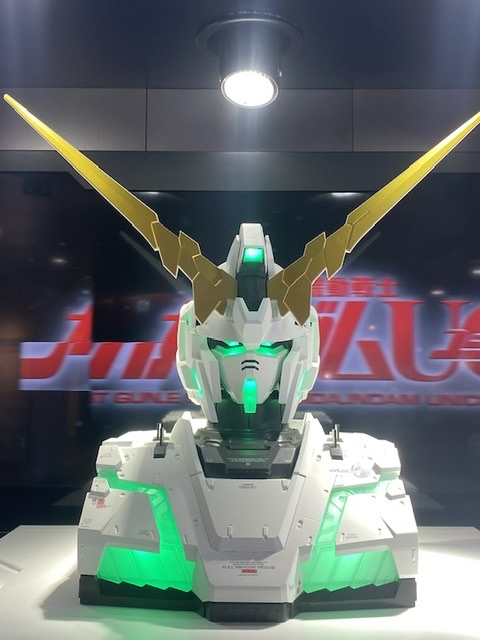 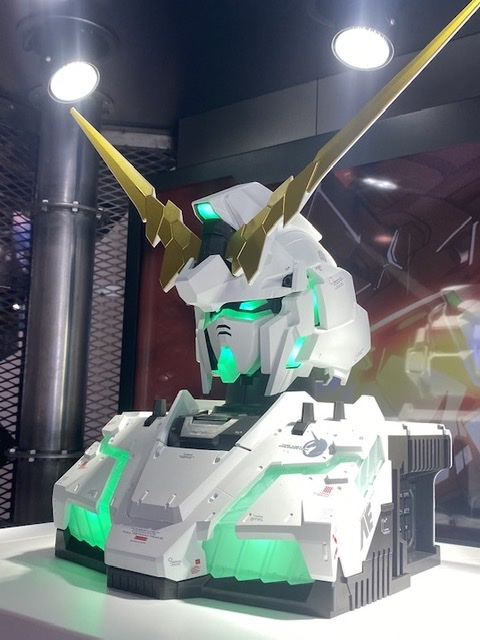 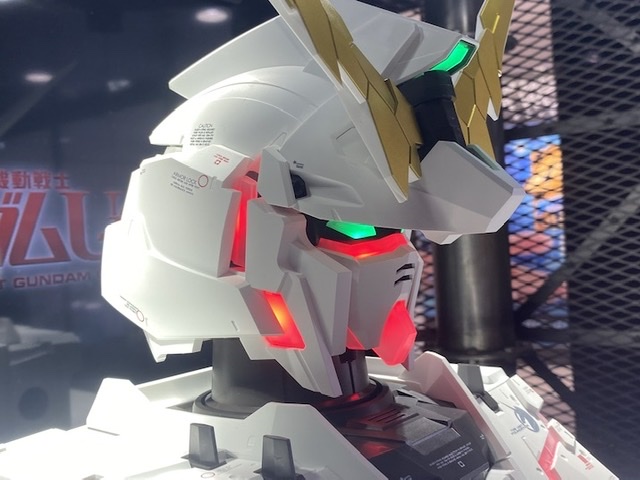