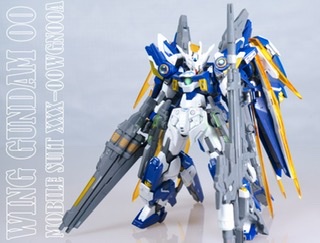 Mix based on the “W0 and 00 are brothers” settings in a certain game
As a result of taking in (crushing) many Gunpla on the way, it was completed mainly with the 00 series kit.
It was completed by mixing with 00 once after the release of HGW0, but it was motivated by Build Fighters and refurbished.

Gunpla created with the idea that “if W and 00 Gundam developers (7 years old) finish it without any consideration” in GBN with a free view of the world
Hard: 00 Gundam Soft: Wing Gundam Zero
Gundam that embodies ~ you should hit with physics rather than dialogue ~.
Unlike the close combat type 00, it is a long-range shooting type with multiple firearms and various bits on the back.
Although the transformation to the neo-bird form has been abolished, it boasts a speed higher than that of a variable machine for a short time by concentrating the thrust of each part.
Mainly precision & large firepower artillery by hit-and-run with large thrust and deployment of many terminals.
The leg dash unit and the lower part of the back wing can be purged to achieve high mobility.

HEAD: Enhanced communication capability and particle control capability with a large antenna.
BODY: Equipped with both ZERO system and Trans-Am system. Assist the reaction speed with the ZERO system for high-speed combat during Transam
ARM: Consists of a shoulder with a built-in sensor vernier and a back of the hand that transmits a shield sword
REG: Equipped with a dash unit that can be purged to increase thrust and enhance AMBAC performance

WEAPON
Main shooting weapon that can replace the barrel part according to the battle situation
GN Sniper Rifle 0: A large cartridge-type sniper rifle. High-power sniper is possible by searching for enemies with a bit and quickly positioning.
Double Buster Rifle: Wing Gundam Buster Rifle connected up and down. Performance does not change, but there is no burden on the main body because it is a cartridge system.
GN long rifle / GN short rifle: Select and use a long rifle with excellent accuracy and power, and a short with excellent rate of fire.
Long / short mounts on the back, sniper rifles and buster rifles are selected according to the mission

GN Hand Gun: Two hand guns mounted on the back. Can be operated by connecting with GN Sword Bit

GN Dagger: Common equipment installed in side armor. A dagger is used because it is thrown and used a lot.

As a result of incorporating it every time a new kit comes out, it settled down to W0 + 00 Sky + Avalanche Exia Dash + AGE2 Magnum

The color is blue & white and I was thinking of removing the tricolor, but I wanted to make the clear parts of the sword orange.
Two sets of Quanta are machined from the transparent plastic plate before painting. 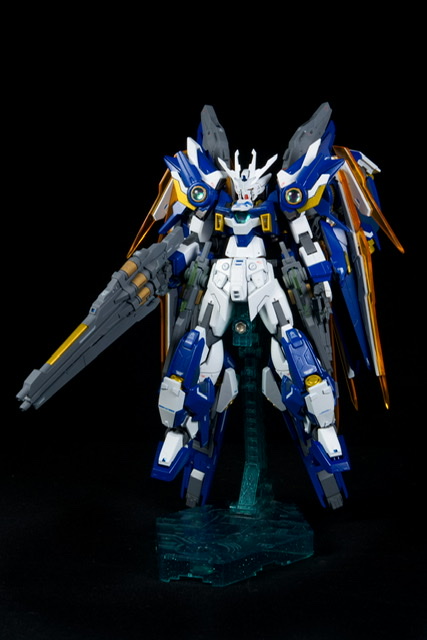 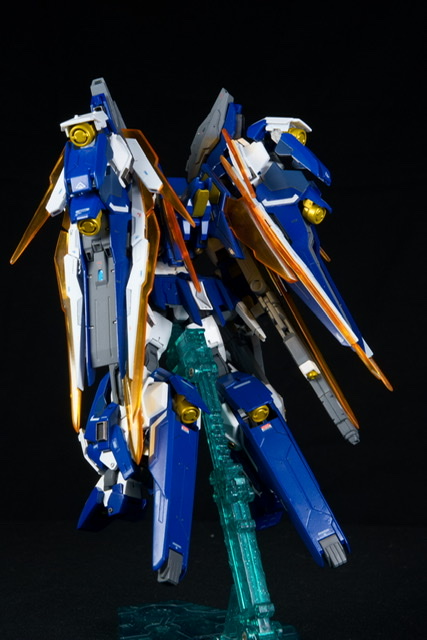 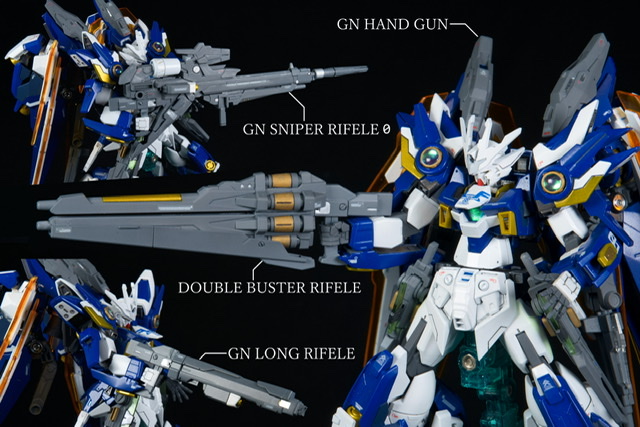 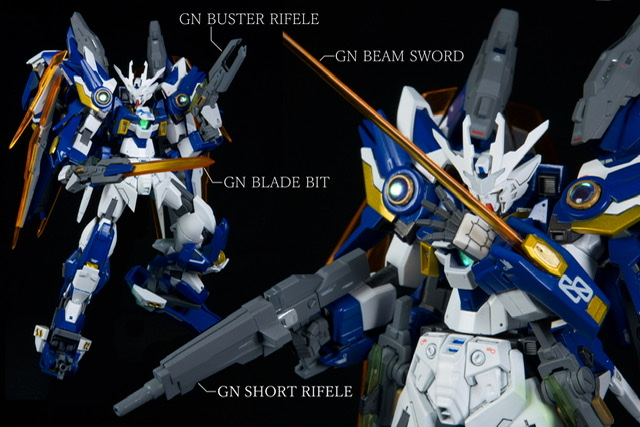 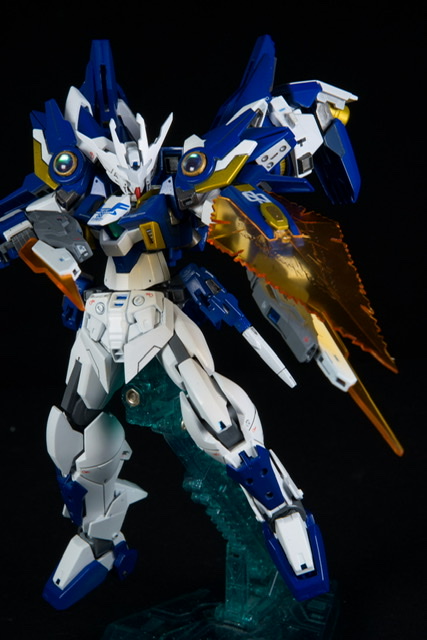 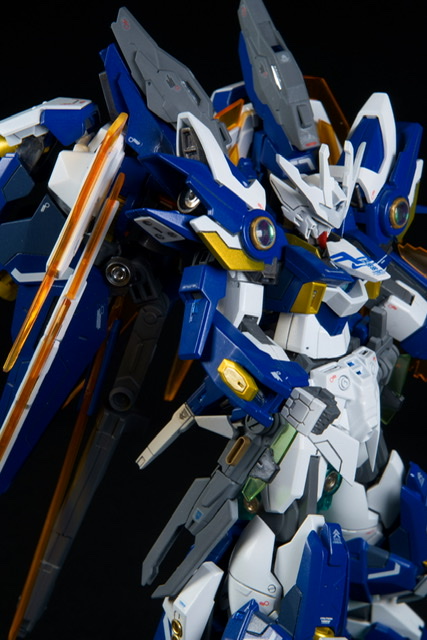 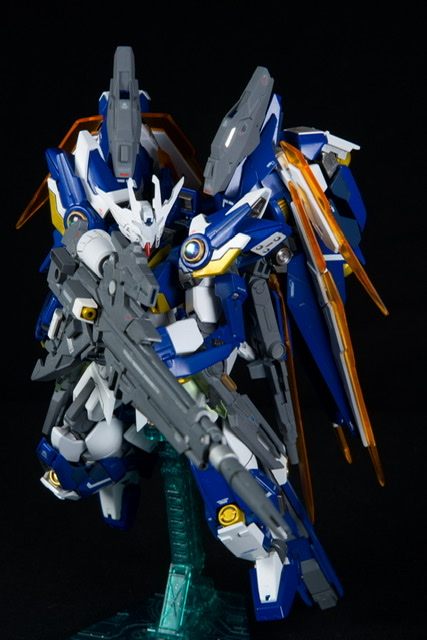 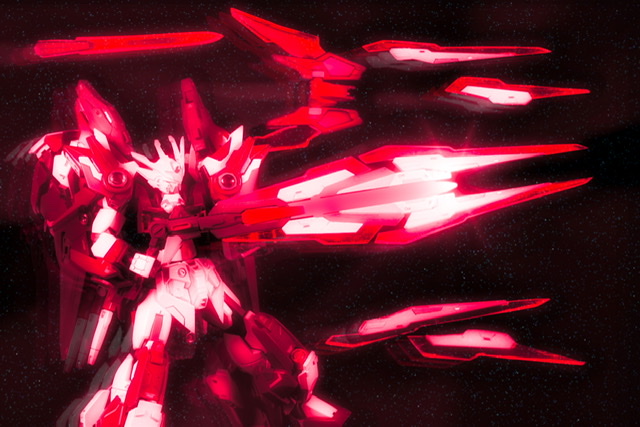 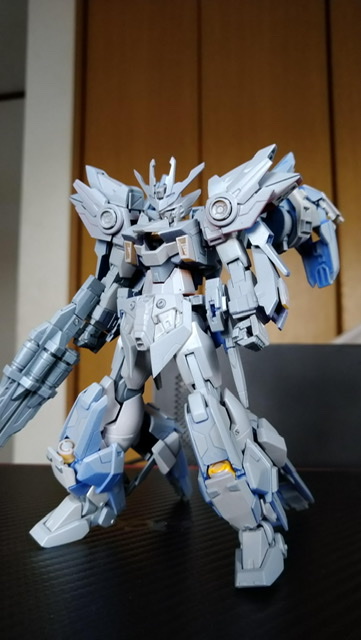 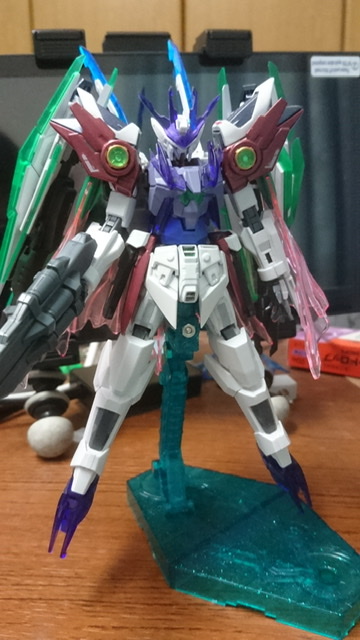