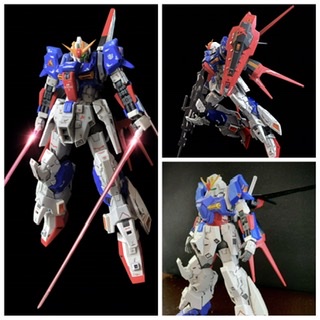 It was created based on the delusion that Amuro Ray would have deployed the Zetas as requested when he was assigned to Londo Bell. With Amuro Ray’s pilot sense, he wouldn’t need excessive equipment or firepower, so i remodeled it with the image of maximizing his ability to succeed.
In addition, assuming that it will be evenly matched with Sazabi, it is equipped with a psycho frame while incorporating data from Moon Gundam
In addition, the deformation mechanism has been omitted to strengthen the armor of the MS.
Instead, the booster shield and backpack are equipped with a flight unit that allows them to move freely in the air even under gravity.
I made a mixing modification with the IF setting.
I personally couldn’t find any significance in changing the MS, so I completely ignored it and started remodeling. In the first place, at the point where it can not be changed without replacing parts with HG, it is no longer good.
I tried to create a feeling of intimidation that seems to destroy the fleet with the beam saber alone.
The Zeta Gundam is still an image of freely running around the universe.
It was just an accident that I omitted the swivel cover (individuality), but I wonder if it was good as a result.
The rifle mixed Fenice’s Buster rifle based on the Zeta’s.
I am using Moon Gundam as a body, but the standard is different from the conventional HG, and mixing was difficult.
I personally didn’t like the profile of the Zetas at all, so I transplanted the back of the strike to fix the cliff.
As you can see, the backpack is a 90% Aile strike fly unit.
Although I brought it from MS with a completely different time axis, it fits unexpectedly.
I completely omitted the deformation mechanism, so I wonder if this much equipment is needed.
Above the head Before / Below After
It was repaired mainly on the surface length and the cliff on the back of the head.
I killed the Zeta’s personality and brought it closer to the silhouette of the RX78.

In the early days of production.
The Zeta’s shoulder parts have a different uneven structure on the body of Moon, and I could not connect without modification, so I modified the shoulder connection parts of V2 Gundam and forcibly connected them. This remodeling was the most troublesome.

Mixing Buster rifles and Zeta rifles.
I think we succeeded in giving volume to the Zeta rifle, which had a thin impression.

Since the connection format is completely different, I built a new shaft and replaced it with the Zeta’s toes.

The moment when the two shields were destroyed in the early stages of production.
Up to this point, I wanted to keep the Sui cover, but I didn’t feel like adopting it, so I threw it into the trash can.
It is a comparison with the unassembled. The original design of Future Modern is also cool, but since it is a dedicated Amuro machine, it has been refurbished with a slightly more basic heroic concept. 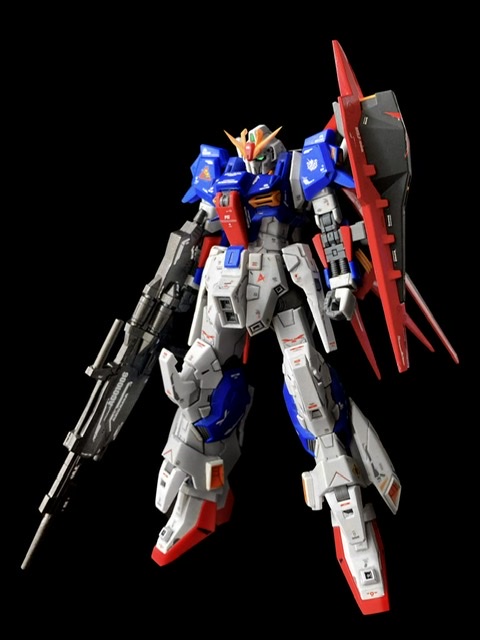 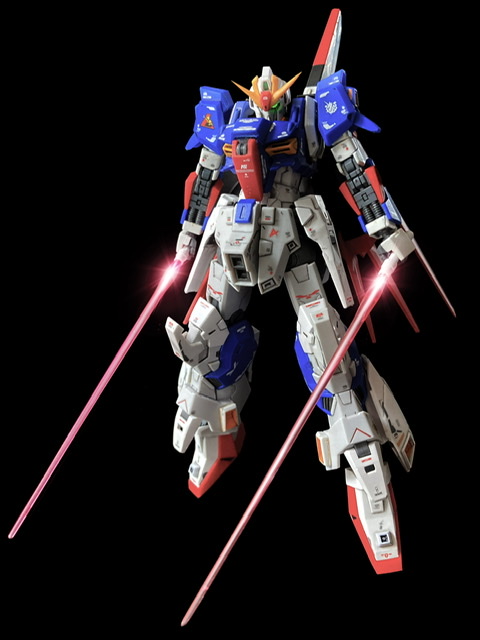 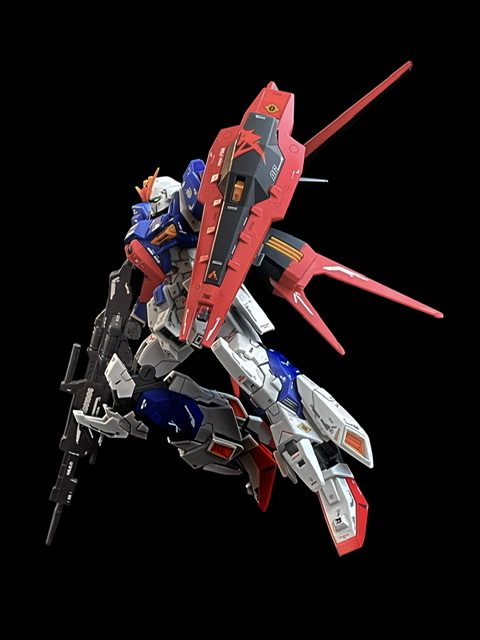 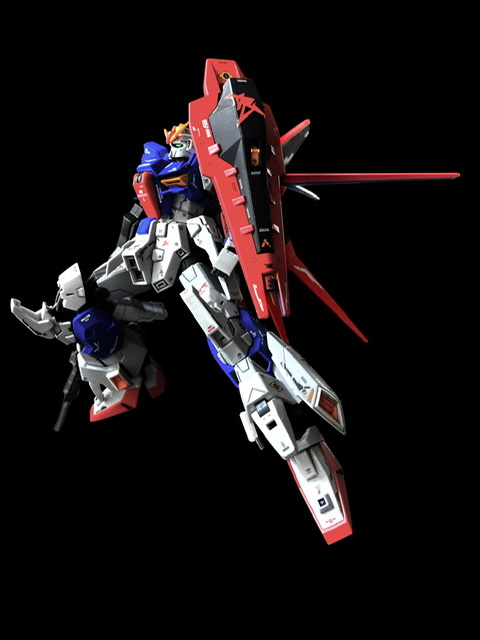 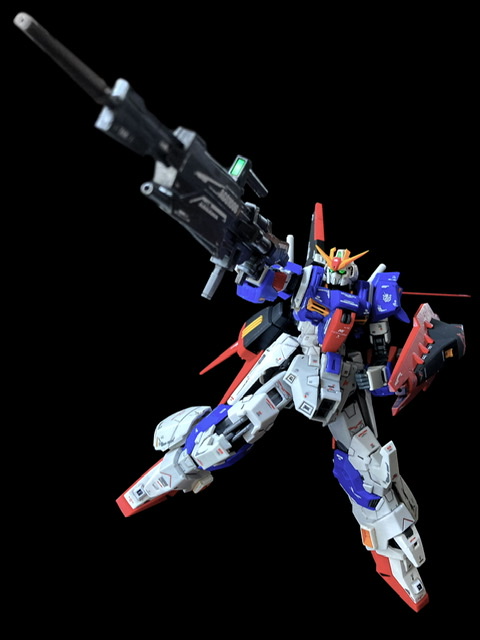 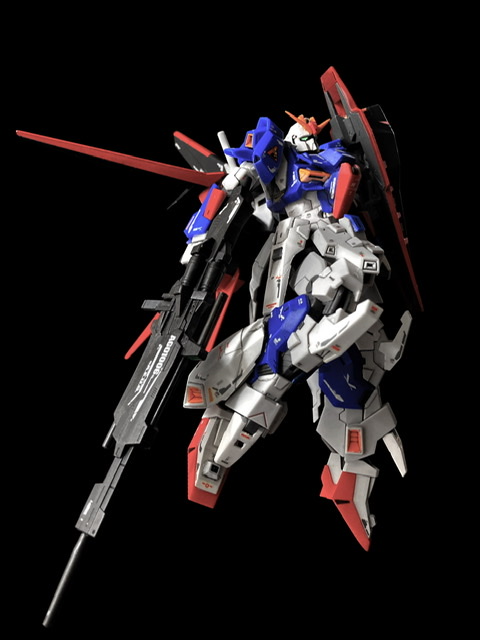 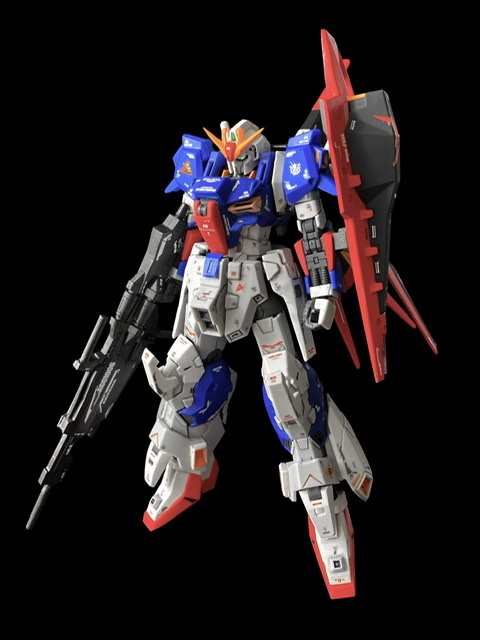 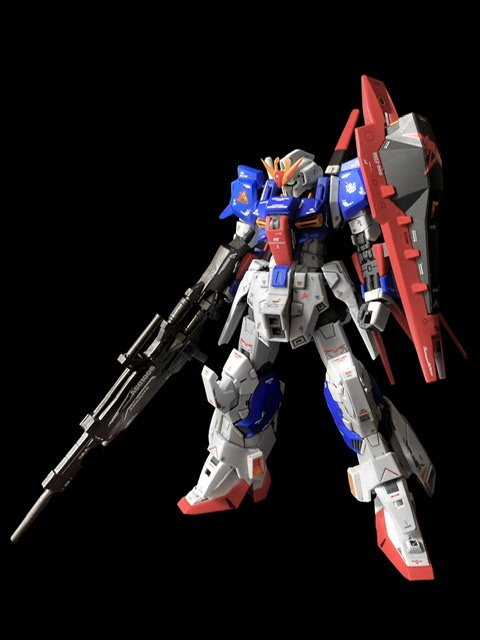 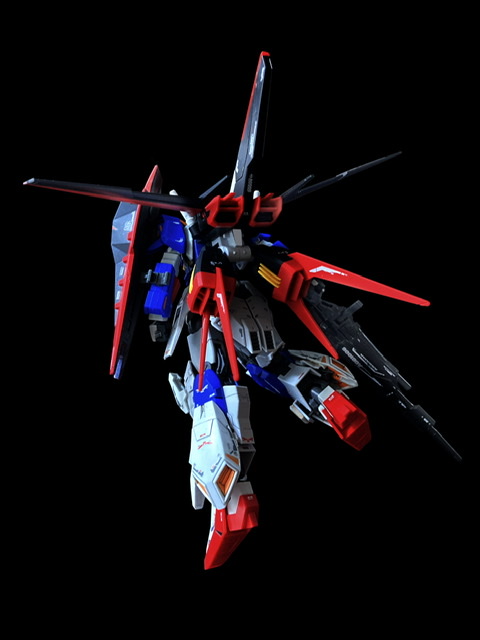 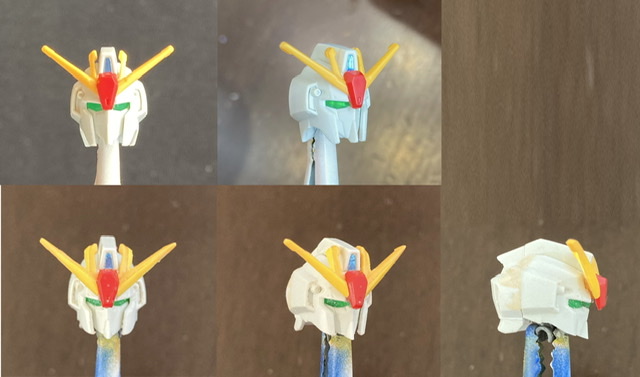 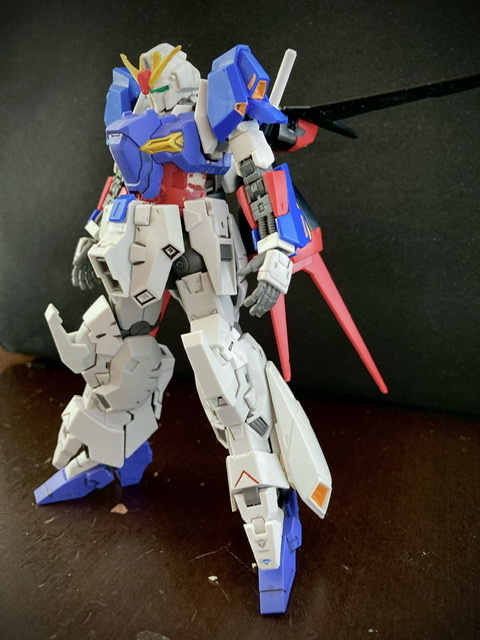 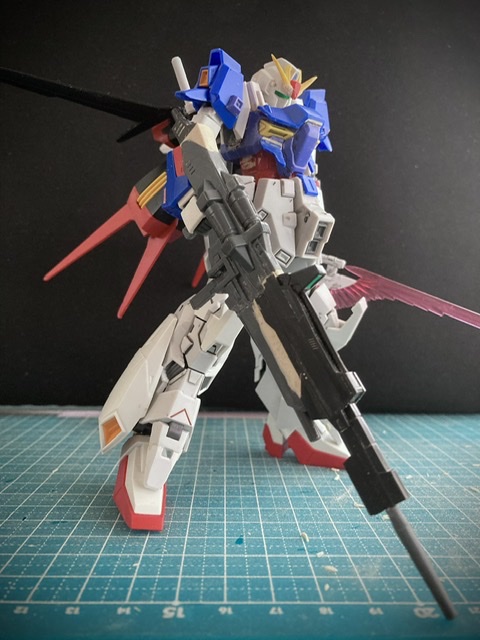 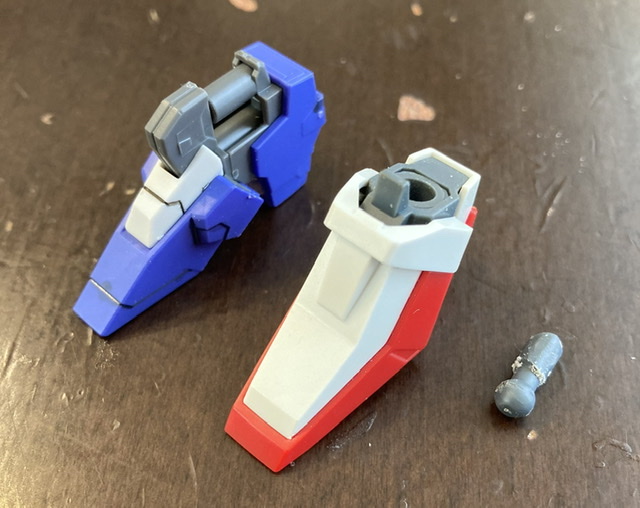 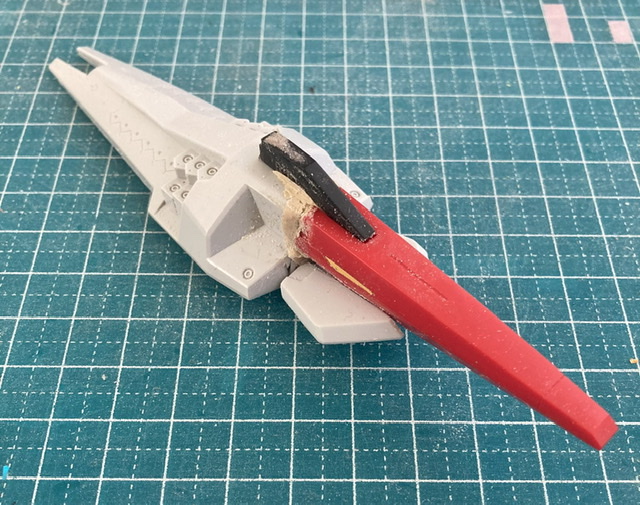 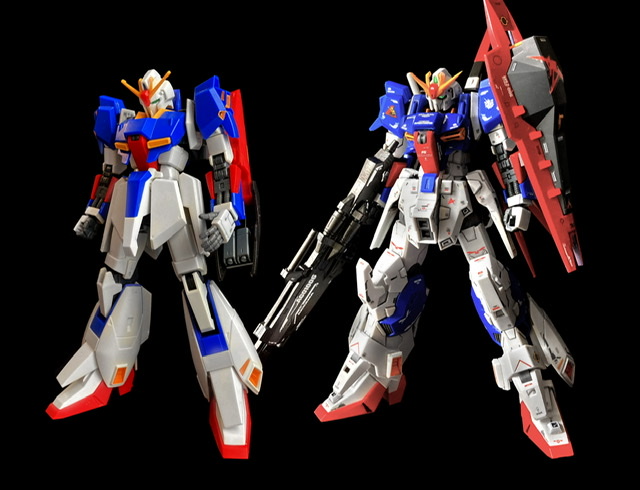