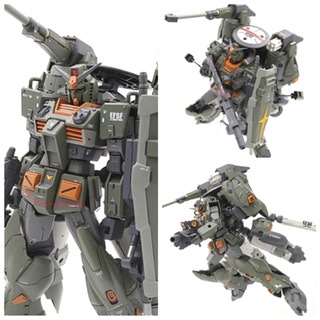 I tried to make EG Gundam to my liking by combining 30MM parts
The coloring is based on the Full Armor Gundam, coloring MS such as GM Sniper Custom and GM Striker.

Based on EG Gundam, 30MM PortaNova underwater type and various custom parts are combined.
After that, I tried to increase the amount of details of plain EG Gundam by pasting plastic plates as chips in various places.

Front & rear
Fake ν Gundam is used below the knee. I combined parts such as Porta and Wave Option System so that they could be indirectly connected to the thighs of the EG.
The backpack is based on Ciel Nova’s and connects the Eldora Brute and Guncannon backpacks with Wave Option System and Ballden Arm Arms.

Weapon
Custom parts are glued to the base of the EG Gundam rifle to make it look like a reinforced rifle.
The shield is a G frame one, and the back is equipped with a pile bunker … The porta underwater type parts are connected.

action
Feeling like holding a rifle.
It is possible to hold it with one hand, but I think that holding it with both hands will be the default because it has become larger.

Since the saber is mounted on the opposite side of the pile bunker behind the shield, it is possible to perform close combat in a hurry.

It seems that the cannon of the backpack and the quadruple Vulcan cannon have high shooting ability from long range to medium range.
Feeling like firing a rifle while retreating against an enemy that approached carelessly
It looks heavy because it is equipped with various firearms, but it is possible to move the hover by adding boosters in various places. 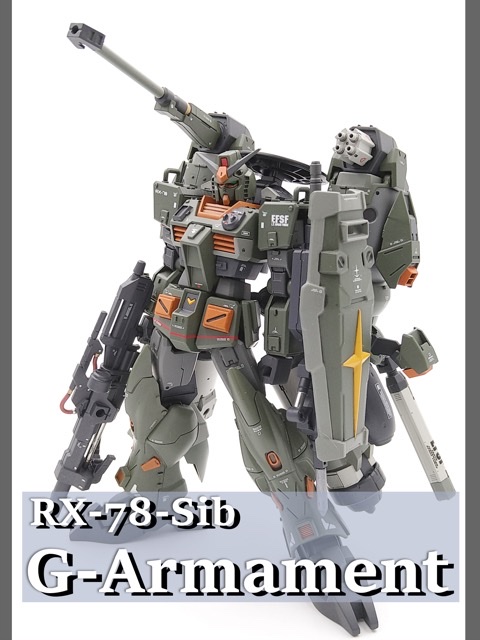 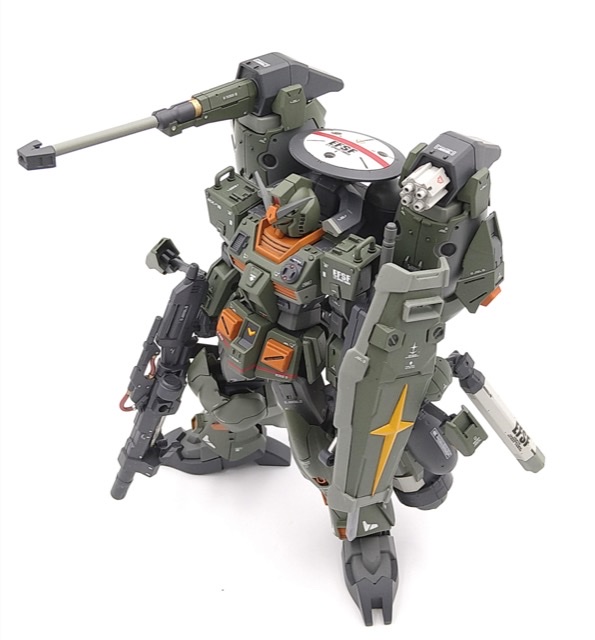 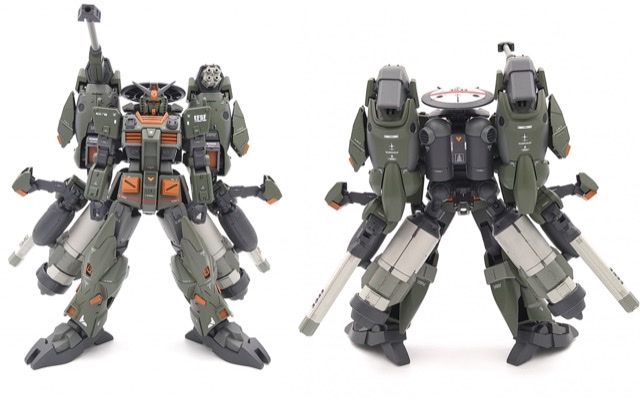 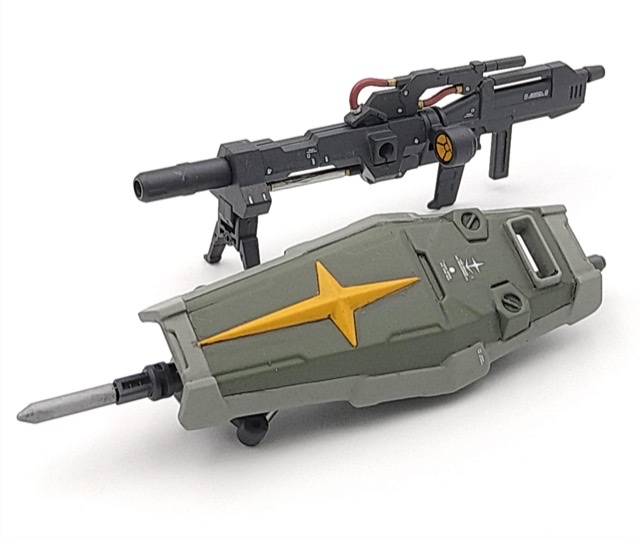 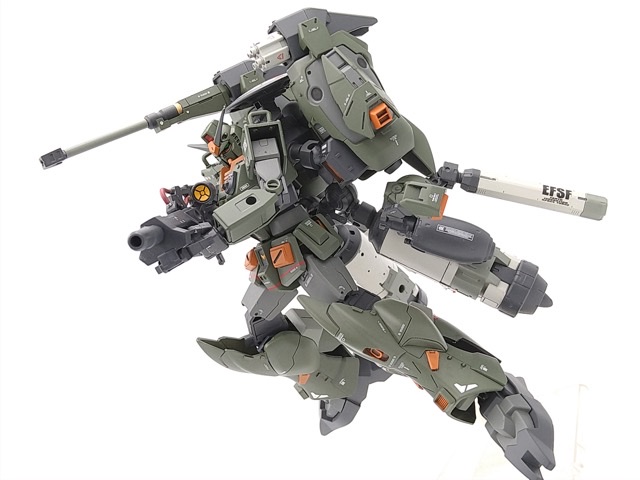 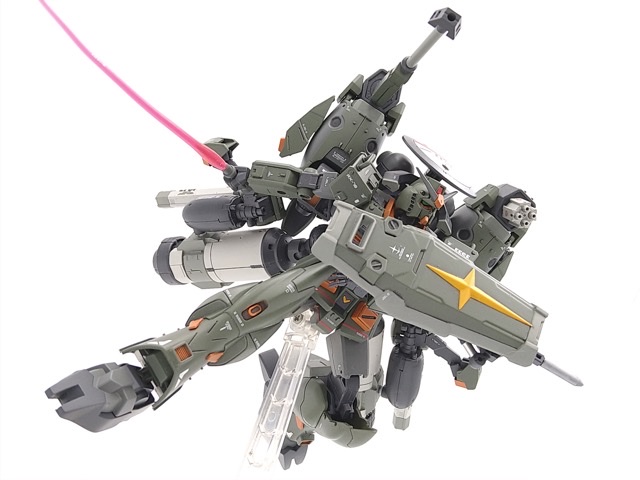 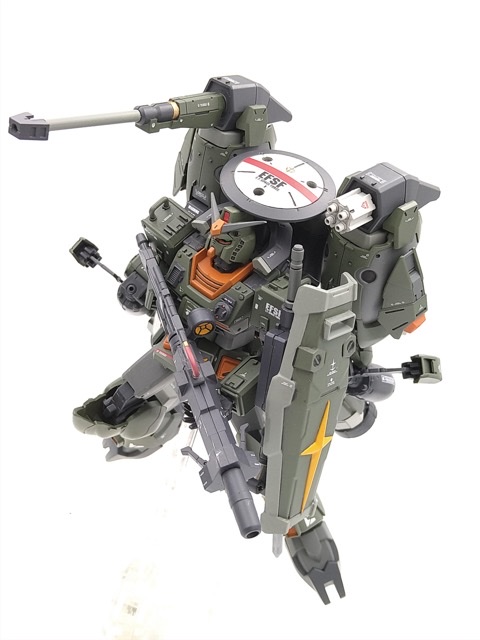 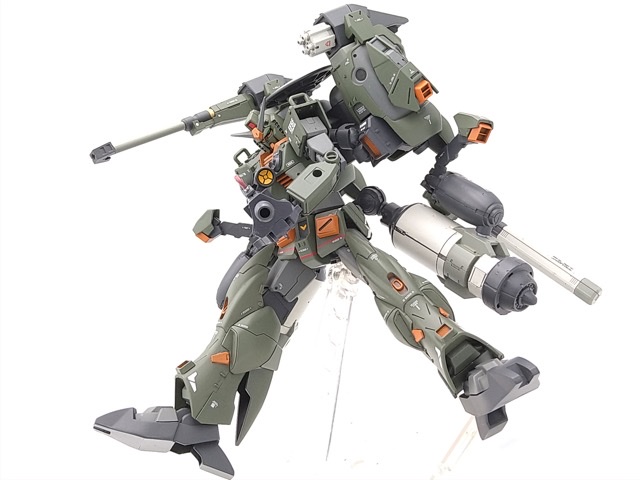 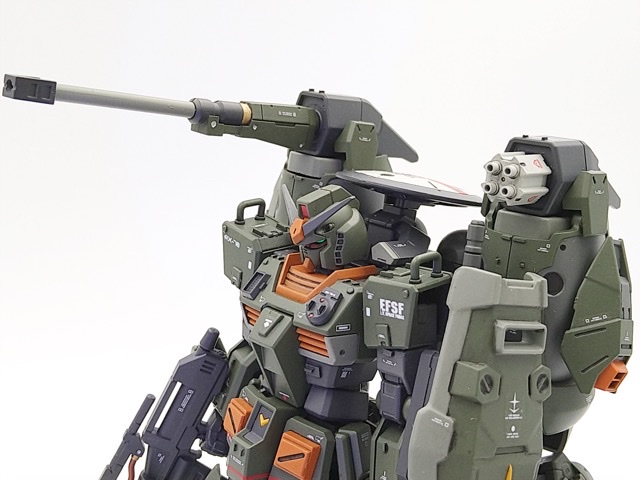