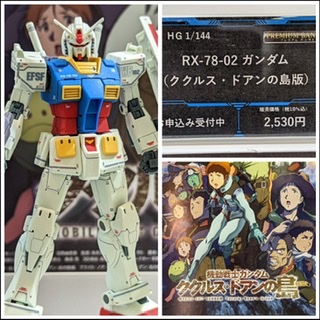 After enduring a defensive battle in Jaburo, the Earth Federation Forces plan to launch an operation to capture Odessa, the headquarters of Zeon’s Earth Attack Force. Amuro and the White Base head to Belfast to resupply before the mission. However, the White Base receives new orders; to head to an uninhabited island known as the “Island of No Return” to wipe out stragglers. Amuro sets out on the island in search of soldiers that were left behind but instead finds a group of children and a Zaku that shouldn’t be there. Losing the Gundam in a battle, Amuro meets a man who calls himself Cucuruz Doan. Uncovering the secrets of the island, can Amuro find the Gundam again and escape safely…l

From the movie “Mobile Suit Gundam: Cucuruz Doan’s Island”, Gundam, who landed on an uninhabited island in a mission to wipe out remnants, appears in the HG series.

By renewing the molding color of the whole body, the coloring in the play is reproduced. A new water transfer type decal is included, such as a unit emblem indicating the affiliation of the White Base unit.
The molding color has been renewed from the head to the toes. Reproduce the color image in the play of the medium-term Gundam.
Comes with a new water transfer decal
A caution mark and a unit emblem indicating the affiliation of the white base unit are attached with a water transfer type decal. Also includes line marks
A wealth of optional parts such as Gundam weapons and hand parts are included.
In addition to weapons such as beam rifles (early / mid-term type) and shields, weapon holders, flat hands, etc.
A set of optional parts that expand the range of poses
Delivered in a full-color package using the theater key visuals of “Mobile Suit Gundam Kukurus Doan no Shima”!

* The finished product in the photo is painted. It is also a prototype under development. It may differ from the actual product.

This product may be sold at events hosted by our company, other projects, and overseas.

To celebrate the screening of the Mobile Suit Gundam: Cucuruz Doan’s Island movie on June 3rd, 2022, Premium Bandai announces the release of the RX-78-02 Gundam in the HG Universal Century GunPla lineup.

The kit is molded in similar colors faithful to the movie version while sharing the same molds with the Gundam The Origin version of the RX-78-02 Gundam. The kit also features a newly designed water slide decal sheet to detail the kit.

The kit will be packed in a full colored box art celebrating the release of the movie. 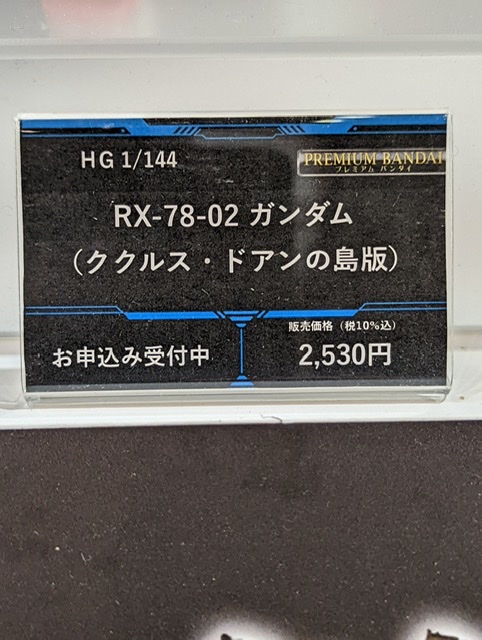 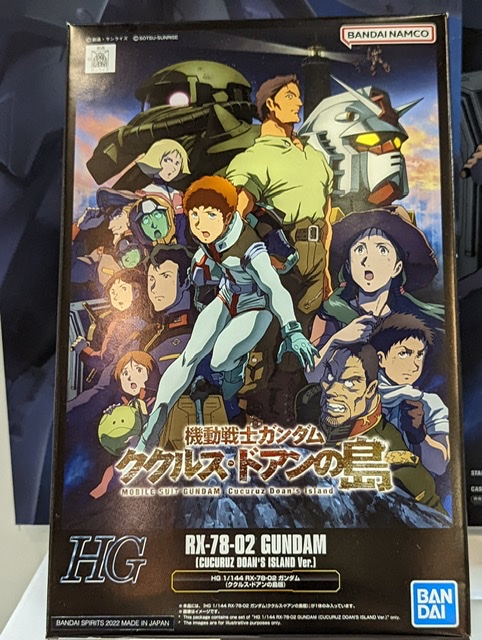 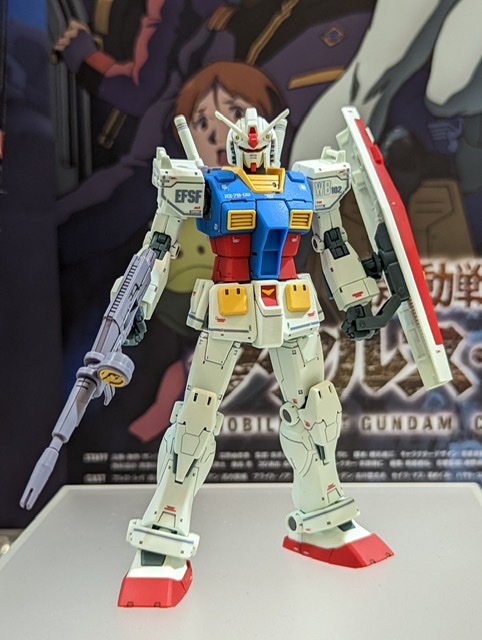 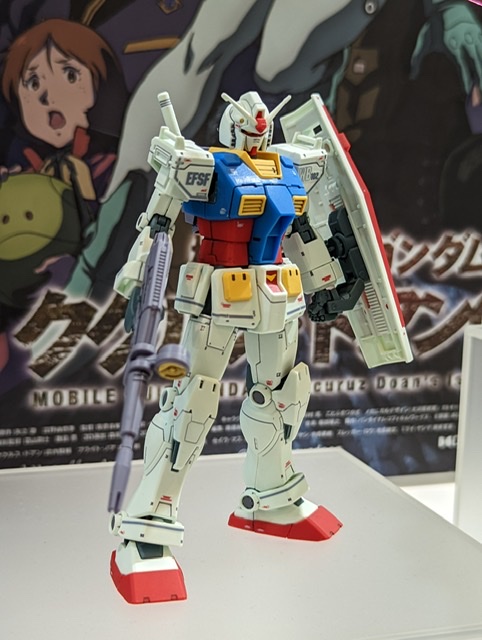 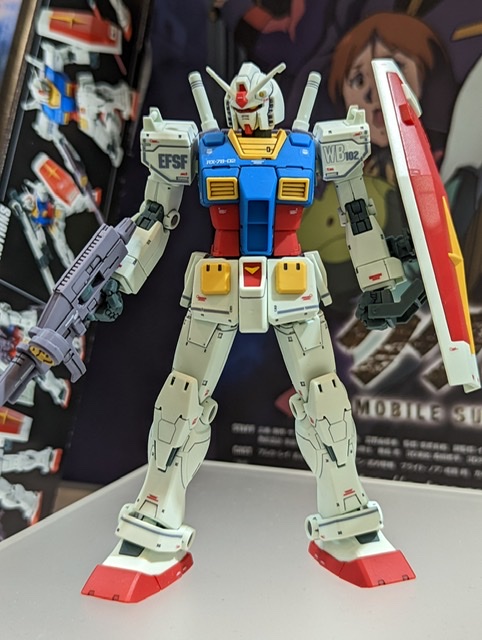 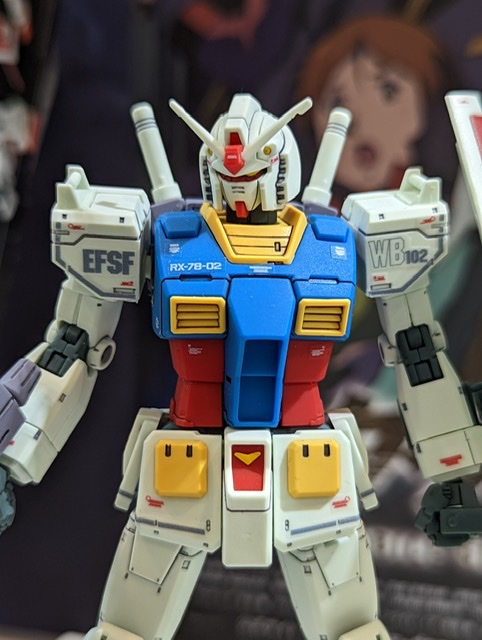 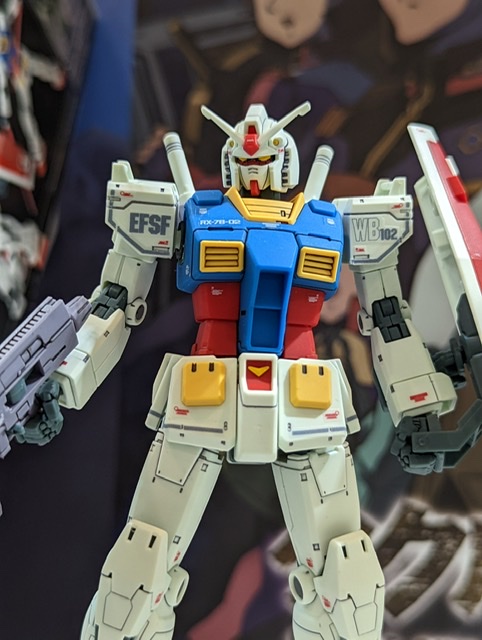 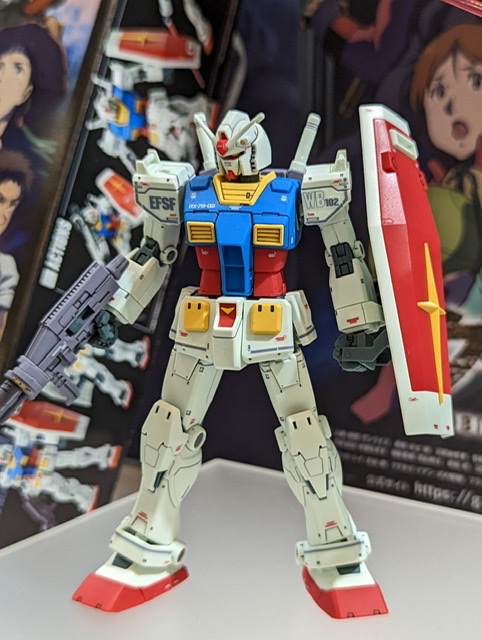 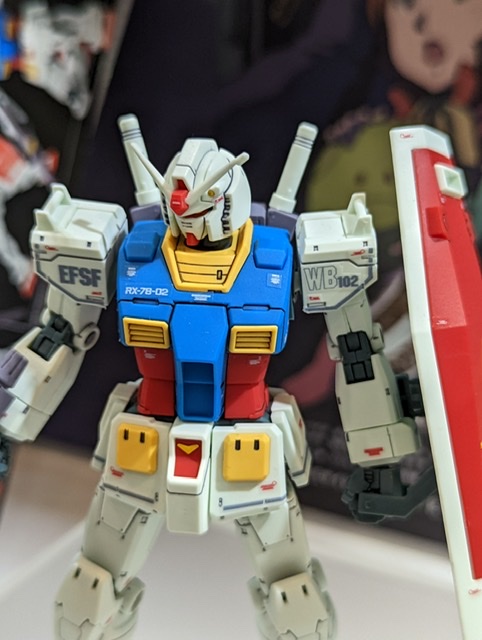 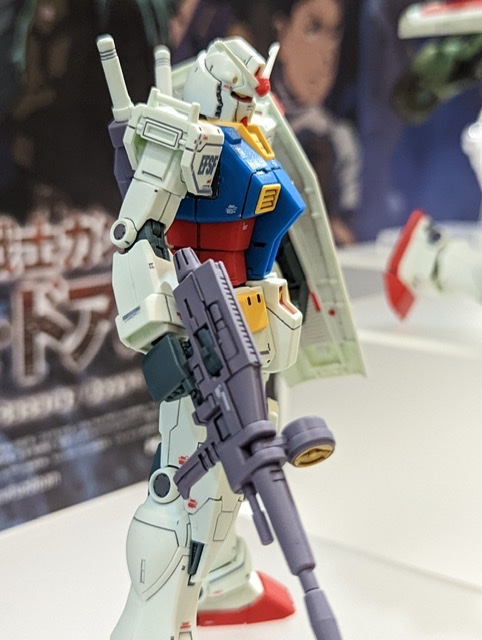 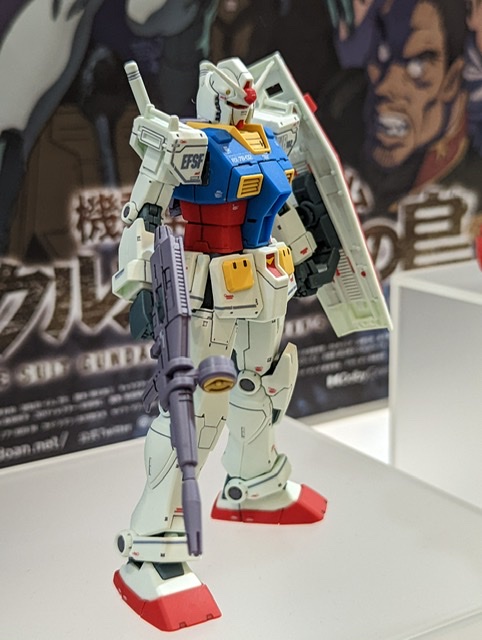 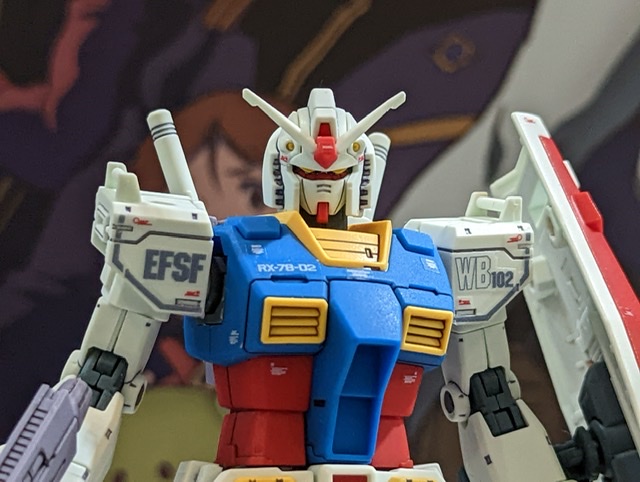 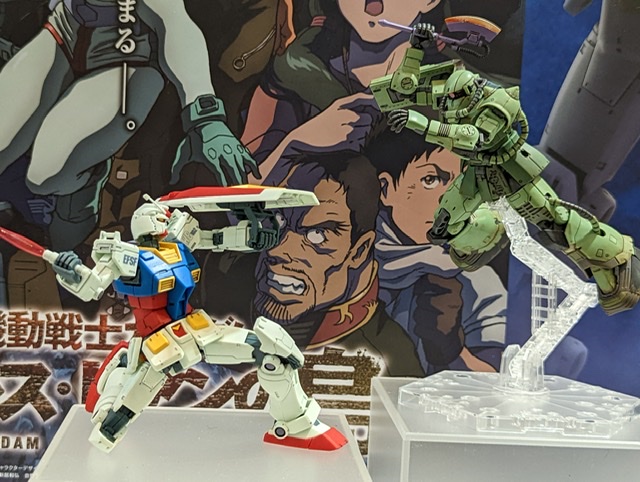 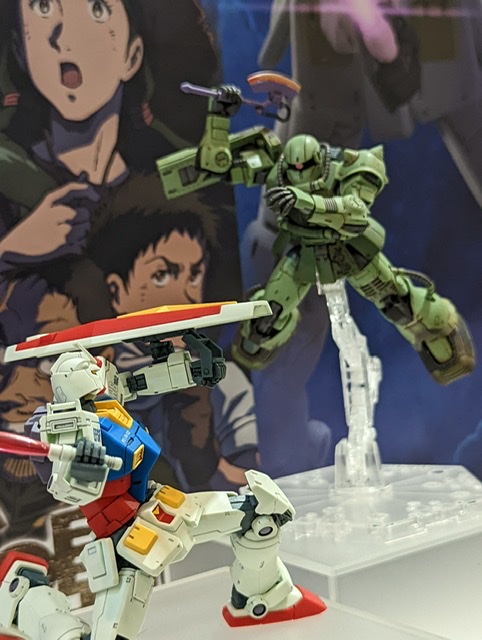 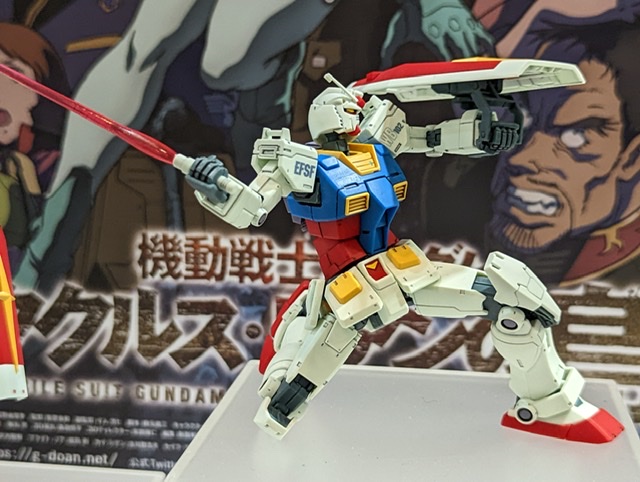 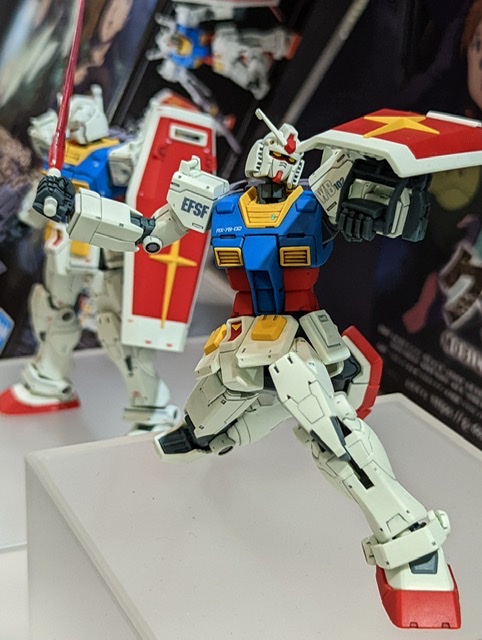 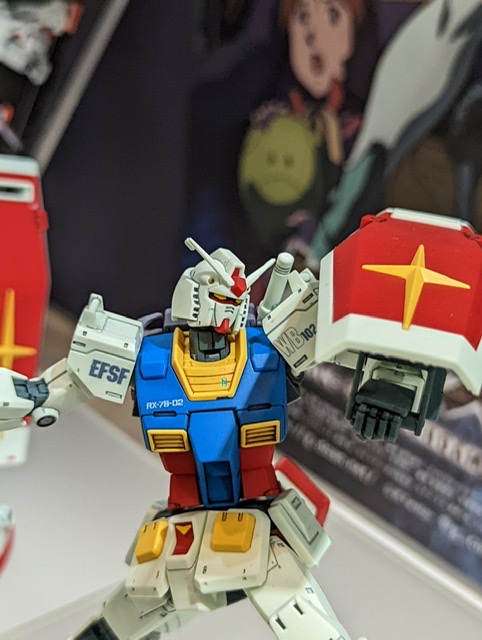 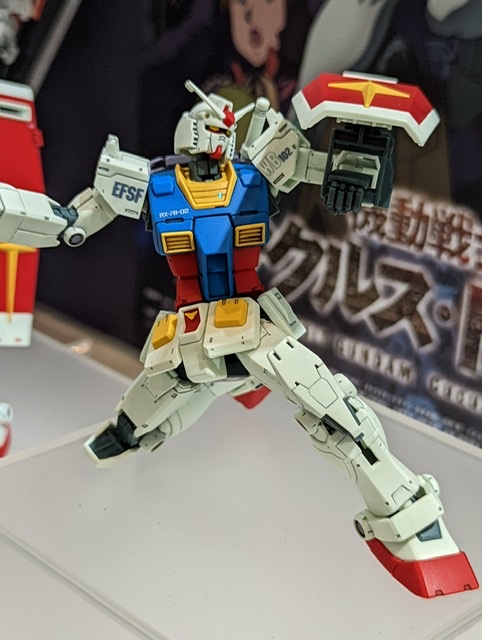 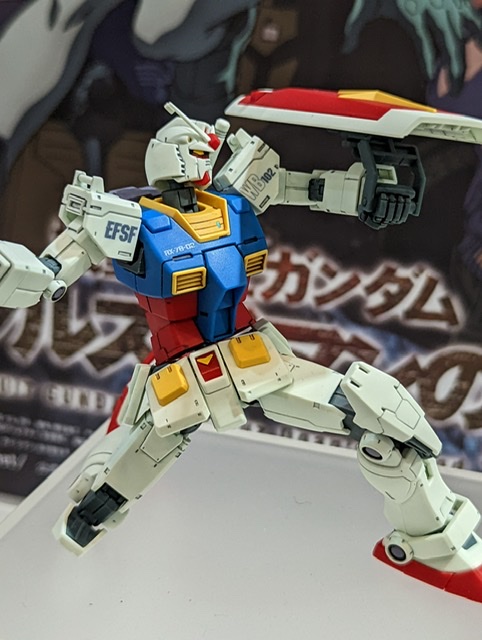 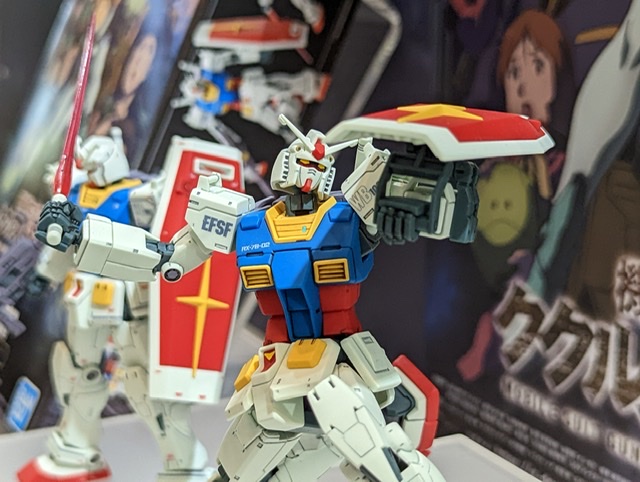 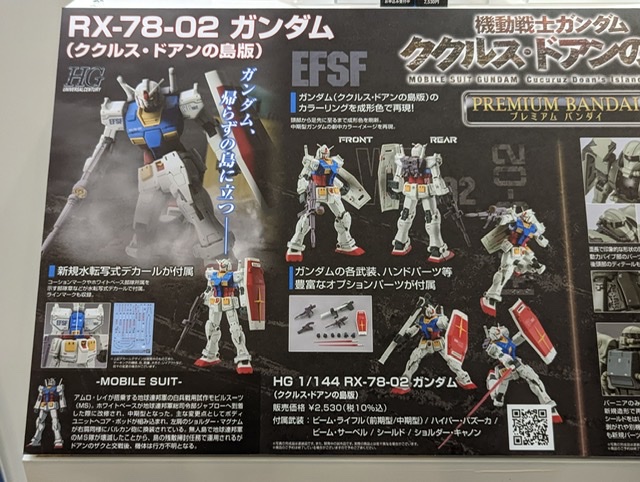