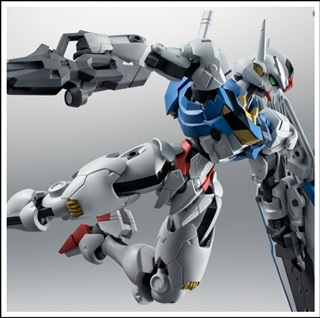 the main character Gundam Aerial will be commercialized in the ROBOT Spirits verANIME
The skillful joint structure cultivated in the series realizes a characteristic silhouette and supple movement.
Details will be released on May 23

Bandai Namco Group unveiled a new teaser video and visual for Mobile Suit Gundam: The Witch From Mercury (Kidō Senshi Gundam: Suisei no Majo), the first new Gundam television anime series in seven years, during its Gundam Conference on Tuesday. The video reveals the anime’s protagonist, the first ever “female hero” in a main Gundam television anime series, as well as her mobile suit, the Gundam Aerial.

The conference also revealed a prequel project for the anime titled Mobile Suit Gundam: The Witch From Mercury Prologue. Bandai Namco described the prequel as a full-fledged project that will feature its own story and mobile suits, including the Gundam Lfrith and Beguir-Beu

The prologue project will debut this summer, and will debut first at the Gundam Factory Yokohama, the life-size Gundam Unicorn statue in Tokyo’s Odaiba, the life-size Freedom Gundam statue in Shanghai, the life-size RX-93ffν Gundam statue in Fukuoka, and the upcoming Gundam Base Virtual World in Bandai Namco Group’s planned Gundam Metaverse project. The project will then debut in events in Japan and around the world at a later date.
Related gunpla in 1/144-scale models for the three newly revealed mobile suits are already in production.

Koji Fujiwara, Bandai Namco Entertainment’s Chief Gundam Officer, stated at the “Dai 2-kai Gundam Conference” event last September when the anime was first announced, “We are aiming to create a work that even young generations will support.” He added, “We are making bigger developments than ever before.”

From the TV anime “Mobile Suit Gundam: The Witch of Mercury” that will be broadcast from October 2022, the main character Gunpla “HG 1/144 Gundam Aerial” will be released.

The Gunpla “HG 1/144 Gundam Lfrith” that appears in the prequel “PROLOGUE” of the TV anime “Mobile Suit Gundam: The Witch of Mercury” will be released.

“ROBOT Spirits ver. A.N.I.M.E.” and “Chogokin” are in the process of commercializing the TV anime “Mobile Suit Gundam: The Witch of Mercury,” which will start broadcasting in October 2022. 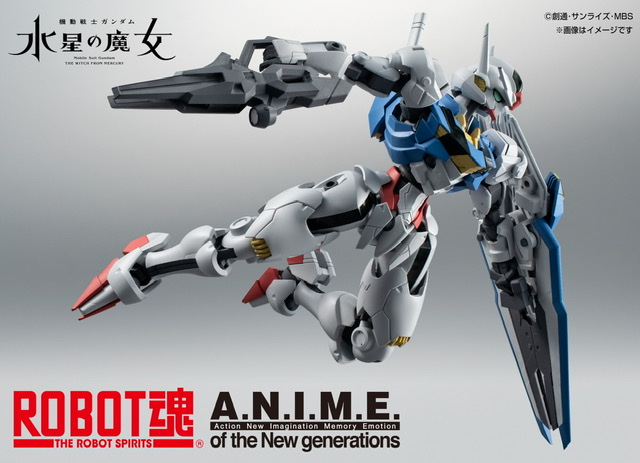