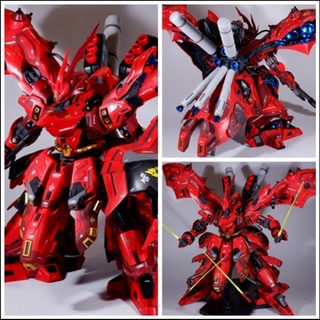 It is a work that mixes “MG Sazabi Ver. Ka” based on “HG Nightingale”. It was a similar size, so I did my best!

back
The coloring has been added with brightness
Gold is used as an accent and green chips are studded on each part.

image ①
I tried to make it composed of each part and parts of both machines.

image ②
A power cable was added to the base of the back binder and arranged.

image ④
The lumbar binder had a large surface and it was difficult to improve the details. It was applied using Sazabi parts.

image ⑥
Personally, I liked the rear view of the nightingale vernier, so I painted the vernier in clear blue to emphasize it. The color is as good as the red color of the exterior, which makes it feel good!

the armament.
Large mega beam rifle
Created by mixing Sazabi’s rifle parts based on the Nightingale rifle. The muzzle has also been enlarged to give it a more powerful feel.

shield
There was no difference between Nightingale and Sazabi, so I chose Sazabi, which has more details.

Beam Tomahawk & Beam Saber
I adopted the one of Nightingale.

Funnel
There are a total of 16 units, using the ones from both machines.
For Sazabi’s items, I processed the backpack and attached a rack. 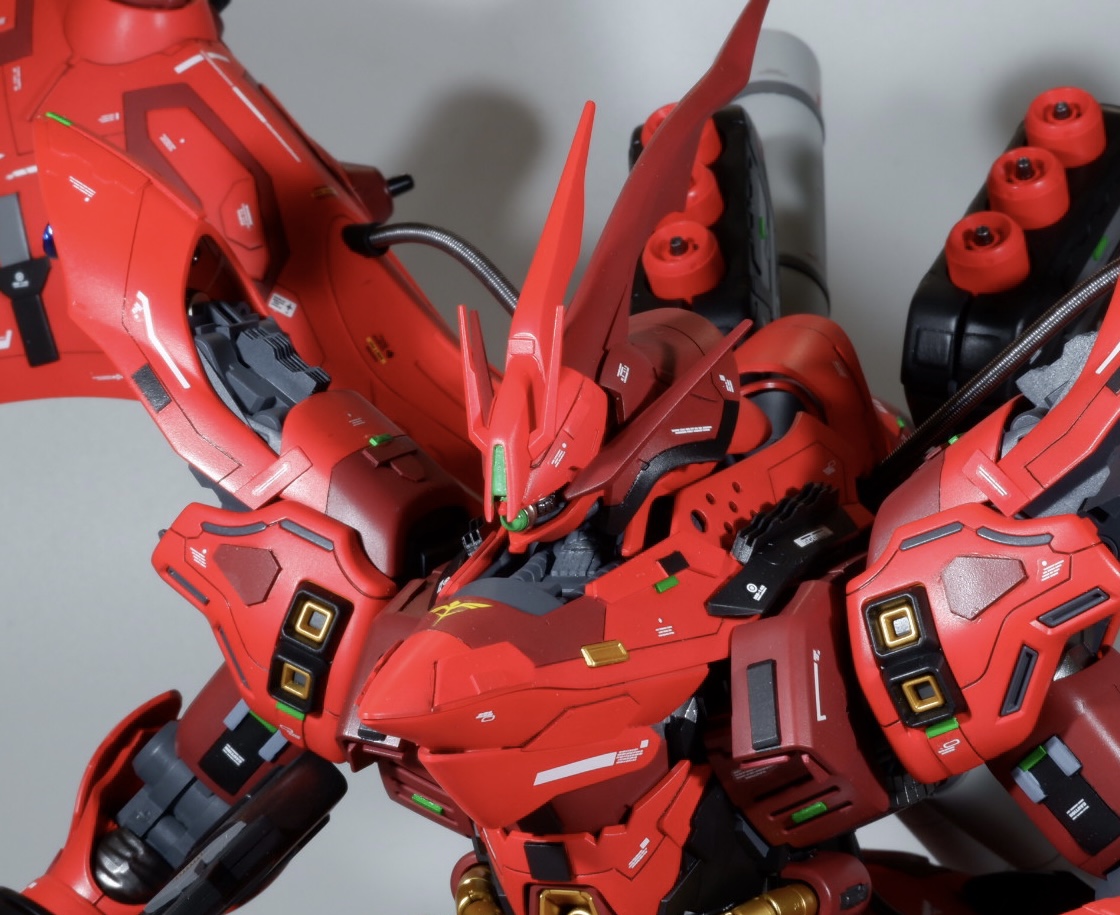 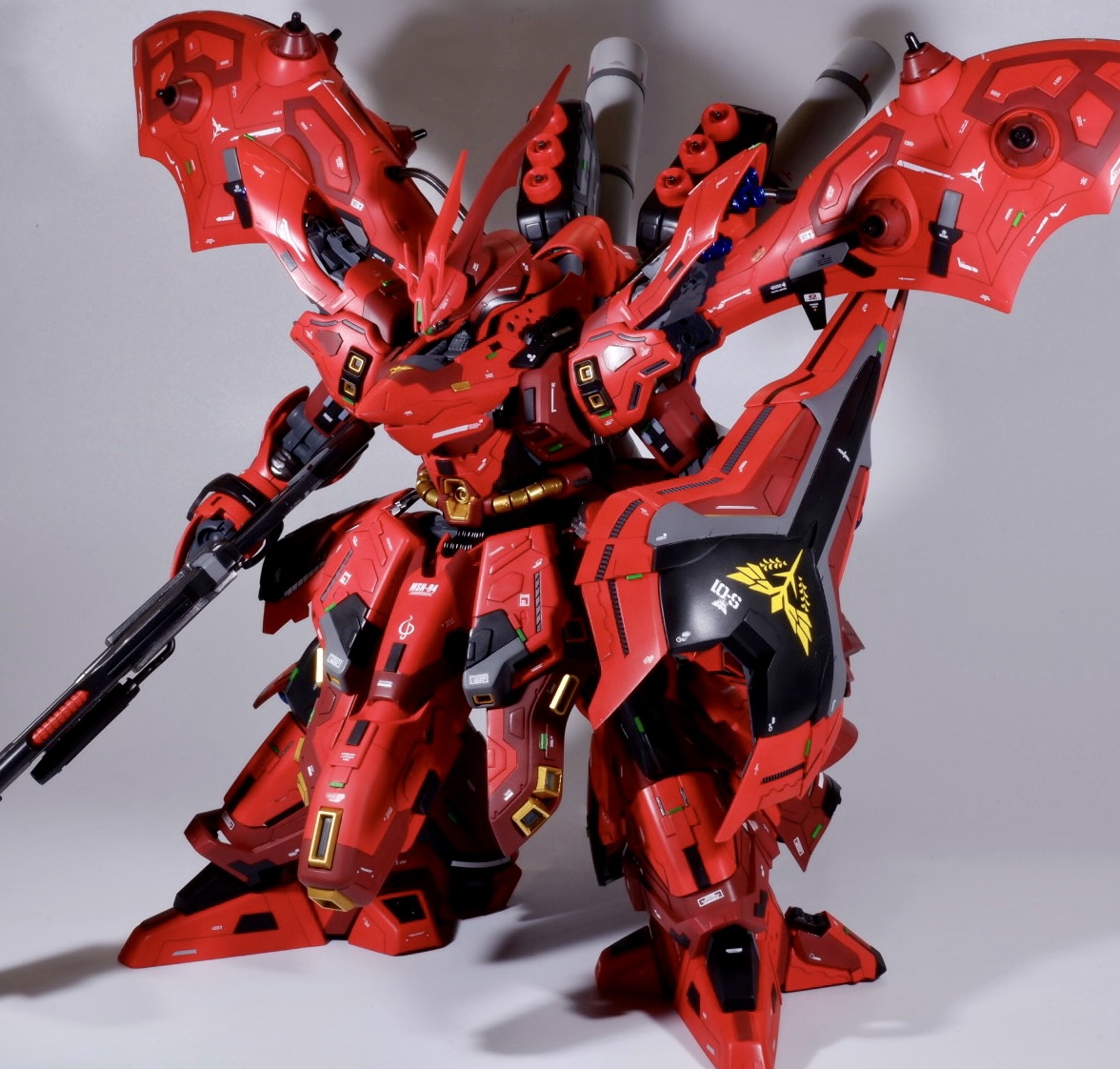 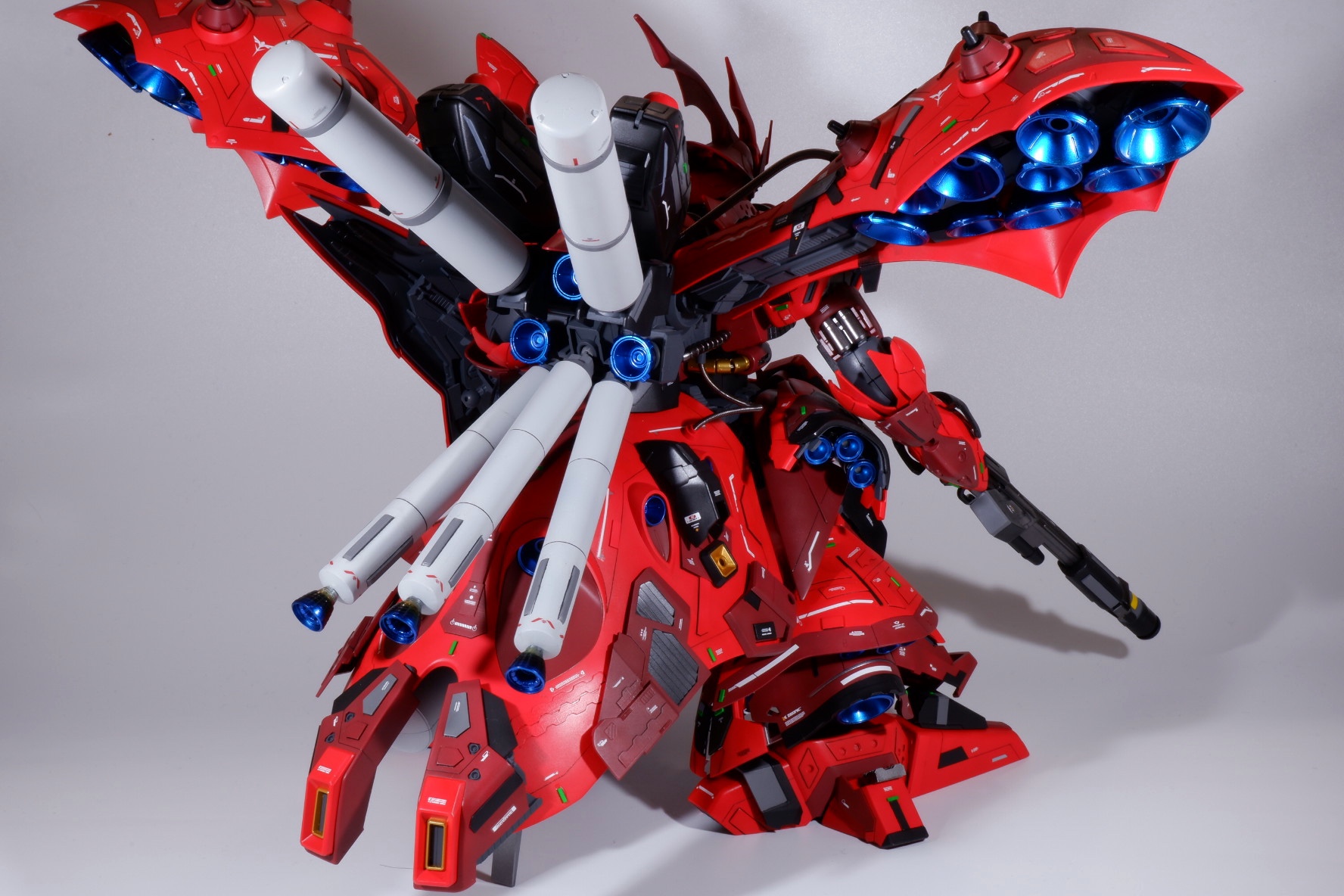 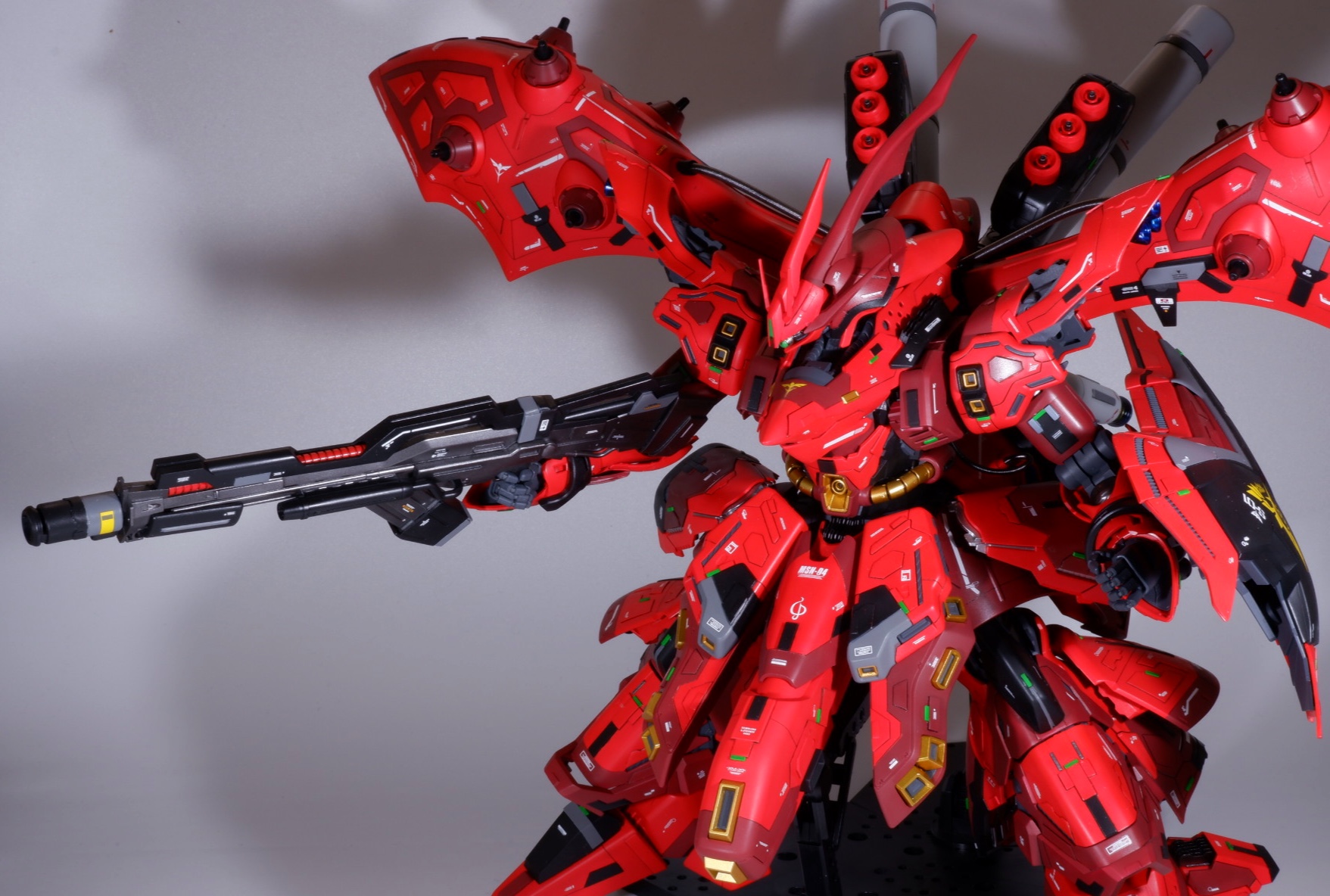 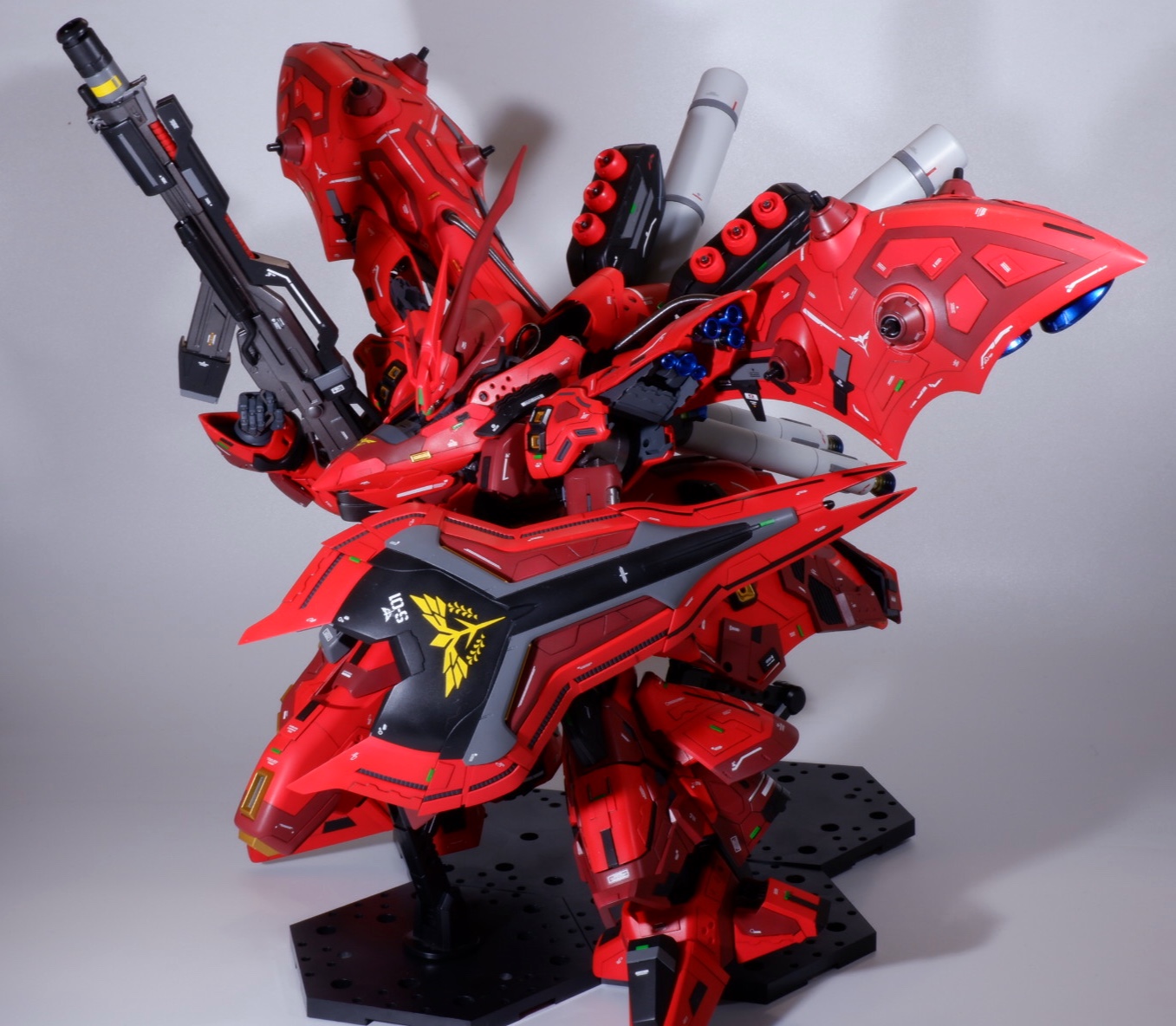 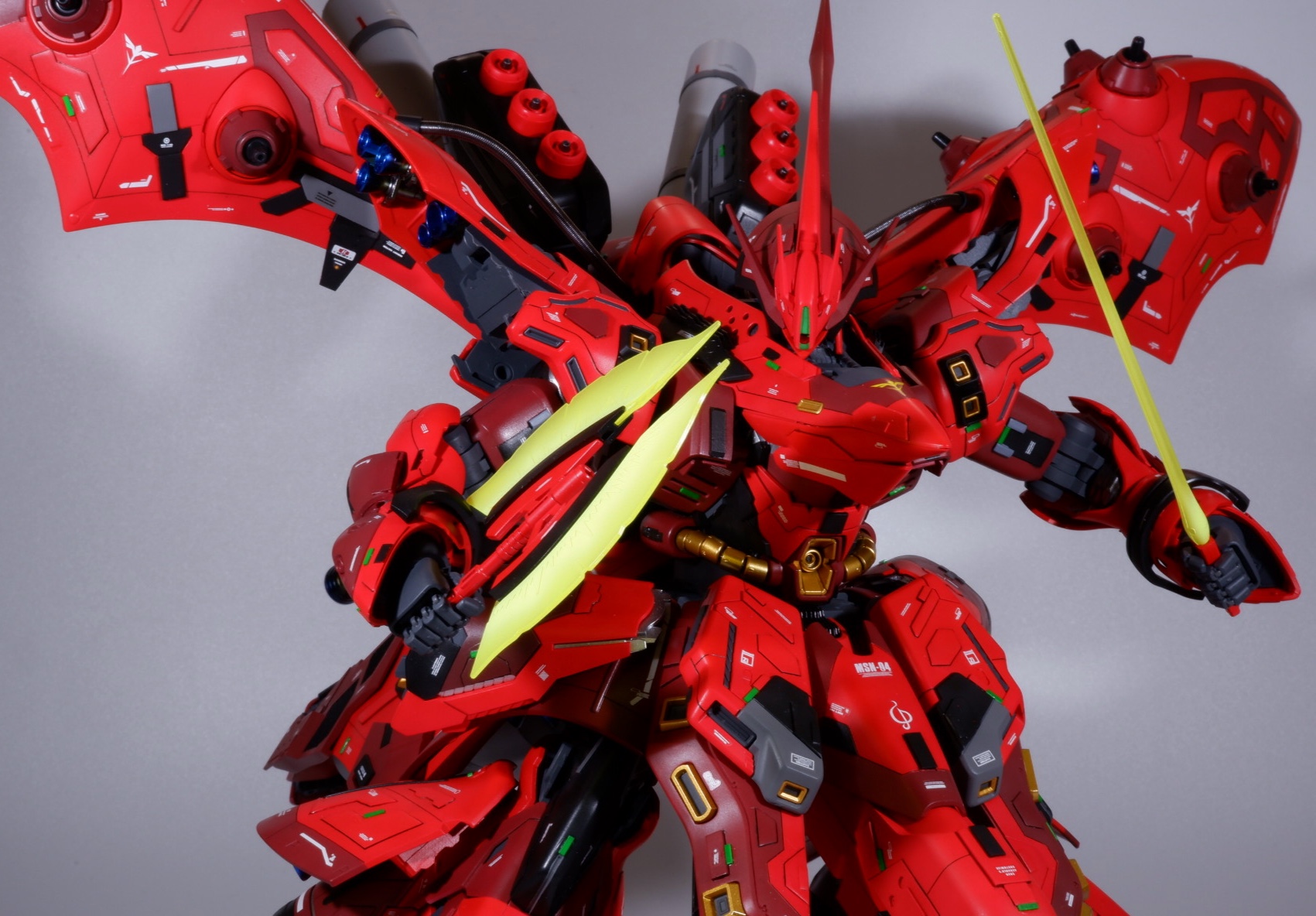 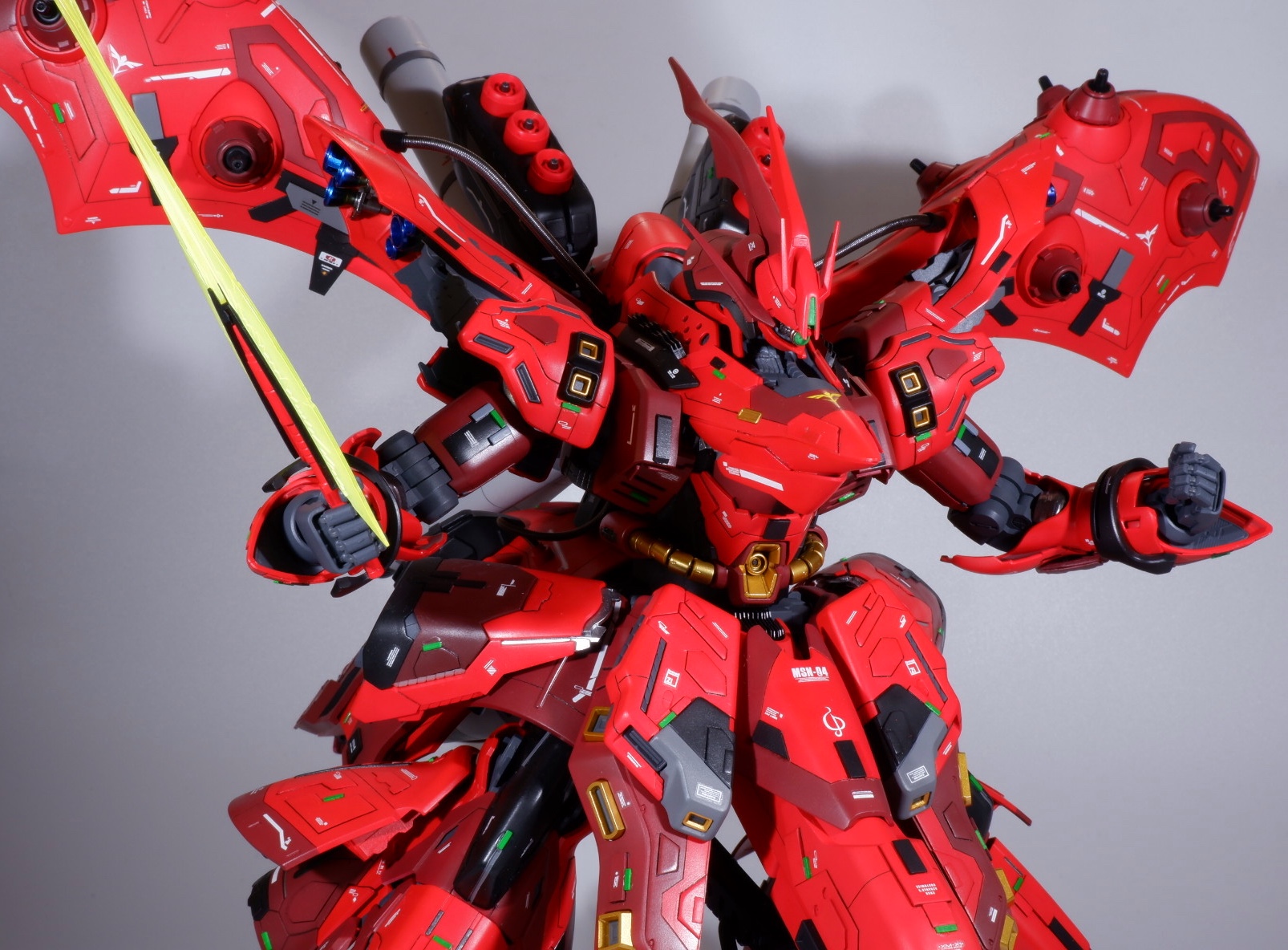 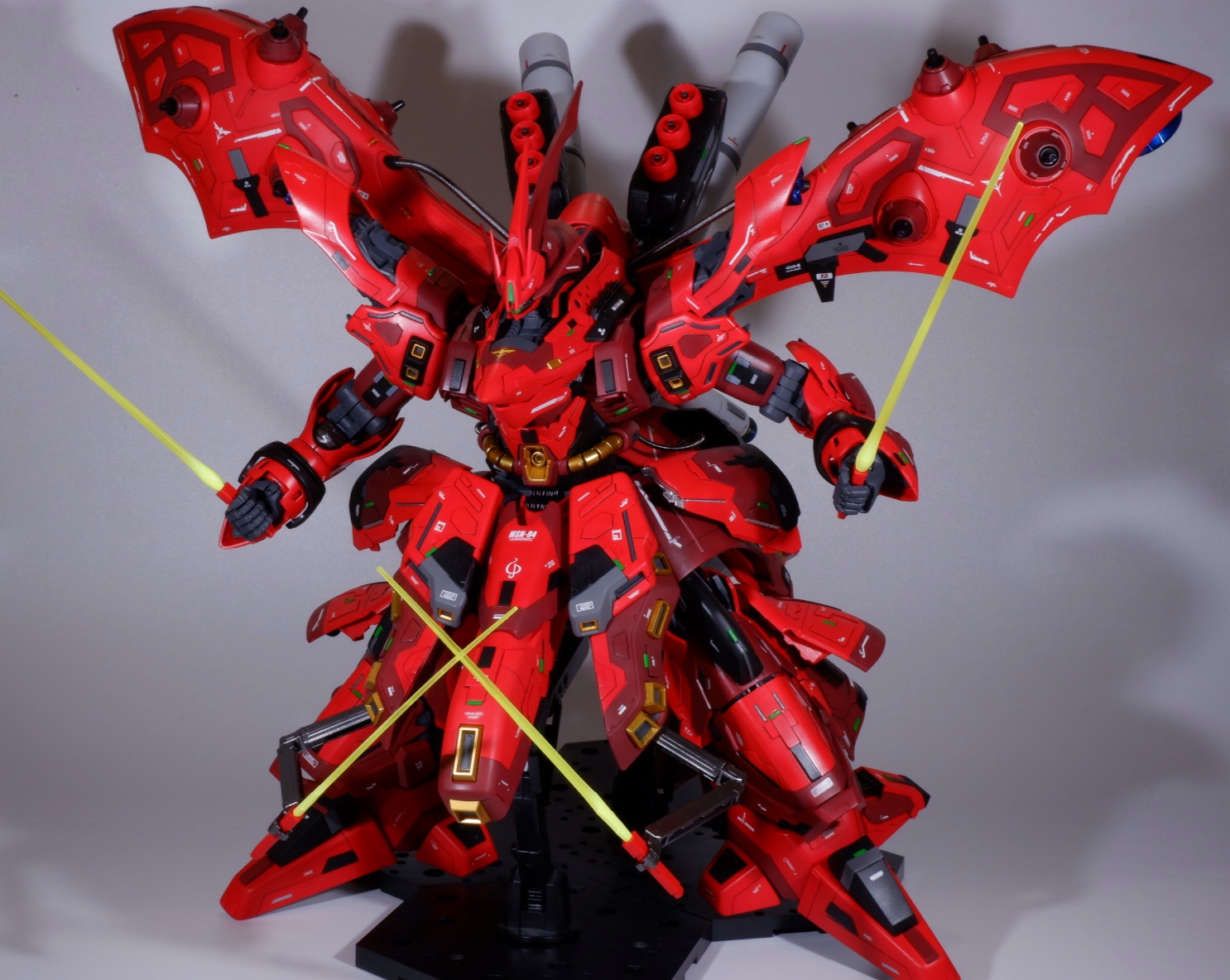 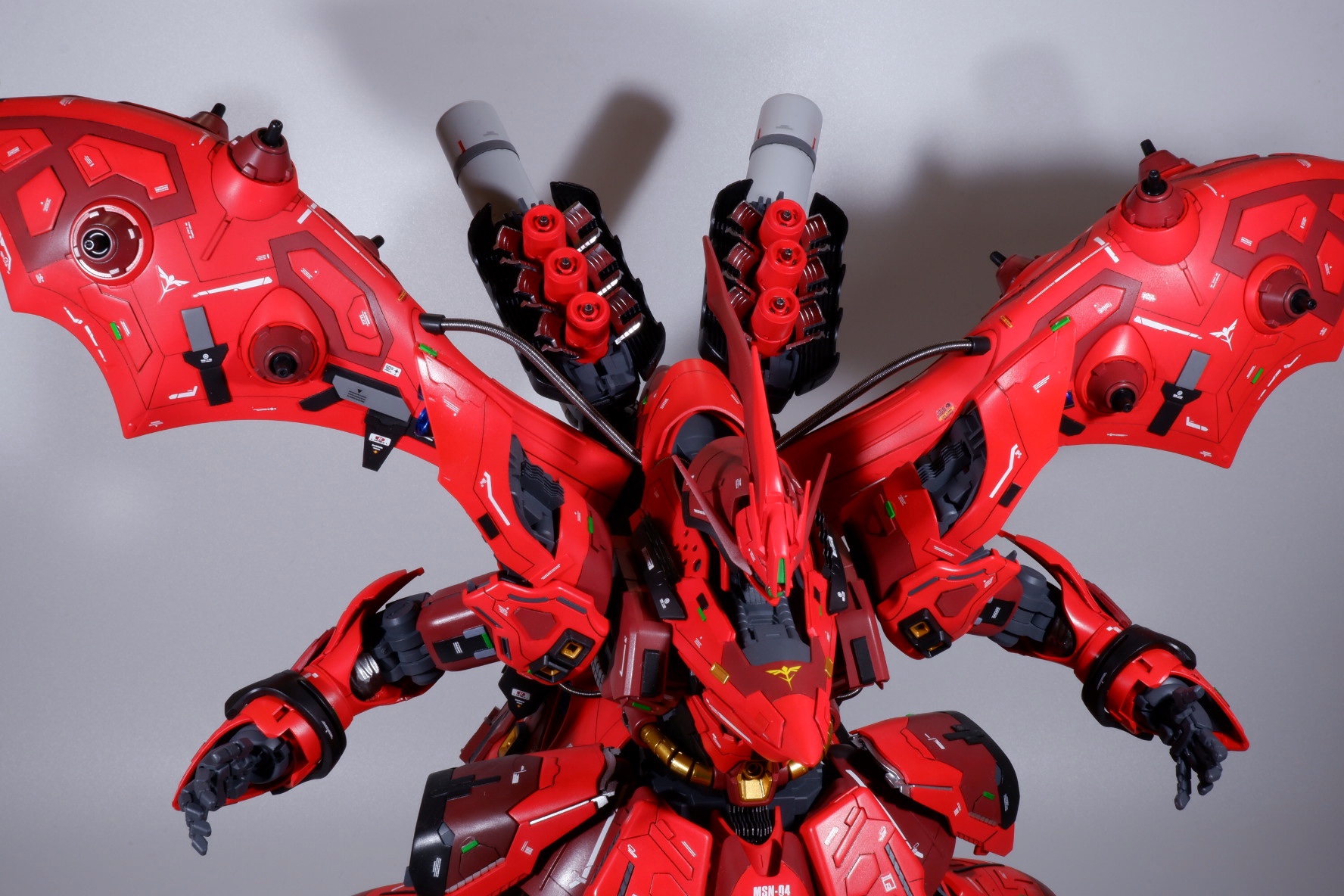 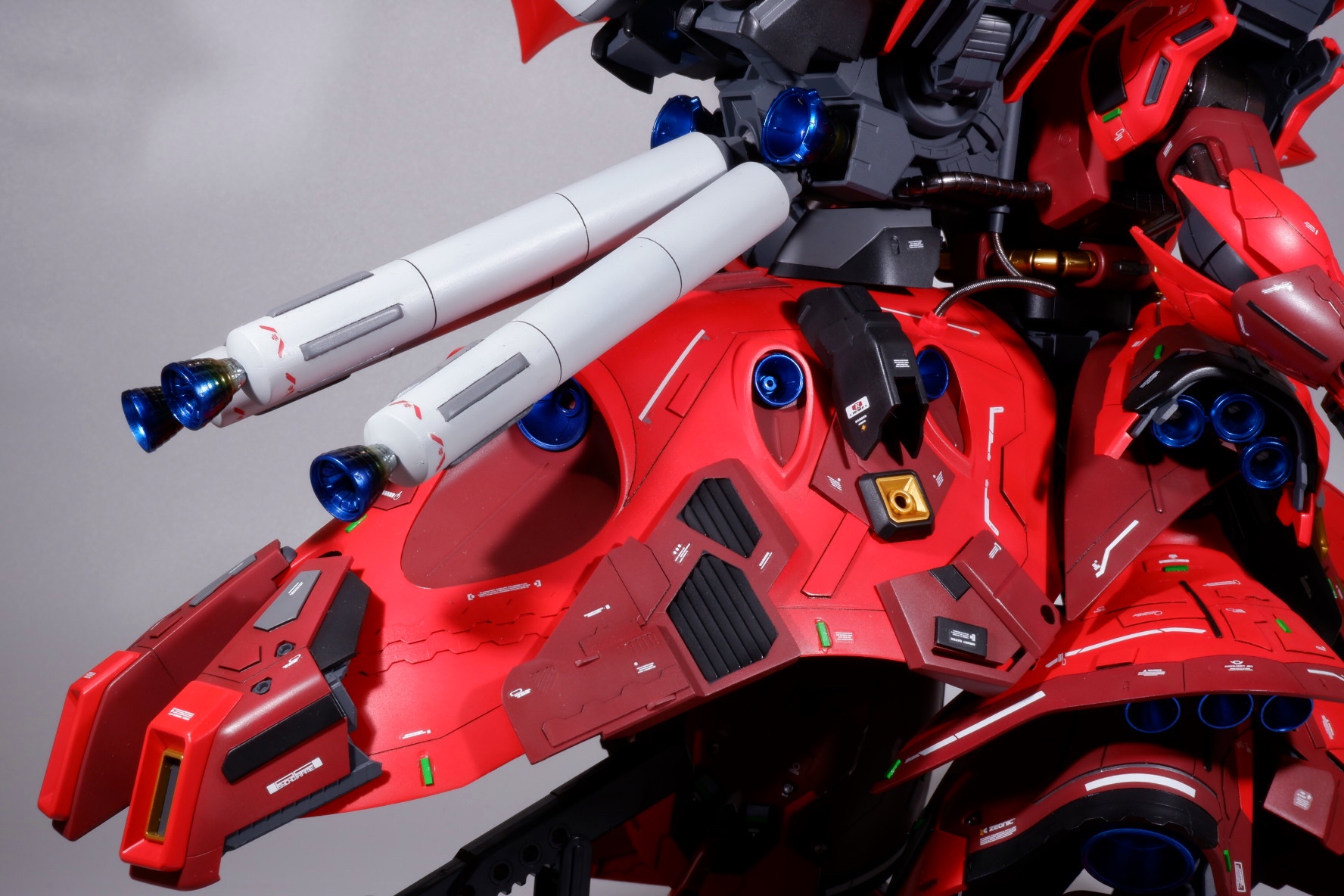 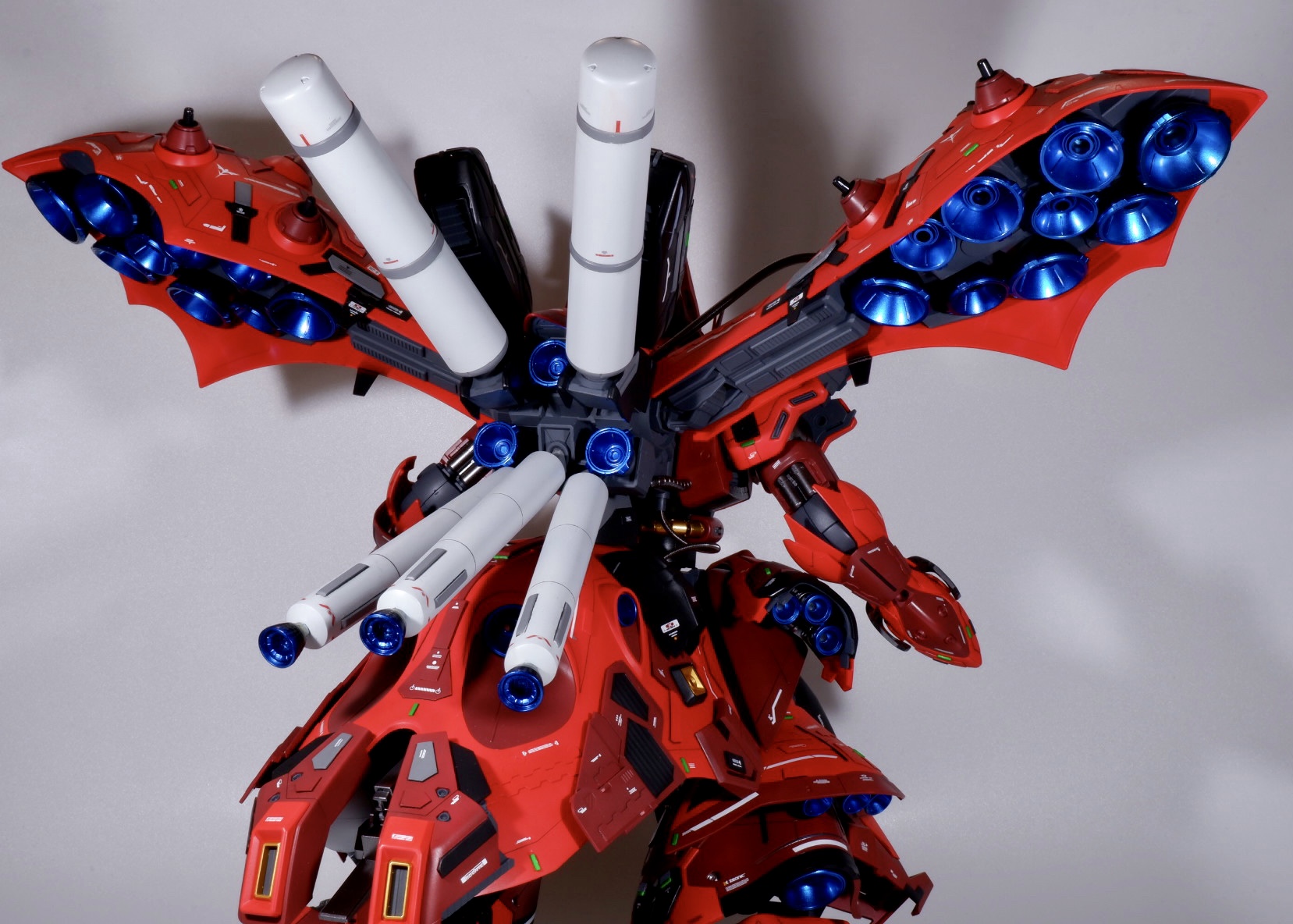 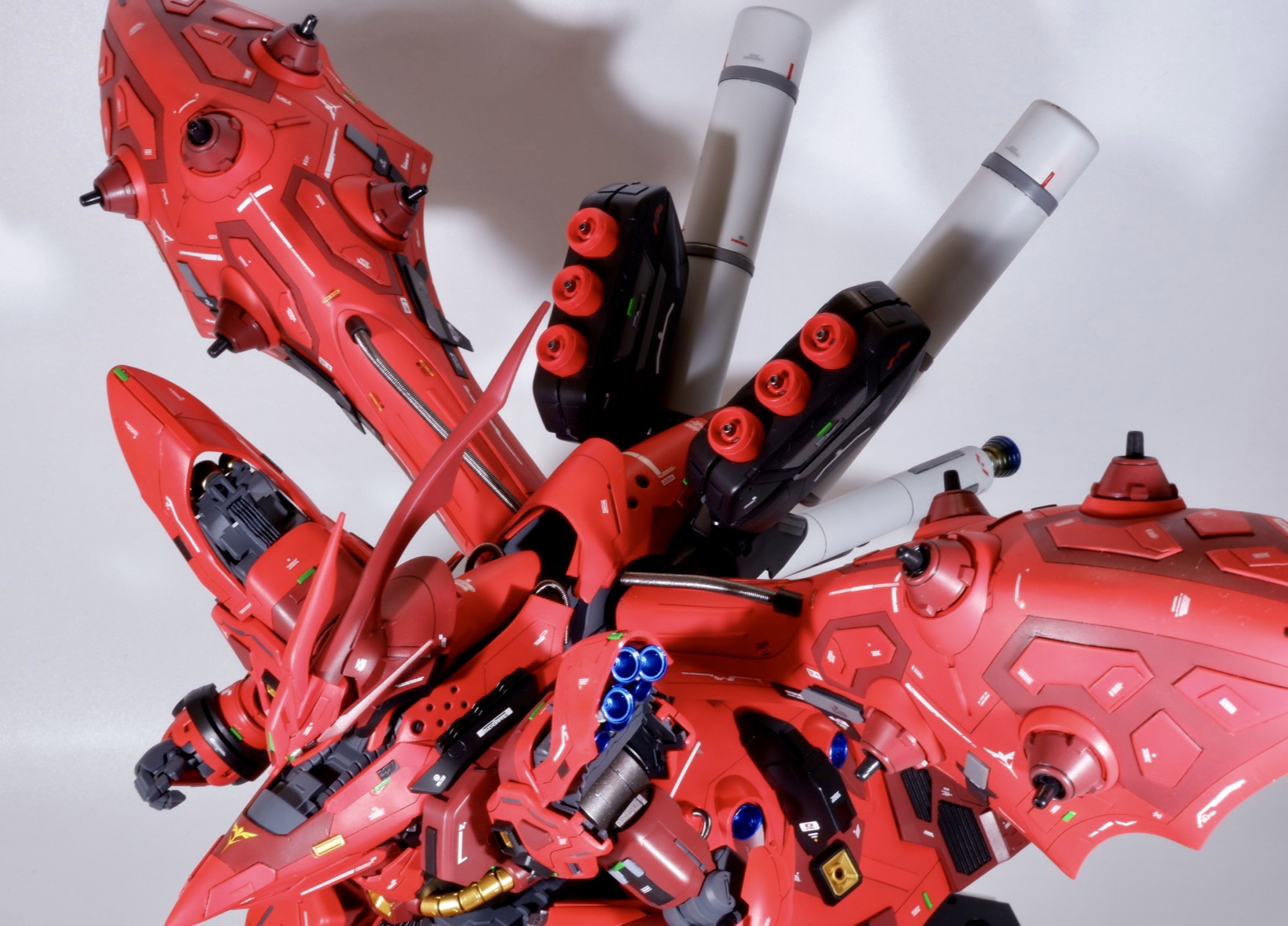 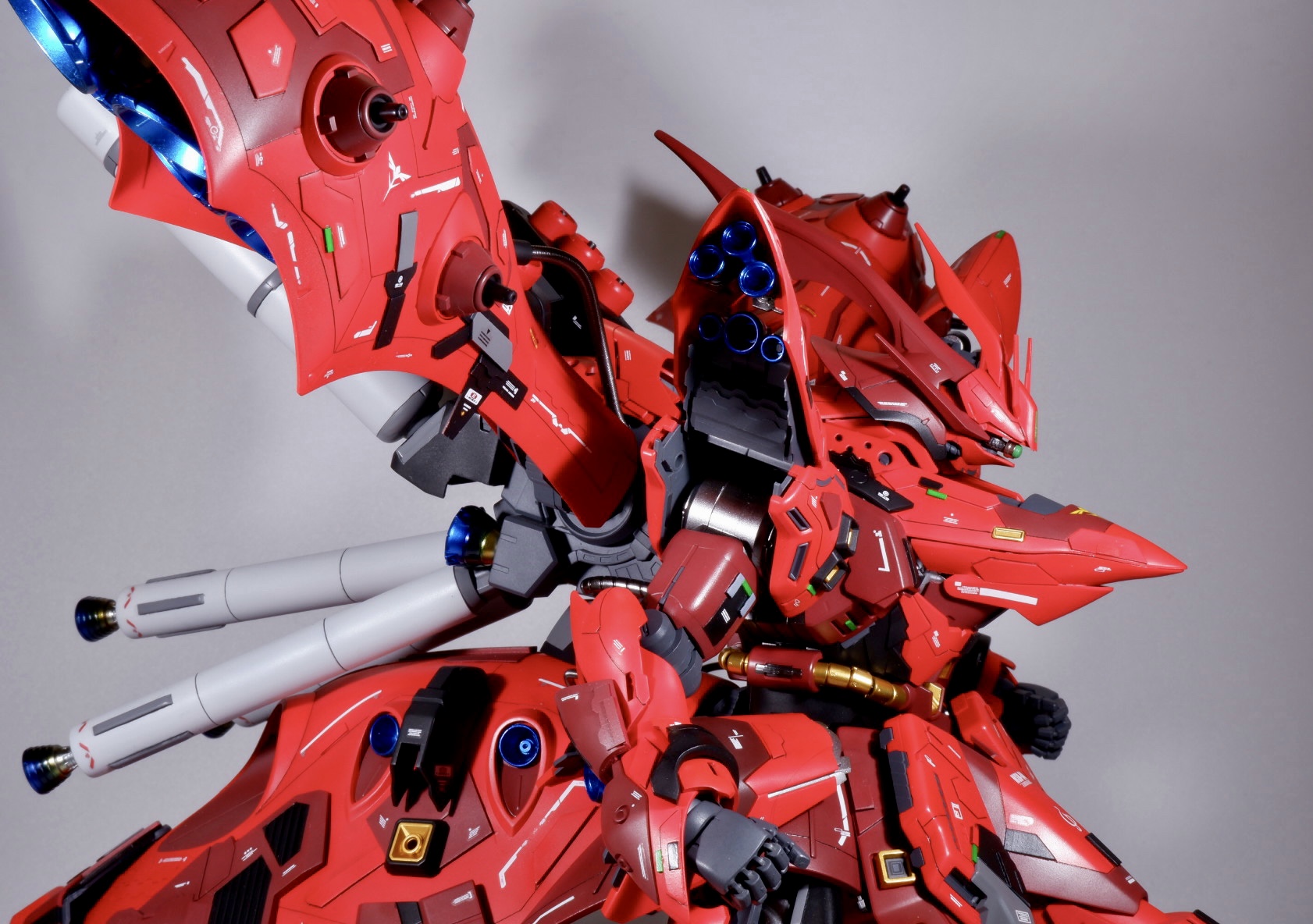 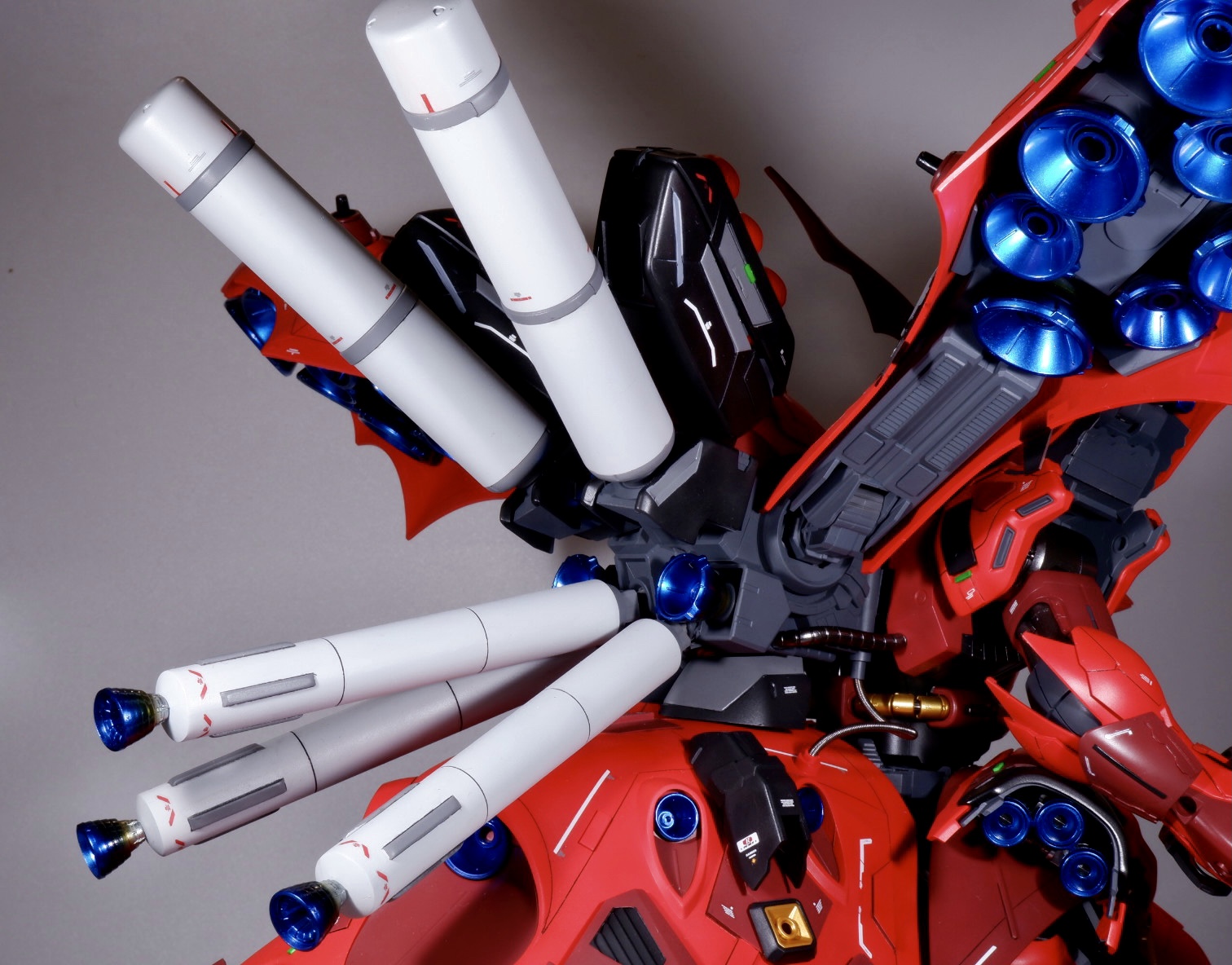 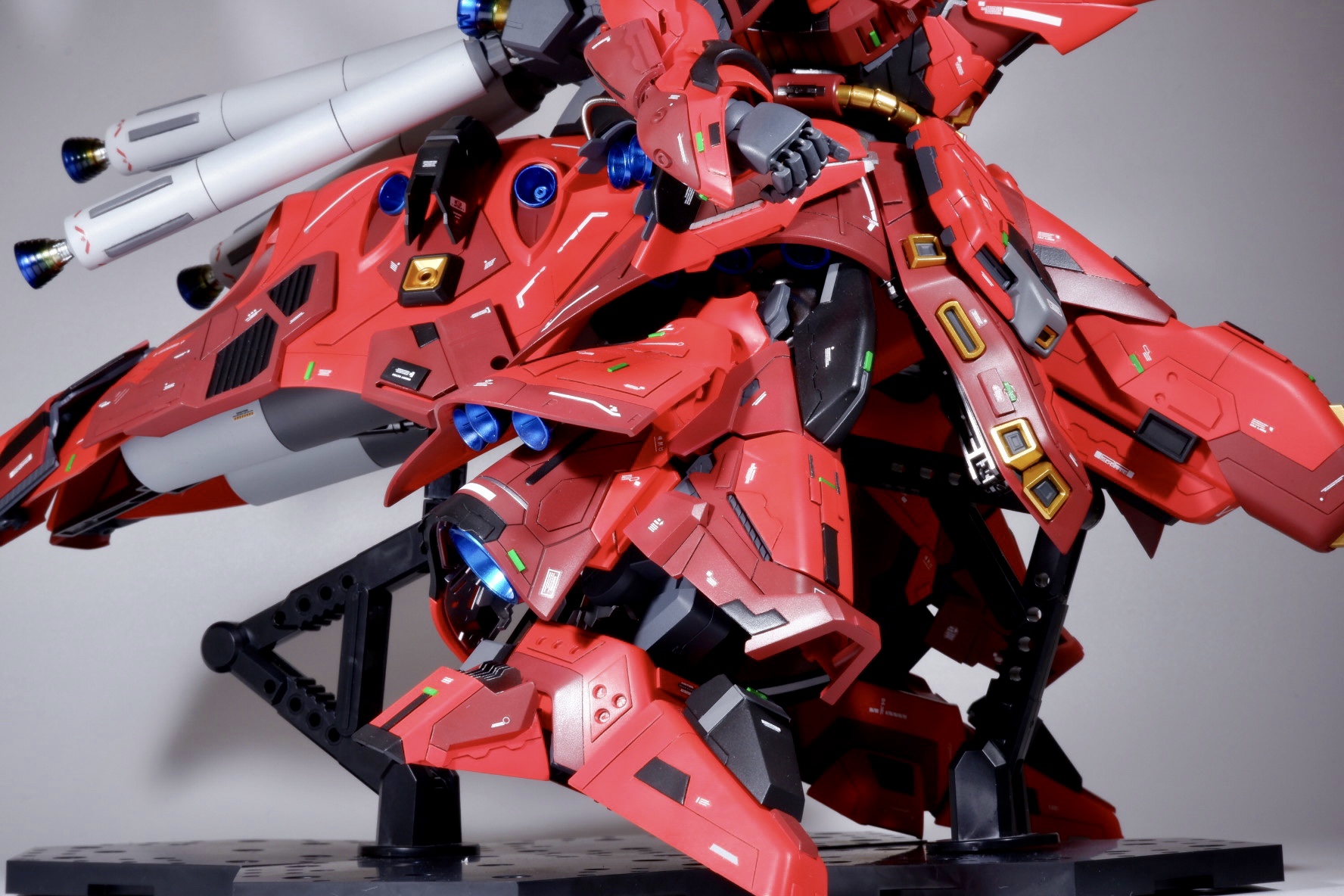 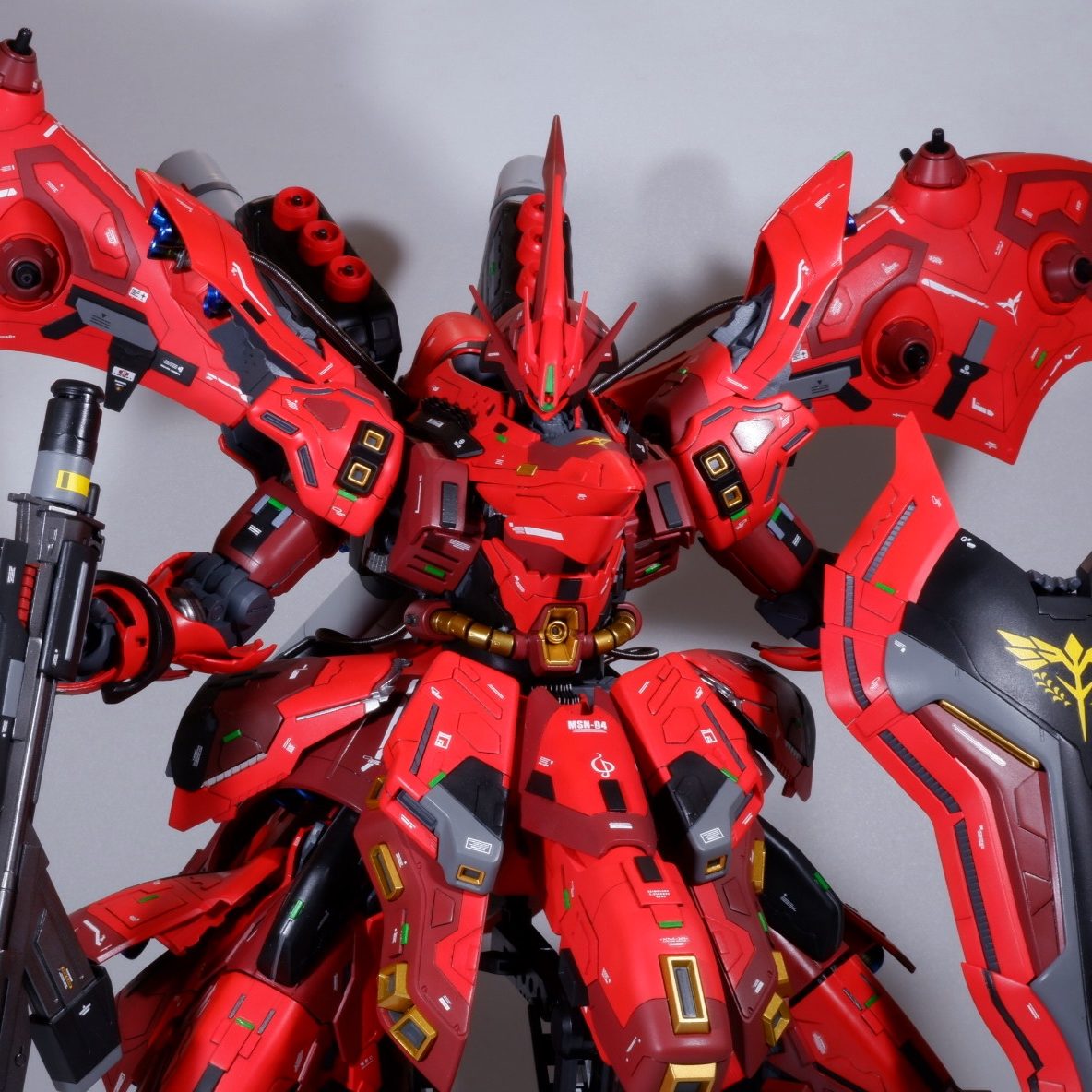