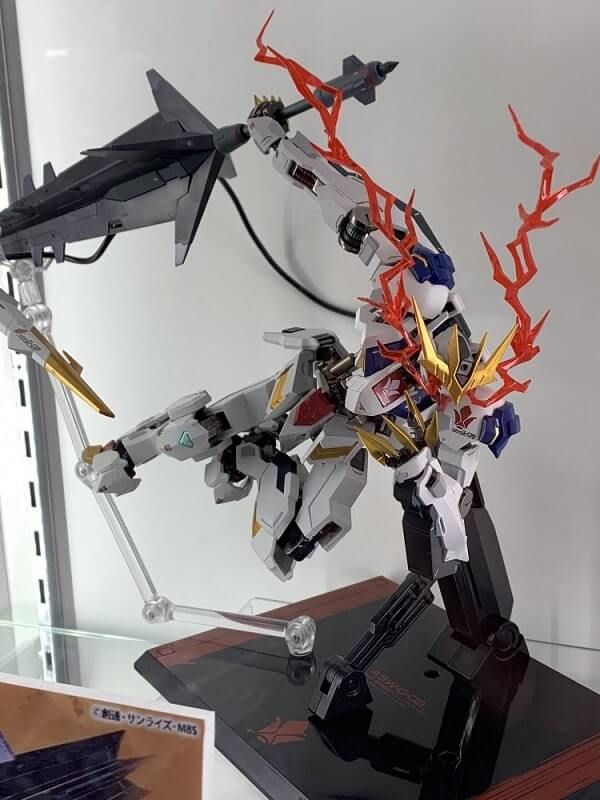 Developed for Gundam Barbatos Lupus Rex by Teiwaz’s MS workshop, besides fitting Mikazuki’s combat style, this heavy weapon also takes into view combat against battleships.
The telescopic handle helps to close the gap with enemy unit.
When not in use, it can be mounted on the rear waist horizontally.

The tip of the mace and the bottom of its handle are equipped with a pile bunker each.

Tail Blade
The Hashmal’s tail parts were transplanted onto Gundam Barbatos Lupus Rex’s back, and combined with a blade made of rare metal for better close combat performance.
The resulting tail blade can retract or extend to strike opponents as directed by Mikazuki through the Alaya-Vijnana System, and is useful for one against many or other unfavorable combat situations.

Due to the rex nails mounted on the fingers, the arms of the Barbatos Lupus Rex can function as powerful weapons that can pierce opponent machines.
Like the Tail Blade, the rex nails and the suit’s toes are made of rare metal.

Each forearm contains a built-in 200mm gun.
This weapon is a further development of the Barbatos Lupus’ firearms.

Gundam Barbatos Lupus Rex is equipped with pile bunkers on both heels.

A close combat weapon used by Graze that the Barbatos Lupus Rex obtained temporarily during its last battle.

A lance-shaped mace designed for anti-ship combat, it has a telescopic handle.

Sub-Arms
A sub-arm is stored within each forearm.
When deployed, the black part on the back of the forearm will flip open, and the sub-arm will unfold into its full length. 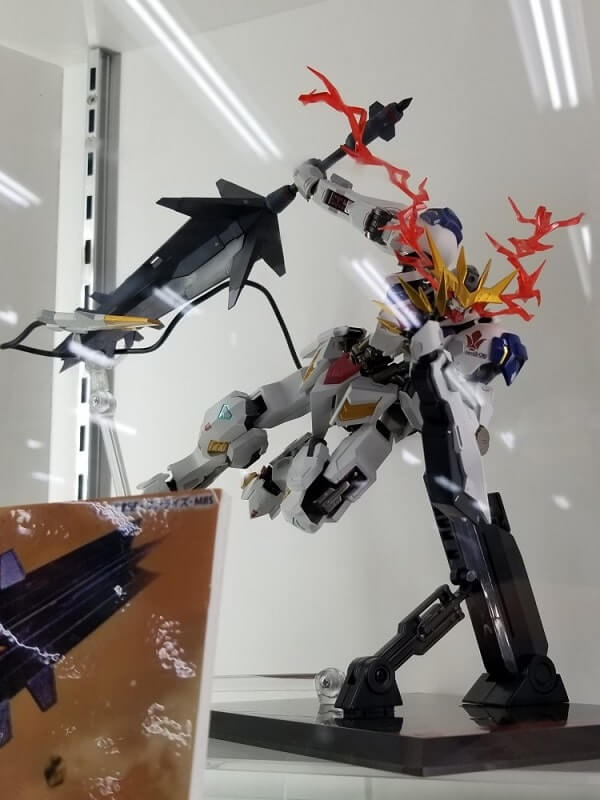 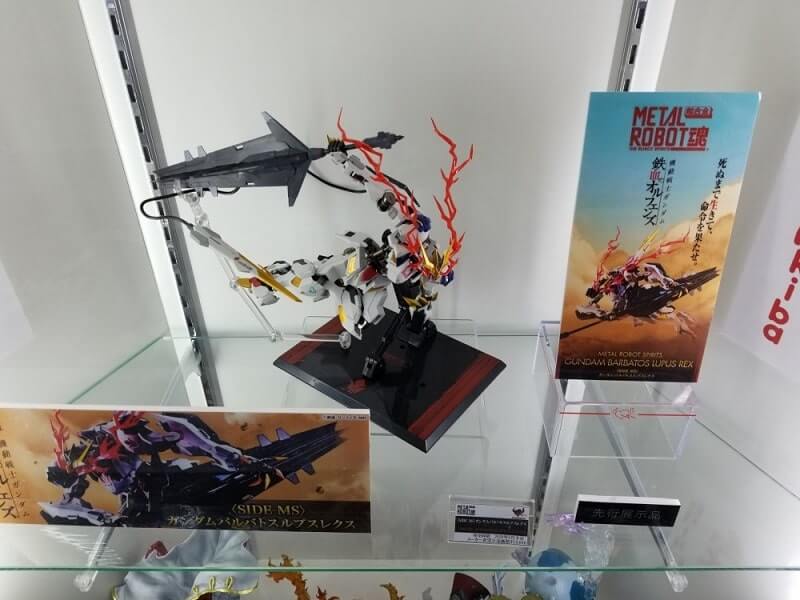 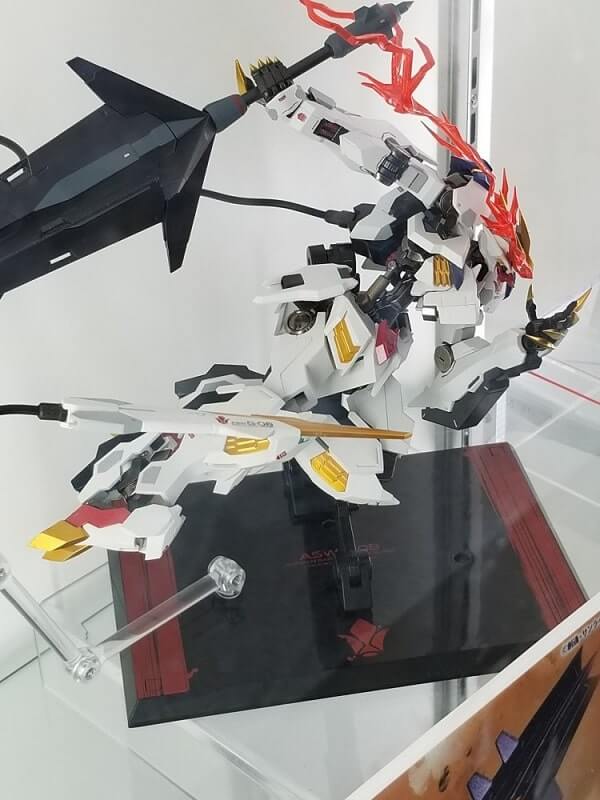 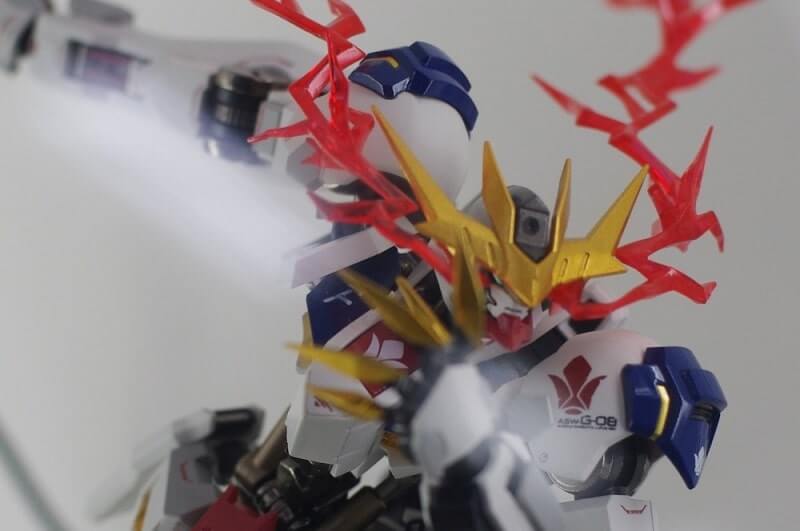 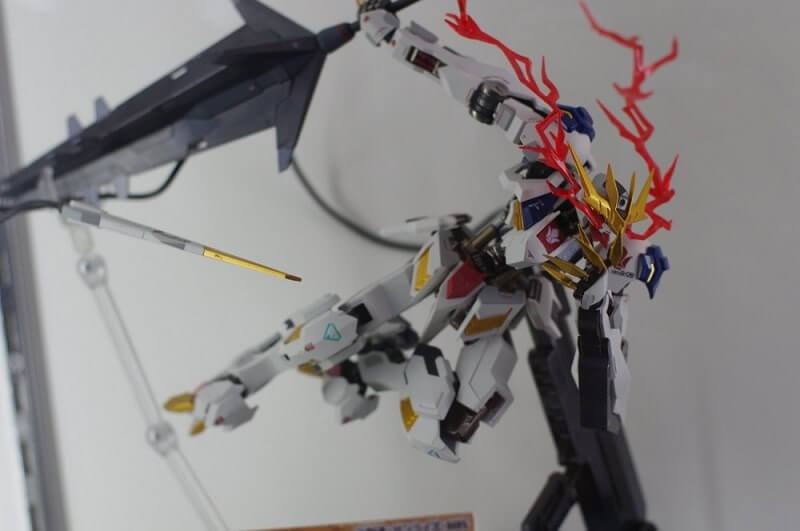 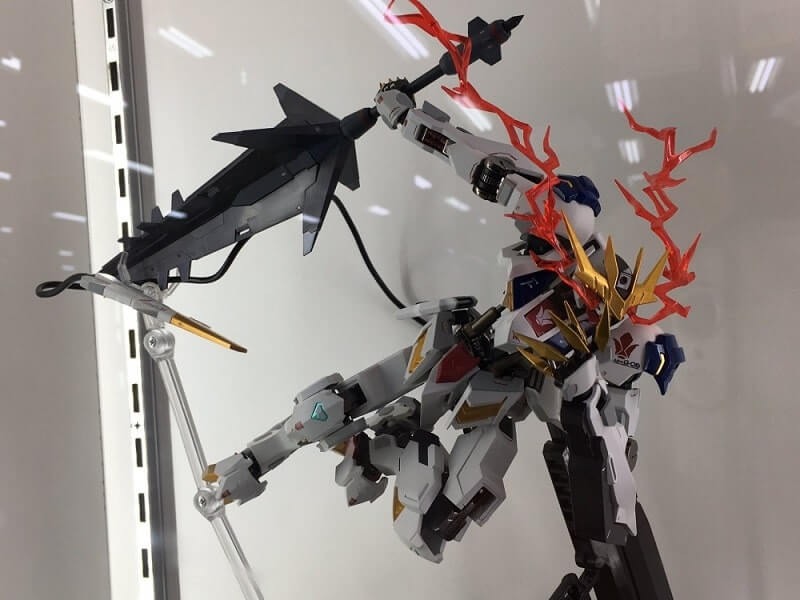 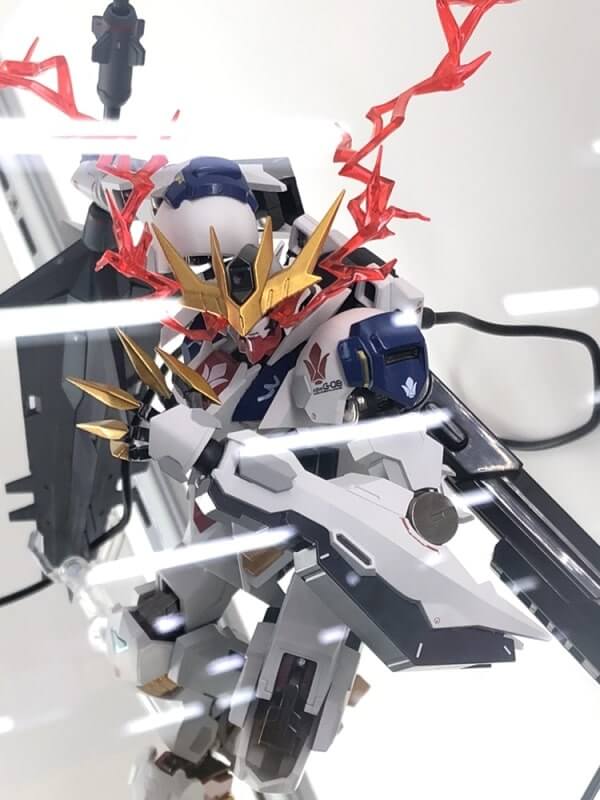 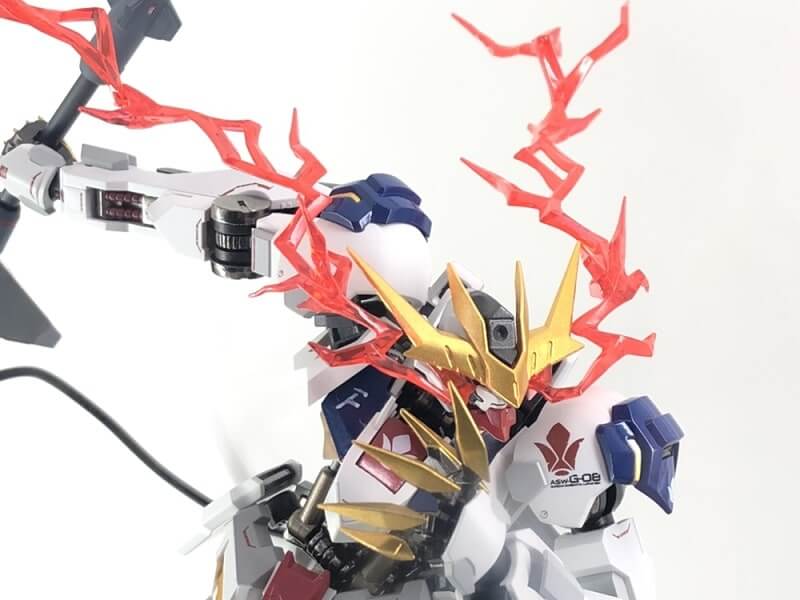 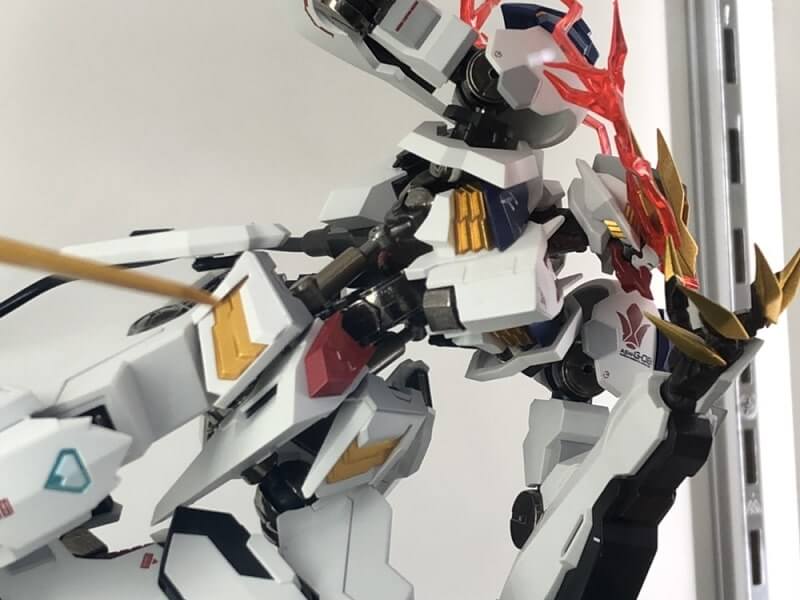 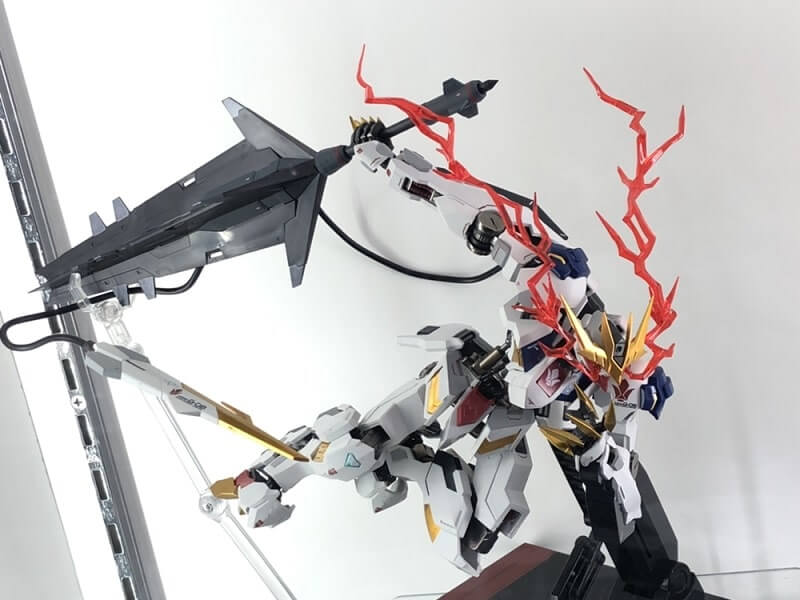