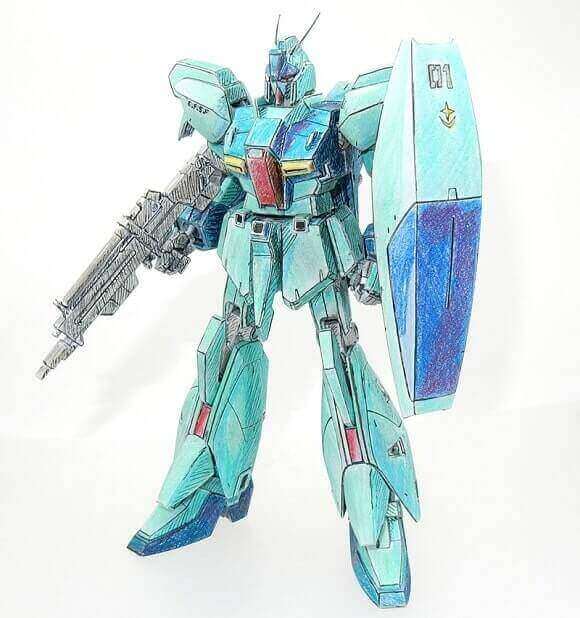 One of Japan’s most talented anime modelers continues to create works of art that look more 2-D than most actual drawings.

The RGZ-91 Re-GZ (Refined Gundam Zeta) is a prototype transformable mobile suit based on the MSZ-006R Zeta Plus R. It was featured in the anime movie Mobile Suit Gundam: Char’s Counterattack and had a cameo in the OVA series Mobile Suit Gundam Unicorn. 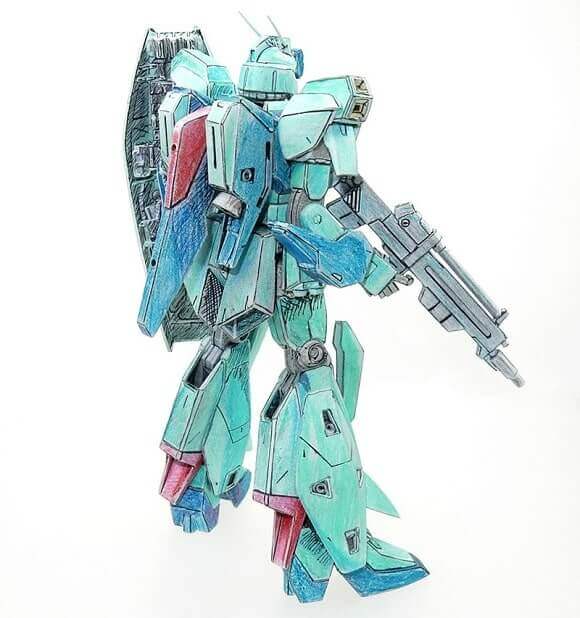 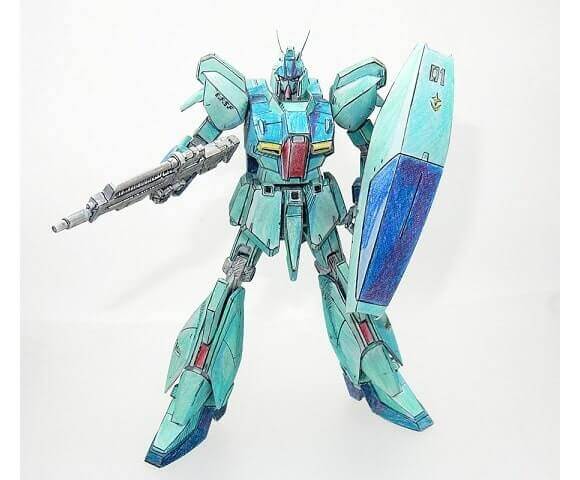 To really help complete the illusion, kyo512a (nickname of the modeler on twitter) mounted the finished model against a picture frame with some pencil shading applied to a plain white piece of paper, which also helps hide a thruster that’s broken off the robot’s backside since its initial assembly. 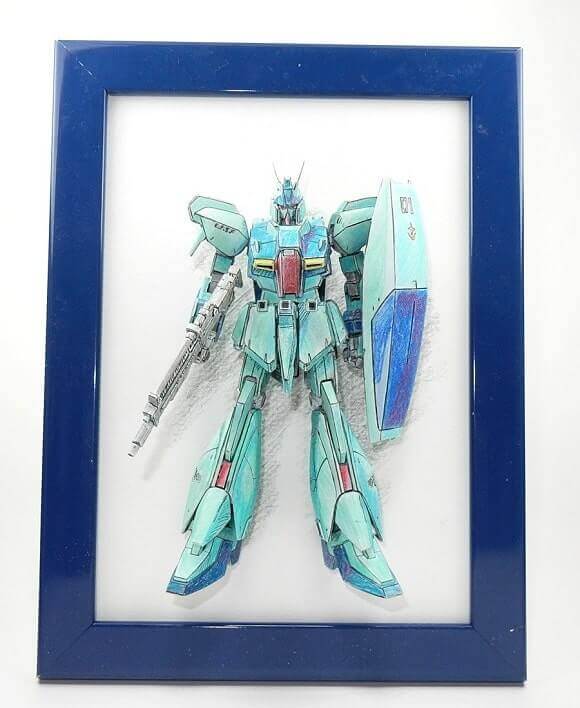 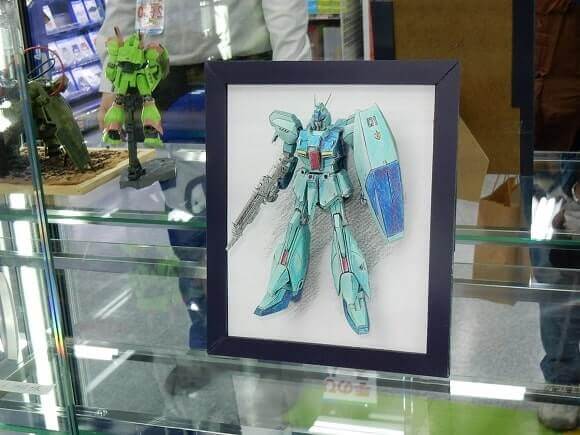