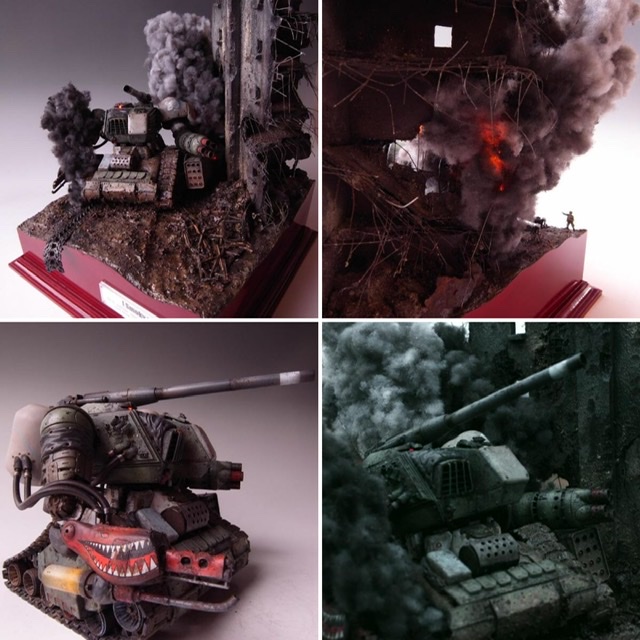 The kit used is Bandai’s MG 1/100 Guntank
I feel that it is attractive because….

I feel that it is attractive because the drama changes with each viewer’s way of looking at the diorama, so it may be better to explain it or not, but I will write the settings I drew during production

The design of the upper half of the body was dragged because I had an image of something like an assault type gun tank in my head.

I made a box with plastic boards and assembled it while combining it with other parts.

The lower half of the body used putty to give the impression that it was poorly repaired.

I made the head-like thing with other parts and changed the mono eye to LED.

I formed it with a plastic board and mixed other parts.

I attached an antenna to the rear.

I attached a smoke discharger to the right.

I installed a fuel tank.

Plastic material has been added to the part that seems to be in place.

I made a shoulder armor with putty for the left shoulder.

The elbow joint was putty to make it look like sealing.

The balkan part of the left arm is extended and a hole is made in the barrel etc.

Assuming that the right arm is a missing part, the upper arm is replaced with another part and repaired, it is a flamethrower setting.

It was repaired by combining other parts and putty on the front and upper part.

I attached a rocket launcher on the left.

I attached a fixed anchor for bombardment at the rear 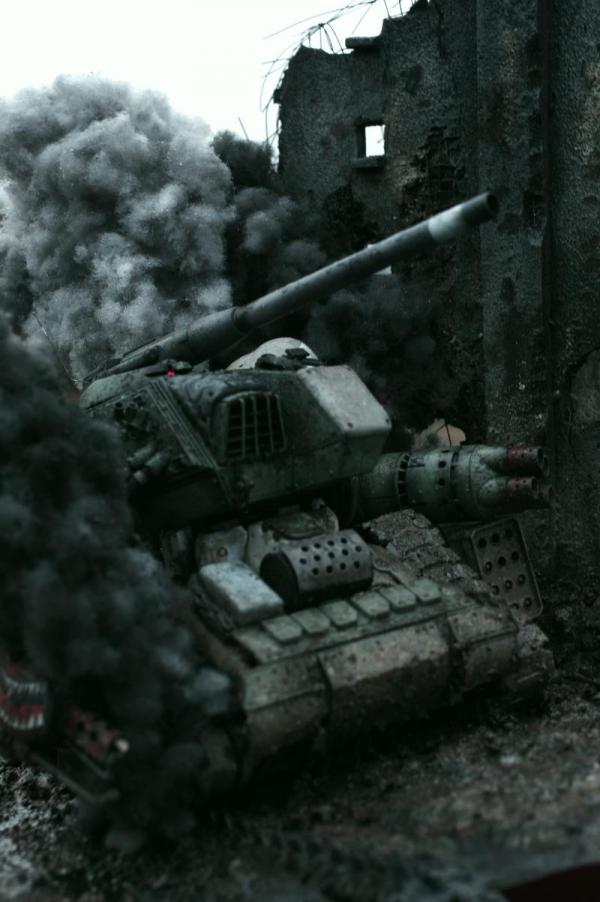 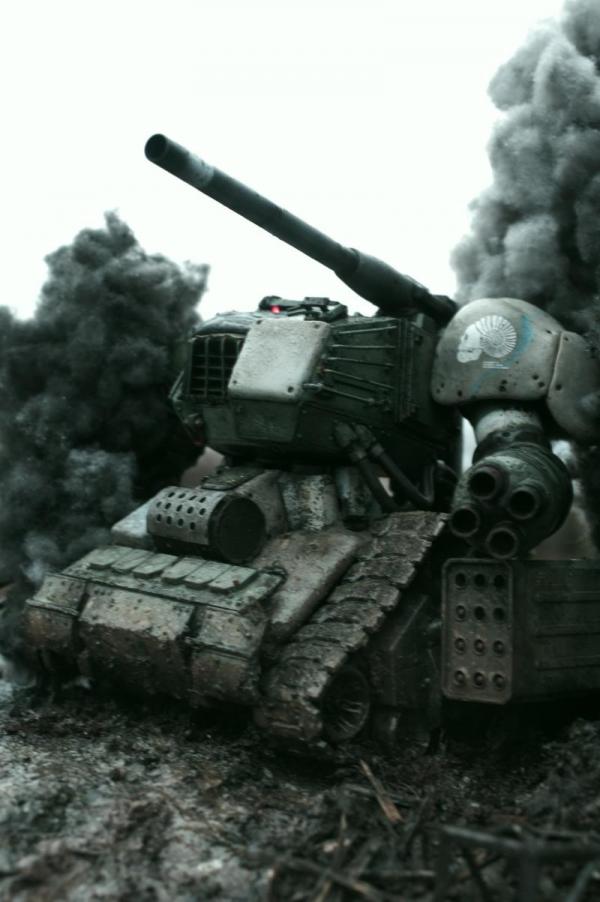 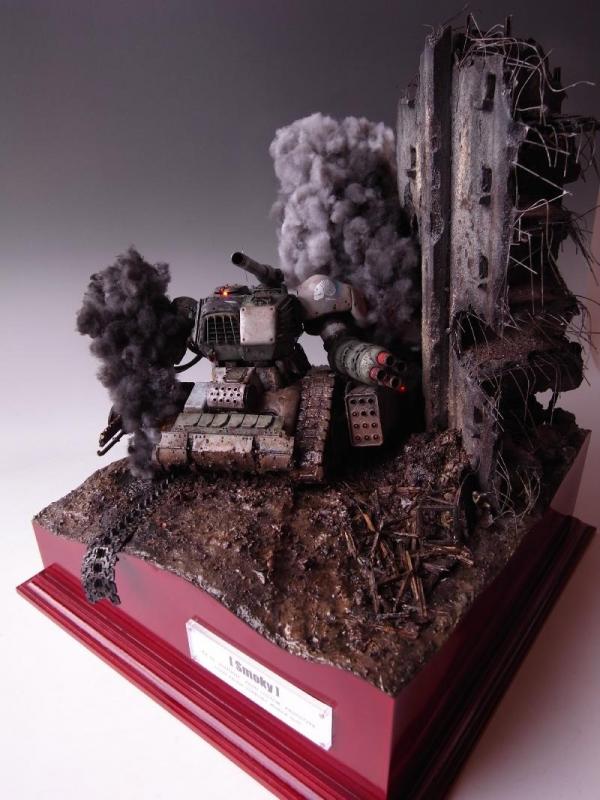 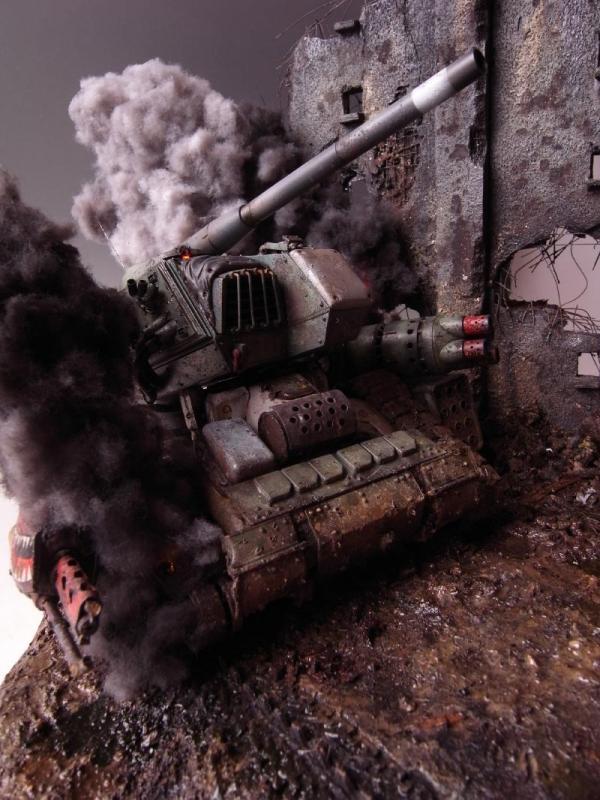 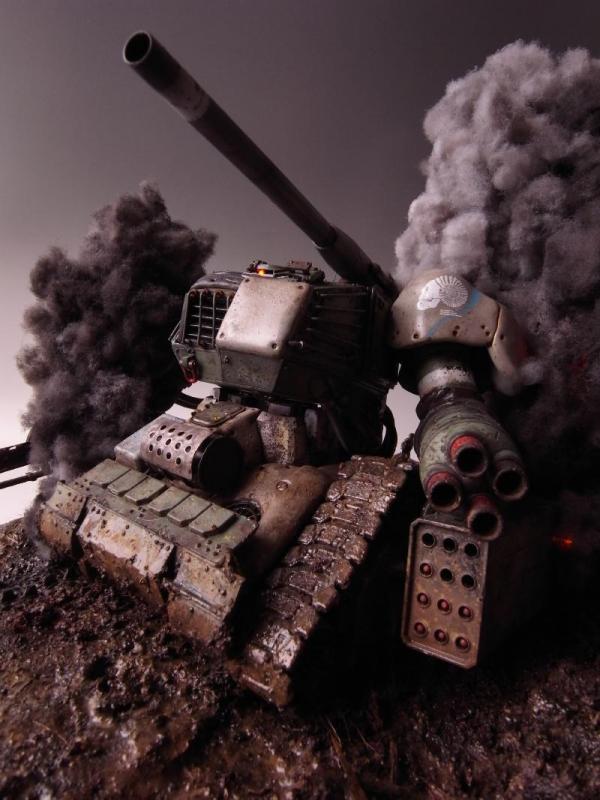 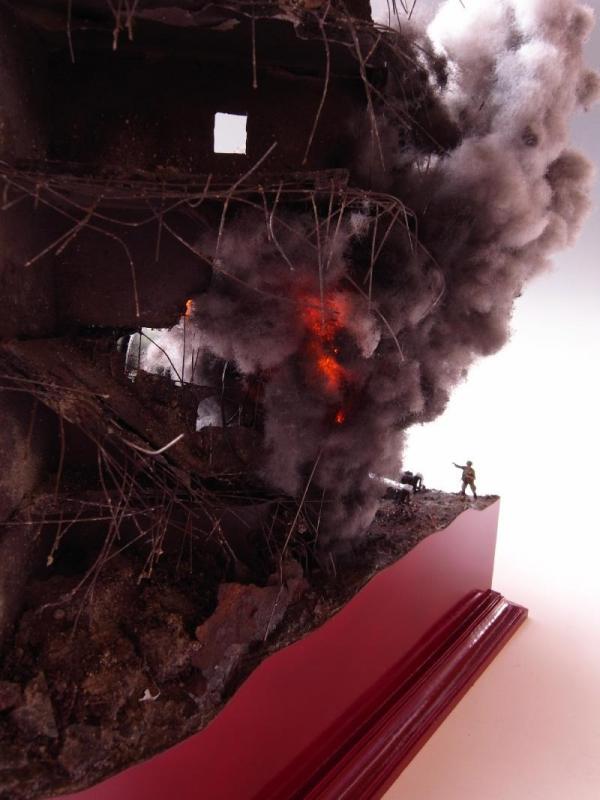 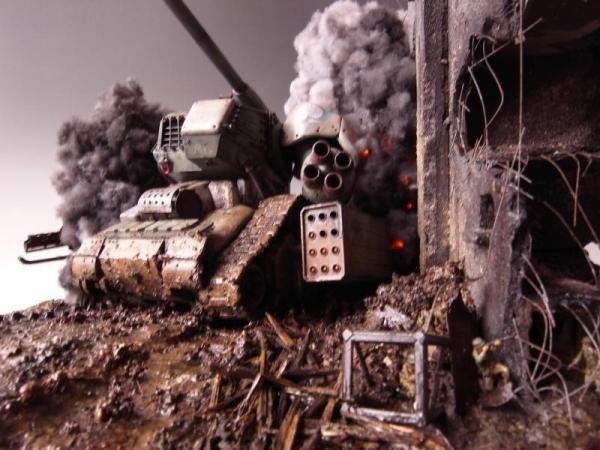 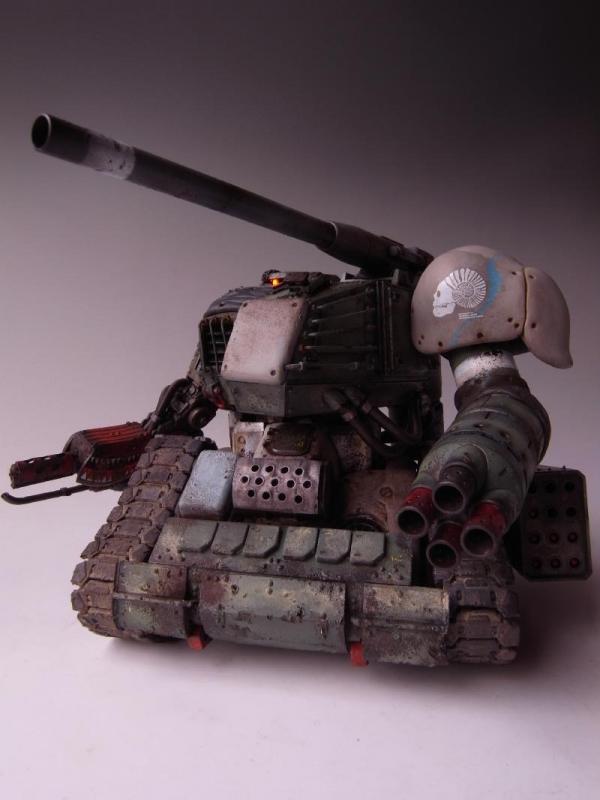 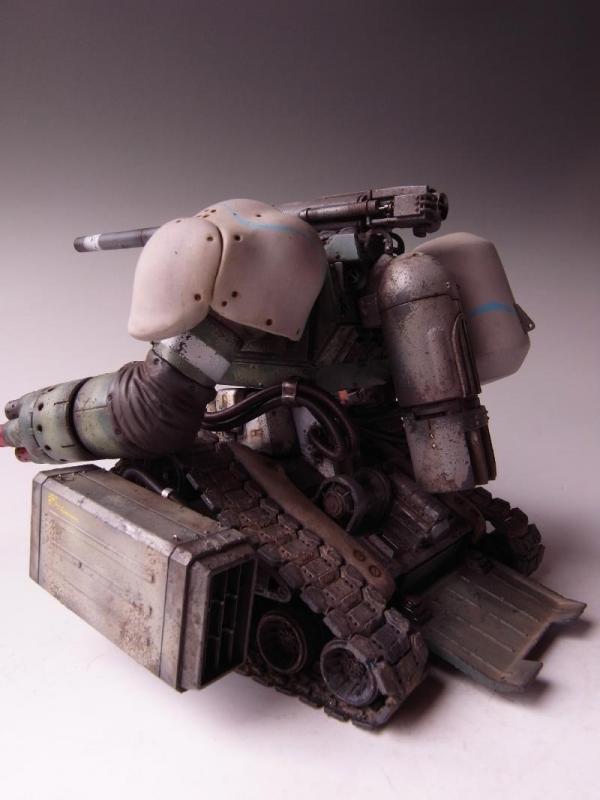 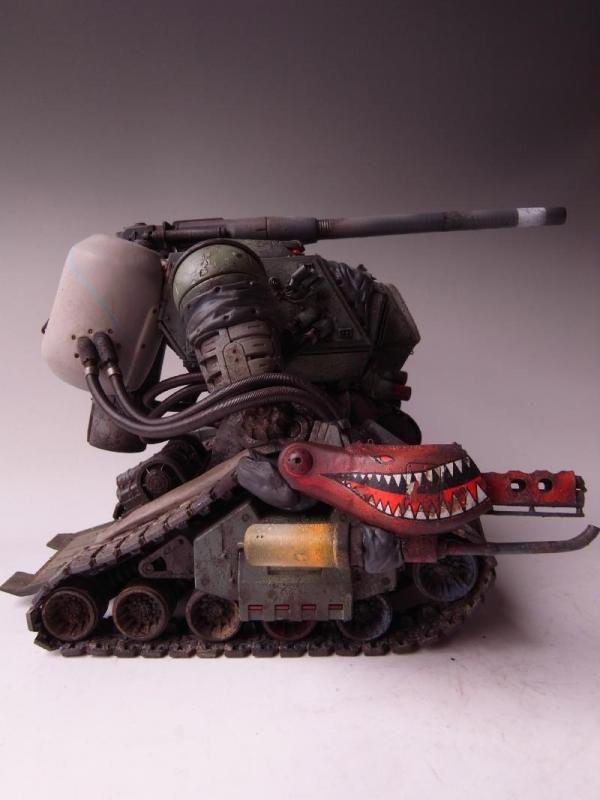 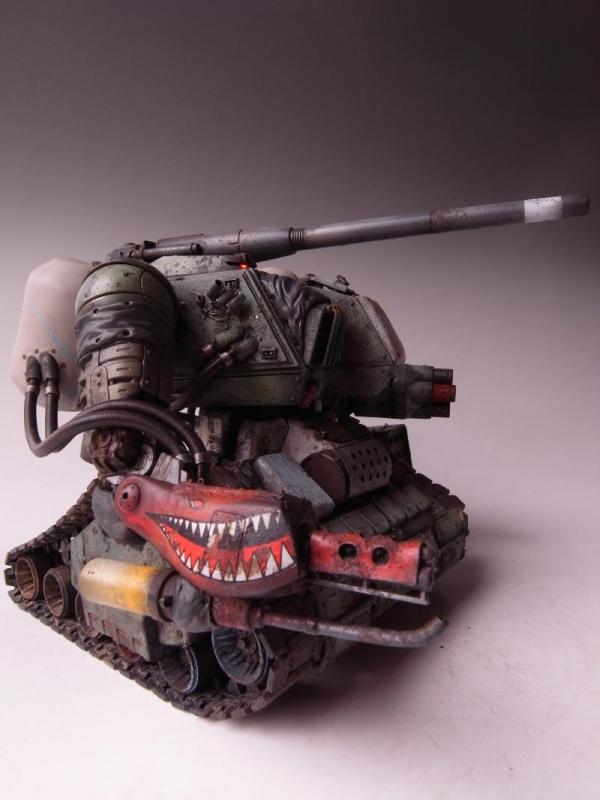 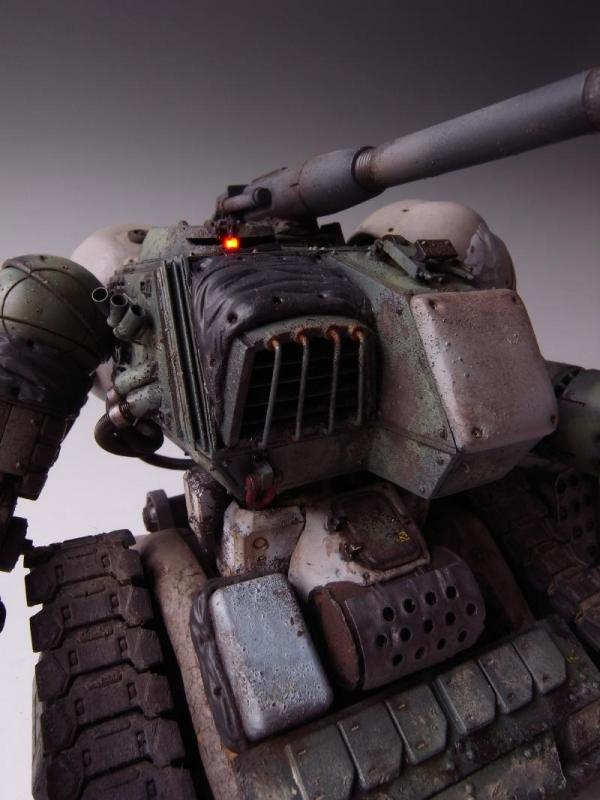