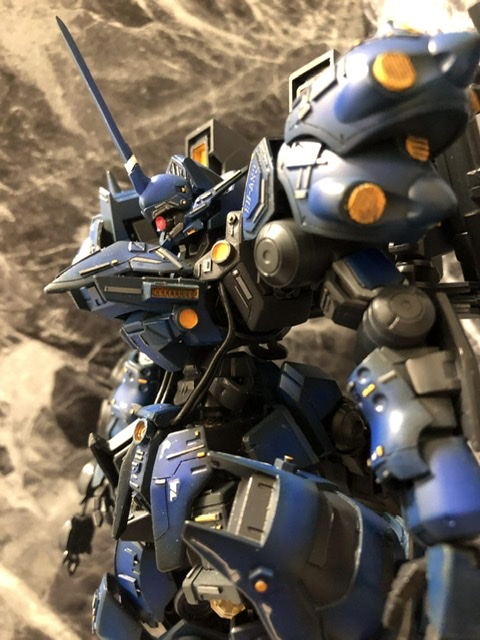 This is the second model of Kampfer concept in the Iron-Blooded World Battle:

This time is Kampfer based on Graze Ein

The image was made with the feeling of Graze Ein wearing Kampfer armor.

So it was slim and had a heavy finish

The main weapon is a large ax

We will take advantage of its mobility and assault!

Only one shot is set for each.

At the beginning, we planned to make it more rigorous

Thinking about it once and making it lighter, a big ax was made at this time.  It was a simple modification with only the Graze Ein ax and the pattern of Justice Lance….

Painting was completed with the first MAX coating

After that, I added the amount of details and painted it with a brush to complete it 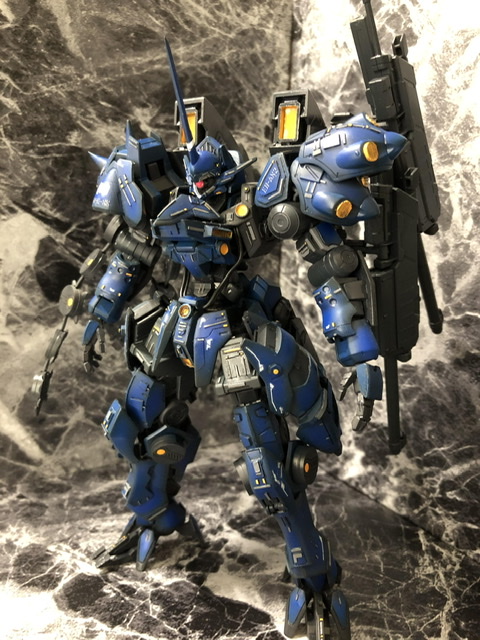 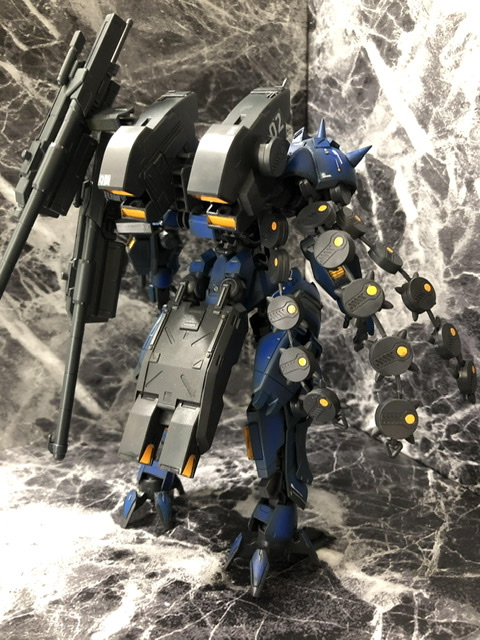 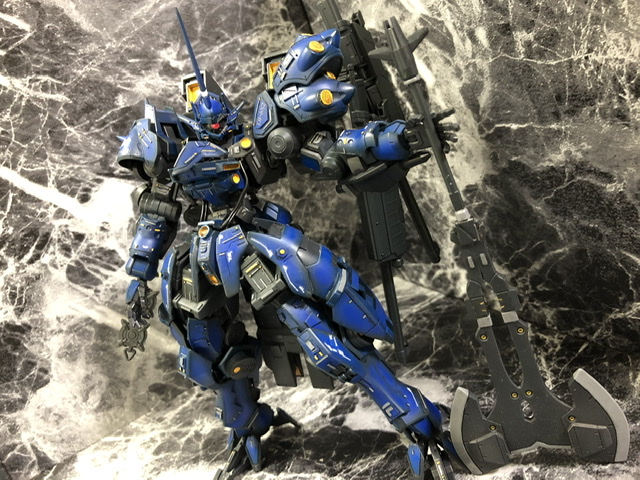 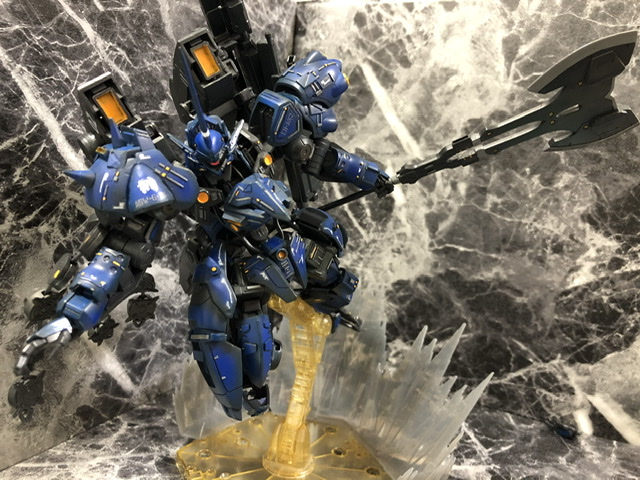 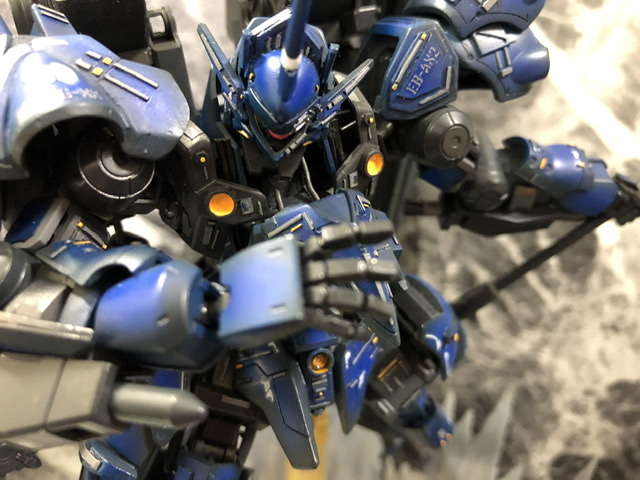 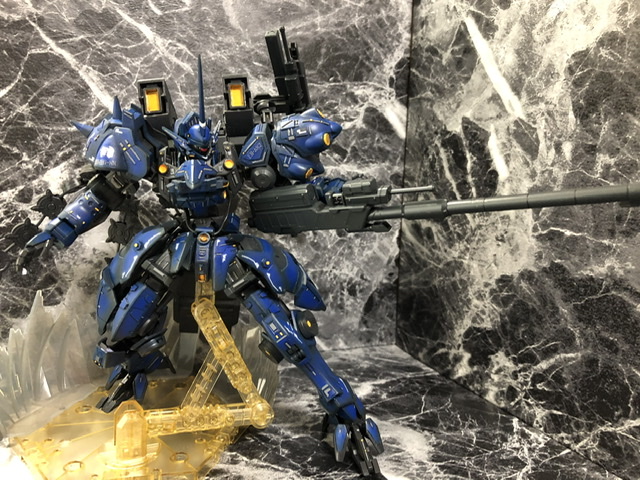 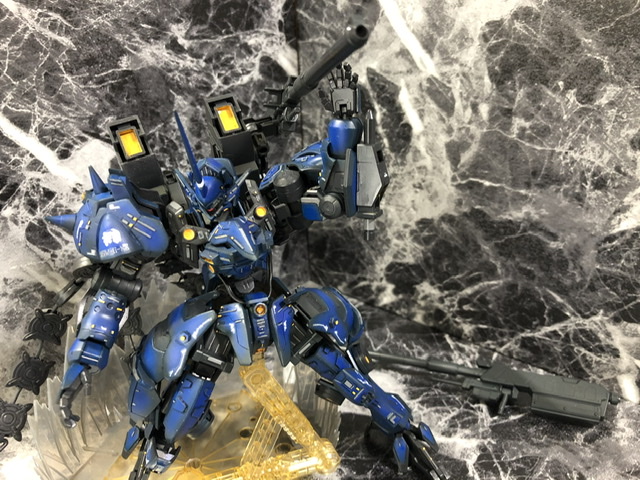 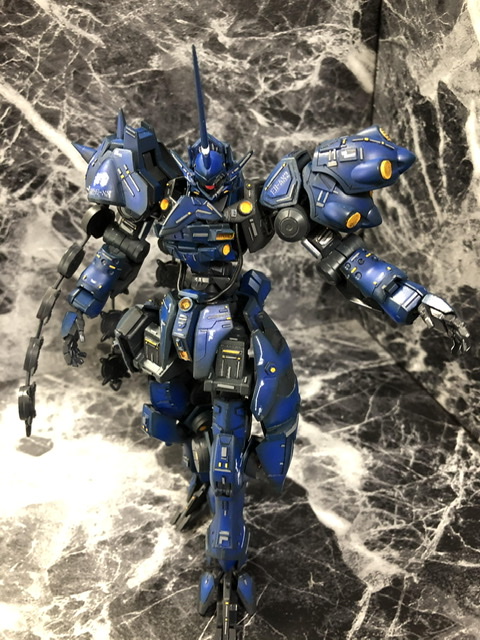 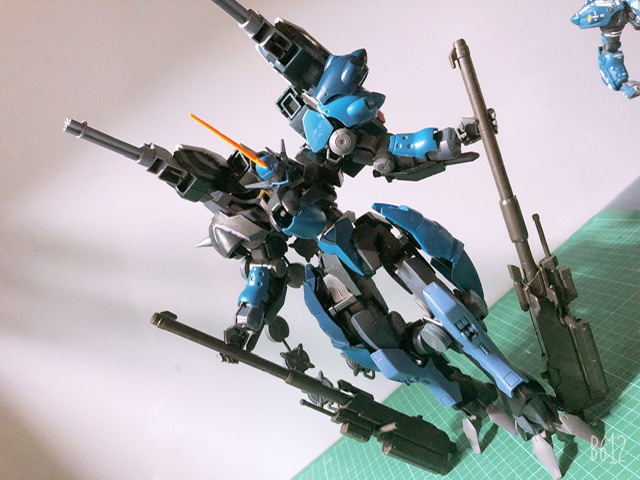 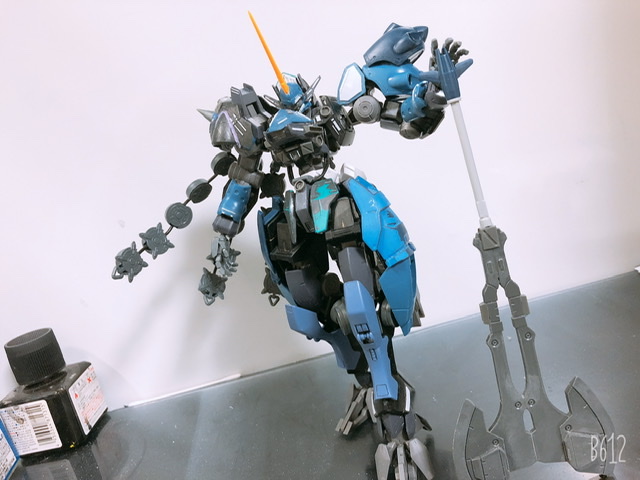 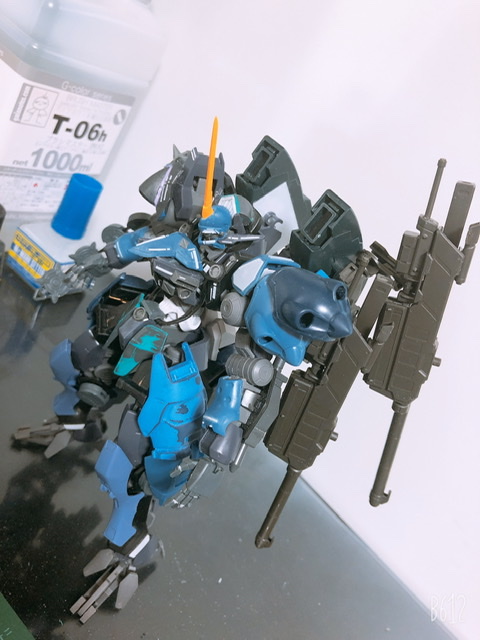 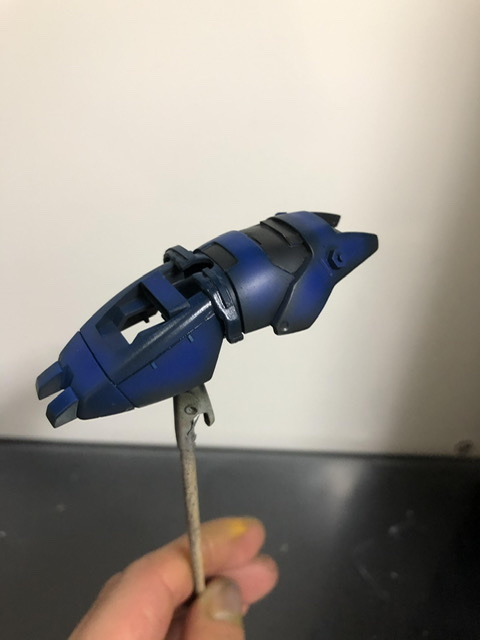 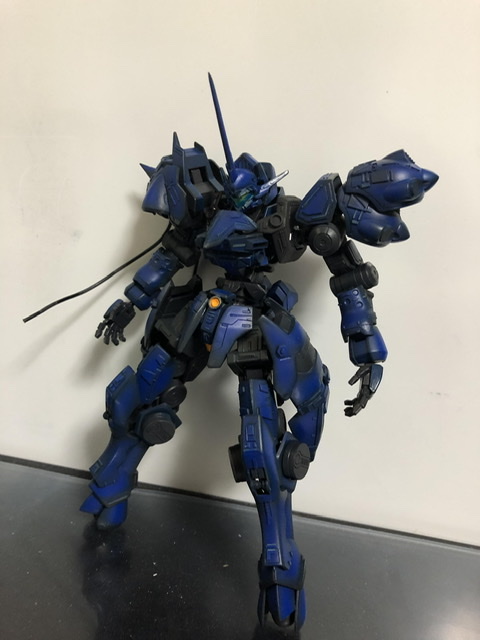 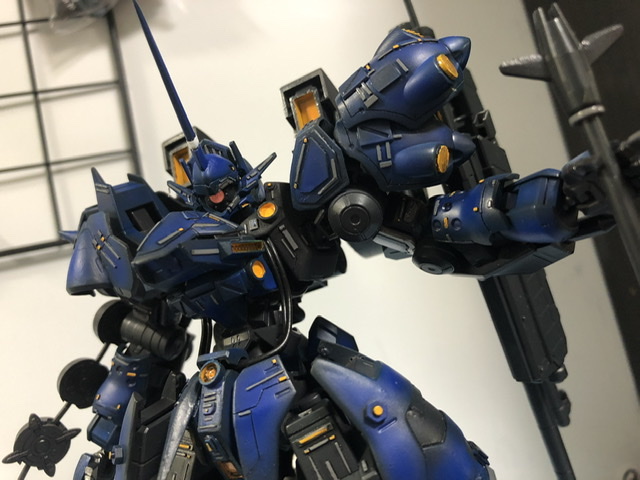 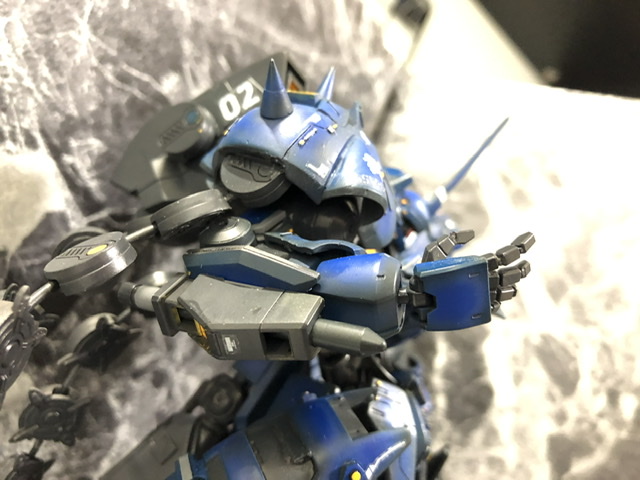 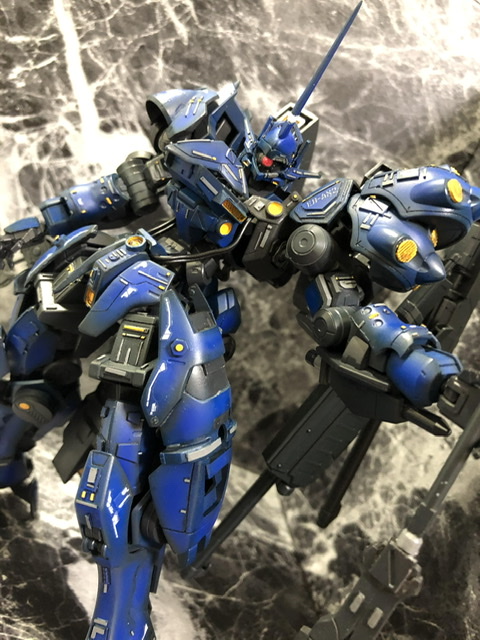