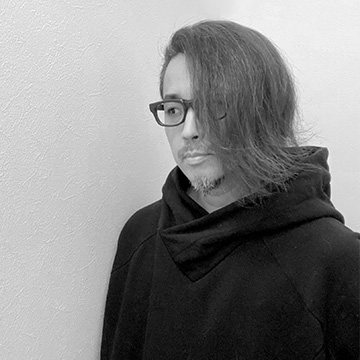 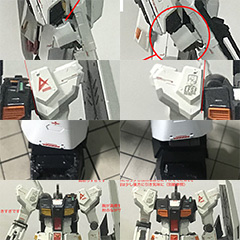 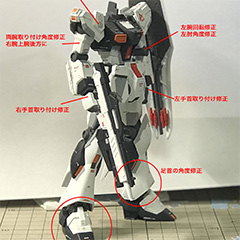 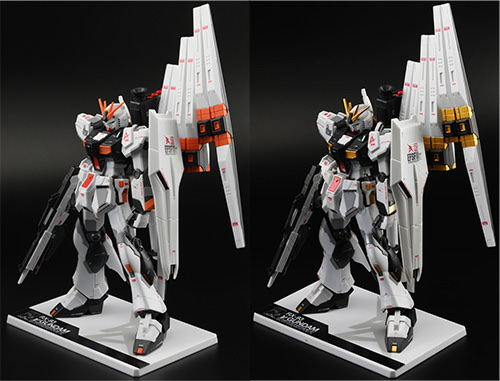 This time, he talked about “A prize M.S.Conclusion 001 RX-93ν Gundam” and the episodes at the time of prototype production.
“Ultimate display model” is ideal for “adoring a cool model with a cool standing pose”
The concept of “ultimate display model” is highly evaluated in that “a cute model is displayed in a cool standing pose and loved”.
Of course, in recent plastic models and finished product toys, “how movable” is an important factor in the reason for purchasing.
However, I think that some adults, even after completing a plastic model, end up displaying it in a cool standing pose rather than moving and playing.
For example, most garage kits for advanced users give priority to shape and detail over the plastic models that our generation has experienced, so most products are fixed pose models.
In the case of the movable model, there are cases where the proportion and the mounting position of parts are slightly affected in consideration of the movement, but this model could be adjusted with the person in charge of the prototype of the product focusing on the standing pose. By doing so, I think that the display model was finished with high quality.
νGundam is a simple mecha that makes you want to try it again and again.
As for ν Gundam, it was a generation that experienced first Gundam in elementary school and watched “Mobile Suit Gundam Char’s Counterattack” in real time, so I am deeply fond of it as a mecha that ended the confrontation between Amuro and Char.
In terms of design, the design of the mobile suit was complicated up to “Mobile Suit Gundam ZZ”, so I was given the impression that it was a special mecha with a high-performance feel due to its simplicity.
As a modeler, I am in charge of examples for all grades of ν Gundam released in the past. Because it is simple, you can take various approaches, so it is a machine that makes you want to try again and again.
A sense of balance in “standing poses”, utilizing the direction experience of model magazines
For the proportions, we did not take any oddity and created the prototype model, valuing “the sense of balance that looks best when standing”.
For the cool standing poses, I utilize the experience of directing sample photos in the model magazine “Gundam Hobby Life” (published by KADOKAWA/edited by the Hobby Web Editorial Department) that I produce.
This time, I aimed for a stoic standing pose as a machine, without giving it a strange character. However, I paid particular attention to the attachment positions and timing of the limbs so that the pose can be moved to the next movement at any time, even though it is still.

In addition, in this ν Gundam, the pose is not completely fixed in the end. By adjusting the points to some extent and leaving some movement so that adjustments can be made, it is possible to make fine adjustments to create a cool standing pose.

I think this method has been used as a standard in the model scene since the appearance of the full-scale Gundam in Odaiba.

However, if you do it too much, it will look like a sticky tone and it will affect the shape itself, so I have specified colors so that the overall impression does not collapse.

Regarding the caution marks printed on each part, I provided some of the data that I used when making the model.
The data is meticulous, but I think it was beautifully and effectively finished by tampo printing.
For the coloring of the Last One Award, only the dark blue part is matte color and sharp

The Last One Award is a slightly different color than the original color, and it has a special color using pearls and metallics.
However, if you make all the colors glaring, it will lose its sharpness, so I made a suggestion that “Why not make the dark blue part a matte color and add sharpness?”
As a result, I think that the model has a calm atmosphere while using pearls and metallics.

I think that the ν Gundam this time has a quality comparable to plastic models and action figures of the same size as a model to stand up and decorate.
However, I hope that you can enjoy it casually by thinking “Oh! Cool ν Gundam!” without worrying about the details.

And if you are lucky enough to get one, I would like to add it to your ν Gundam collection.