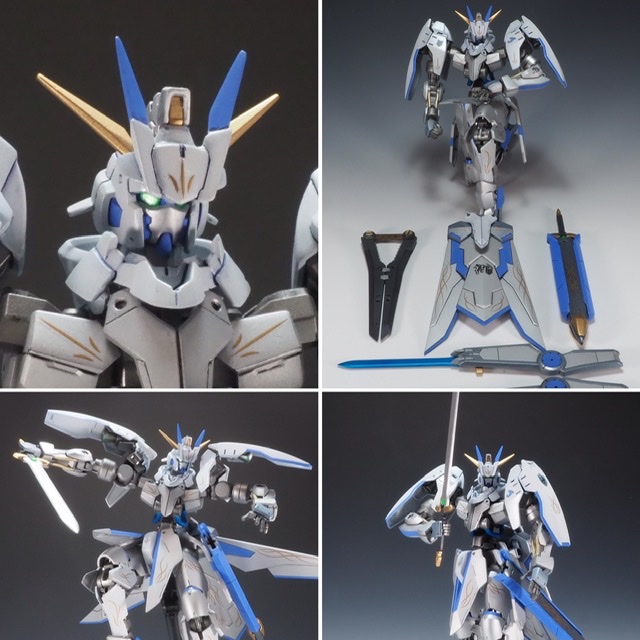 The name is Bianca as a feminine noun because the sun (Sol) and white (Bianco) are Valkyria. I made it with the image of a silver knight who shines like the sun.

The base is Grimgerde. I combined it with the exterior of the Graze Ritter.
The front armor is cut from Grimgerde’s waist armor and glued to the Graze Ritter armor.
I intended to use Grimgerde as a modified head, but due to various reasons, I attached Justice Knight to it a little.
Since the neck area became squishy, ​​I cut and glued the 30MM parts.

Instead of waist armor, I attached a Justice Knight cloak and glued Grimgerde loincloth parts to fill in the holes.

Since the firearms don’t look good with the knight-style MS, I used all the weapons as swords.
Used a double blade of Kotobukiya.

Since the shoulder armor of the Graze Ritter interfered, I could not add the Valkyria Shield, so I combined the two and made it a handheld weapon.
For the time being, it is called “Valkyria Qatar”.
For the longsword of the main weapon, I attached H Eyes as a decoration to the night blade of the glaze liter.

The scabbard is made of plastic plate and decorated by adhering junk parts. The connection uses neodymium magnets.

The symbol of the knight, the three slits in the mouth, are filled (because I don’t like it)
For the forehead pad, I cut and pasted a 30MM part.

It is almost in shape, but it is a production process. I replaced it with the ankle of the Graze Ritter and did not extend it because it has risen considerably. The ankle armor was glued together with the Graze and the gap was hidden.
The compatibility of the iron-blood series is amazing!

The cloak of Justice Knight was reinforced with a photo-curing putty by scraping the connecting parts into the rear armor of the Graze and fitting it into the cloak.
The streaks are carved so that it can be easily painted separately.

The wreckage of this reckless challenge … I intended to extend the sword of Justice Knight, but it didn’t straighten at all and gave up, the sheath … extended the hollow parts? It’s too much
For the head, I thought it would be good to attach a techto Gundam face to Grimgerde, but it didn’t fit at all, and I messed up Nadleeh head … I can’t make any more casualties, so justice knight’s head I adopted it because it was unexpectedly cool. 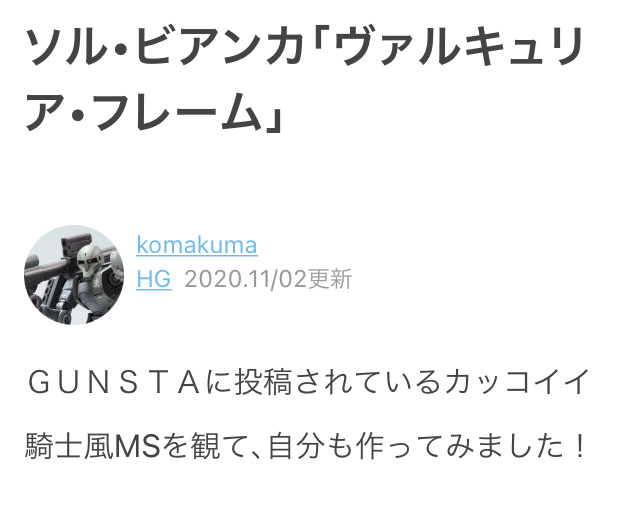 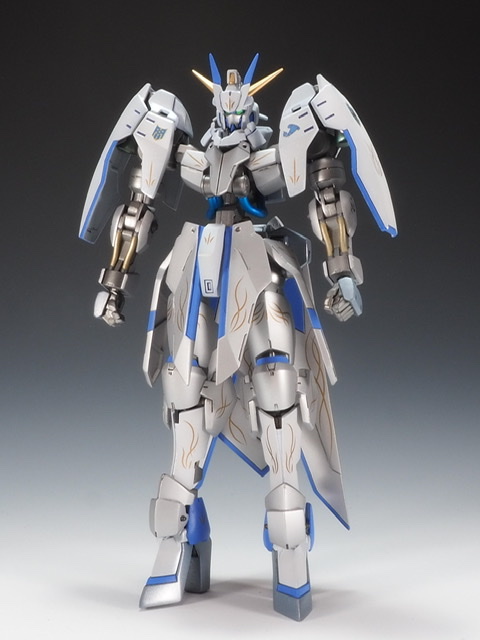 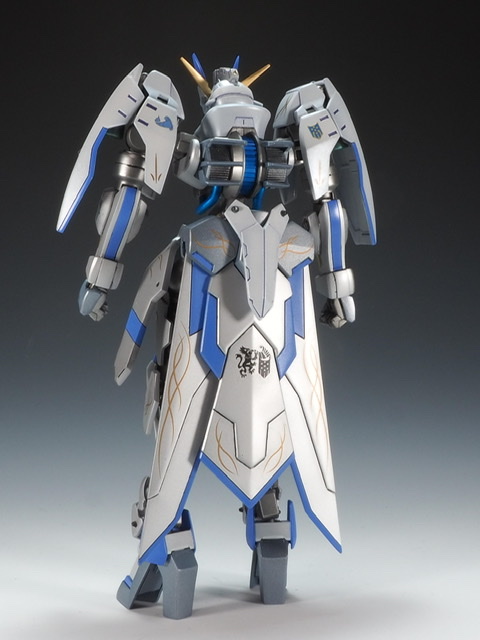 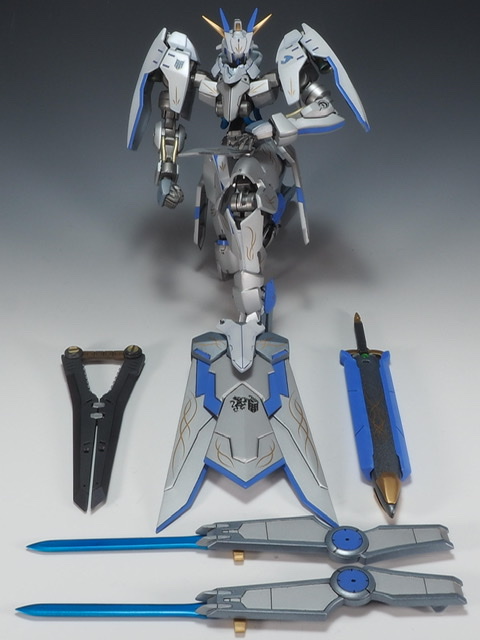 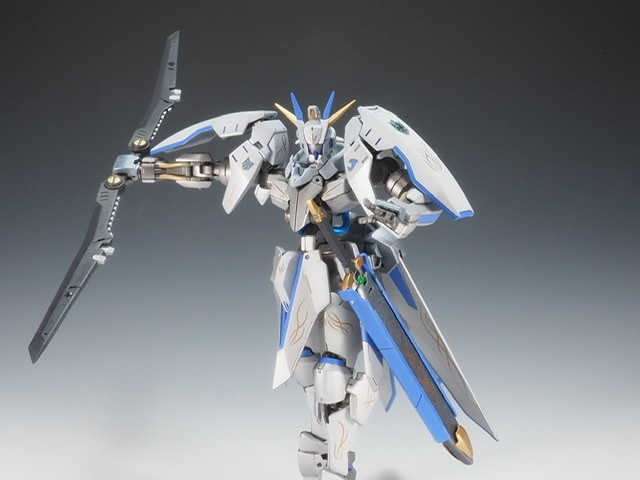 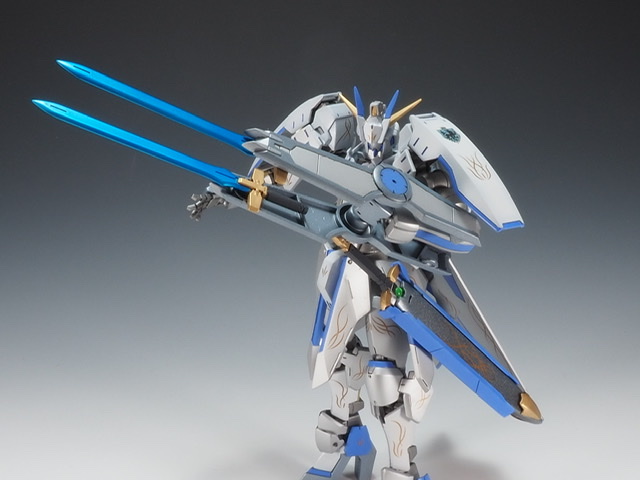 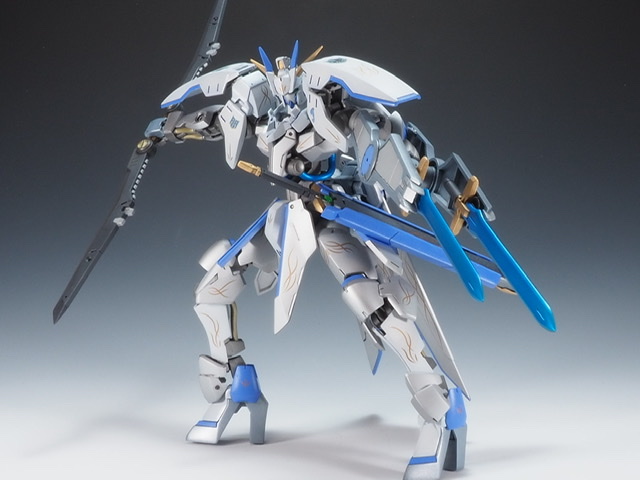 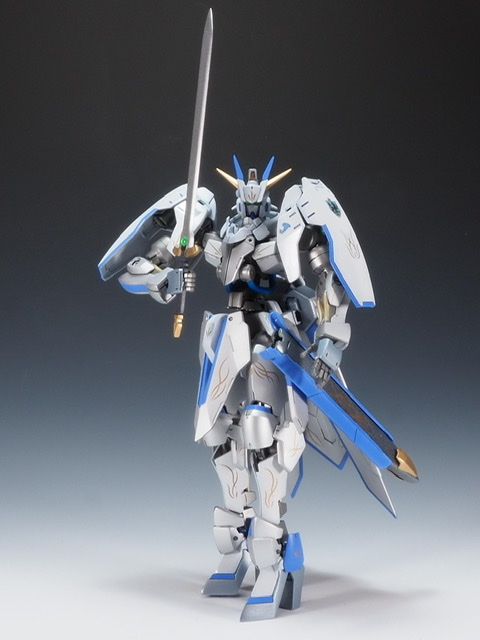 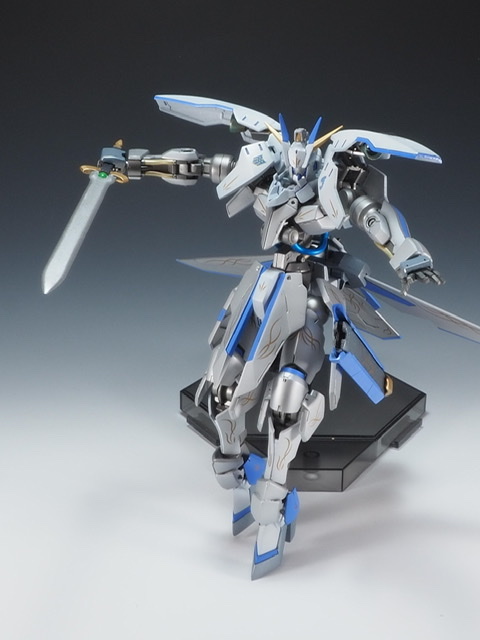 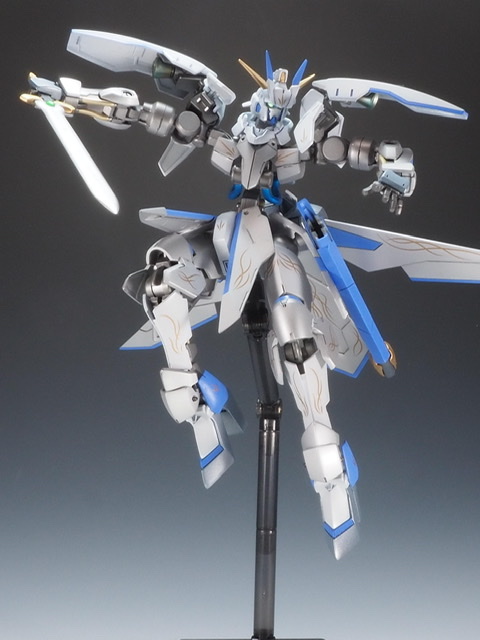 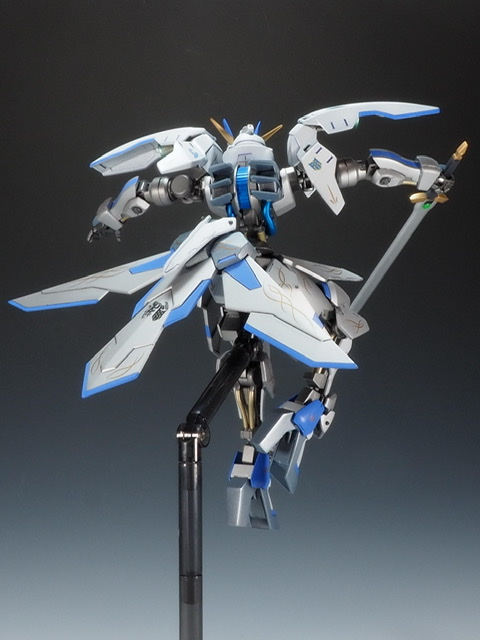 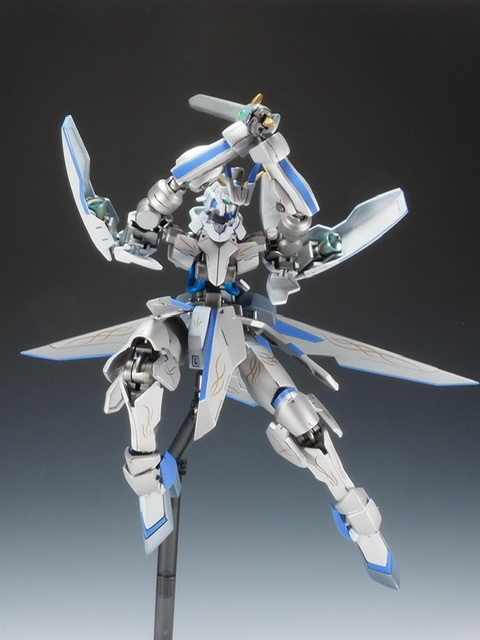 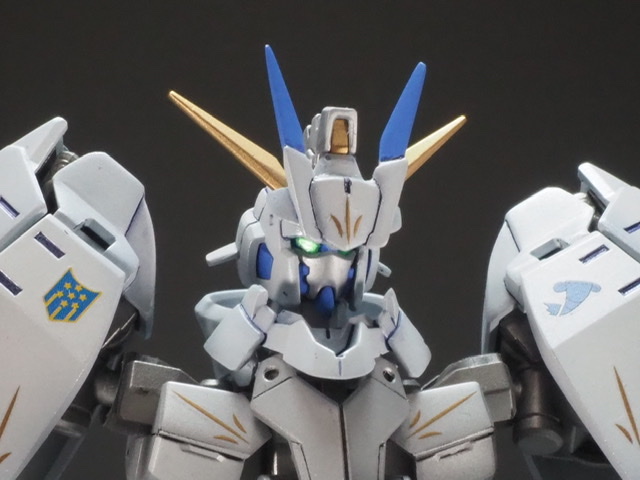 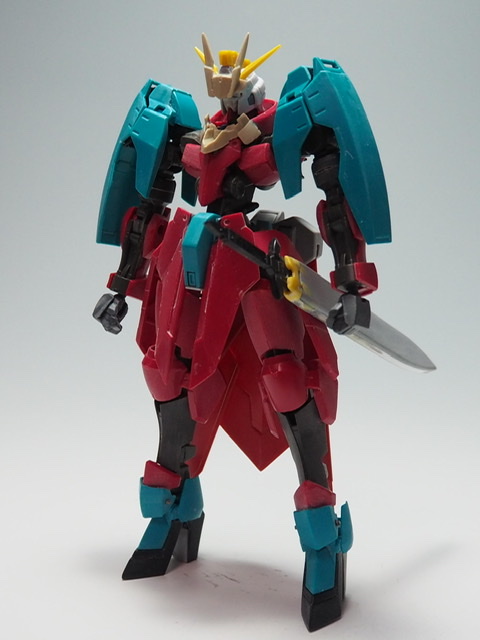 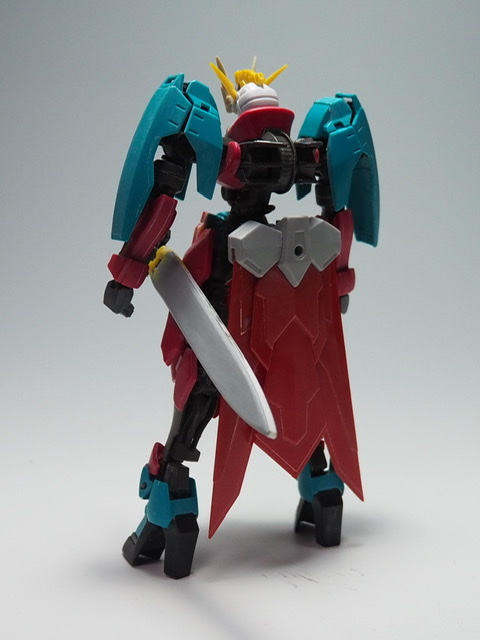 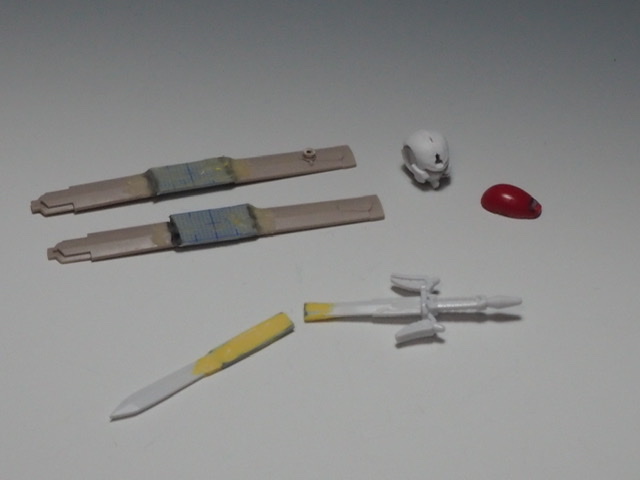 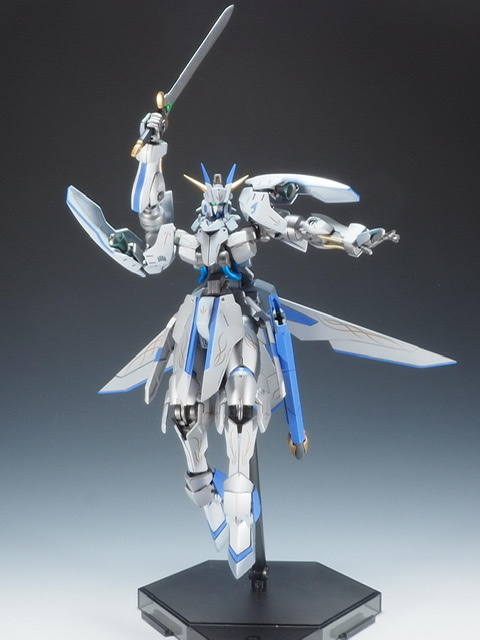