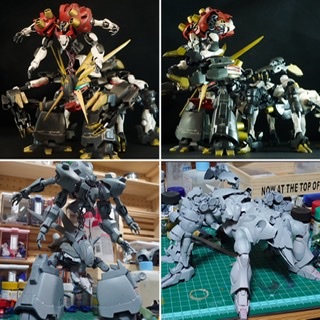 This is Devil Gundam-style mobile armor [Uriel], which was planned by HIROPAPA on Twitter and started to participate in “Iron-Blooded MA Eradication Strategy”.
I’m planning to add an arrangement so that it doesn’t collapse too much from the Devil Gundam, so please have a look if you like.

It’s big, height 25 cm, length 34 cm
Is it about 36m x 49m if it is the actual size (144 times)?
Like Hashmal, we weathered the whole thing because it would have been buried in the soil for hundreds of years.

Back shot
I like the large vernier on the back
I imagine a mixture of the first and third forms of Devil Gundam.

The white armor on the chest is openable

Armed ④ Angel’s Hand
Cover the main arm manipulator with a liquid metal that emits high heat to restrain and explode the enemy.

Uriel is a pair of MAs, divided into a “main body” that looks like a Gundam and a “tail” that looks like an insect that can move independently of the main body. Connected with a joint
In addition to being equipped with its own armament, it also plays a role like the master unit of Pluma, which will be described later.

Armed ①, ② Wire spike x 4, back claw
Spikes that move freely with wires
The back claw attacks enemies built on the back, pursues enemies that have fallen to the ground, etc.

Armed ③ Forefoot cannon
Long-distance armament on the sole of the forefoot, even shooting by pinching the opponent

Last armament?
Pluma ver. Uriel
I could only make one, but like Hashmal’s Pluma, it is set to be mass-produced in the body.
Manufactured in the abdomen of the tail and laid down from the buttocks
It looks like a bug and feels bad
Meteor issue that can be done again because there is no unmodified iron-blood kit by chance

Production photo
It’s quite a get-together, so I didn’t have much trouble with the parts I used, it feels like everything fits
The legs of Devil Gundam have the legs of Ogre Blade X and Atlas Gundam (both junk) completely embedded, so the knees and ankles can move properly, but I think it was not necessary for the pose.
It was good that I could stand up stably because the weight was just right on my legs …?
Other invisible parts are filled with useless junk parts to create a sense of density.
At first, I thought I’d give it a big weapon, but I wondered if MA had a different weapon, so I basically settled on arming with reference to Hashmal.

Tail and pluma
The whole picture was decided, but I couldn’t decide the legs, and when I was looking for a model shop, there was Eldora Brute, so I proceeded at once.
The weathering was really fun because it was white overall.
Pluma, too
If it becomes a slave unit of the Devil Gundam motif, it would be better to use the Death Army motif, so this is also produced around the head of Eldora Brute

I used a 100-yen sticker for the mono eye
The word pluma seems to mean feathers, so the name is the same as it is for Uriel.

That’s why it was MA Uriel.
It was a half-prank work, but I was able to do what I wanted to do, and I enjoyed weathering for the first time in a while.
Those who participate in the project should definitely annihilate it. 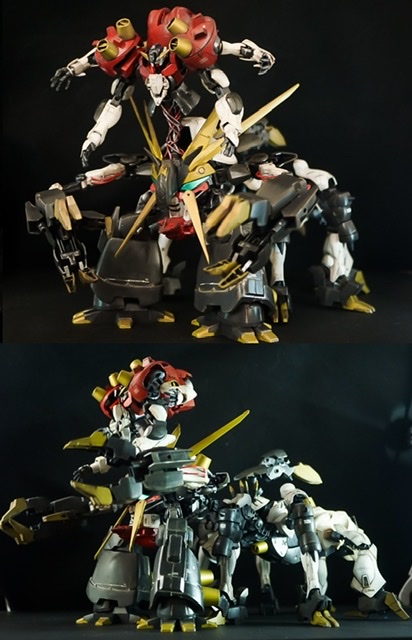 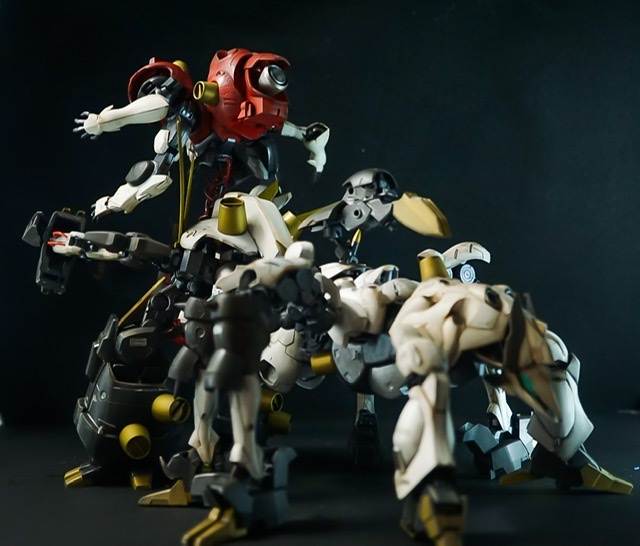 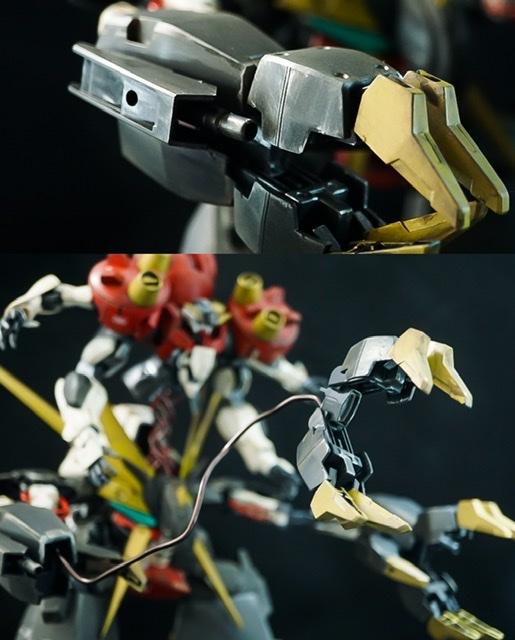 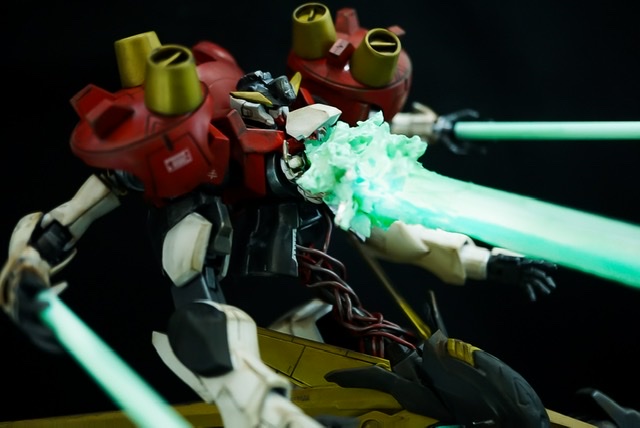 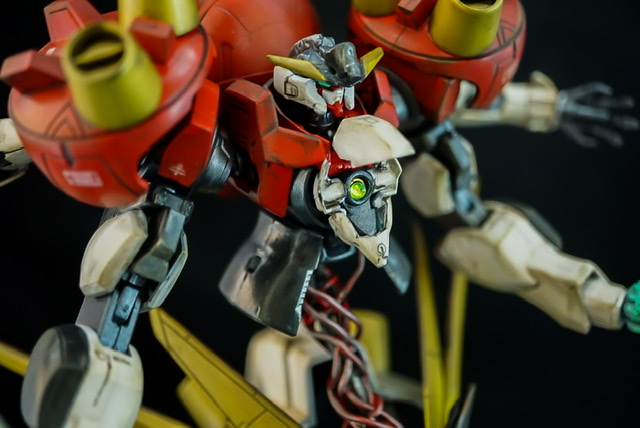 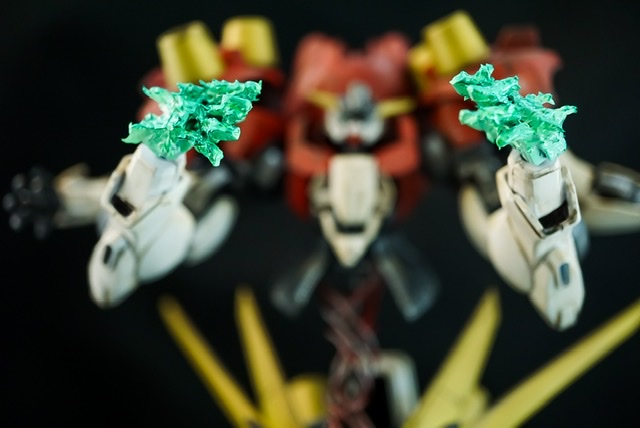 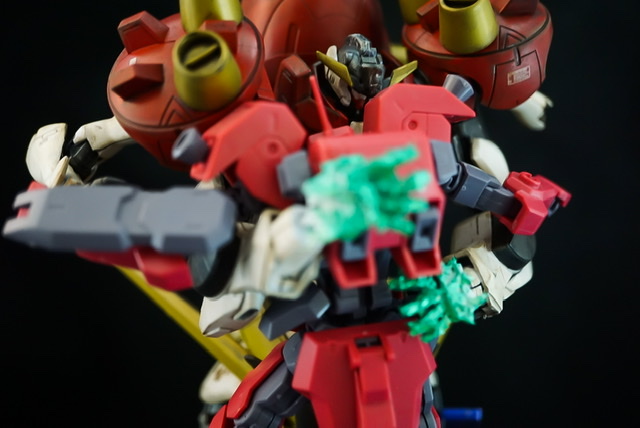 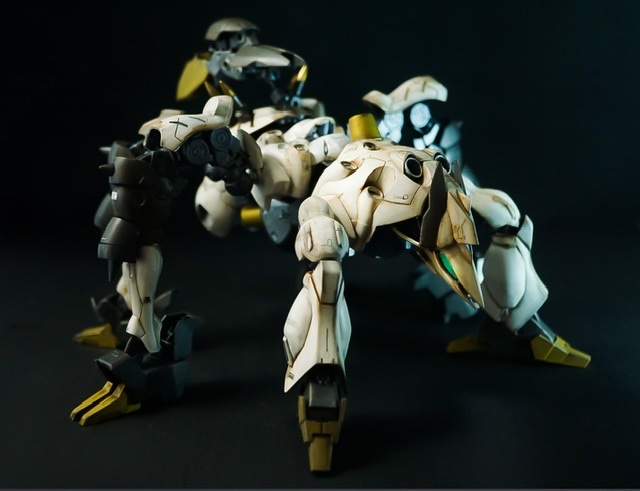 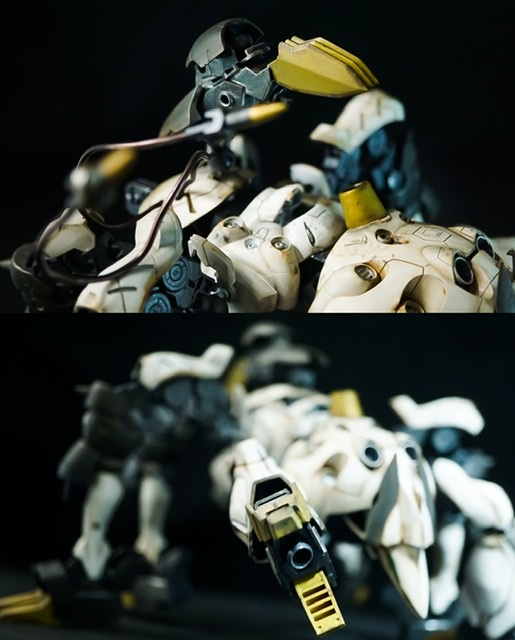 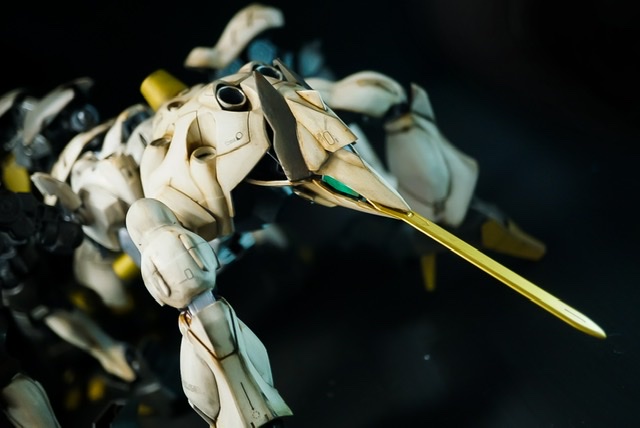 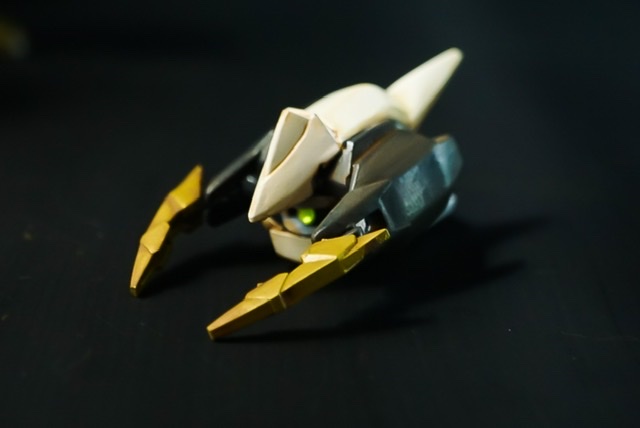 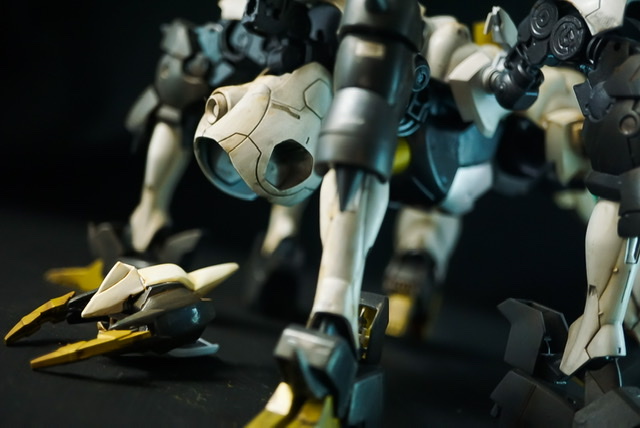 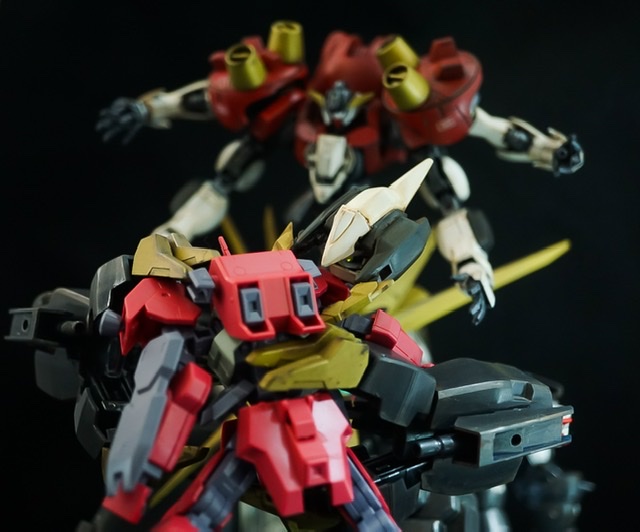 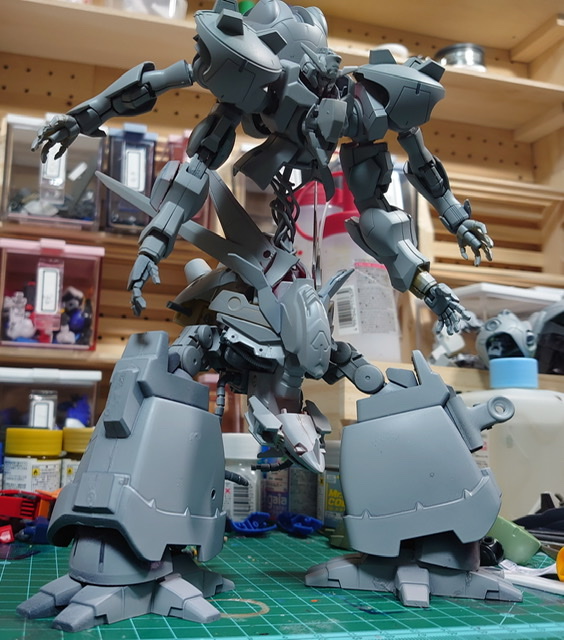 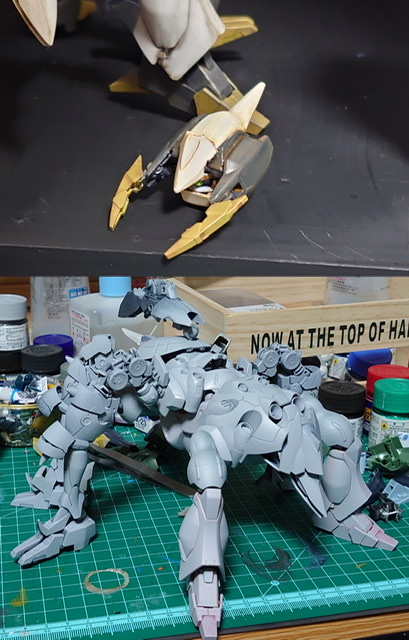