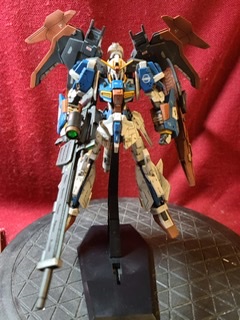 It’s been about 3 months since the production started in November last year, and in 2021, the first completed work. This is Lightning Zeta Gundam. I had the impression that it was a little too delicate and slim, so I mainly focused on changing the proportions of the lower body.
The shield is not a kit, but is equipped in a Zeta Gundam compliant orientation.

Since the camera eye and sensor lens use fluorescent colors, they emit light when exposed to black light.

Back view. I just added a propellant tank and some details.

For the other head, I used the one from Lightning Gundam to make a hornless version that imagined a mass production type. If you do this, the neck will look a little long, so someday I will make a shorter version of the neck.

Since the range of motion of the binder like the wings on the back was narrow, I made the connection parts myself and increased the joints to expand the range of motion. The image is in a skeleton state, and later a cover is made from a plastic plate and covered. It’s easier to have your own gun and add facial expressions.

So, I made a work to align the center line, and then I made a movable cylinder and replaced it with a cylinder that can be seen to be cut in the middle. The ankle guard is also closed when viewed from this direction and looks like a toy, so I cut out the closed part and make it a separate part.

The long beam rifle is mainly made of plastic material and I made it by myself while making full use of junk parts. In order to have this, in order to equip the shield in compliance with Zeta Gundam, it was necessary to expand the range of motion of the binder.

Since the base of the shield connection parts was wobbling, I made a part that does not wobble with a plastic plate. The right arm is also made and mounted as an additional weapon to hide the hard points. 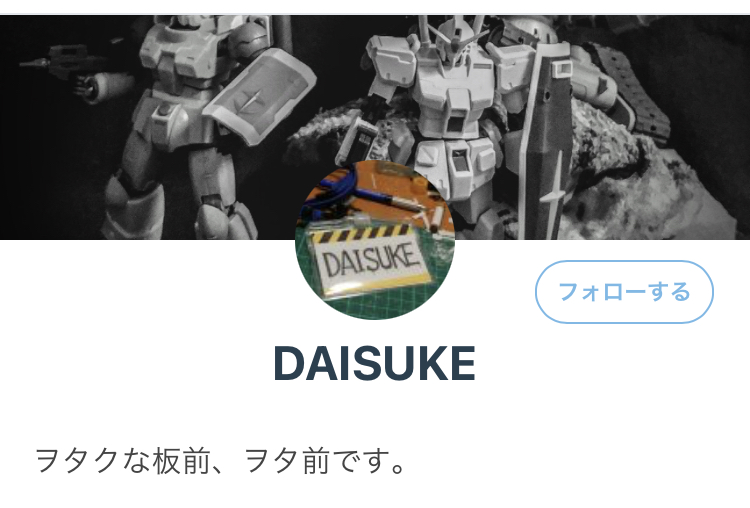 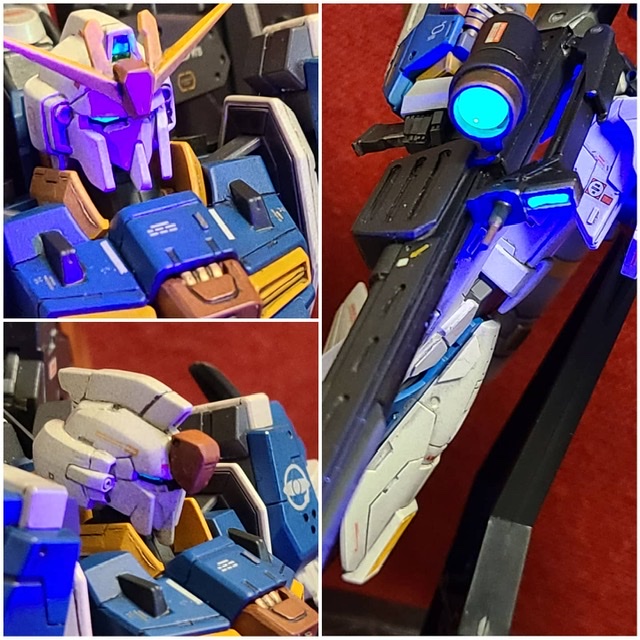 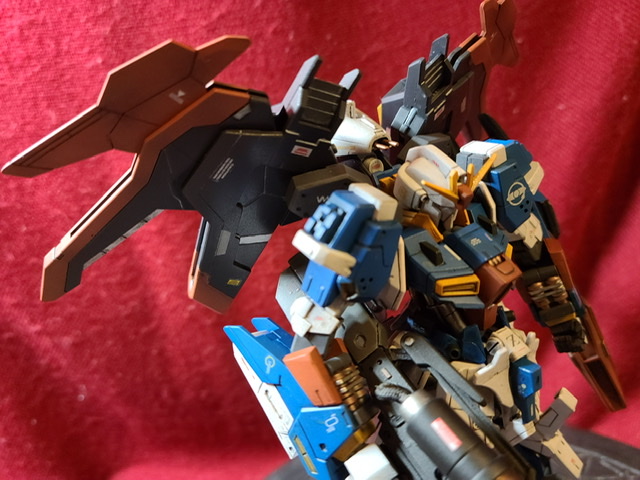 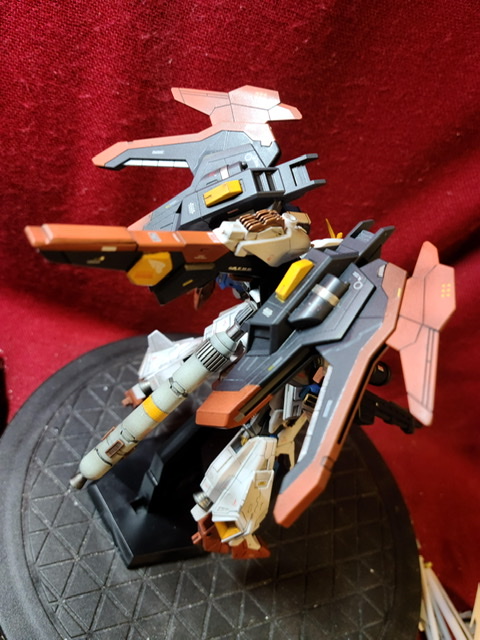 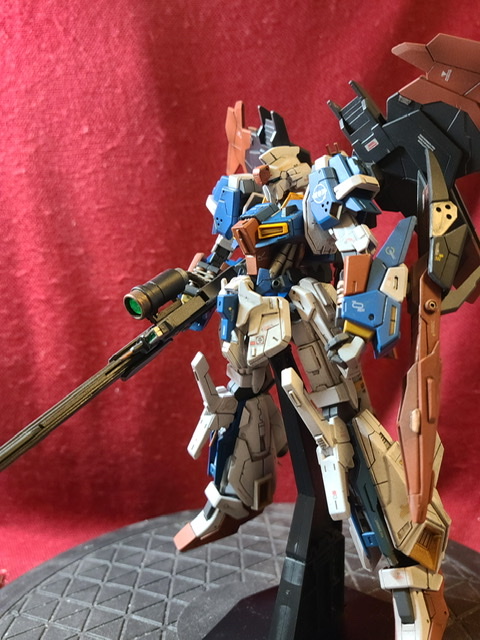 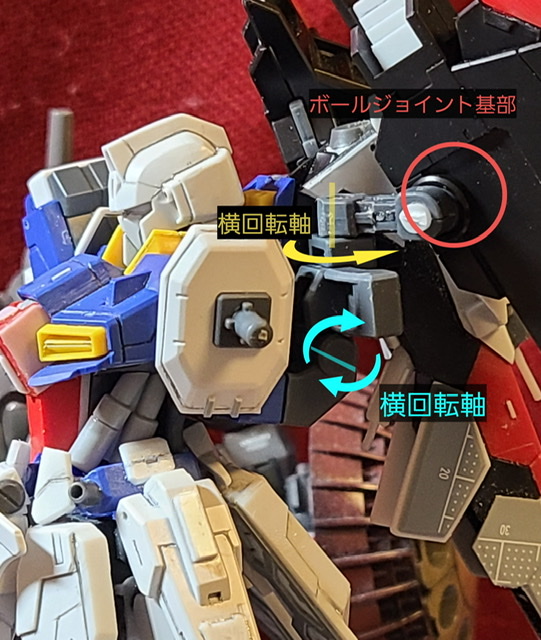 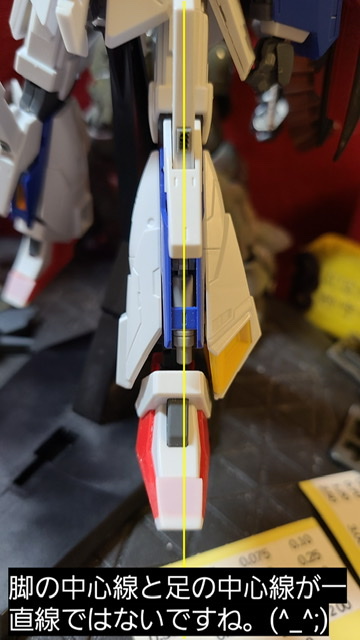 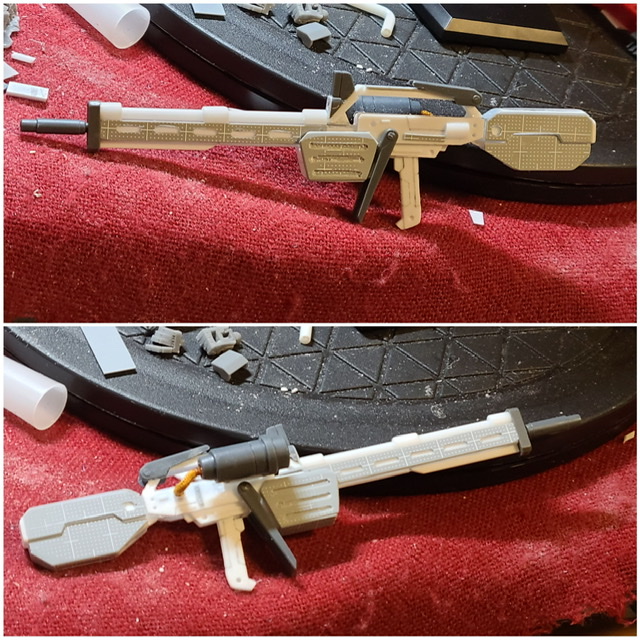 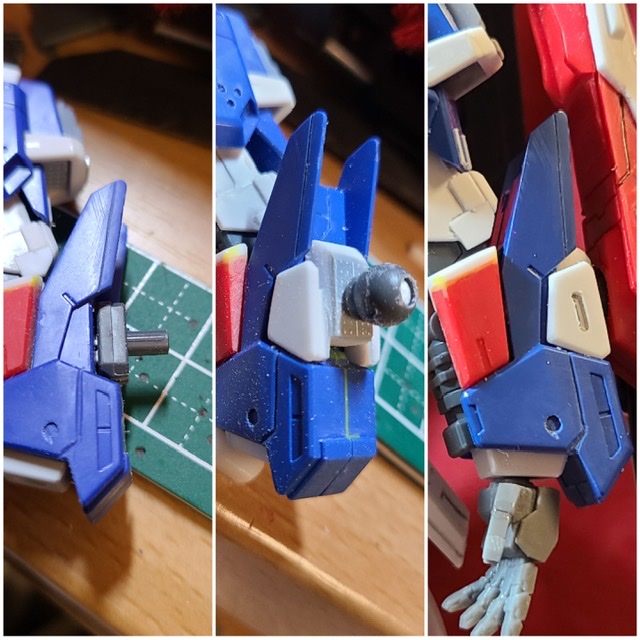