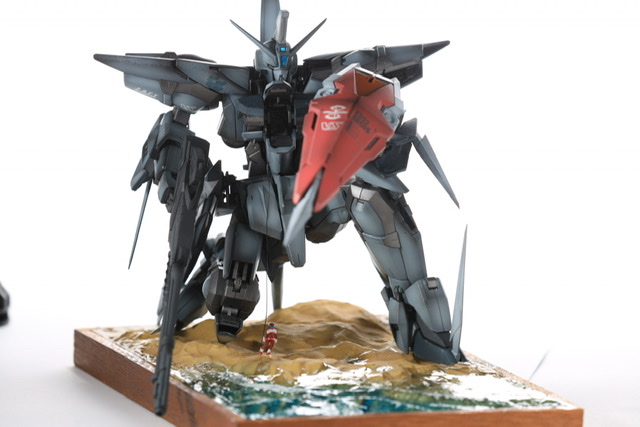 This is the second work with the theme of SEED phase shift down.
Last time it was a strike.
I have reproduced a scene from a distressed island near the Orb where Aisha and Cagalli meet.
Diorama materials are basically prepared with Daiso.
I chopped up the limbs of the pilot parts in the sitting position and painted them in an upright position.
The wire used was a thin wire used in model railroads.

In the animation scene, the shield is also gray, but it seems that PS armor is not processed on the shield due to the setting, so it was judged that it was a drawing mistake and the MS color was reproduced.
(Because it seems to have the same performance as the Strike Duel shield)

I added a look with Daiso’s UV resin and gel medium and white wave color on the surface.
The right foot does not bend by design, so I removed it, turned it around, and fixed it with adhesive.

The base is a wooden tray with a styrofoam board to raise the height, and paper clay to give it a three-dimensional unevenness. I made it on the back of the toothbrush. I think I was able to catch the vertical unevenness of the shore near the water. 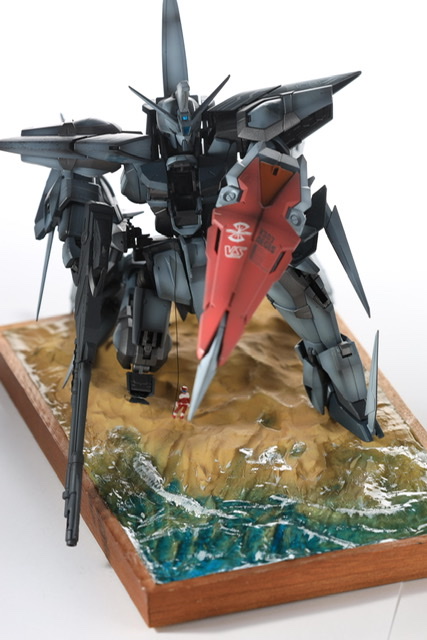 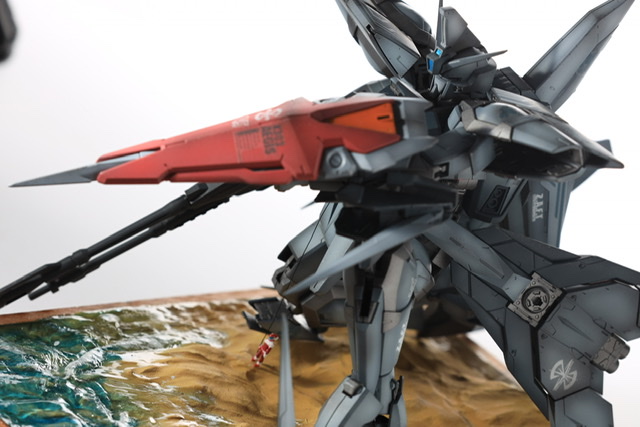 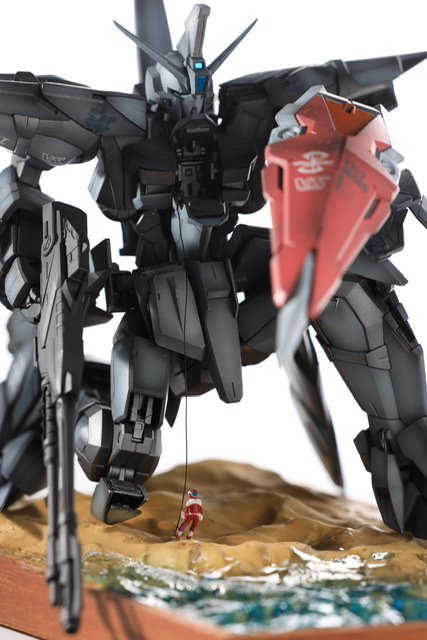 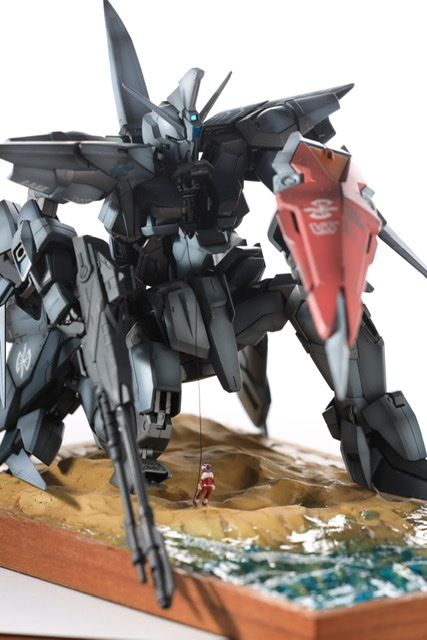 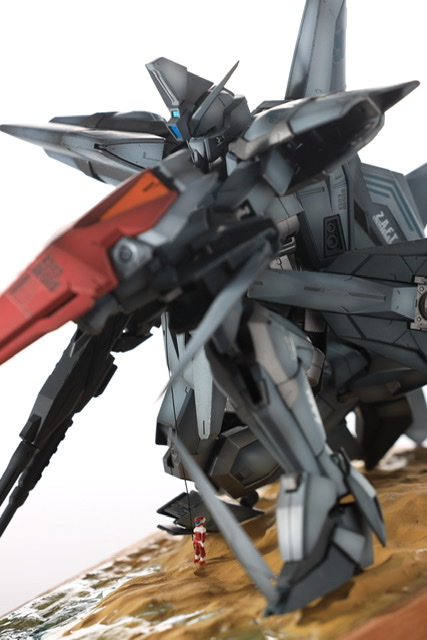