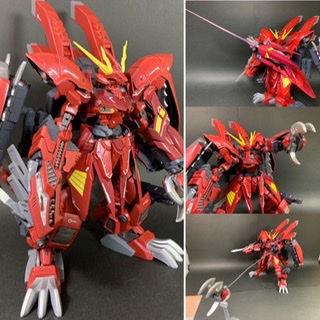 It is a custom machine of Testament Gundam made for Twitter competition, ISPWC2021.
The Earth Alliance forces collected and cultivated the core that came flying with meteorites from the star where metal lifeforms live far away, and incorporated it into the RGX-00 testament.
The concept is Gunpla + Zoids.
Based on the MG testament, the parts and weapons of the old 1/72 Geno Breaker are put together.
It was the first remodeled MG, but I think it was a personally satisfying result.

front
The face is shaped to imitate the head of a Tyrannosaurus.
back
The backpack genocide striker uses almost the same parts as the genocide breaker.
A tail blade is used as an original armament to give the Tyrannosaurus a tail-like appearance.
Free round shield
With a composite shield that integrates offense and defense, the huge scissors “Exbreaker” specializes in cutting enemy MS by making full use of flexible arms.
A beam gatling is provided in the center, and an energy shield is put on the surface when in a defensive position.

Charged particle cannon
Speaking of Geno Breaker as the main of this machine, this armament.
Particles attracted and compressed by the backpack’s charged particle converter are emitted as destructive rays. Objects that are hit directly are decomposed to the primitive level …

Laser charging blade
Geno Breaker’s original armament. Maneuverability is improved by being attached to the arm.

Beam saber
Oscillate from the center of the shield. I am good at tactics to pierce enemy planes captured with claws.

The tail blade is an armament that is good at piercing an enemy aircraft with the blade at the tip and knocking it down by shaking it.
It’s difficult to handle, but sometimes it moves as if it had its own will.

Although it is not possible to fly, it is possible to make full use of high-power wing thrusters to make stationary and long-distance jumps in the air.

Before painting
I use a lot of parts other than Gunpla.

Genocide striker
It’s an old kit, so I had a hard time erasing the joint between the center and the vernier … 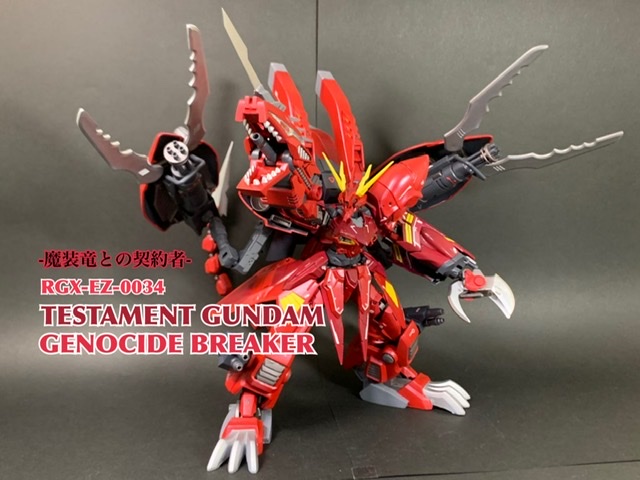 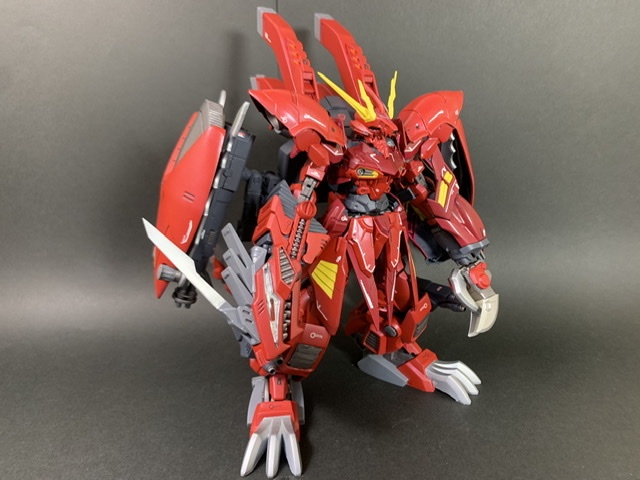 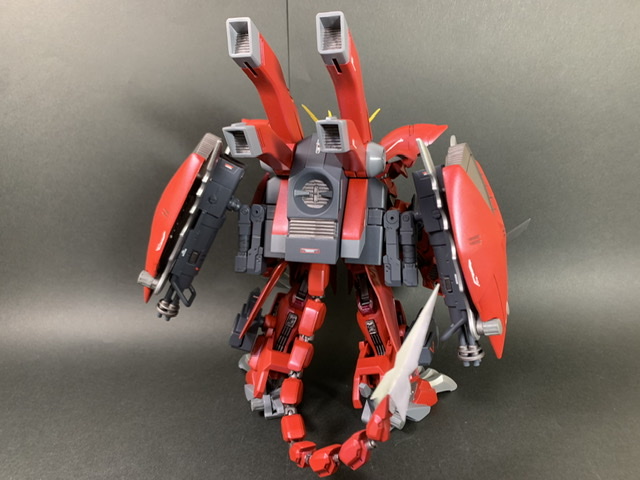 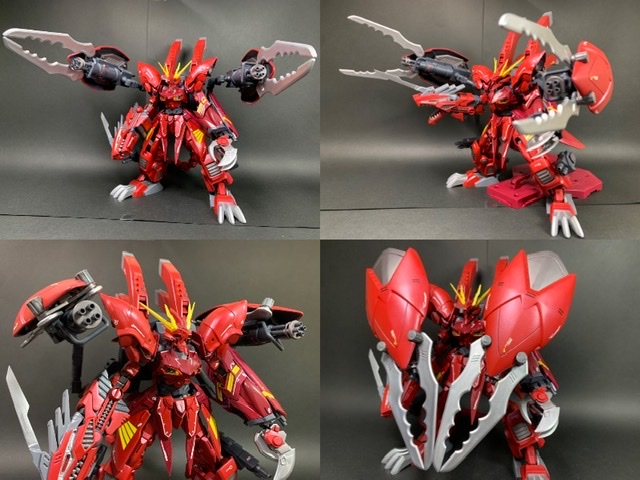 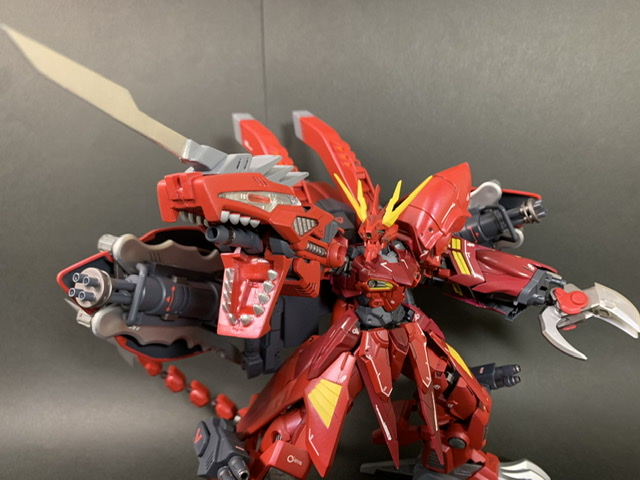 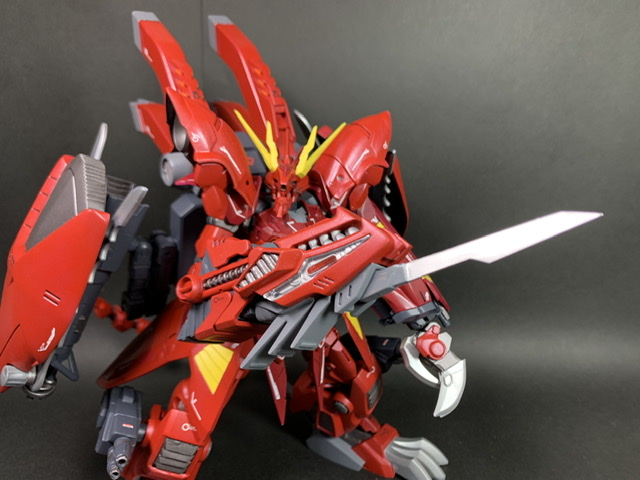 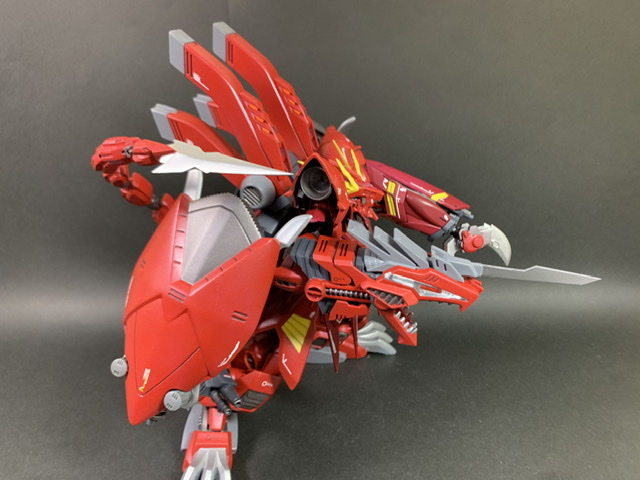 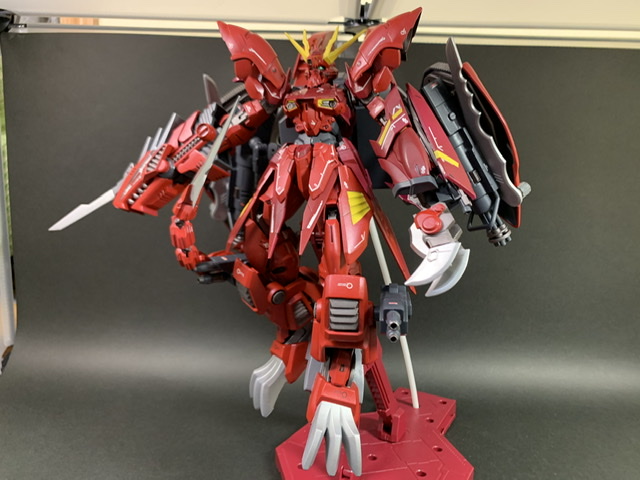 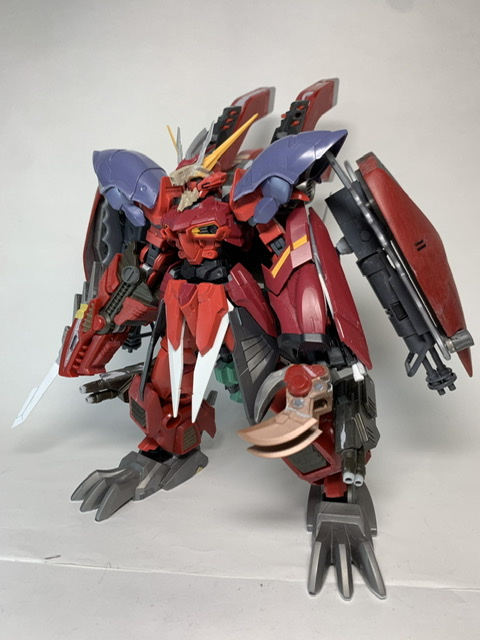 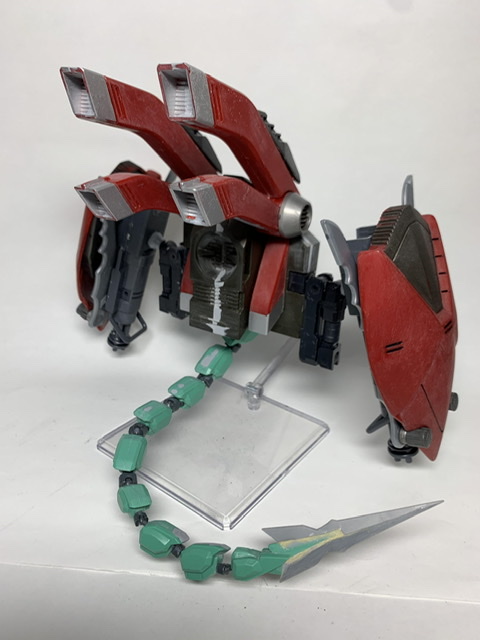 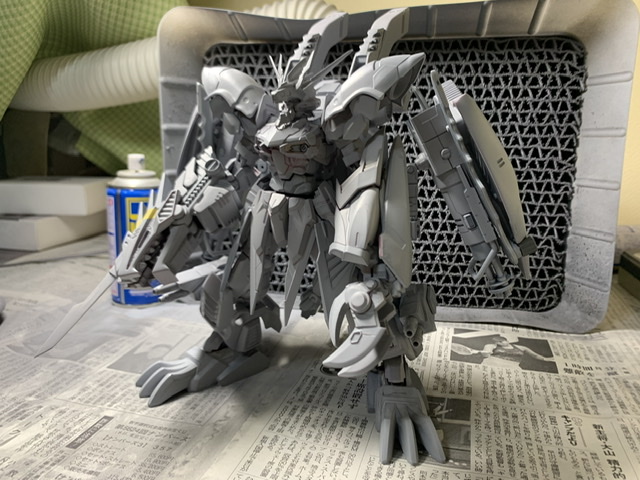