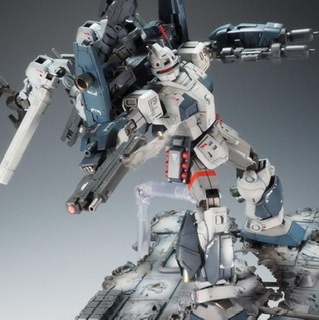 “Intercept without a fellow booster is just a GM…” I couldn’t get a fellow booster (I don’t want to buy it at the pre-price), so I made an original high mobility type using 30MM that can be obtained anywhere.
The base is GM Intercept Custom. I made it with 30MM parts except I borrowed the waist armor from Jesta.
Verniers have been added to each part to increase propulsion so as not to let the enemy escape with the MS made for hunting the remnants of Zeon after the One Year War.
I made a debris-like action base using plastic boards and junk parts. It’s good to ride or lean against it, and it’s very useful.
The hand gun is a Kotobukiya part Clear parts are fitted to make it look like a sensor. Although it is powerful, it has a poor hit rate, so it is used very close.
The machine gun in the backpack is used for intercepting missiles and destroying debris.
A BOX type beam saber is attached to the right arm. It is a setting that can not form a blade for a long time even though it has a high output, and it is cool if you slash it while passing each other
I attached a double machine gun to the left arm. It is an equipment that emphasizes ease of handling rather than power.
I also have a rifle for long distances. I think it will fire live ammunition instead of tabuns and beams.
I wonder if the booster on the back can move flexibly and make quite tricky movements …
Thank you for watching until the end! 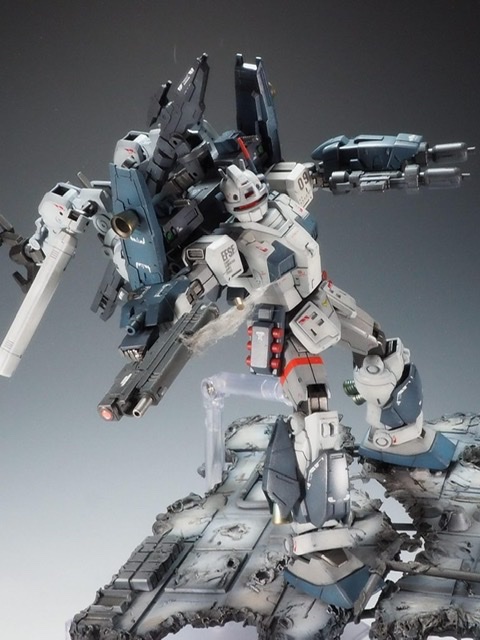 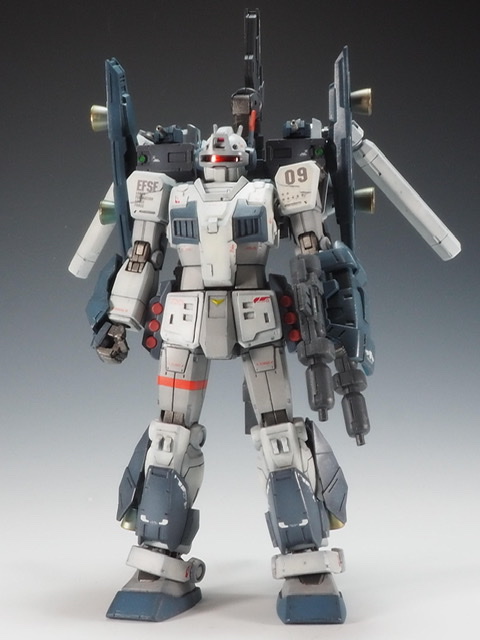 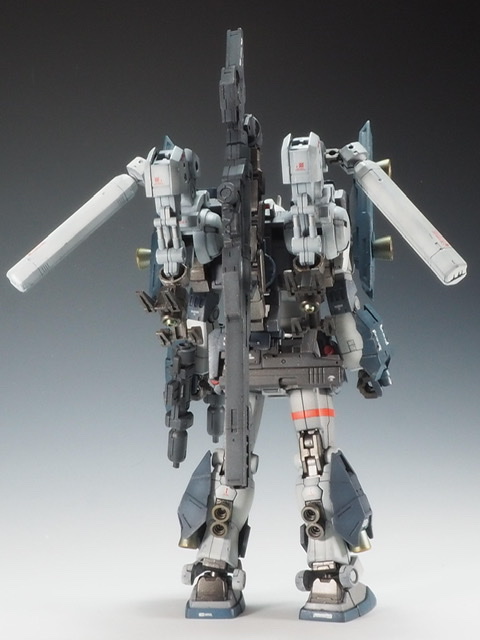 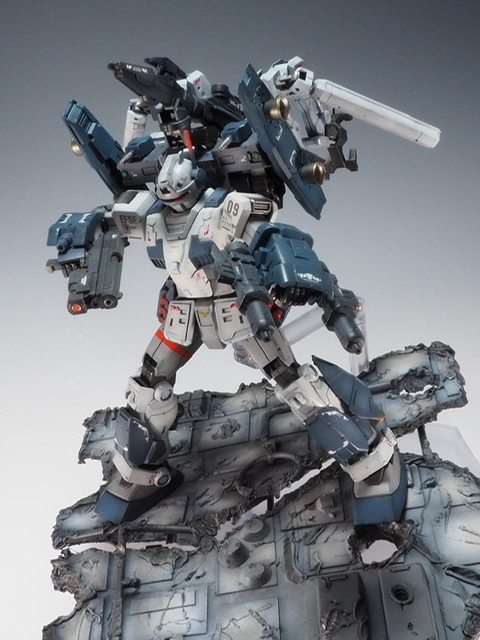 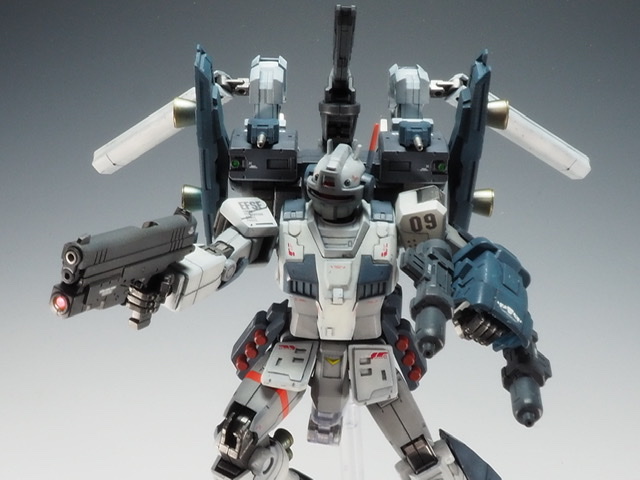 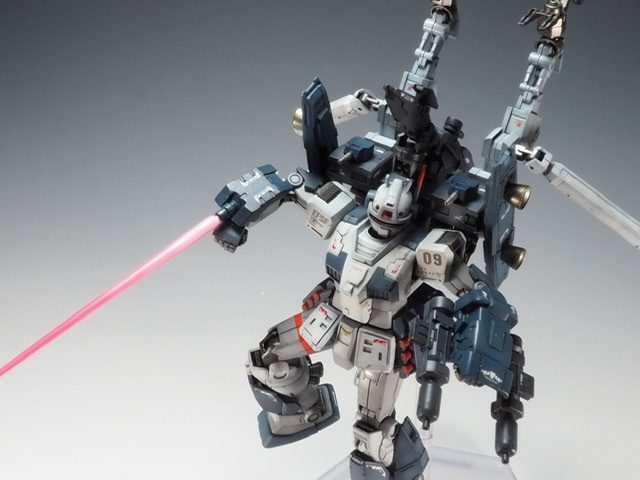 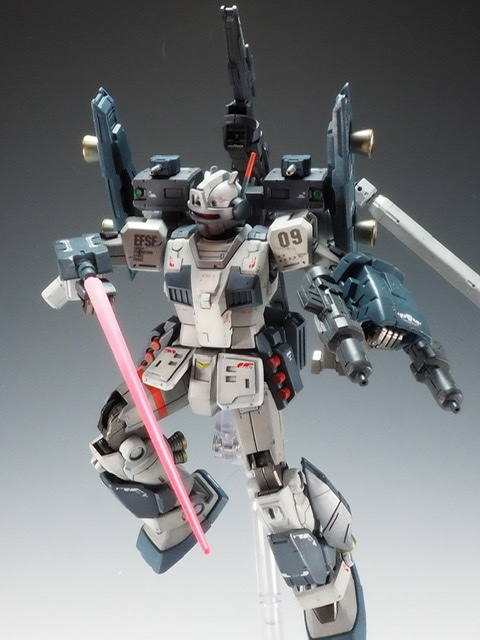 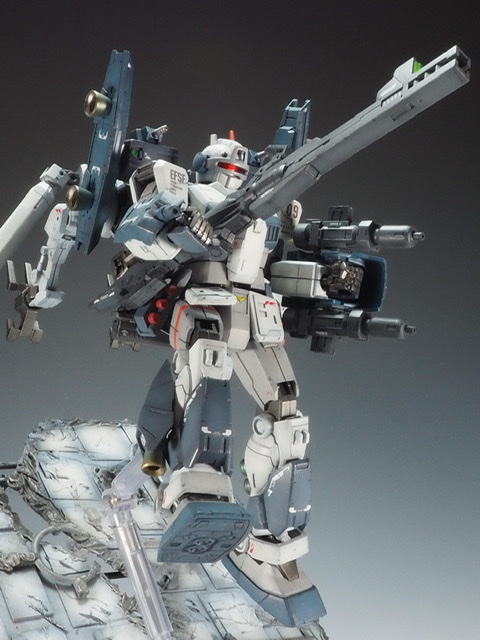 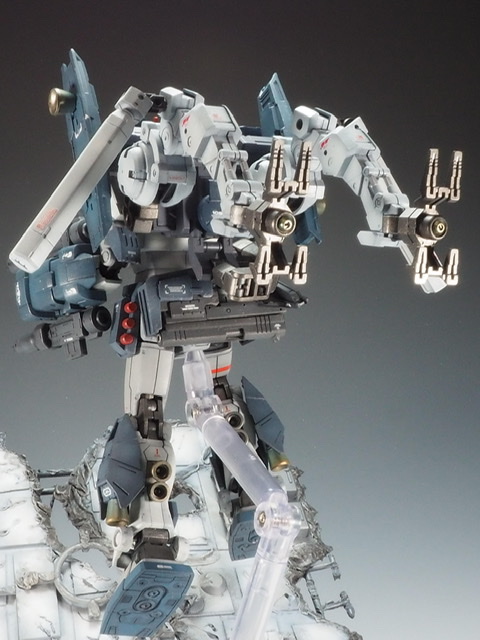 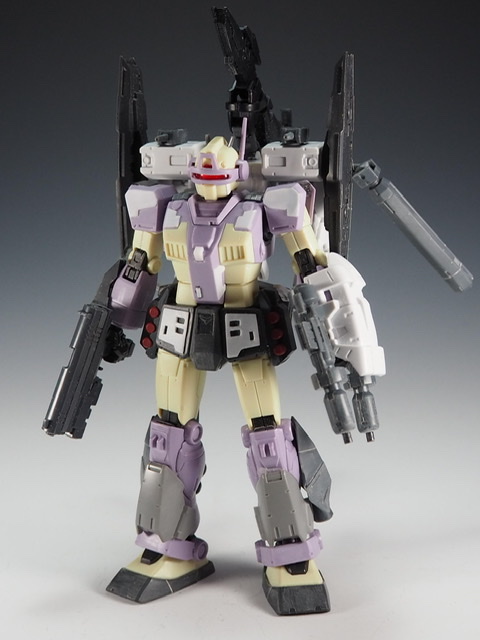 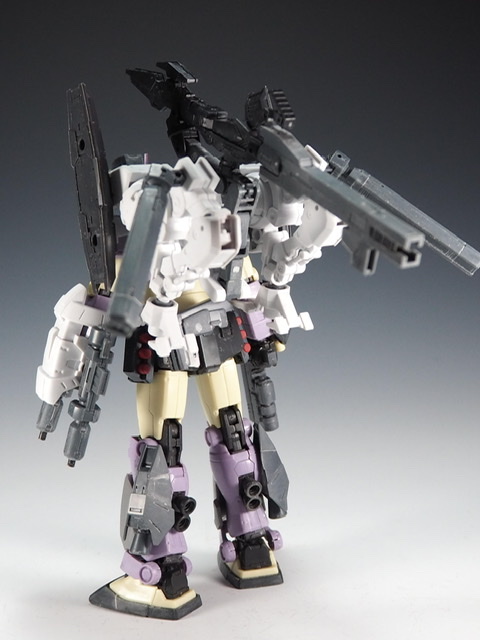 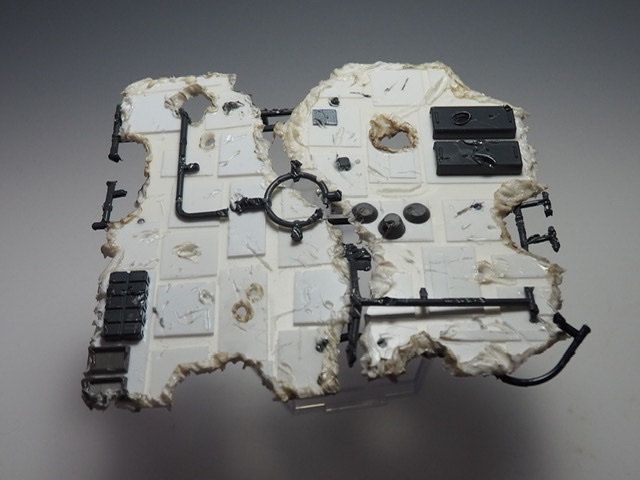 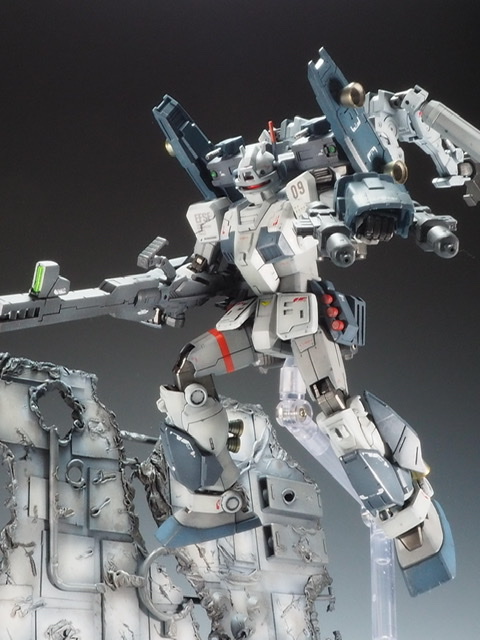