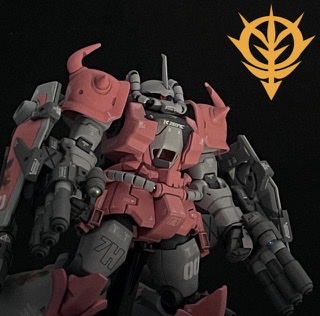 MS-07H グフ飛行試験型（キリー・ギャレット)
What if Killy Gallet of the base participated in the Gouf flight test type test that was being conducted based on California? I made an MS with “if” specifications. I made it by interpreting the leg rocket gun, the gatling of both arms, etc. to my liking based on the HG Gouf flight type base. The coloring is MSV pink. Since it is a test machine, a lot of decals from ZEONIC are also attached.
Comparison with MSV old kit image
Rocket gun ①
The fluffy hagi is a part of the flight unit, and I think that it is better to attach the rocket gun externally than to build it in terms of space and maintainability, so it is a plastic part
Rocket gun ②
Photo after painting etc. The connection with Fukurahagi is a 3mm plastic rod.
Triple 35mm Gatling ①
The thing in the kit is a single part with three barrels, so remake it thicker and bigger with a plastic pipe etc. Also, since it is equipment for the left hand in the first place, the base of the scope has been remade on the left and right.
Triple 35mm Gatling ②
A commercially available lens part is attached to the scope, and a shield with the base of the 75mm Gatling removed is set.
Spare magazine ①
Make a spare magazine and holder with commercially available parts.
Spare magazine ②
Set on the left and right hips following the Gouf heavy-duty type (the photo is for temporary fastening with masking tape). 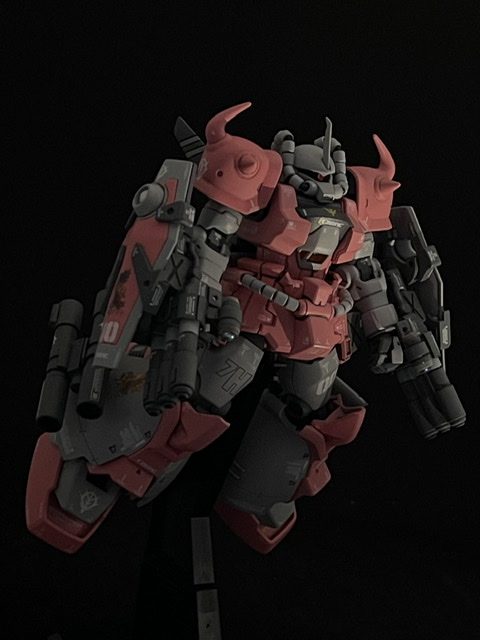 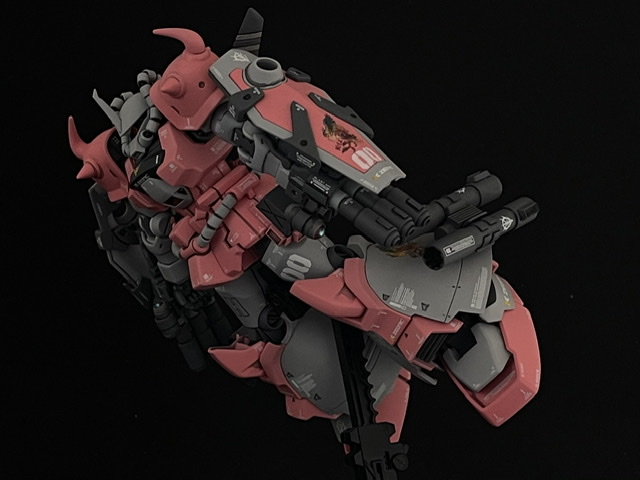 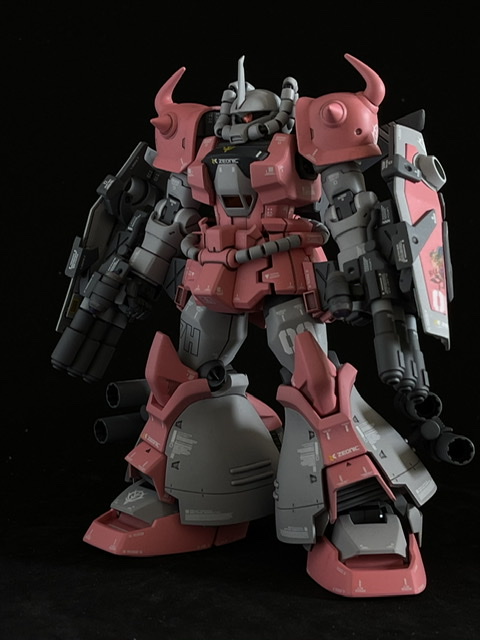 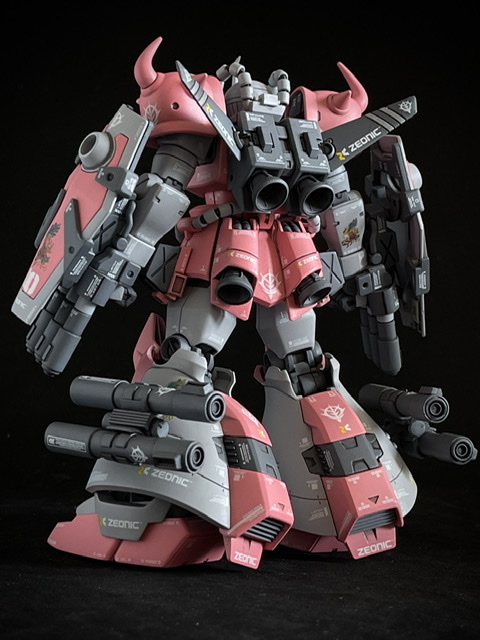 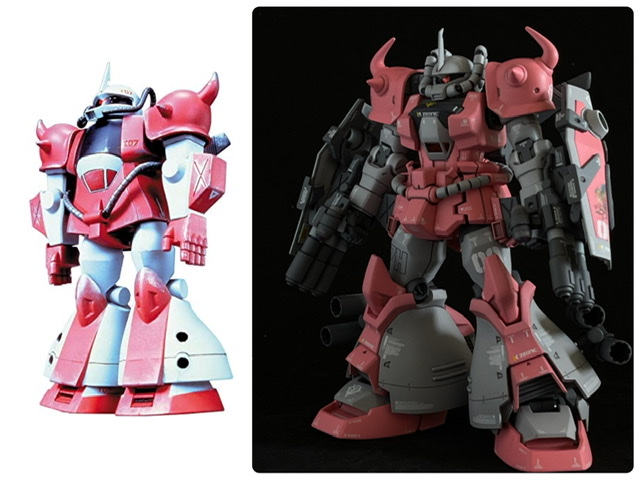 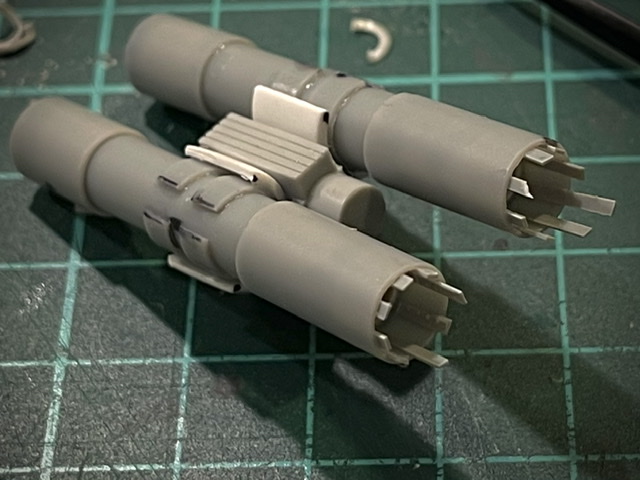 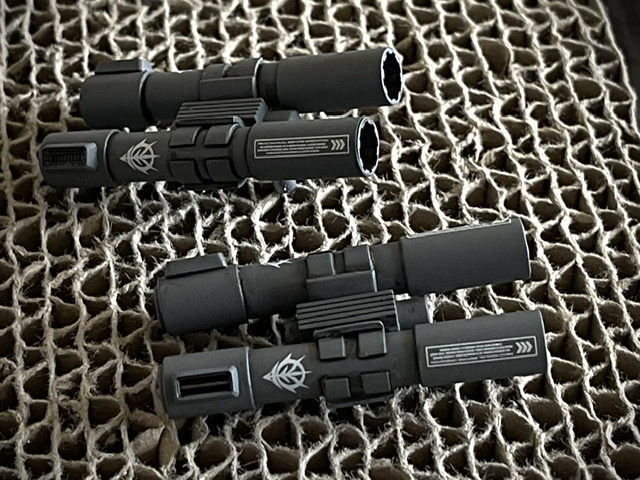 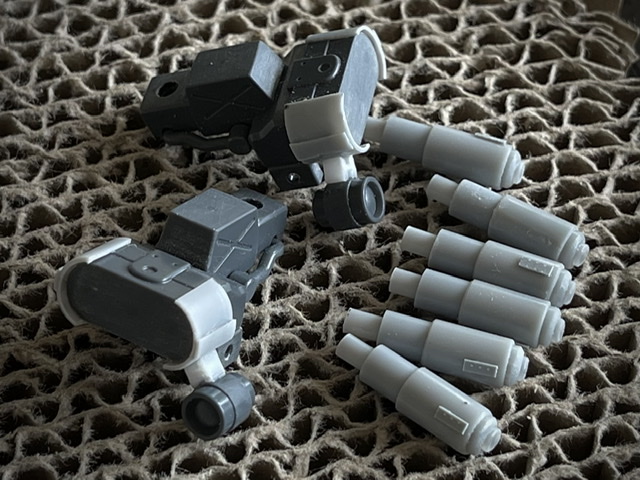 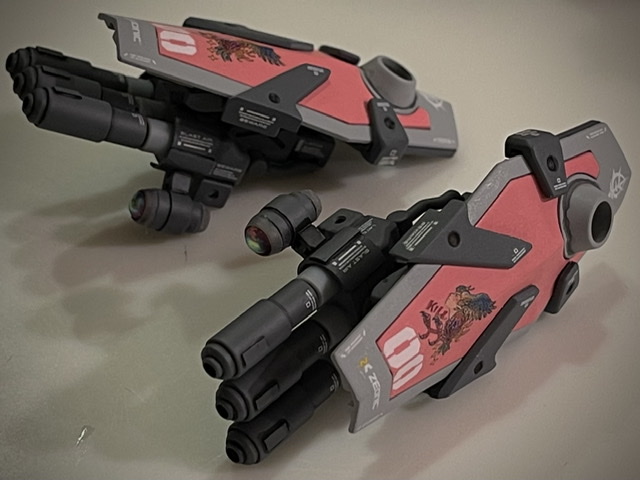 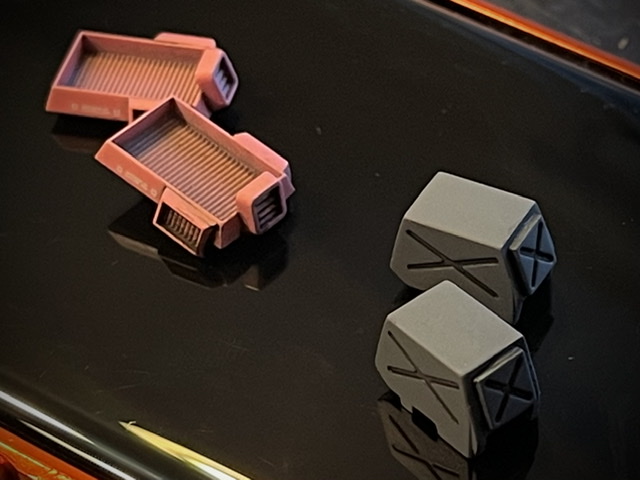 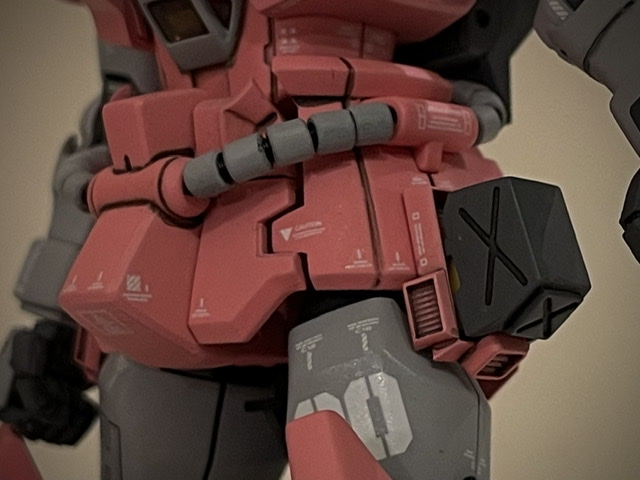