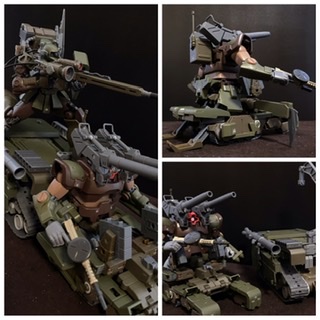 After the end of the One Year War, the Zeon remnants who remain or are left on the ground and operate on the ground. They were also repairing, refurbishing, and operating the remaining ground MS. Among them, there was a dom-type MS that stands out.

The basic state of this machine is that the front MS part based on Dom and the rear unit that was the carrier for transportation are connected. Each is equipped with a generator and can be operated individually. Therefore, in the connected state, it will have generators for two machines, and even if the MS is mounted on the rear unit (loading platform part), the maximum speed of 120 km / h (faster than YMT-05 Hildorf!) Is obtained.

The pilot is Lieutenant Emily Langheim
She was commanding a small unit in Odessa. The upper body of this mecha is the MS and commander MS that were on board at that time, so communication performance and armor were enhanced.
When she withdraws from Odessa, she organizes and commands her troops to protect the withdrawing friendly forces, but her own dom’s lower body is wrecked. However, since the place where the wreck and the seat were wrecked was right next to the withdrawal route of the friendly army, the withdrawal of the friendly army will be supported until the “remaining” end. She was originally a lieutenant and had excellent commanding ability (her subordinates who received Dom, could immediately form a palace unit, and followed her). ..
She was injured and was the last friendly unit to pass by her, running out of ammunition. They use their own craft warfare Zakutank (with shovel arms and cranes, whose main task is to dig trenches and install or remove mines) to retreat her dom.

She looked up at the flying HLV and decided to stay on the ground with them left on the ground, after which she would join the troops led by Volker Ende and act together.

Loading platform part
After merging, it will be operated as a “house” of a unit with a total of about 50 people. Although it can fight as an MS, it is basically packed with supplies (containers containing various equipment, ammunition, etc.), tents, and simple hangers necessary for unit operation. Imagine the wires and hooks that extend from the crane with your own eyes.

Separated state
Since each is equipped with a generator, it can be operated independently. Initially named “Dom Tank”, it was renamed “Dom Panzer” at her strong request. Although it is possible to maneuver in both the connected and separated states, it is operated as a gun fighter as it looks. By the way, she is a person who wants to be on the front line.

Rear unit
At the HLV launch base, the carrier unit used to bring supplies into the HLV was refurbished by engineer mechanics who are familiar with their arms
Originally, it is a carrier unit that diverted the lower body part of the early type of RTX-65 Guntank adopted by the Earth Federation Forces more than 10 years before the One Year War.

Corporal Zaku is now equipped with a beam sniper rifle that his companions have purchased from somewhere for this operation. However, Zaku carrying a huge generator on his back is very heavy, and it is difficult to maneuver by itself, so it is listed in this Dom Panzer.
Corporal Jork Hammond Zaku equipped with a beam sniper rifle. The firepower is high. However, it also included a 10 to 15 second charge (more than 20 seconds in some situations) and cooling for each shot. Is necessary. Basically, barrel replacement during battle is not considered. The Eagle Eye system, which is a feature of this machine, is still alive.

Dom Panzer MS Department
The large caliber cannon equipped on the shoulder stands out. Since it was forcibly attached, the accuracy of the hit is low. Therefore, grenades such as HE bullets and HEAT bullets are loaded. In addition, it is equipped with two triple missiles and a Zaku machine gun on its right arm, which it had been using before receiving the dom.
When shooting a large caliber gun, deploy the anchors of each part of the mecha to improve stability and accuracy. 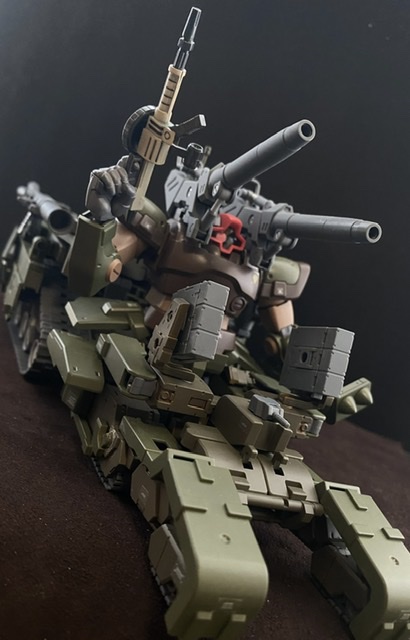 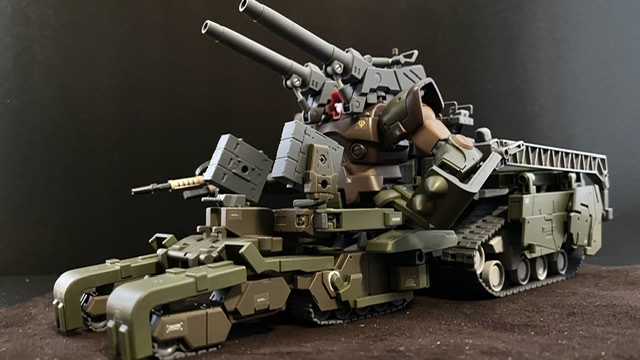 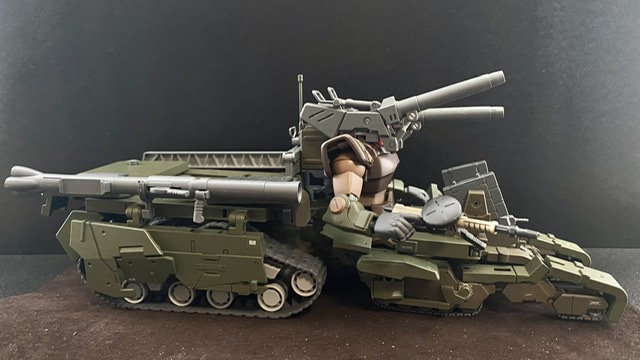 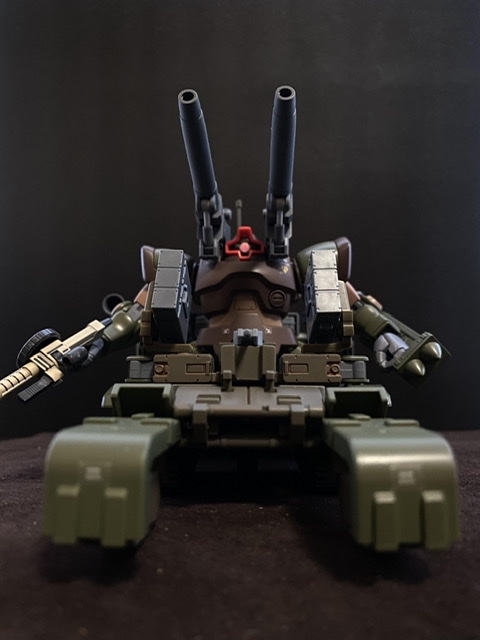 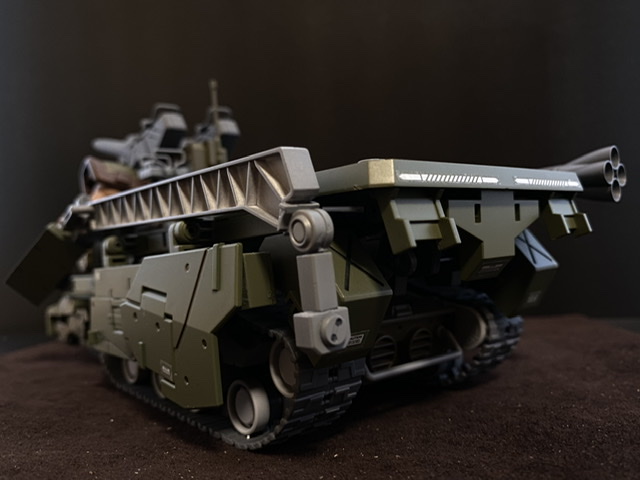 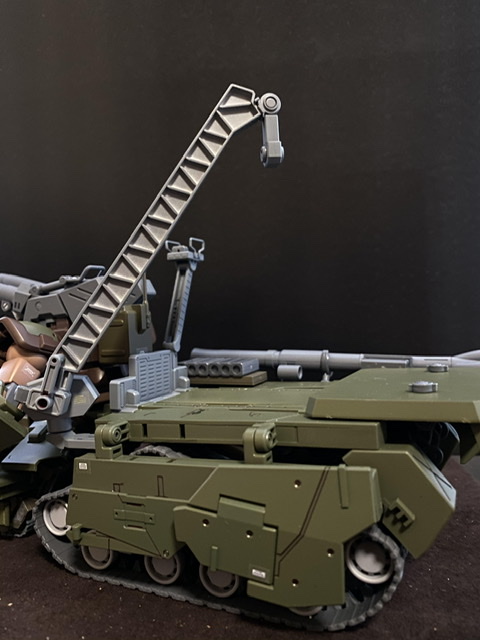 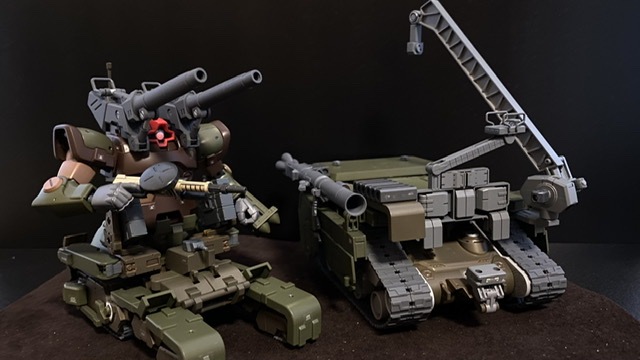 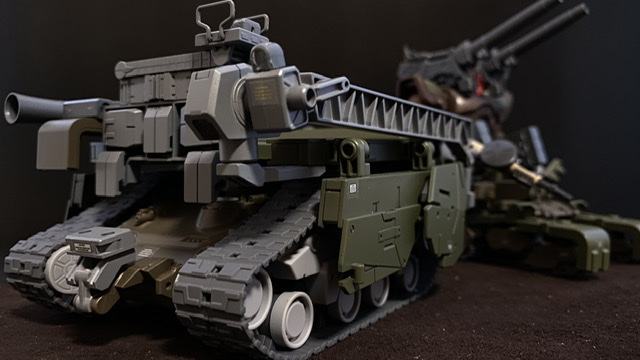 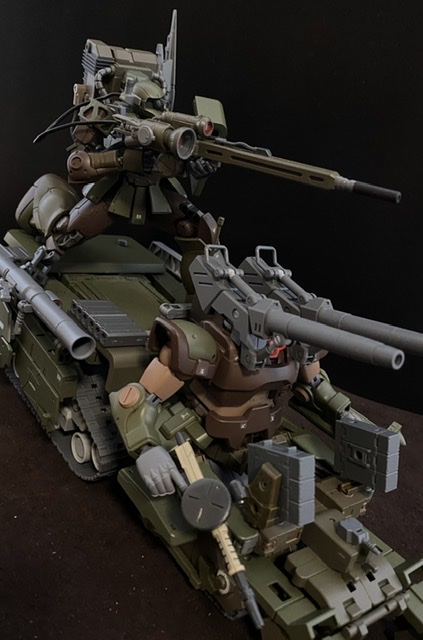 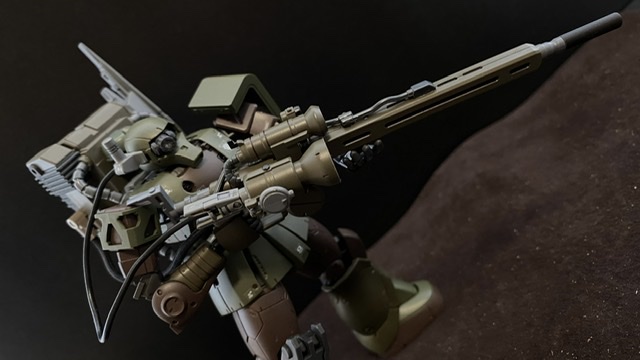 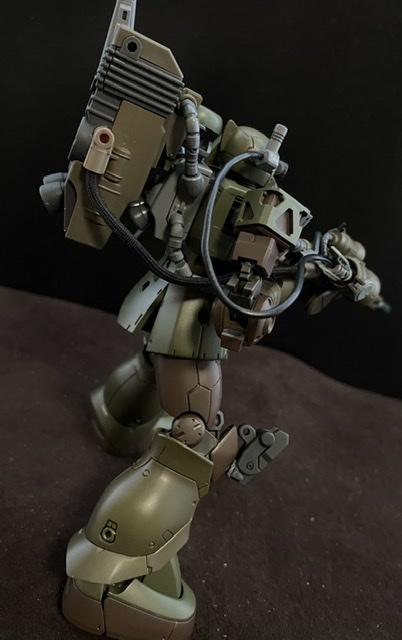 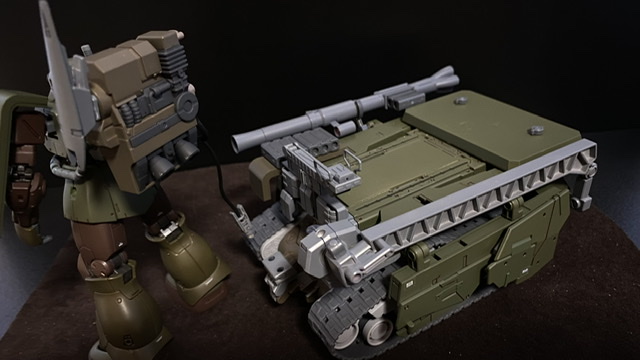 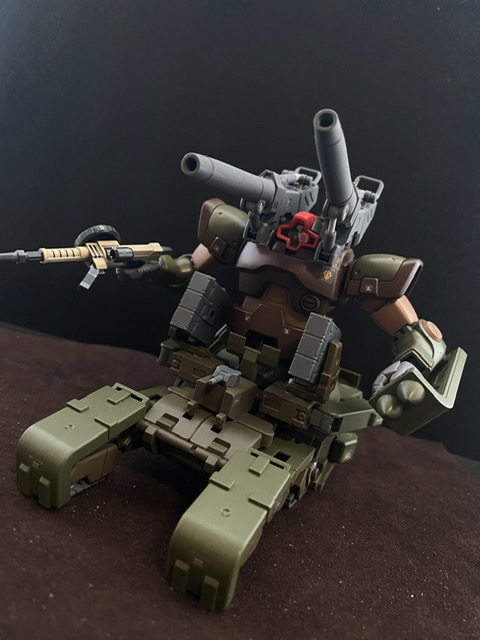 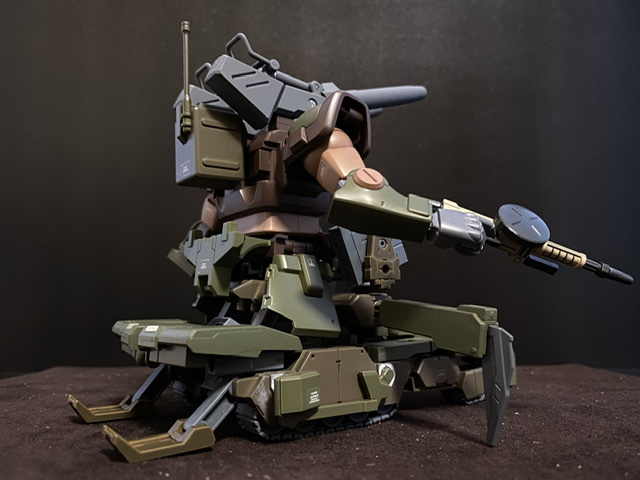 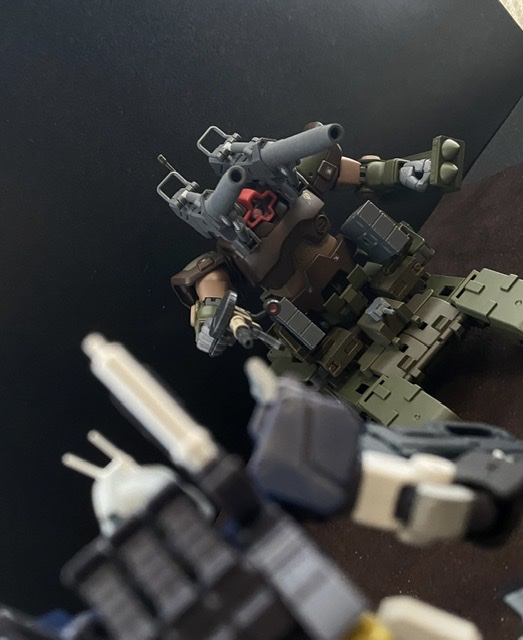 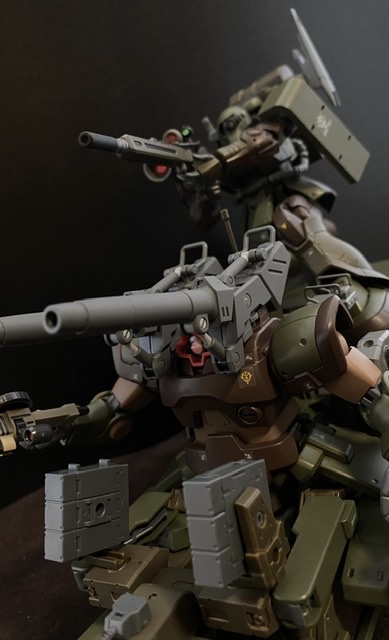 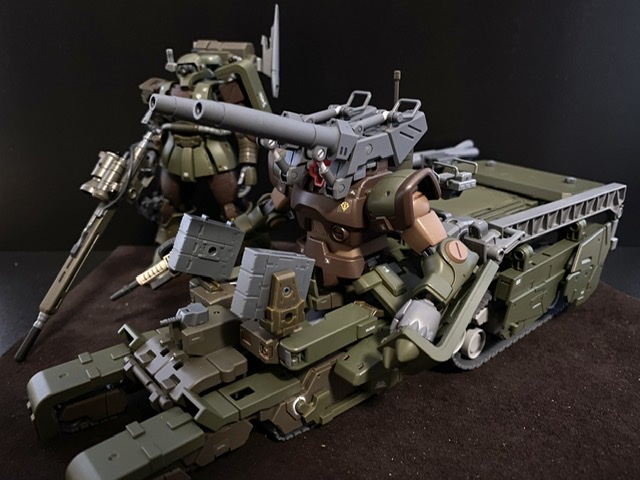