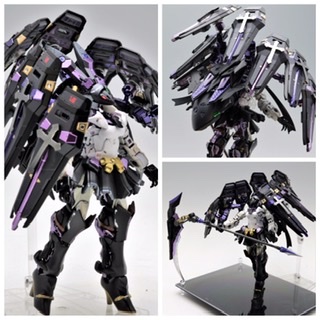 Participating in the 24th All Japan Orazaku Championship
Based on RG Astray, this series has a female design with an animal motif.
This time, I will use “Inle’s Black Rabbit”, which is a symbol of the death of rabbits in the British children’s literature “Watership Down Rabbits”, which is the motif of the Advanced of Zeta (AOZ) MS. Expressed in.
When making such a work, first select the animal that will be the motif, and think about the girl and job (occupation).
Just while I was thinking about the idea, I just got the information that a new job using a sickle in FF14: Reaper will be implemented, so I chose it as a motif.
As for the character race, a race called Viera, which has rabbit-like ears, appeared in the PV and was used as a reference.
The biggest feature is 8 shields
The shield imitates a casket, and I think that anyone who understands it will understand it, but the design of the god of death persona “Thanatos” operated by the main character of Persona 3 is a homage, or a round puck, and reproduced with Astray’s shield. ..

It is in a normal state with disarmament.
Since the motif is a rabbit, the head parts of the rabbit-like Woundwort and the parts of the jinx are reproduced as if they were ears.
The skirt is made by collecting multiple RG Wing Zero Custom sneaker parts on the skirt.
The legs are browned in places like boots
The heels are slightly higher than the Nobel heels.

The back is also attached with a Woundwort image of the tail of a rabbit.
The twin tails use a china g’guy ribbon.
The shoulders of RG Astray will inevitably become wider and will feel squid. For this reason, the frame has been modified so that the shoulders of Mobile Doll Sarah are addictive, and the shoulder width is close to that of a girl-type plastic model.

I made a big sickle by modifying the tip of Magano Ikutachi and Trikeros Kai to make the weapon composed of Astray parts as much as possible.

For the shield, I put numbering decals on all eight pieces and made a cross using the mold of the resin accessory to give the feeling of a casket.
The shield operates flexibly with a ball joint, and all are devised so that they can be arranged neatly by adjusting the angle.

It’s hard to see in the photo, but the mold on the back of the shield was solid, and it was hell to paint all eight.

By the way, the girl’s motif is the Accor that appears in DOD3. 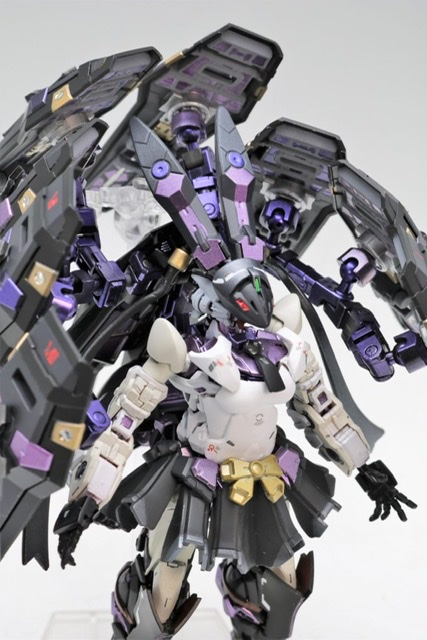 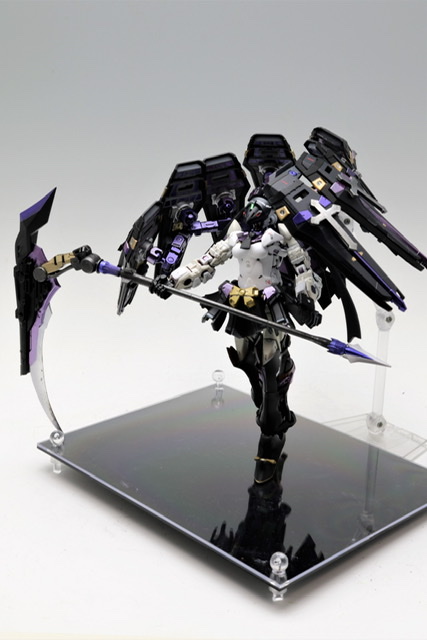 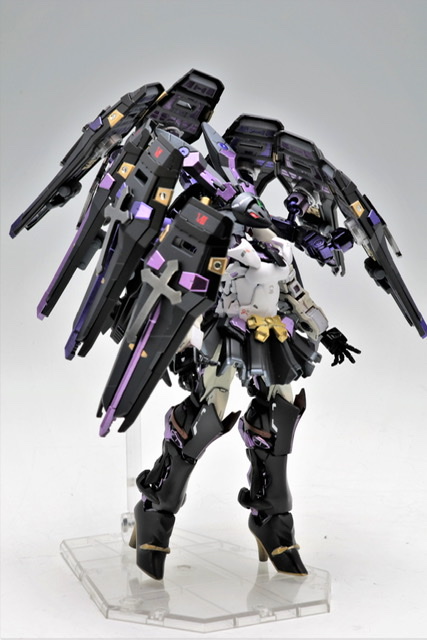 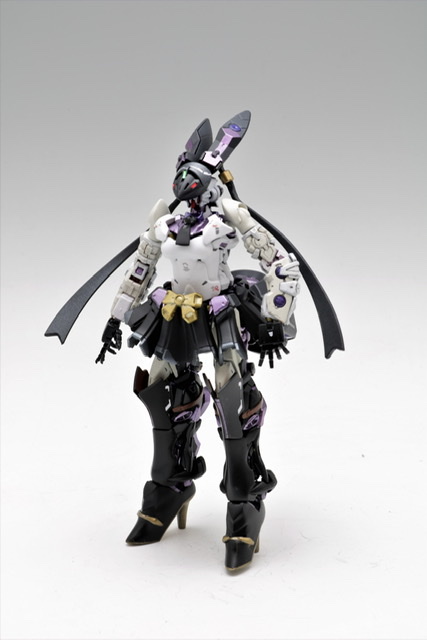 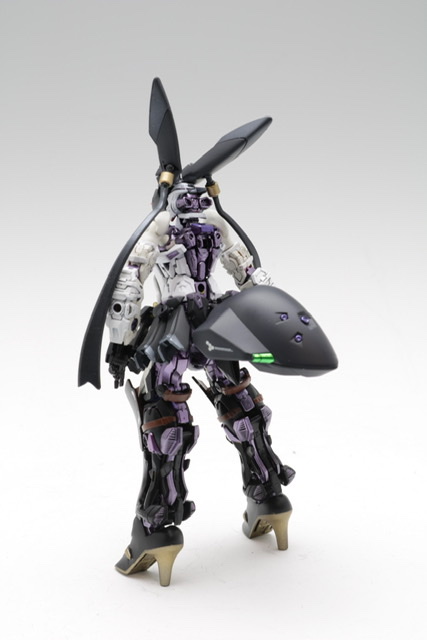 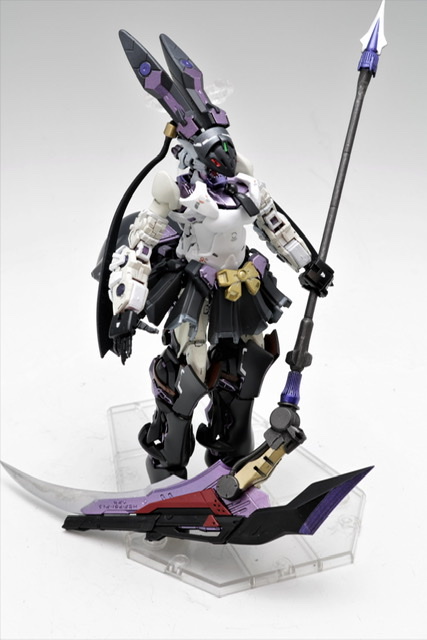 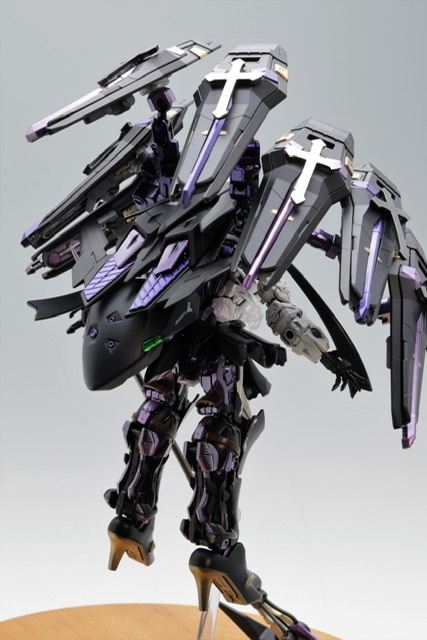 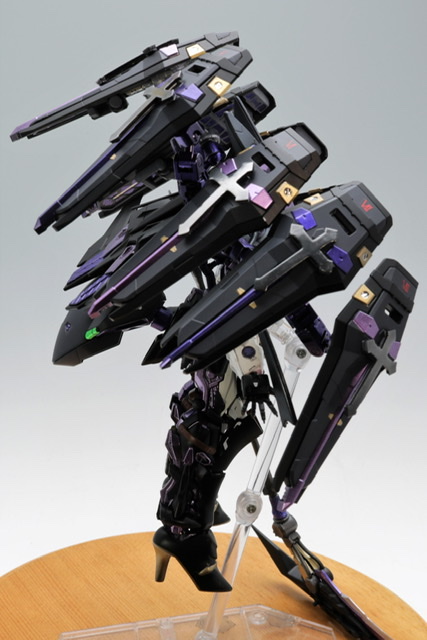 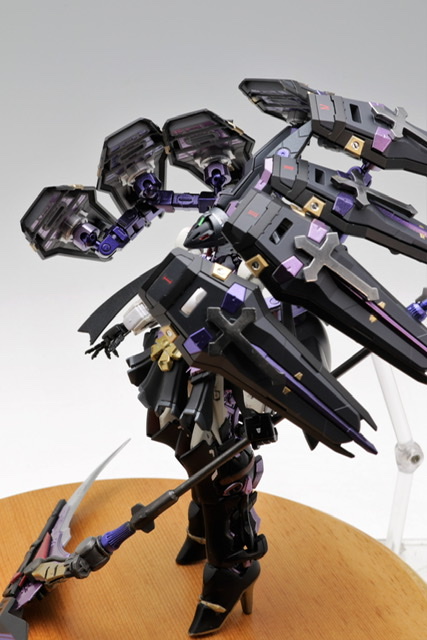 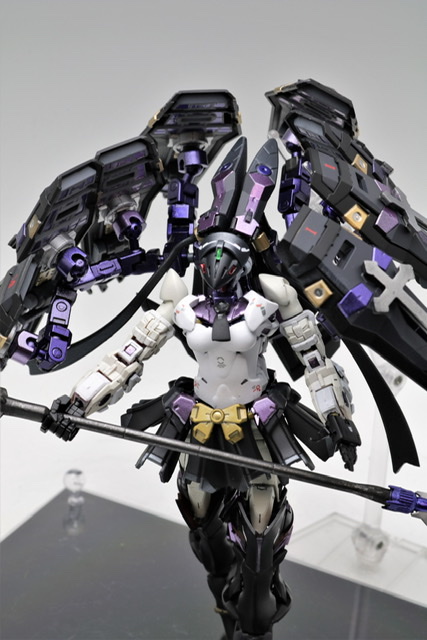 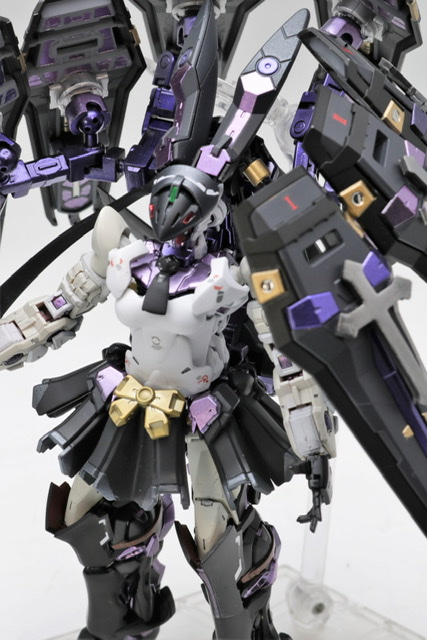