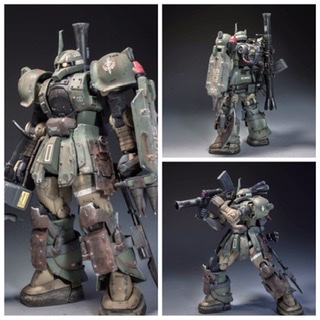 “To not die. To not die.”
As a captain, he is assigned a state-of-the-art MS and a new MS, but each time he hands it over to his subordinates and recruits. The reason is to increase the survival rate of his subordinates and recruits as much as possible. That said, he can’t die himself, so he uses a custom Zaku 1 that was first provided. Although he calls himself “Zaku 1 Custom”, it has not been refurbished in the integrated maintenance plan. A so-called “magically modified” MS with armor and parts retrofitted. It is a delusional MSV that has come to be called “Scarface” because of the scratches on the head.
It is equipped with additional armor in various places, but for the additional armor on the legs, the fixed band of the broken triple missile pod is reused, and the steel plate buried in the corner of the warehouse is processed and attached. On the side of the lumbar region, a member that seems to be some kind of armor plate is processed and attached as additional armor.

I got a prototype backpack of Zaku high mobility type from somewhere, repaired it for ground use and installed it. It has improved the overall thrust.
As for the shield, I have a Zaku 2 shield on hand, but the protection area is too narrow, so I welded steel plates to increase the protection area.

Shooting armament ②
ZUX-197 Yakto Gever
Suspended on the back.

This time, I tried to remake the “Zaku 1 Scarface” that I created at the beginning with the technology I am currently using. The last photo is two shots with the scar face I made earlier. We are feeling the improvement of our technical capabilities.
… Each part has been extended too much, and it has become considerably larger than the original size.

Almost confirmed specifications.
In the end, the shoulder armor of the HGUC Zaku 1 fits best. 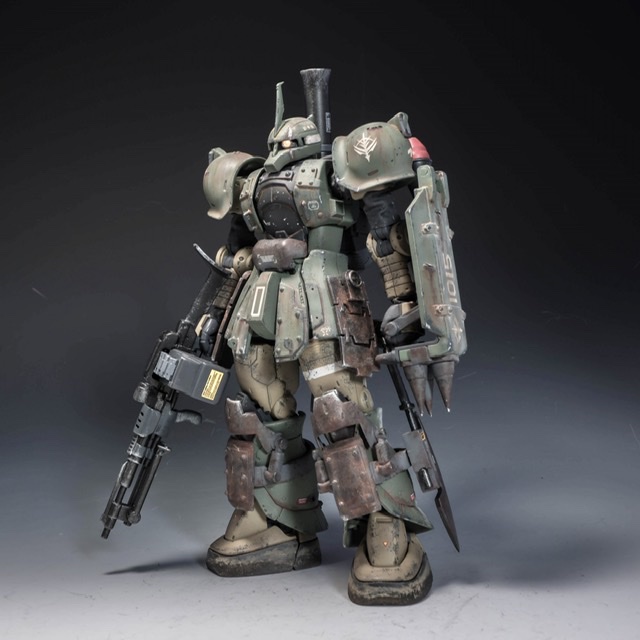 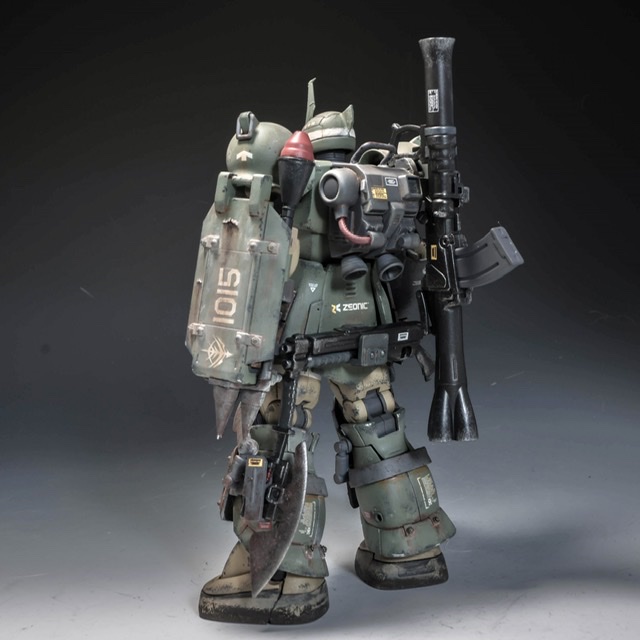 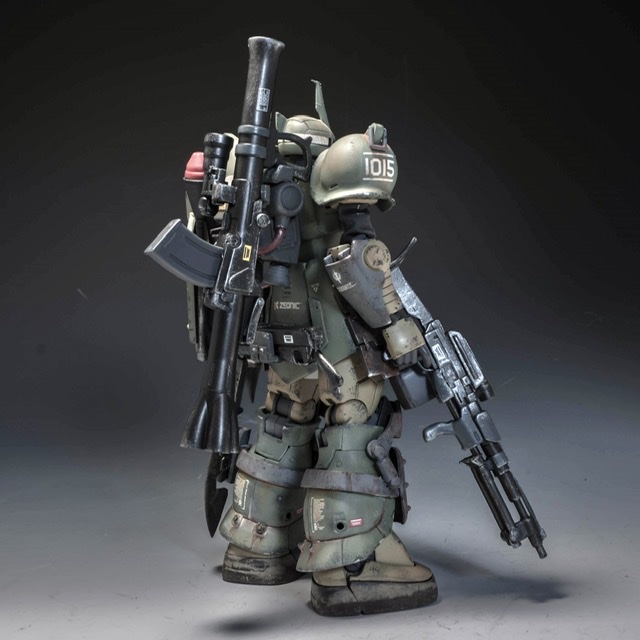 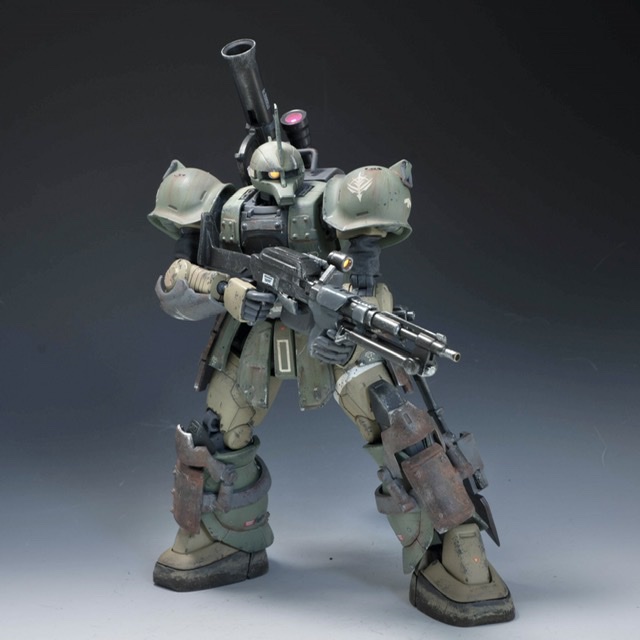 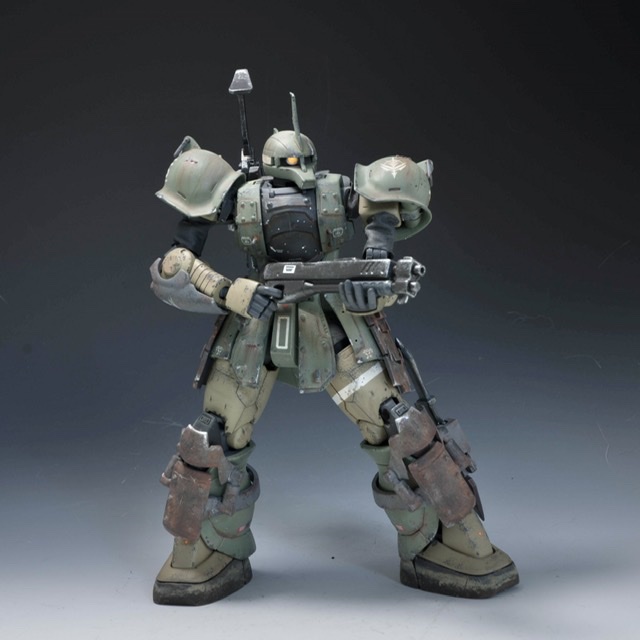 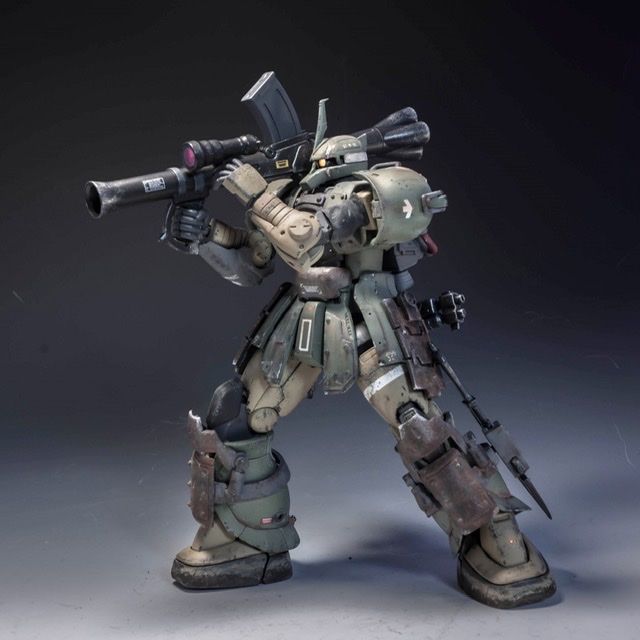 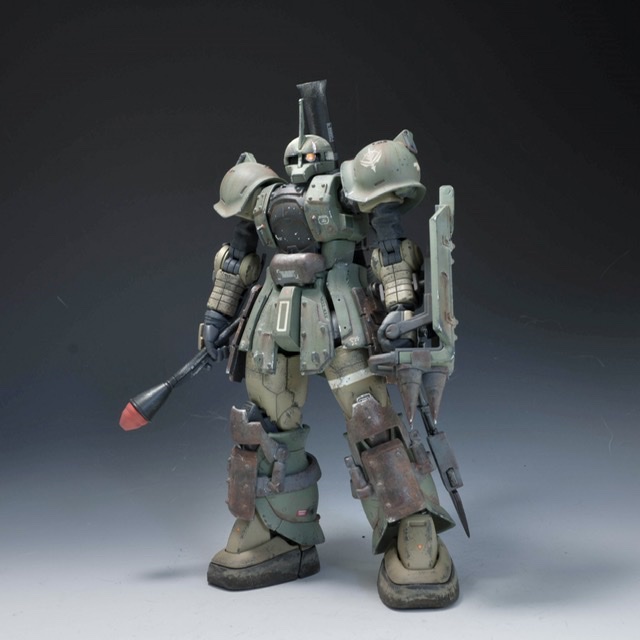 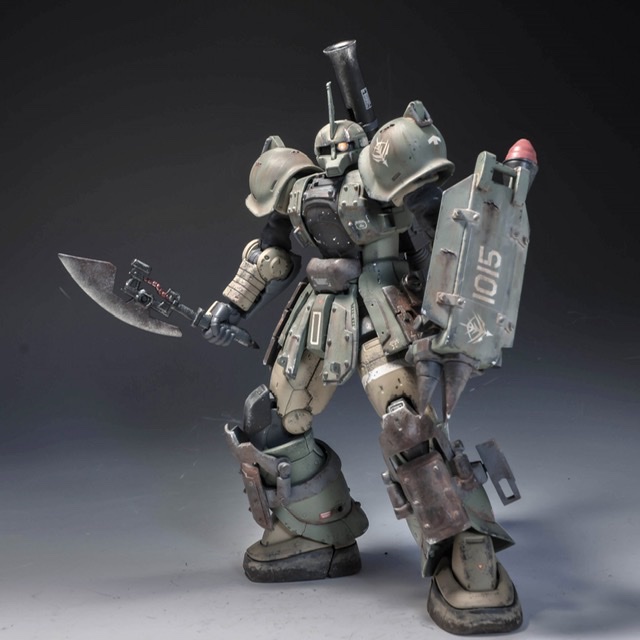 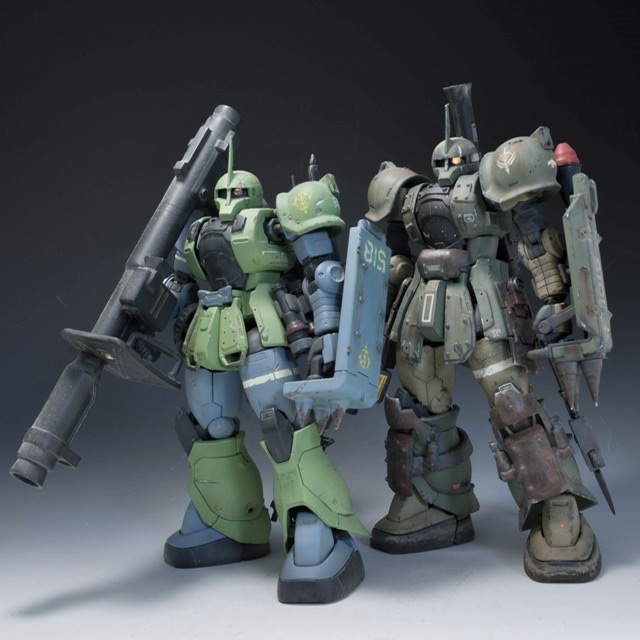 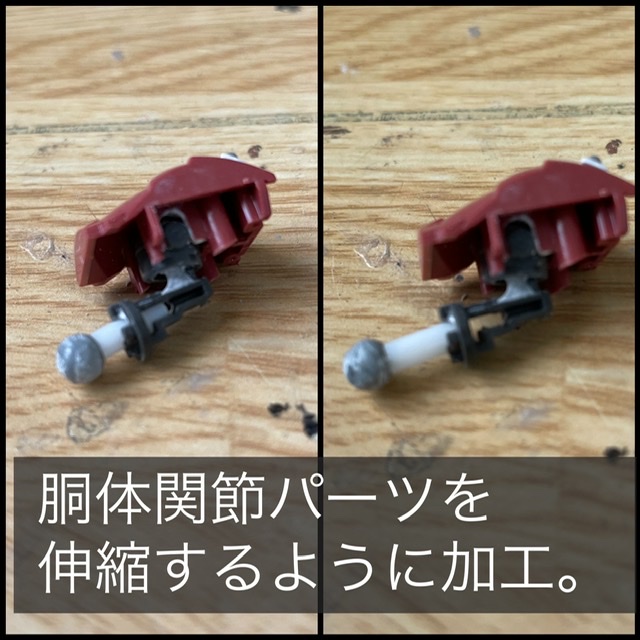 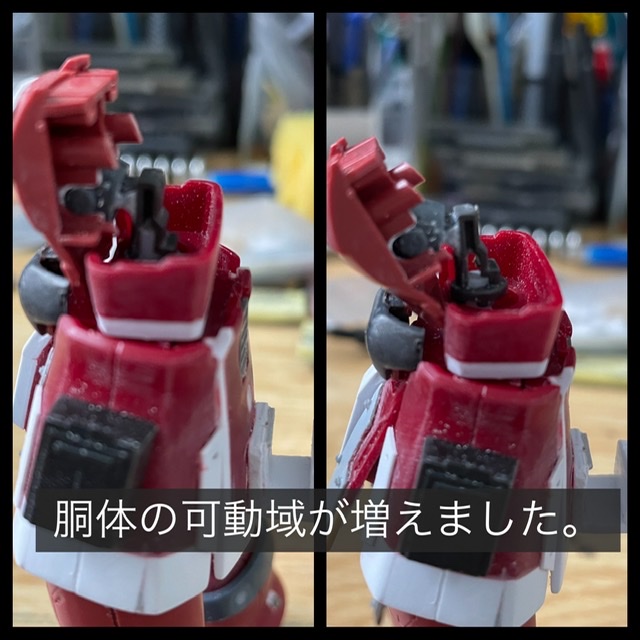 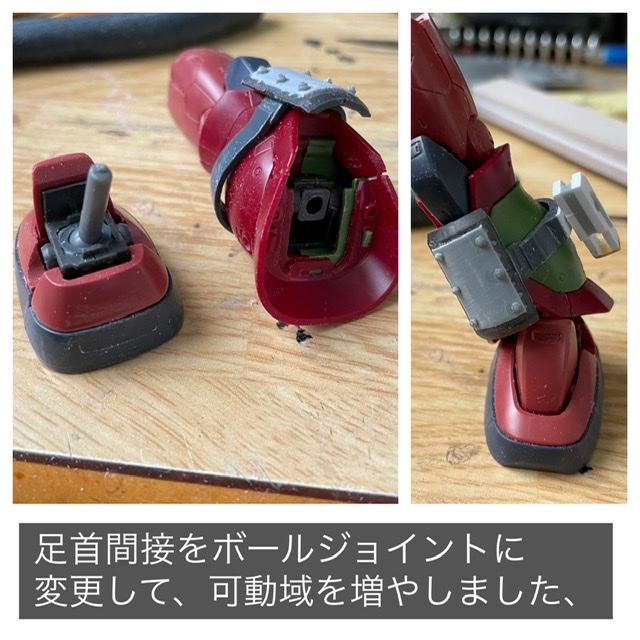 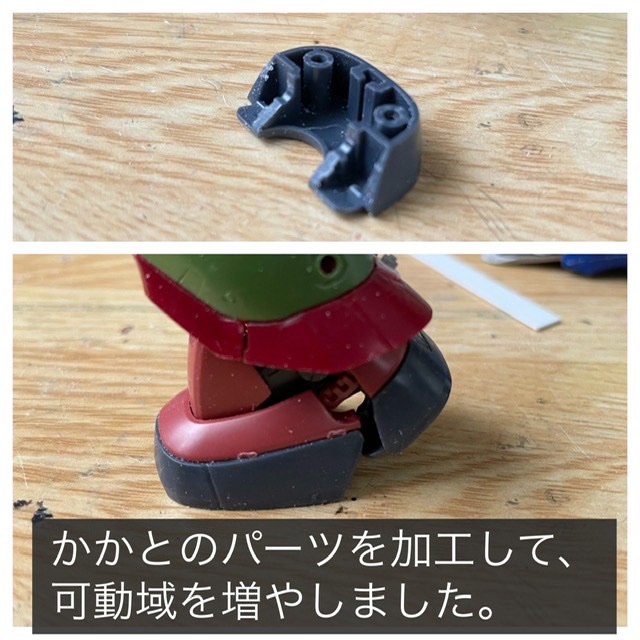 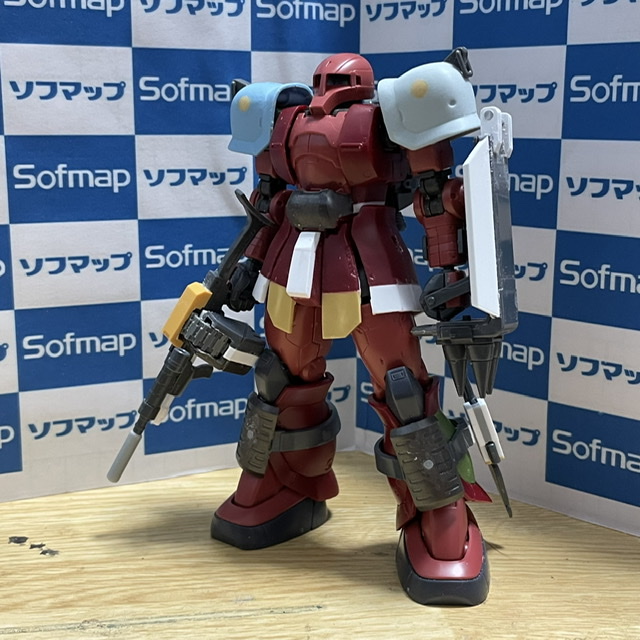 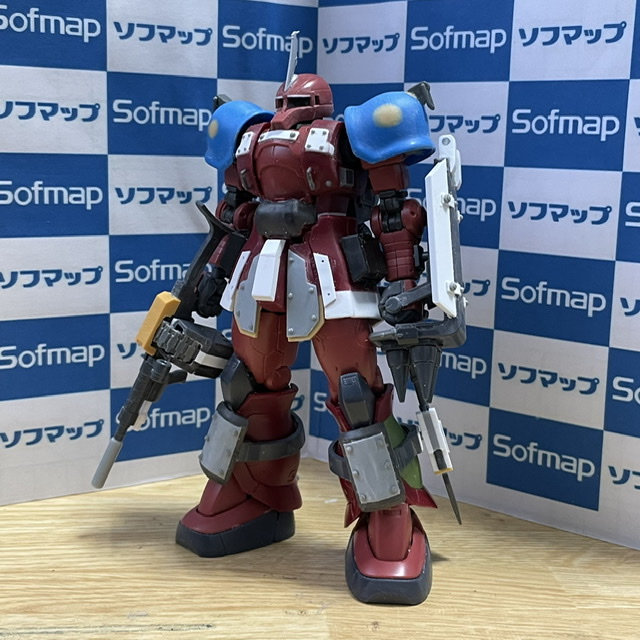 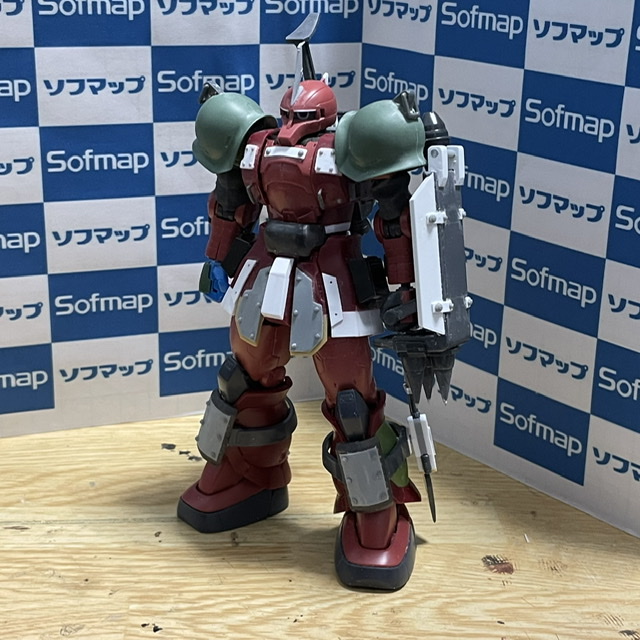