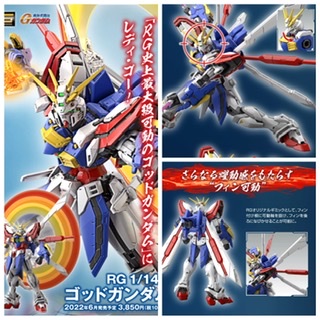 RG 1/144 God Gundam to be released in June 2022: many images and full item description

Description of item
From “Mobile Fighter G Gundam”, God Gundam appears in RG.
At RG, we are pursuing the highest range of motion by dropping the structure of the human body as a proof of the actual machine.

“Thorough pursuit of human movement.
Introduced a mechanism that can move greatly back and forth and left and right on the body.
Equipped with elastic gimmicks for shoulders and arms, ensuring a range of motion on the sides.

A 3-axis movable structure is used for the neck. The chin can be pulled, the sled can be moved, and the face can be pushed forward.

The expansion and contraction of the muscles that occur in the human body when bending the knee is expressed by denting a part of the back peach parts.
In addition, the knee armor uses an axis that sinks, and the legs are closer to the ground, making it move like a human body.
Arms that are particular about the poles

Inner peach
Considering the design of the internal axis, the shoulders and peaches swing to enable natural arm-folding poses.

Wrists and shoulders
Advanced MS Joint
Introduced advanced MS joints on shoulders and wrists. It uses a mechanism that allows the arm to be positioned in a natural position.

By introducing a multi-axis movable part on the waist and a slide mechanism on the hip joint, it is possible to kick up the legs while flipping up the waist front armor.
A new mechanism is used to move the toes, allowing the feet to touch the ground while opening the legs almost horizontally.

Movable fins for even more dynamism
As an RG original gimmick, a movable shaft is provided at the base of the fins, making it possible to make the fins flutter behind. 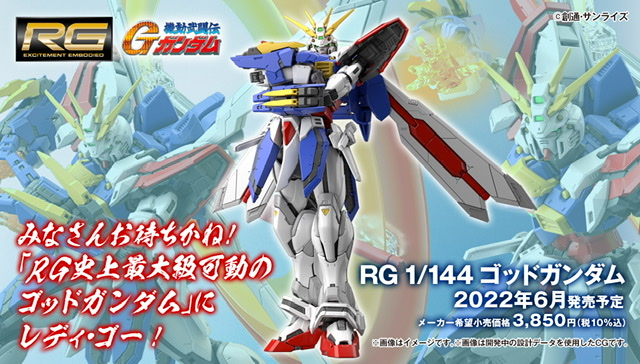 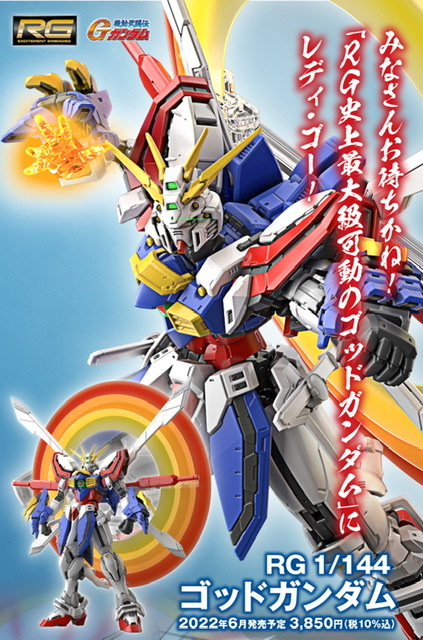 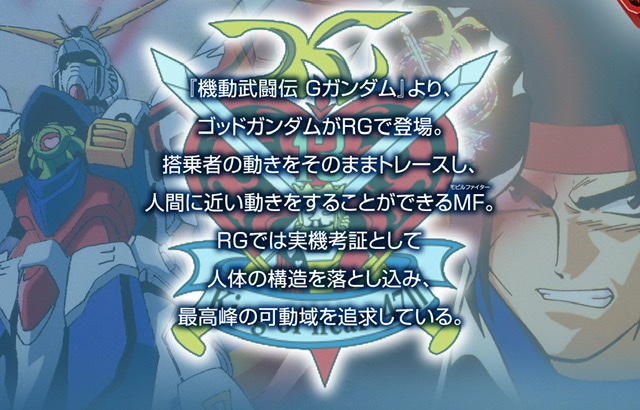 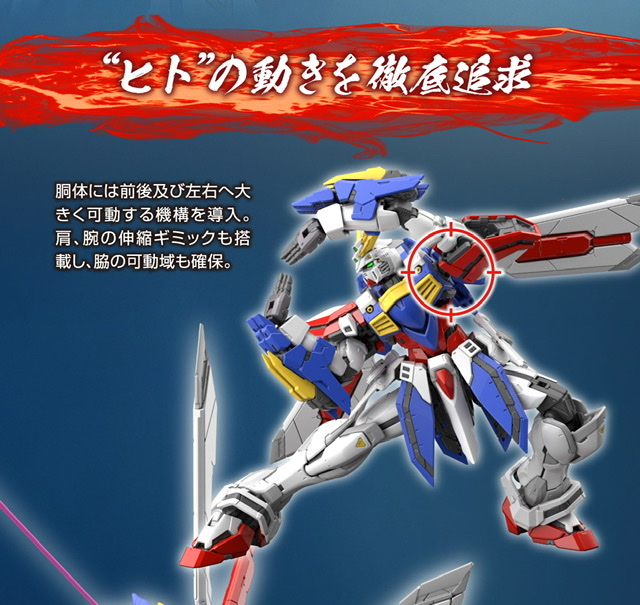 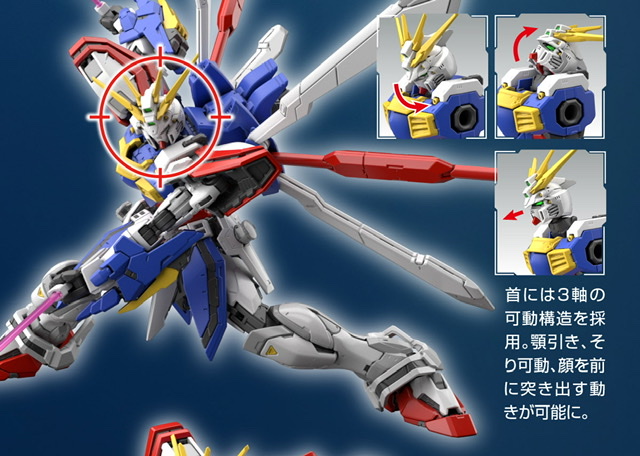 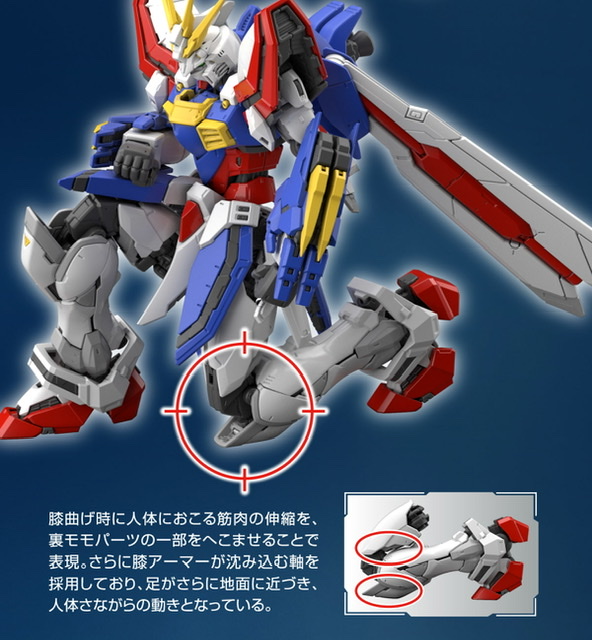 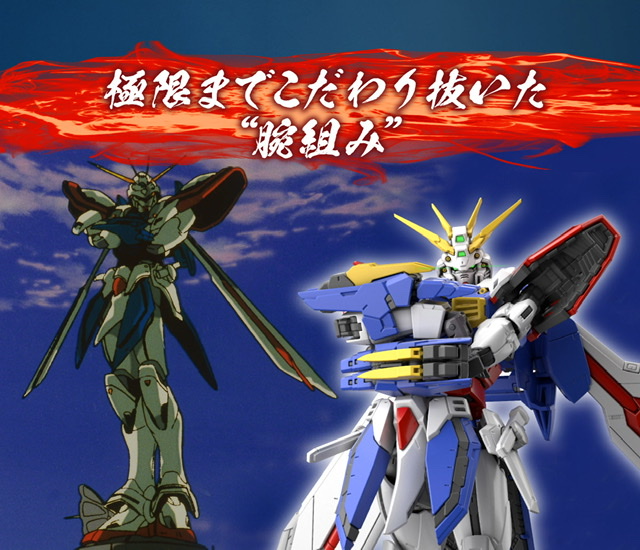 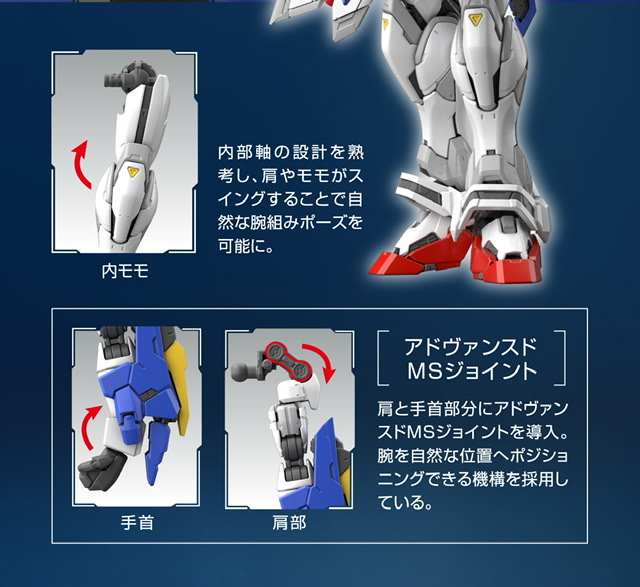 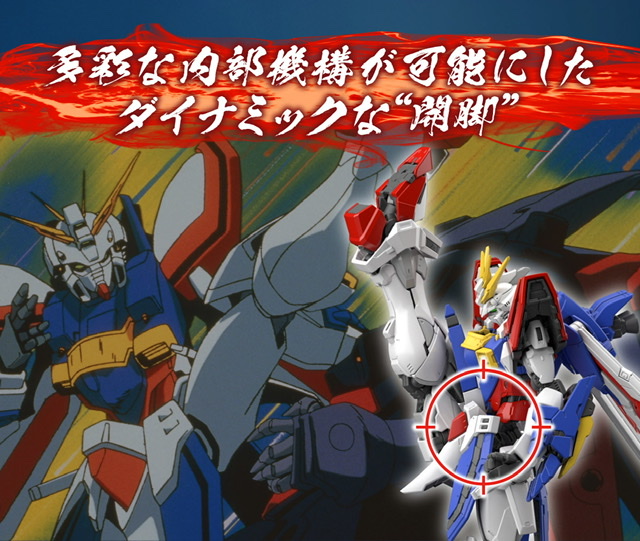 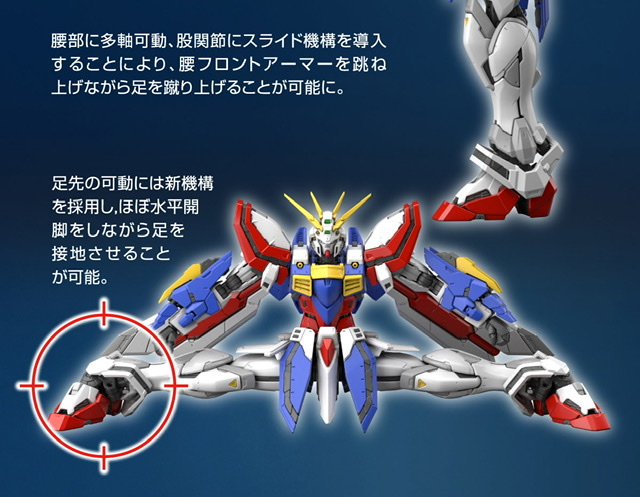 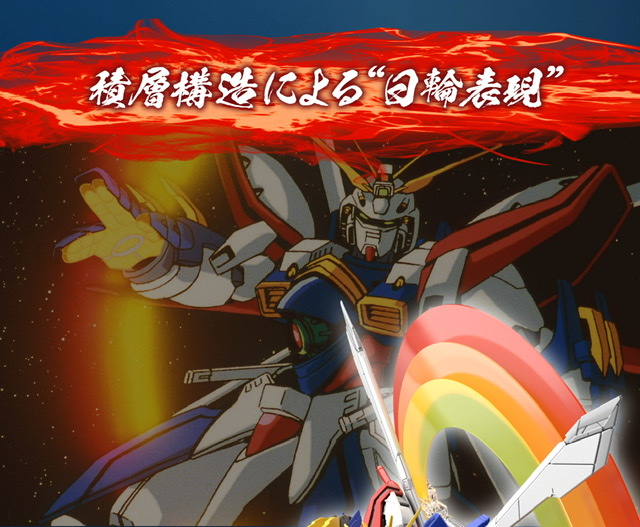 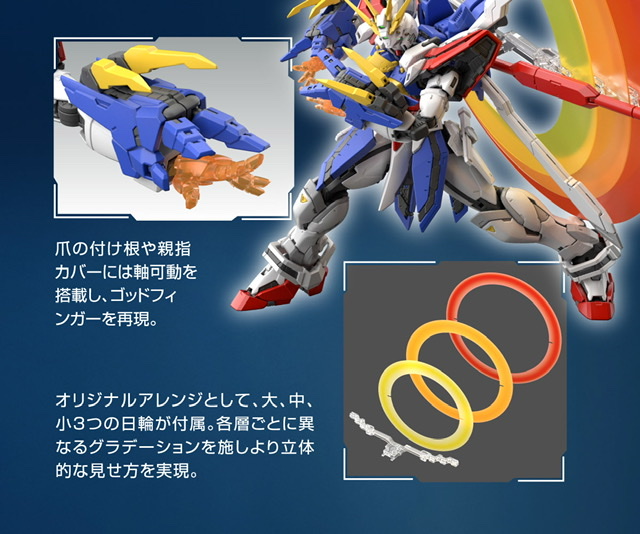 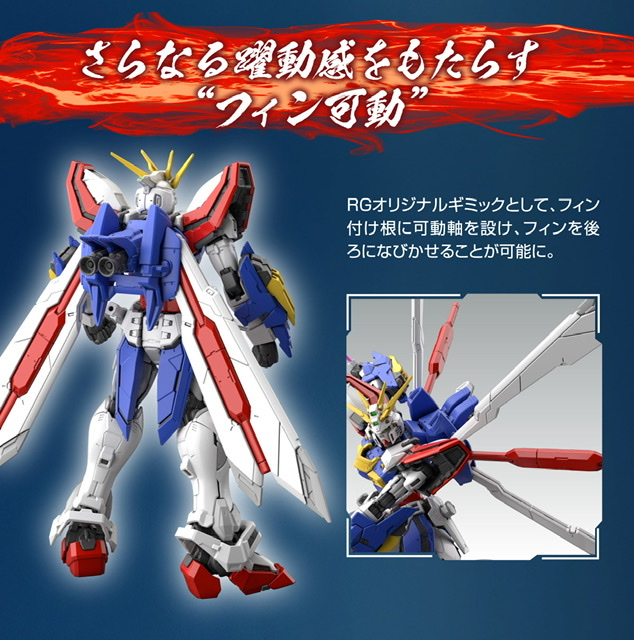