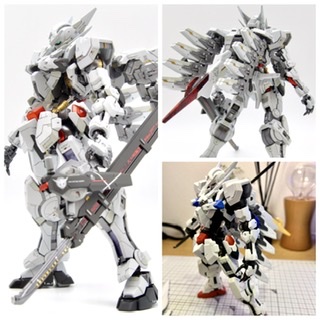 It is a work participating in the “Iron-Blooded Celestial Being” project on Twitter.
It is a mixing & original (?) Machine for a long time in myself. I thought about the setting, so please enjoy it if you like.
World line setting is based on 00.
The historical background is A.D.2292. Around the time when development experiments such as armament by the 2nd generation Gundam started. It is shaped like a Gundam frame equipped with an Astraea exterior.
As it is a test operation machine, Astraea is selected so that the MS can be switched between trial color and weapons for general purposes.

The solar furnace is not installed for the Ahab reactor test operation. Multiple GN capacitors are mounted on the back for the purpose of using GN particle armament and GN particle power diversion test to Gundam frame armament.
Considering the affinity with the original MS, the sword that was originally armed and the rear remote control blade are GN coated and diverted.

“GN-Blood system”
Although it was confirmed that there is a system called “Eighth consciousness system” that dramatically improves the MS performance in the spec analysis, it cannot be used from the viewpoint that inhumane treatment is required for Meister.
As an alternative function, it is equipped with a function to create a pseudo Eighth consciousness system state by injecting highly compressed GN particles into the frame.
The GN particles become reddish when compressed, and the shoulder armor of the MS expands accordingly, and the legs and other parts emit red light, so this is tentatively called the “GN-Blood system”. (Because there was no concept of Trans-Am at that time.)

The connections around the chest and shoulders are mostly made of brass wire.

The scabbard is a scratch made of plastic plate.

I applied wrap paint as an accent to the armament.

I also tried to improve the details such as adding mesh. 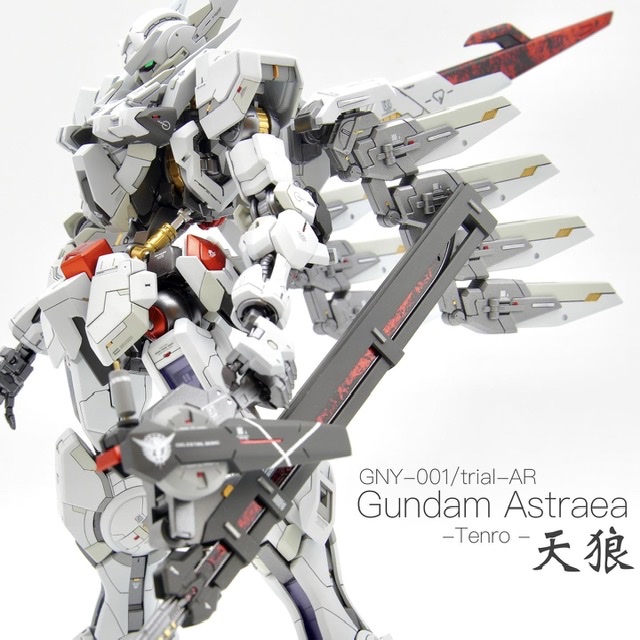 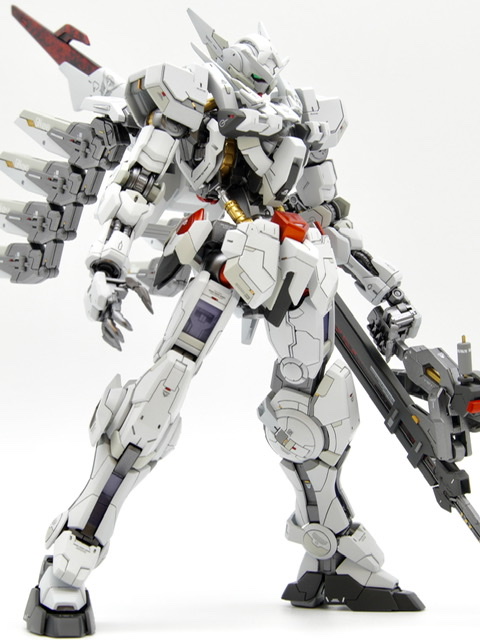 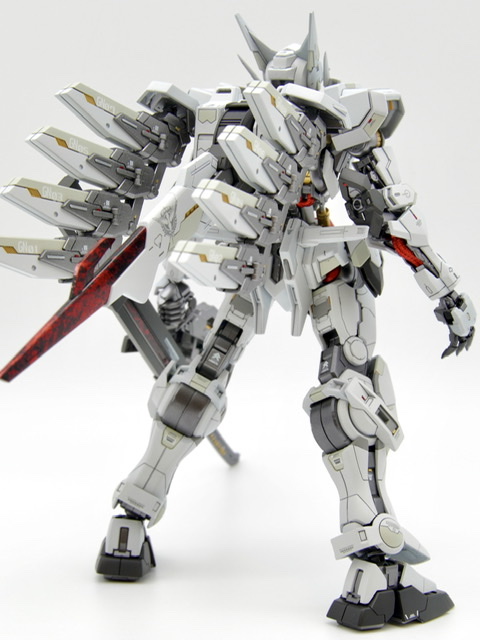 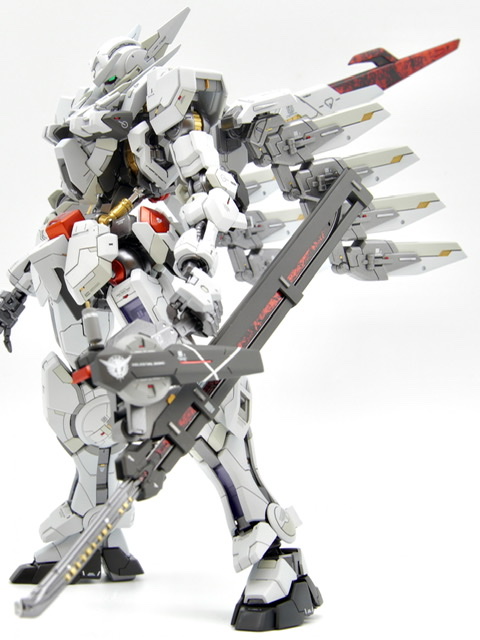 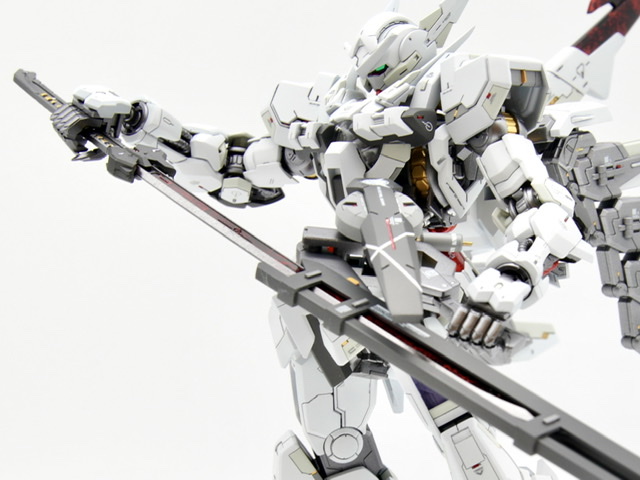 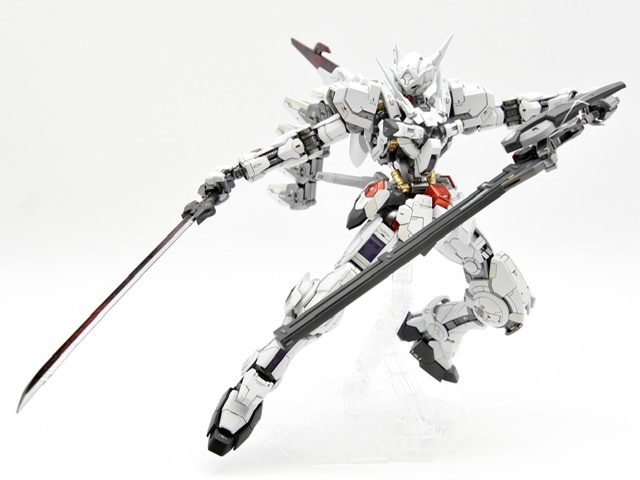 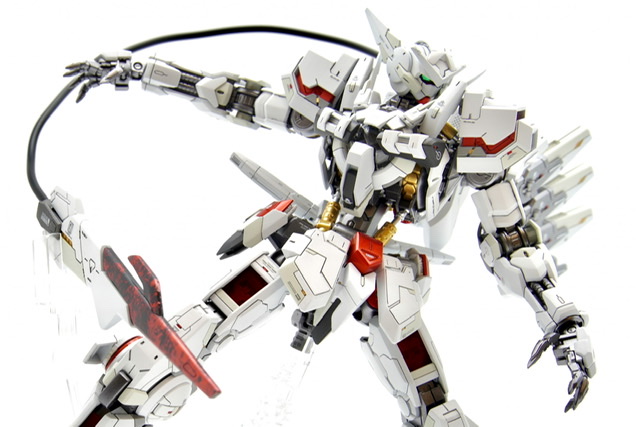 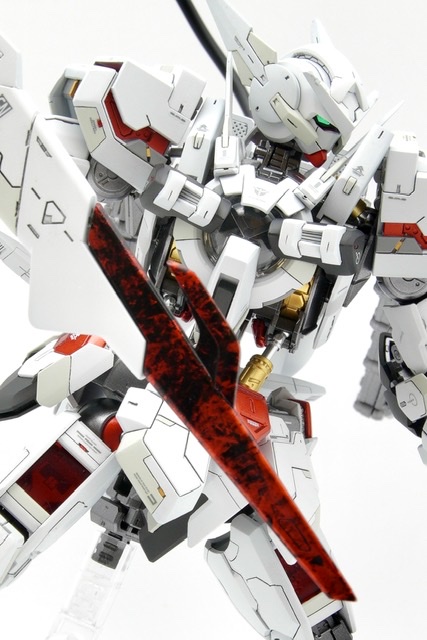 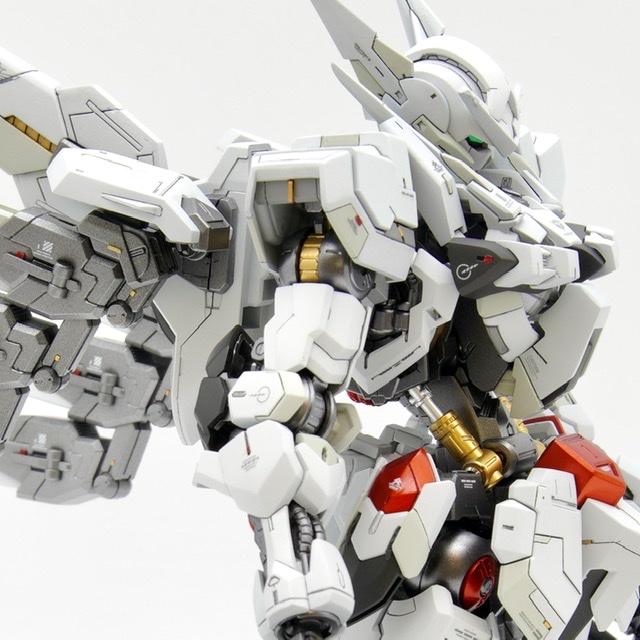 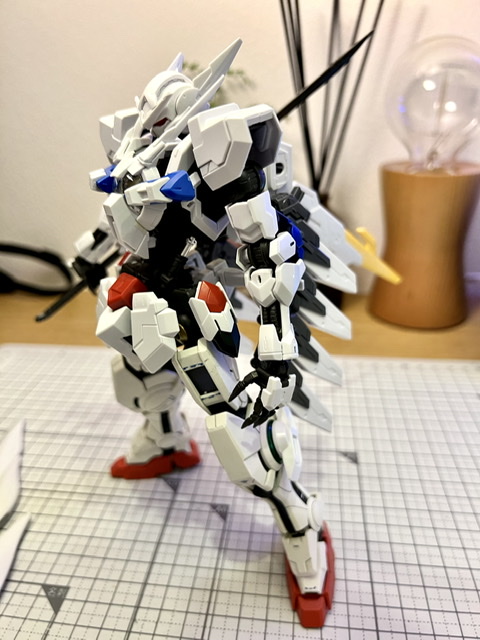 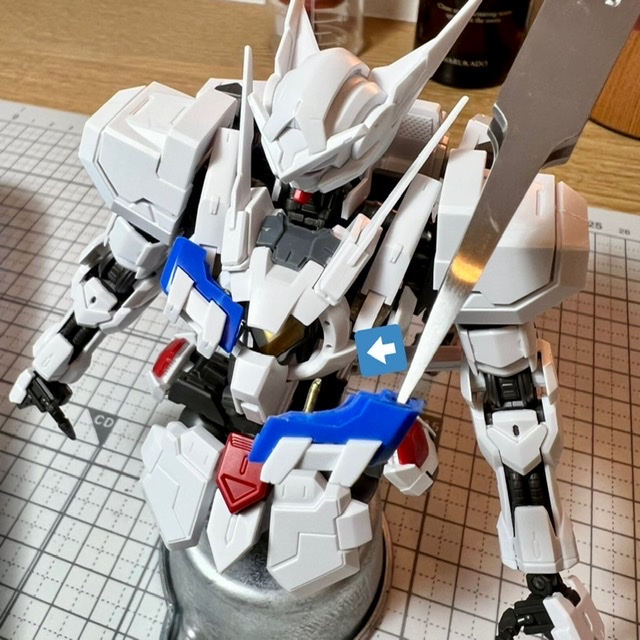 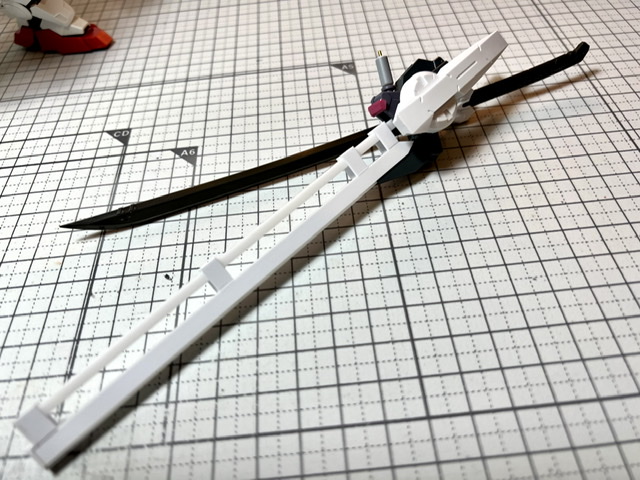 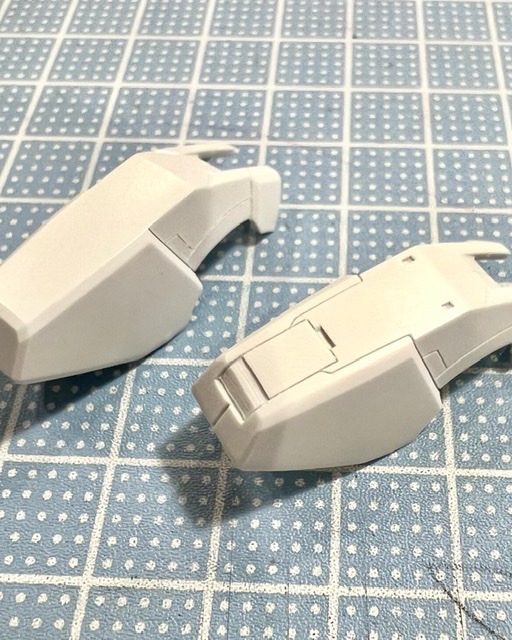 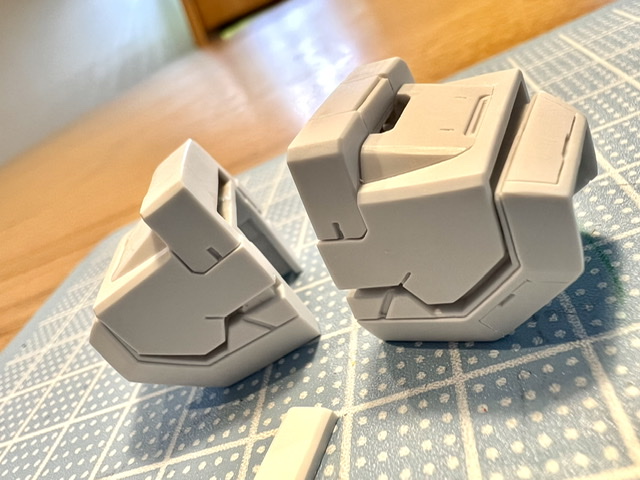 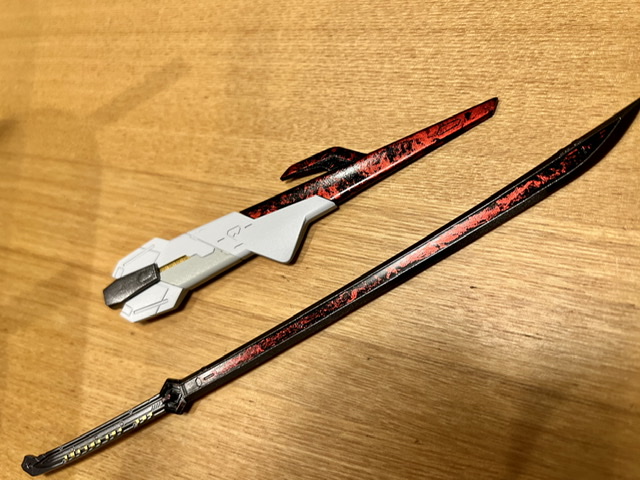 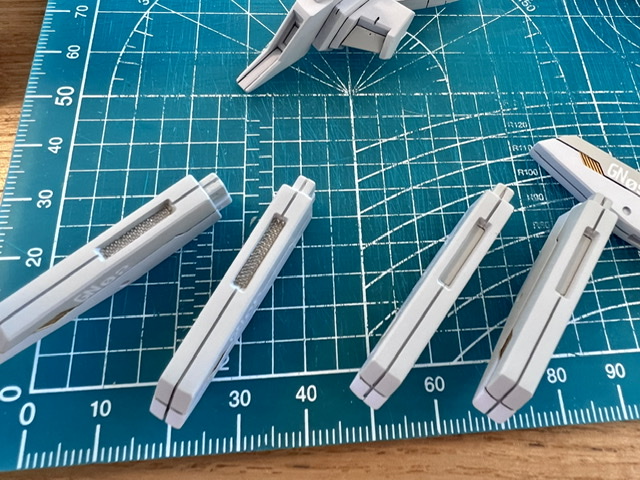 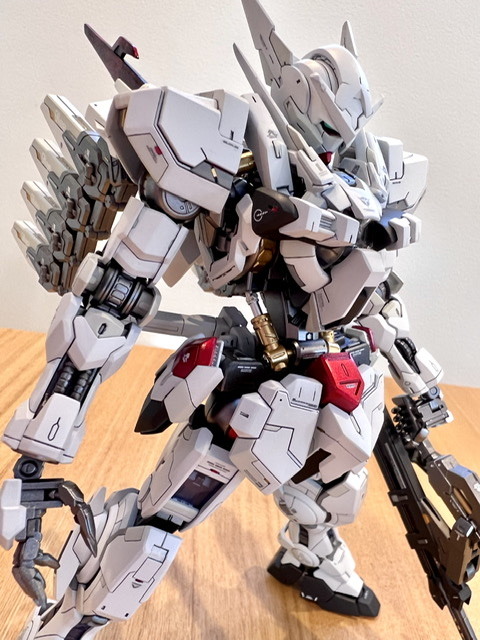