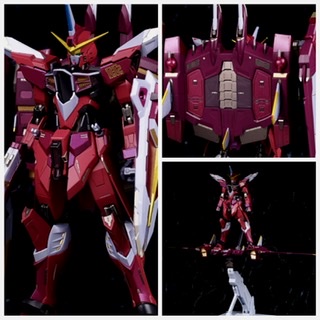 This is the review of METAL BUILD Justice Gundam

Although the arrangement peculiar to the metal build is included, it seems that the original has been slightly improved in detail, the color is almost the same as the animation, so it looks like no habit, the modeling is the highest level as usual and the painting is also very good looking. It was finished well.
As for the movement, the making of Freedom CONCEPT 2 is followed, so everything is good, and the big feature Fatum-00 is also solid in gimmicks such as deployment and fixing at the time of boarding, so it was perfect in terms of play.
It seems that the metal build SEED series has not been decided yet, but it seems that there will be almost no evidence, so I’m looking forward to that as well.

Description of item
Justice Gundam is now available in METAL BUILD!
Justice Gundam, which was active in the latter half of the work of “Mobile Suit Gundam SEED”, is three-dimensionalized with the main body silhouette interpreted from the cooperation with Fatum-00, which is the biggest feature. Fatum-00 has a cloak-like silhouette when mounted on the back, and in the lifter form, the deployment gimmick increases the volume and reminds us of the male figure in the play.

Product details
Justice Gundam is three-dimensionalized with a gimmick, a design arrangement unique to METAL BUILD!
Under the supervision of Mr. Satoshi Shigeta, the chief animation director of “Mobile Suit Gundam SEED”, the main body, Fatum-00, is modeled.
Fatum-00 builds a silhouette reminiscent of a knight’s cloak when mounted on the back.
In the lifter form Fatum-00, the boarding part of Justice Gundam slides out.
Fatum-00, which has been increased in volume by expanding the slides, is reminiscent of the powerful male figure in the play.
A dedicated joint is also included, and it is possible to display the Fatum-00 alone.
The beam saber mounted on the waist can also connect grips.
The beam boomerang on both shoulders can be held by expanding the grip. You can pose with the included beam boomerang effect. 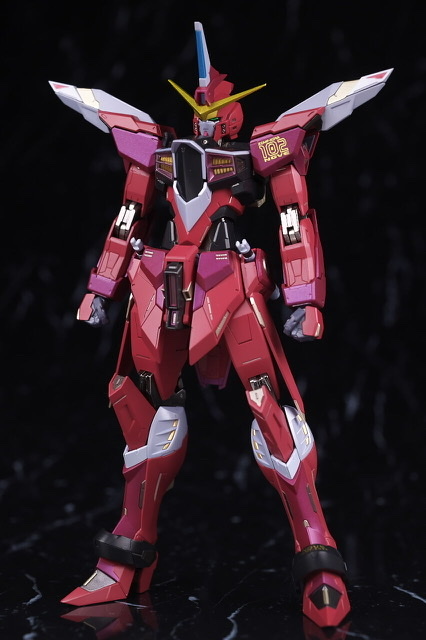 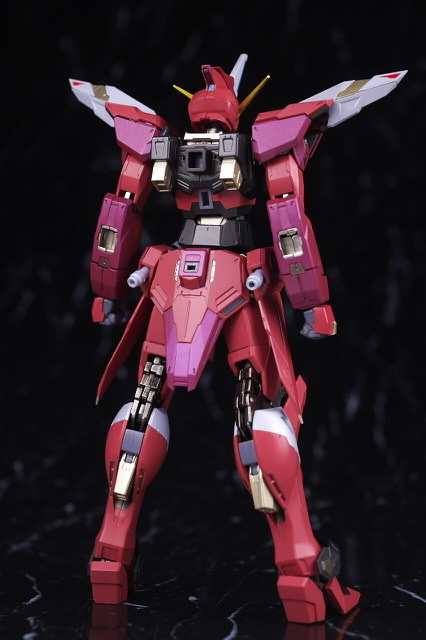 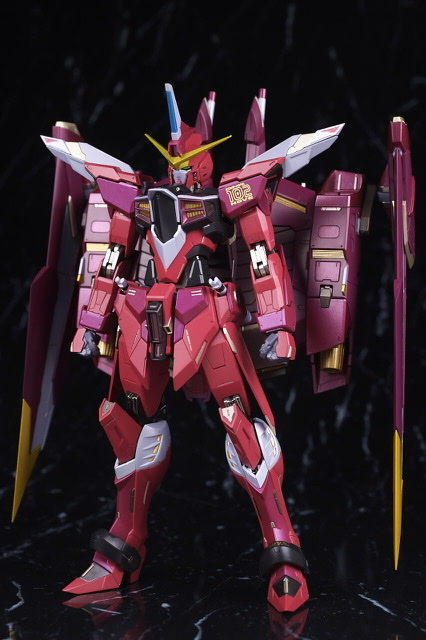 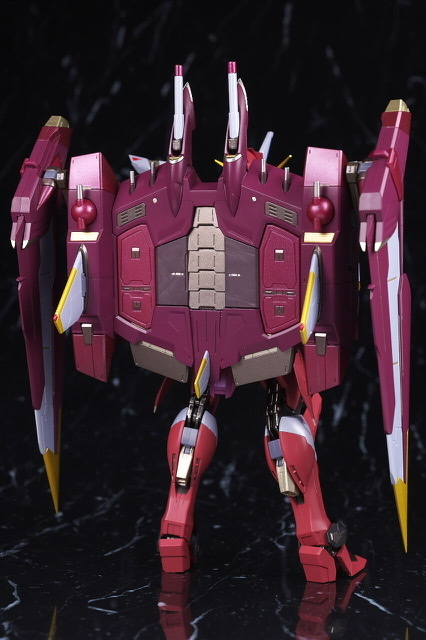 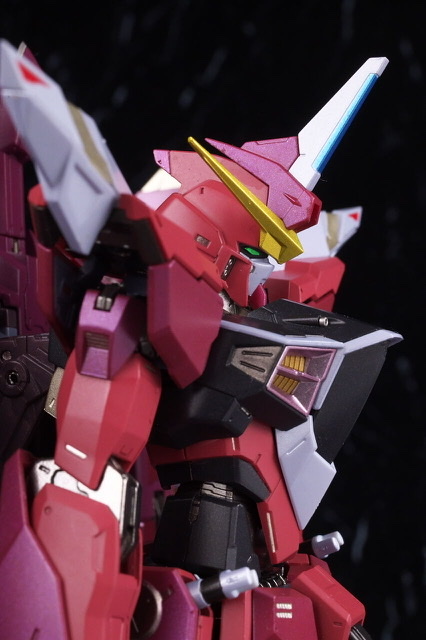 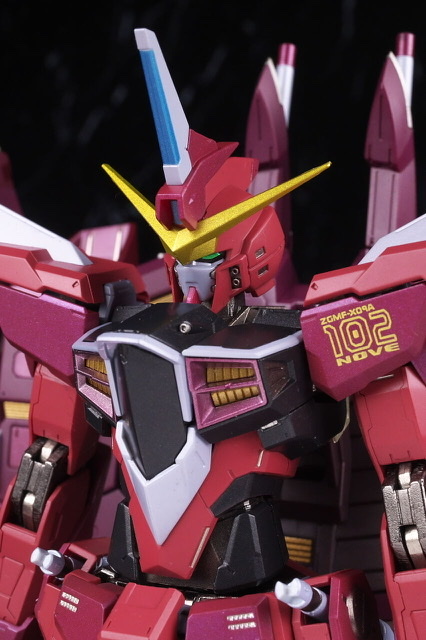 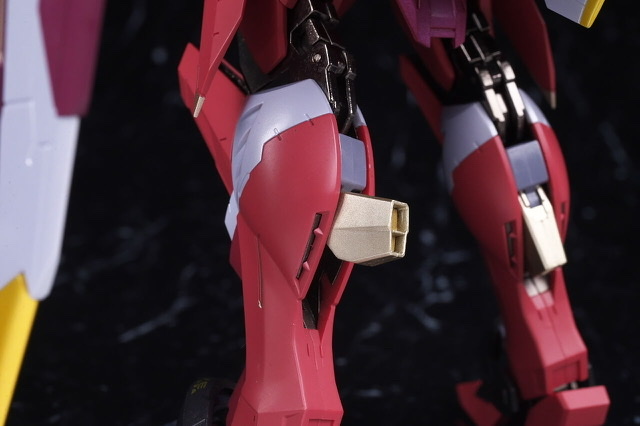 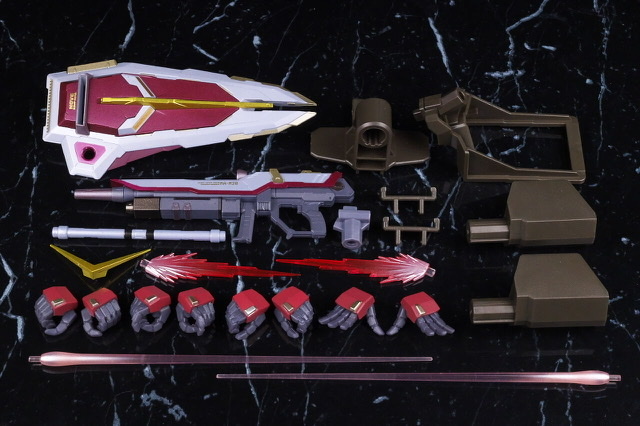 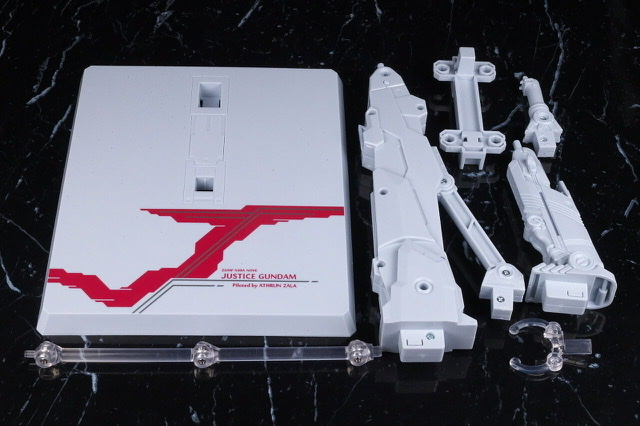 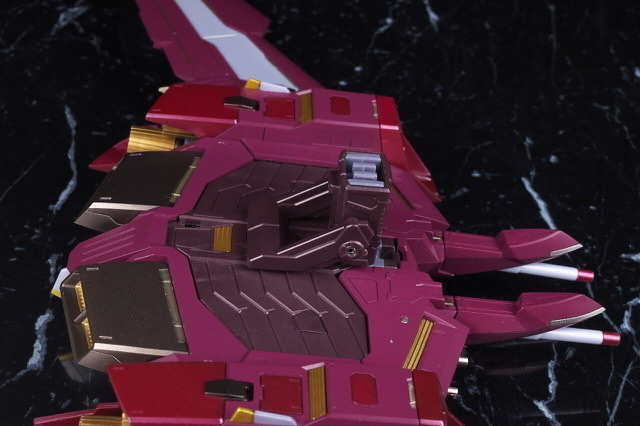 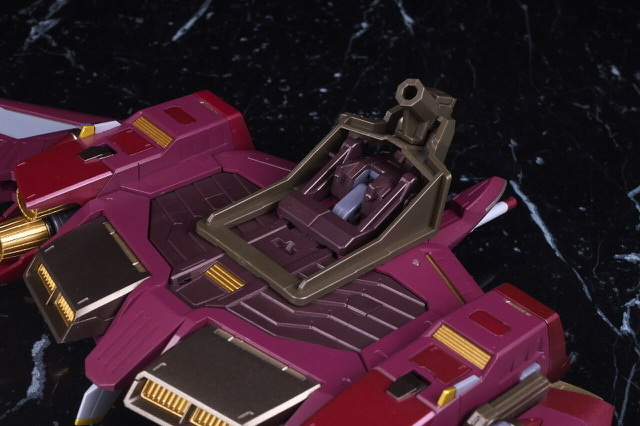 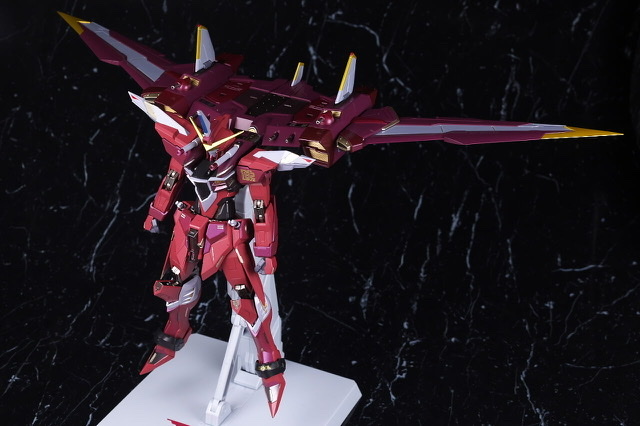 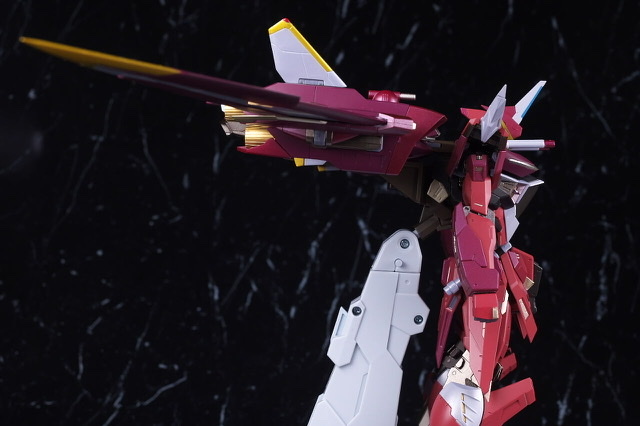 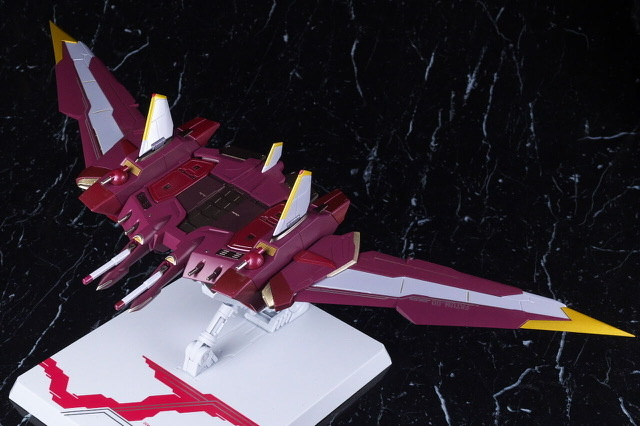 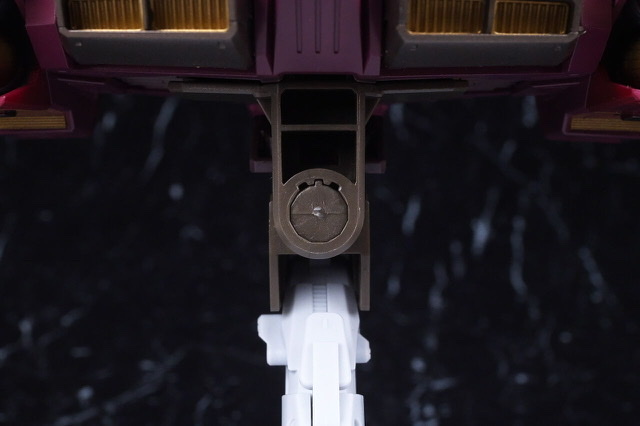 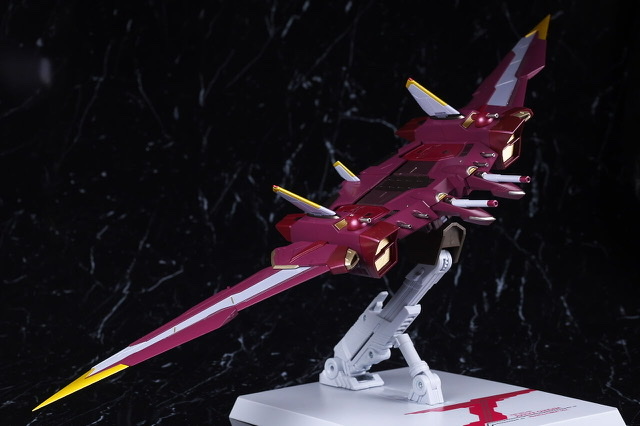 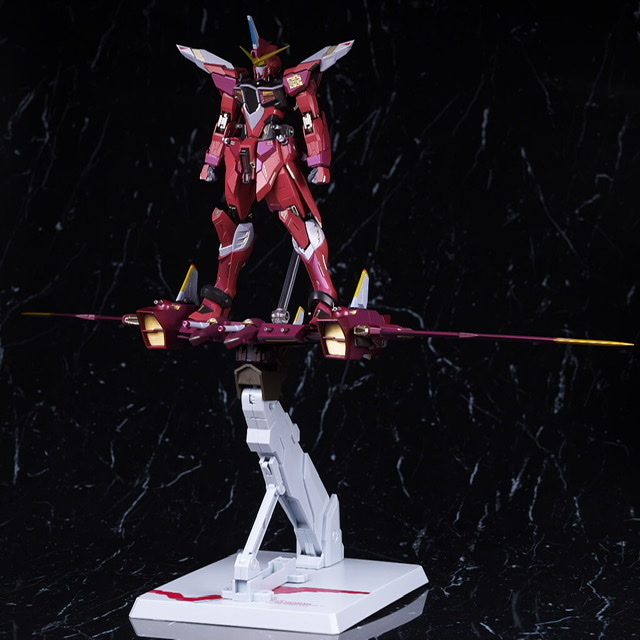 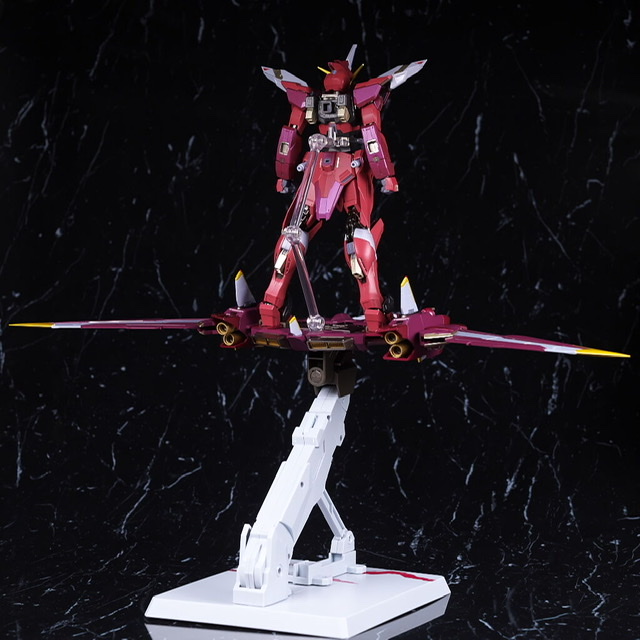 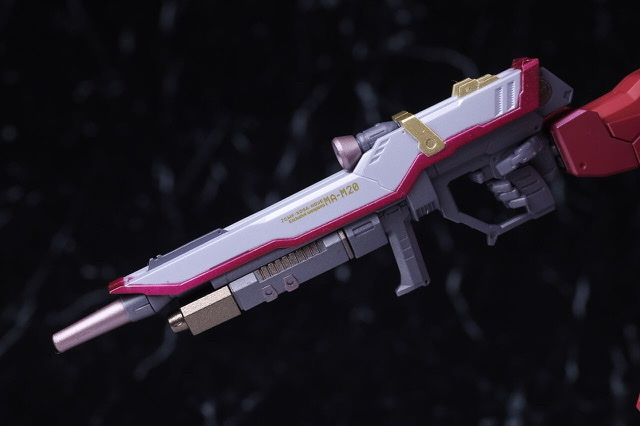 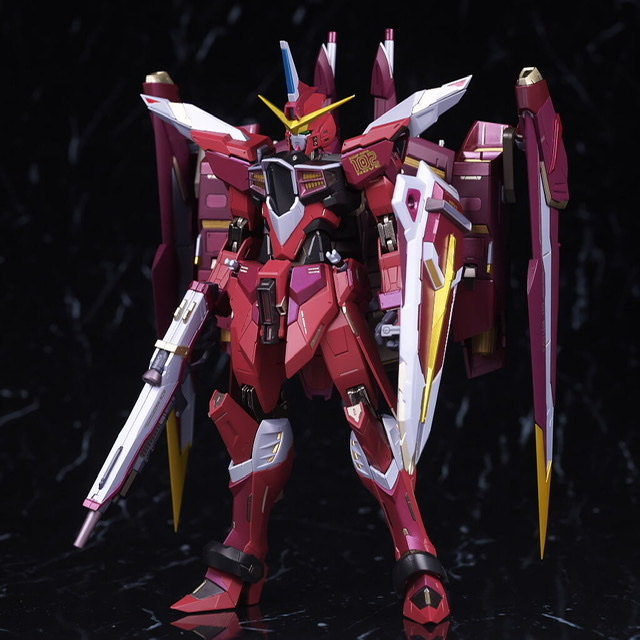 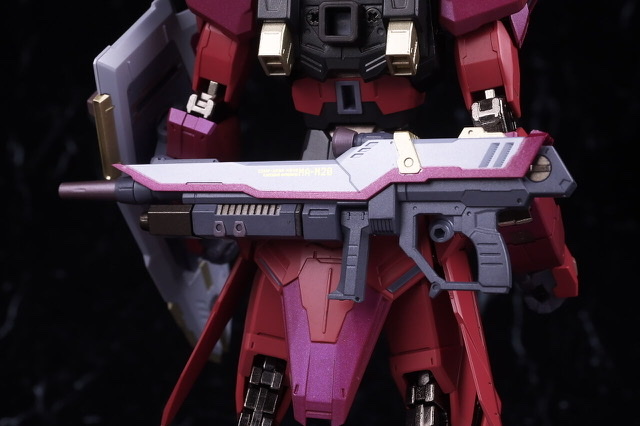 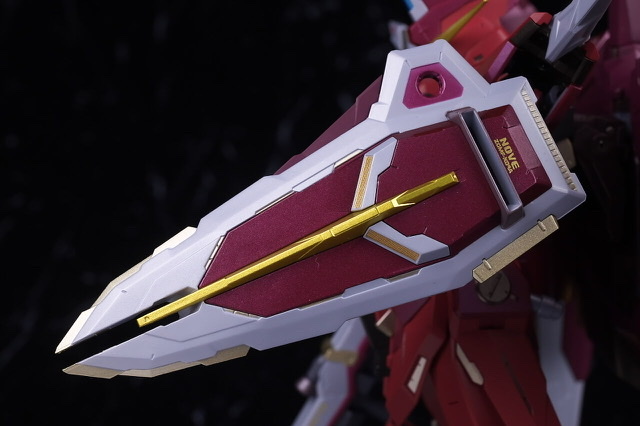 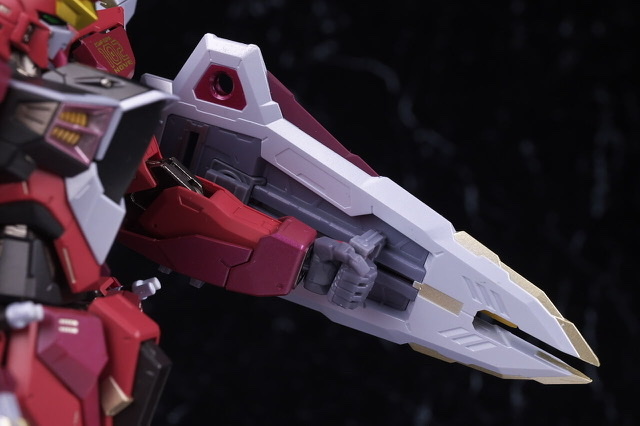 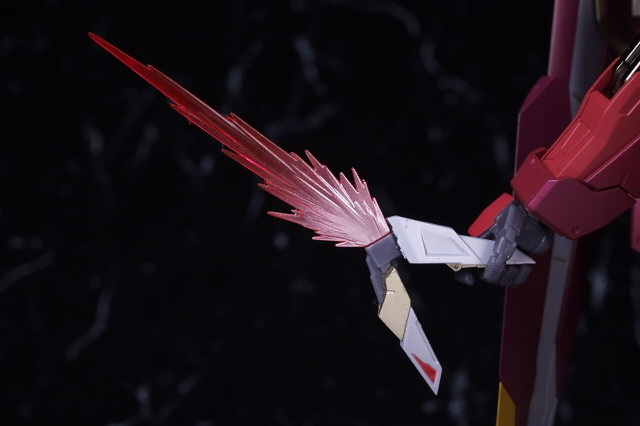 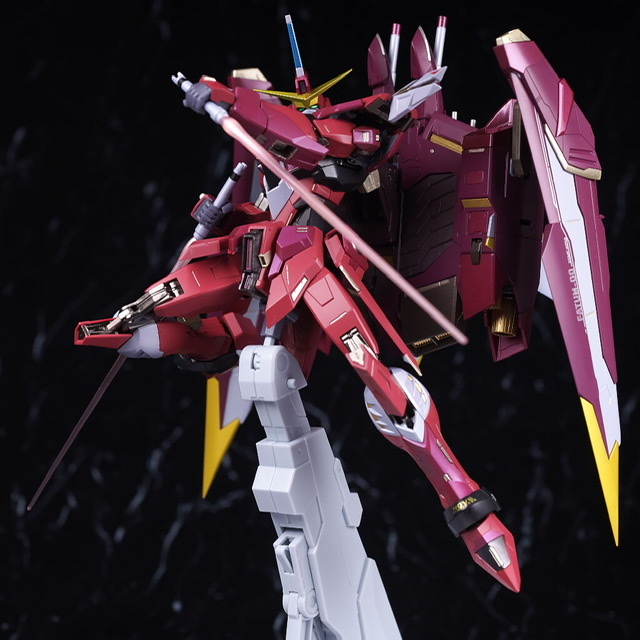 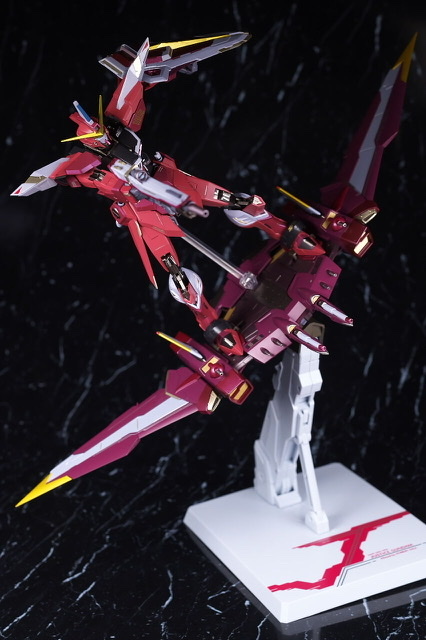