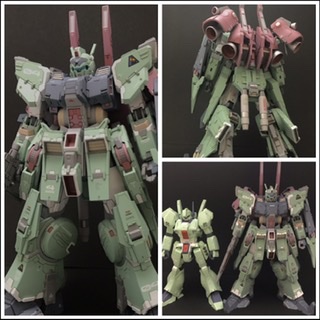 I made it using normal Silver Bullet. There are almost no diversion parts (other than the inside and help vernier). At first, I started making it because it’s a visor with similar weapons and I thought it might look like Jegan if I did it well, but from the middle I started to move my hands as my habit went, and I gave up trying to imitate it lol But I’m very satisfied I’m glad it took shape!

By changing the position of the hip joint and adding waist armor, the external feeling became thinner, and the round parts of the thigh were turned backwards, so the impression of being angular became stronger.

The concept of Jegan style that I set myself is a drag, and it doesn’t feel right whether it’s purple or Gundam color. After all, it was a Jegan style and calmed down.

Weapons are few because it is highly mobile and lightly dressed. I like the tonfa-style saber and it’s fully open. The rifle has a slightly improved detail and a brown color scheme.

One piece at a mysterious angle. The remaining weapons are head vulcans, shield missiles, and incoms. I think it’s nice that the firepower is almost the same as Jegan even though it is big. Also, the details have been improved in detail this time as well. I try to make streaks assuming color coding, and somehow devise it. 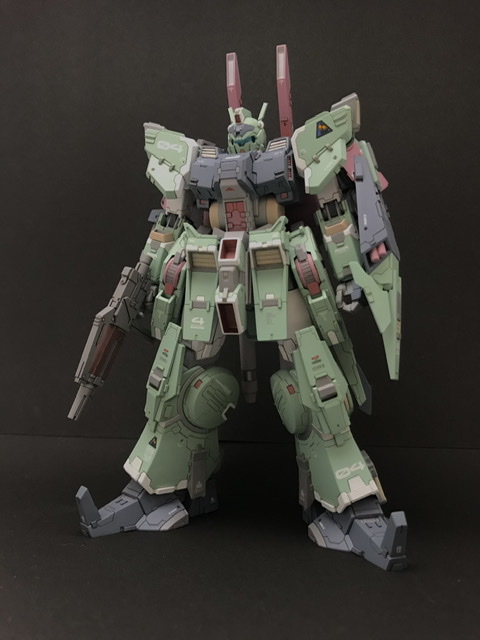 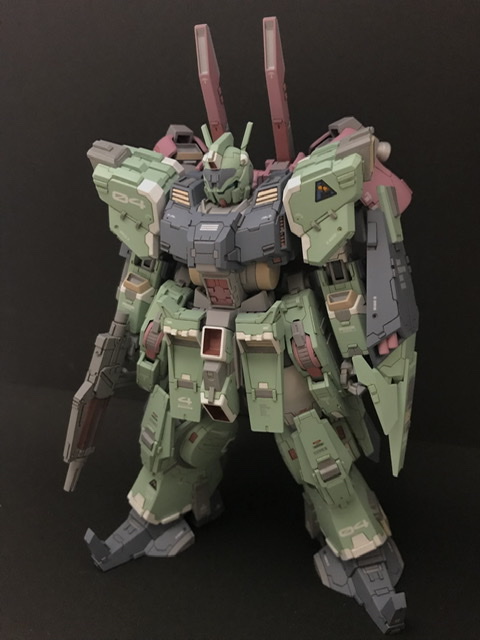 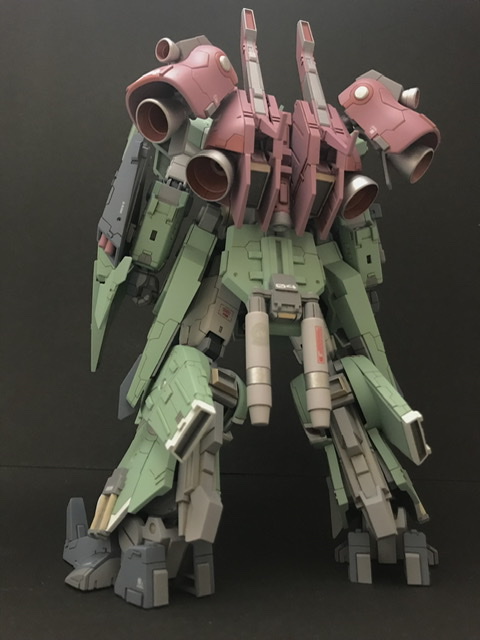 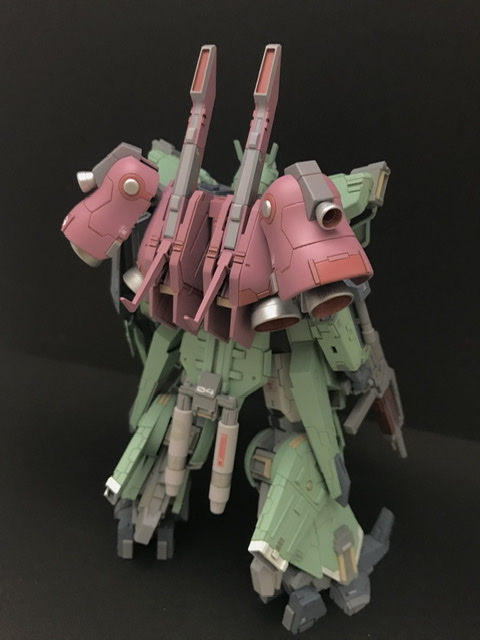 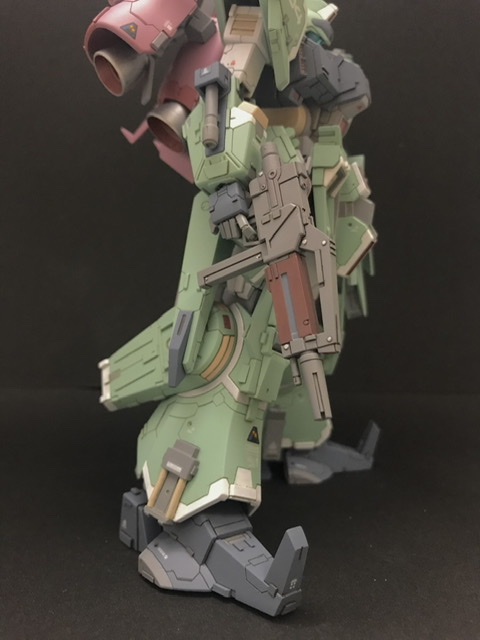 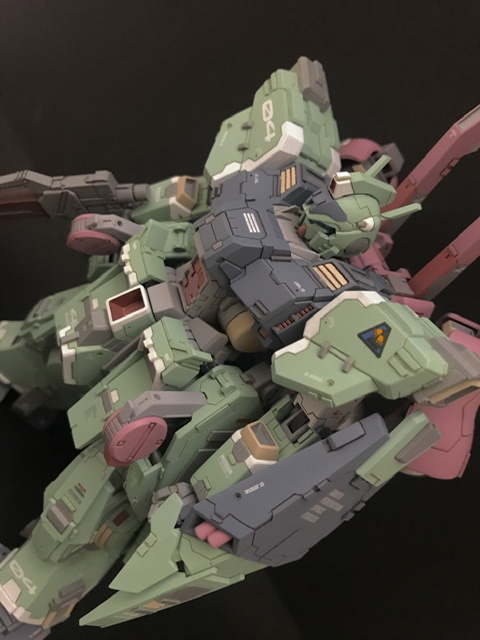 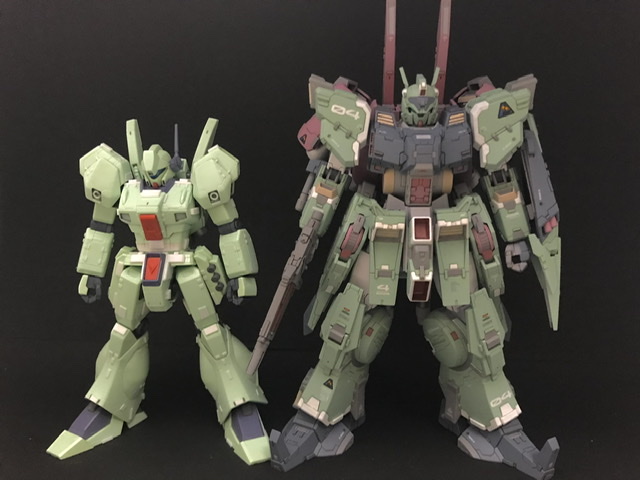