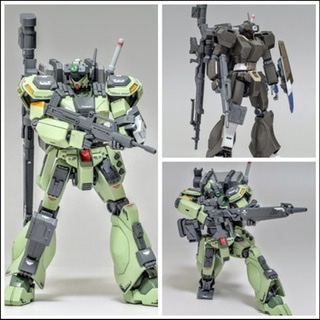 The basic equipment GM Rifle is a modified type with a magazine placed at the top.
Captain Maurice preferred the more reliable live-fire rifle to the standard beam rifle in mid-range combat.

Its defensive armament is the M.H.B (mini-hide bomb), a directional close-in defensive mine launcher that is easier to handle than a shield.
Battles in dense forests and urban areas are often encounter battles, and it is used when there is no time to pull out the saber when encountering an enemy.

The beam sniper rifle is a modified version equipped with the latest cooling barrel.

The back container is loaded with energy condensers and spare ammunition for beam rifles.

Although it is a sniper specification, medium and close range combat is also possible.
It is equipped with two sabers (long, short) and a dagger-type saber for a total of three.

It was probably in operation until around UC110, and in the battle against the Neo Zeon remnants and the Mufti army, it was said to have shot down 7 (2 aircraft, 4 MS, 1 combat vehicle).

Like the previous Stark Jegan, I extended the abdomen to adjust the style, and I like small legs, so I brought it from another kit.
The production image is a ground type Stark Jegan. 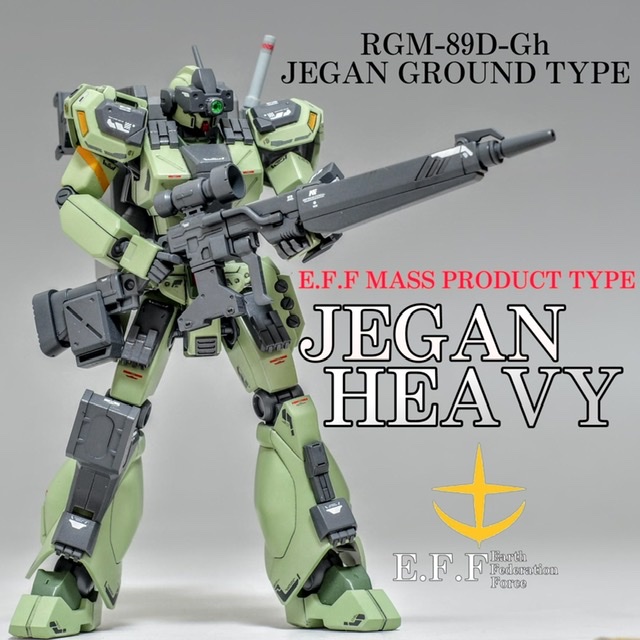 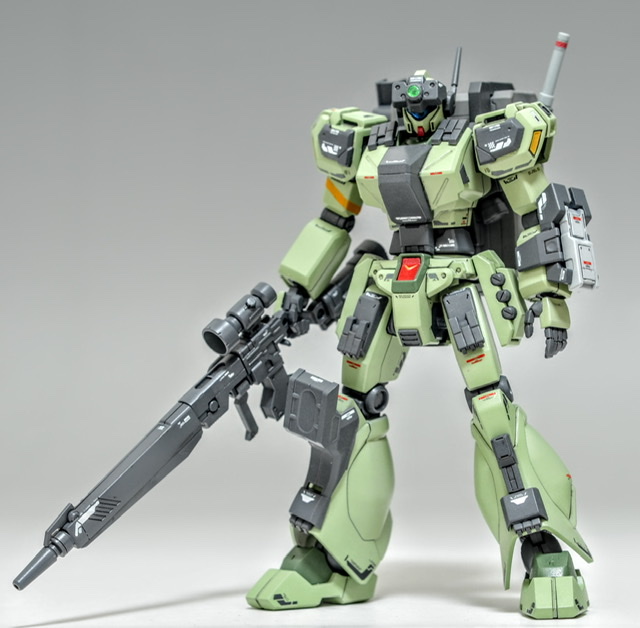 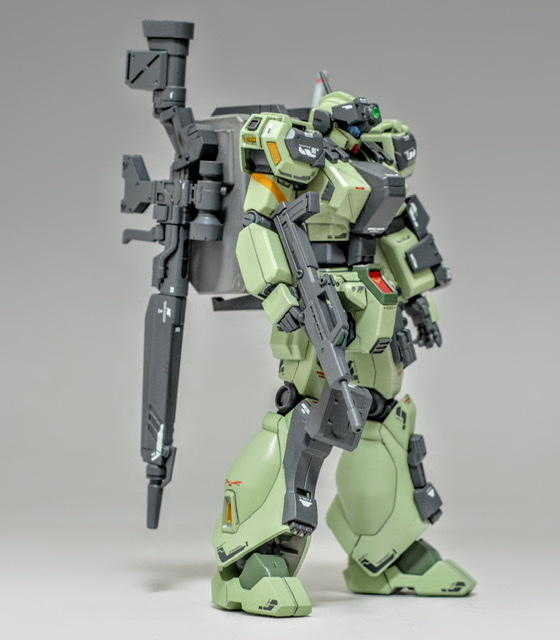 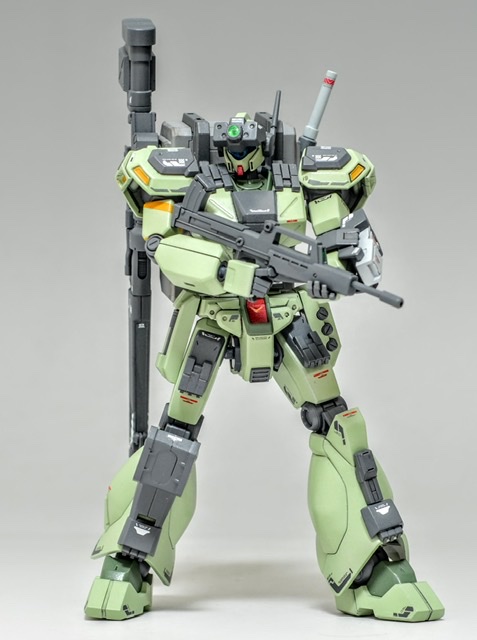 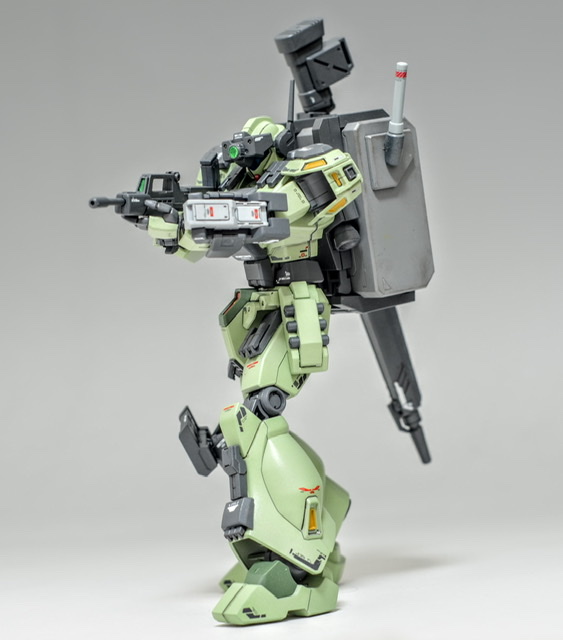 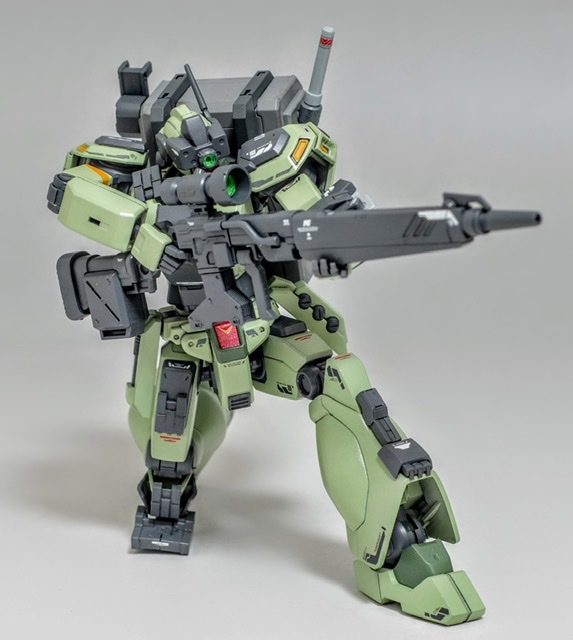 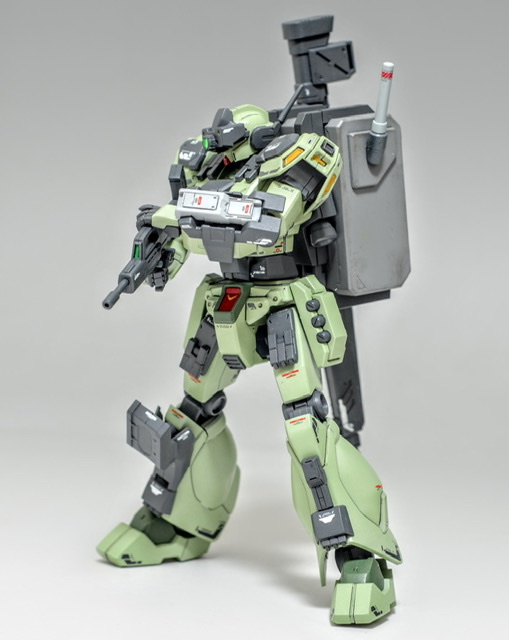 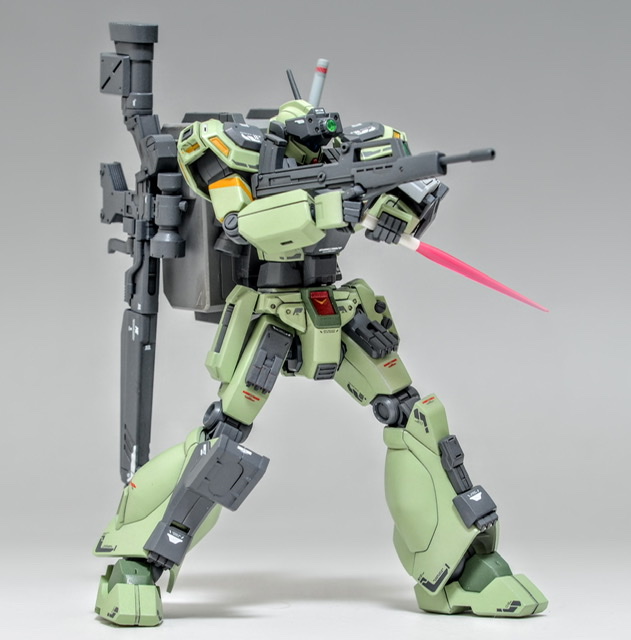 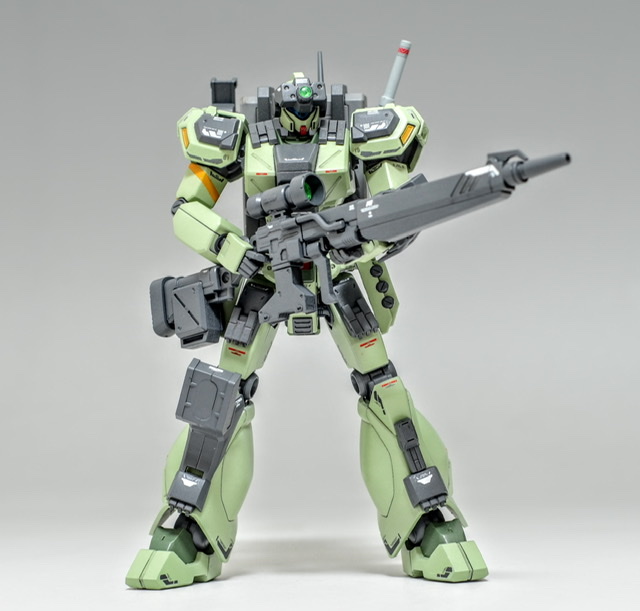 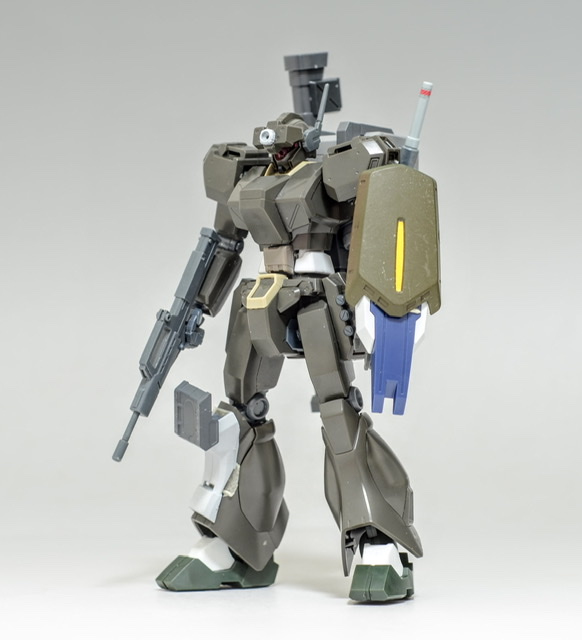 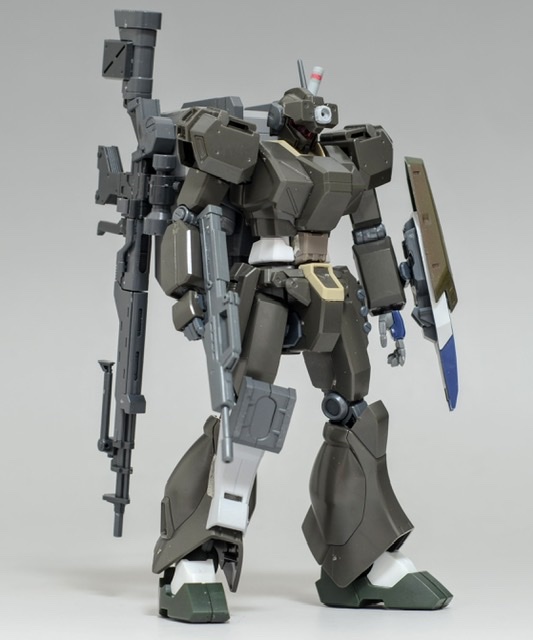