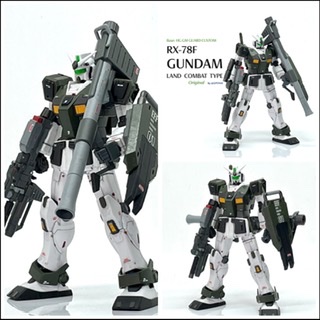 It is an original MS “RX-78F Gundam for Ground battle” which imaged the RGM-79F Ground Battle GM of M-MSV.

At my house, there was an ORIGIN GM Guard Custom that had been wrecked after removing parts. The head is Sleggar’s GM which I made a while ago, and the biggest feature is GM, who was robbed by his Dullahan, a pale rider. It looks cute as it is, so I’ll try to reborn it.

The guard custom is similar in design to the “RGM-79F Ground Battle GM”, but it is difficult to reproduce because the GM head is removed in the first place. So, I attached the Gundam head of EG Gundam and made it an original machine called “RX-78F Gundam for Ground Battle”.

The head has a visor like the ORIGIN version of Polar Gundam and Gundam FSD, but the details are slightly modified. Well, is it something like “The contents are GM, but I chose Gundam Head”.
Armed with the beam rifle and shield of Gundam Base Limited System Weapon Kit 003.

As usual, brush painting with water-based hobby color.
After inking with watercolors, apply decals and finish with a matte top coat. For green, dark green is used as it is.

It was the original machine “RX-78F Gundam for Ground Battle” created while imagining the RGM-79F GB GM of M-MSV using the ORIGIN version of GM Guard Custom.
The Gunpla, which looked like a wreckage, has been reborn in a cool way. 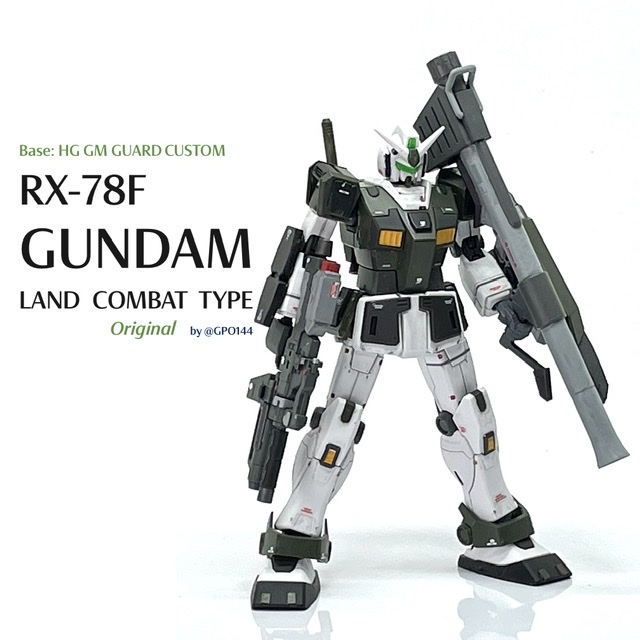 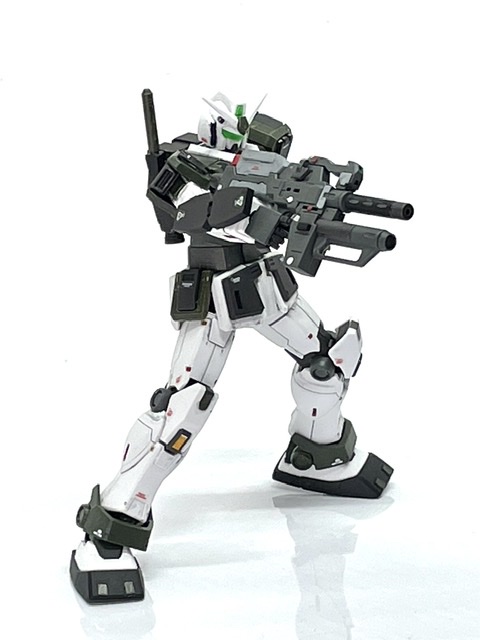 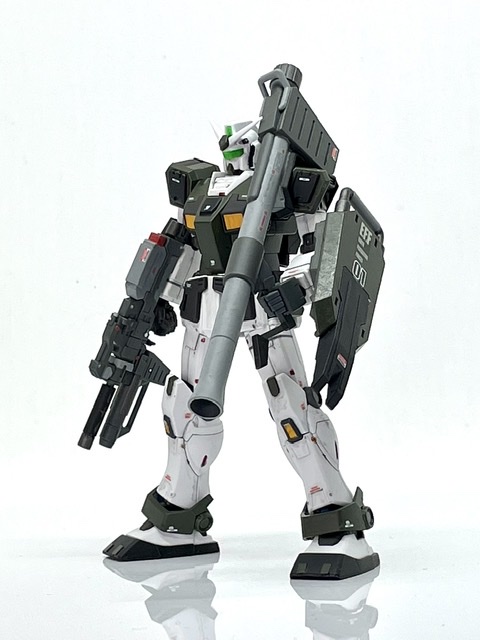 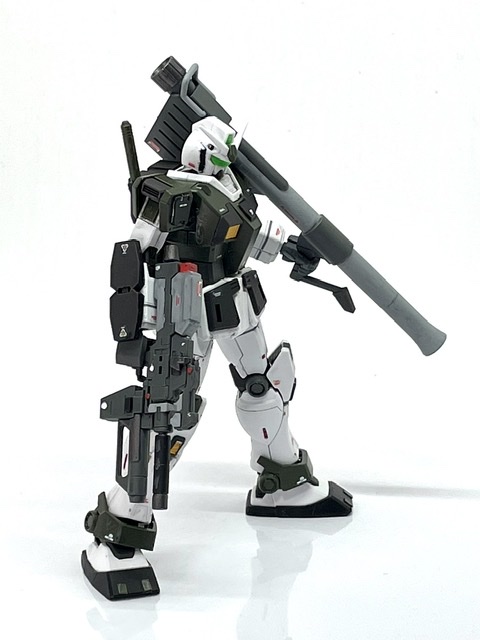 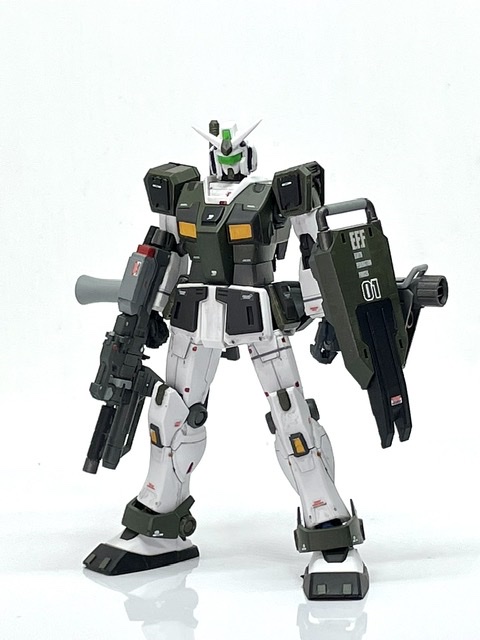 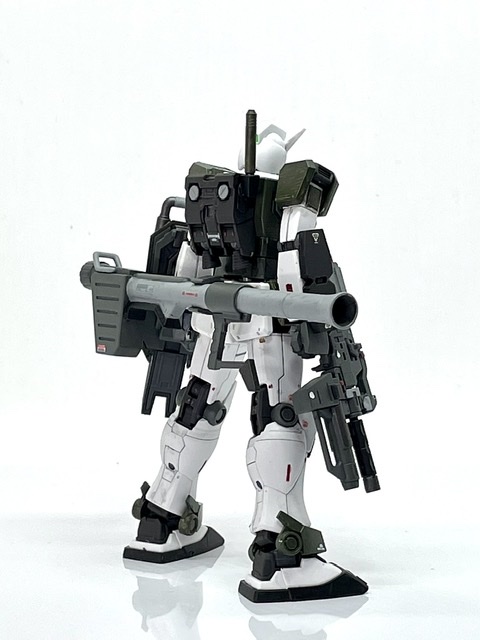 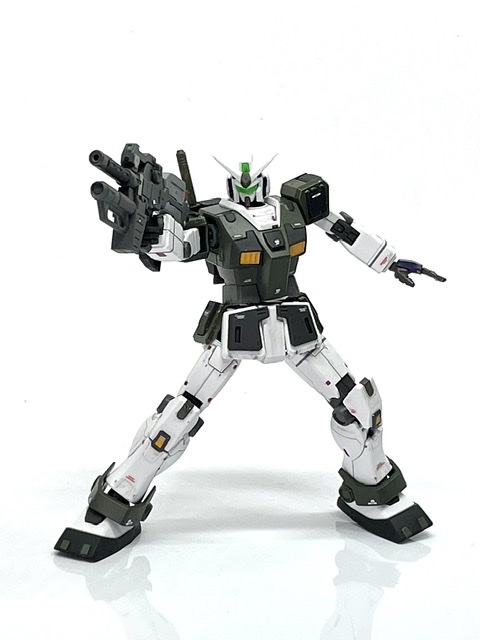 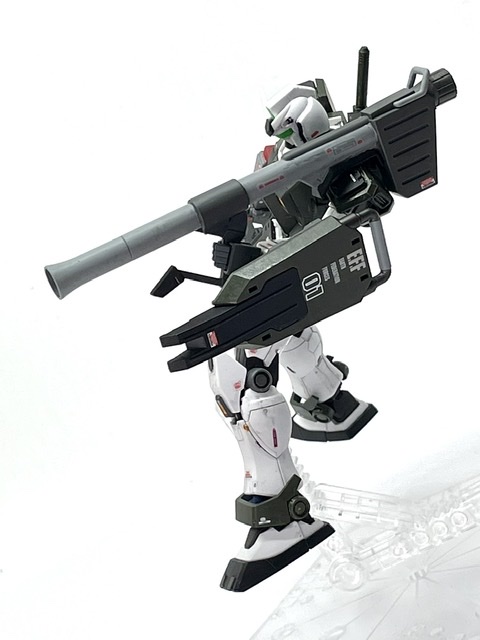 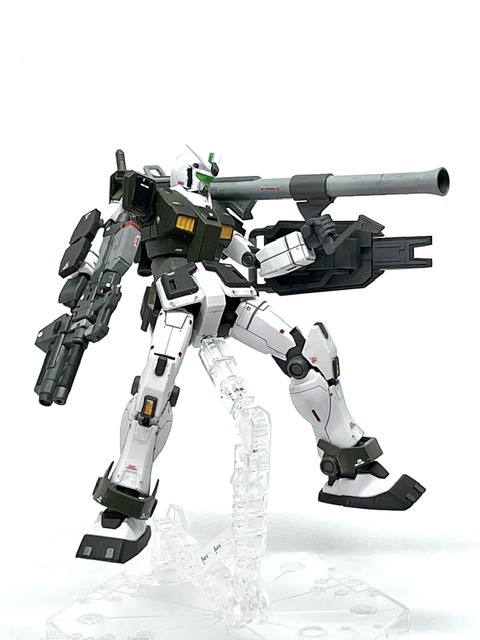 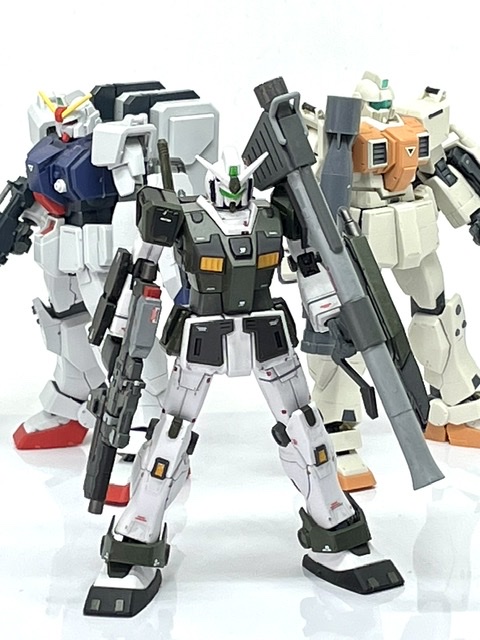 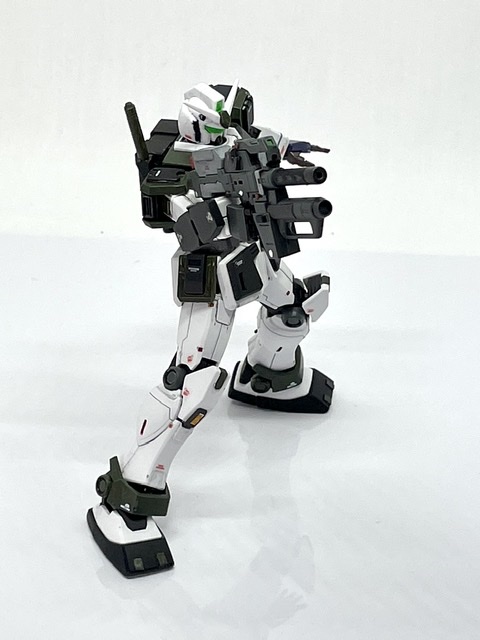 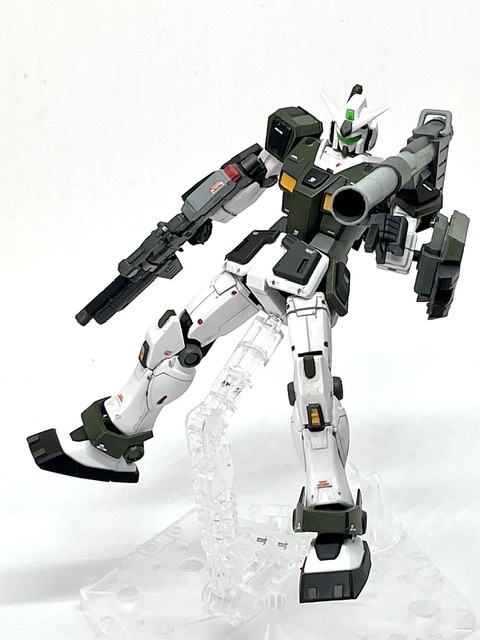 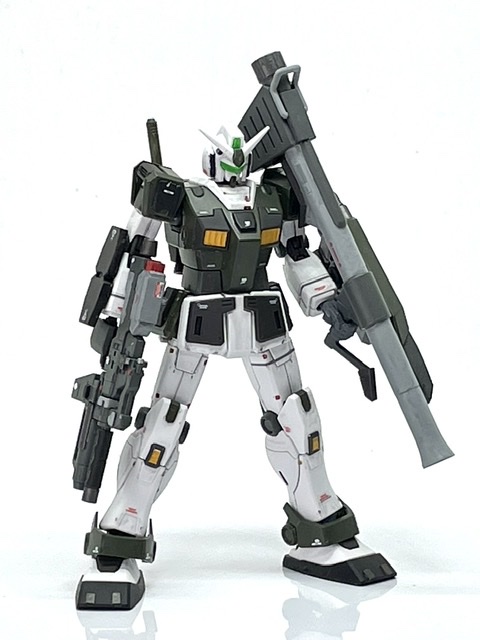