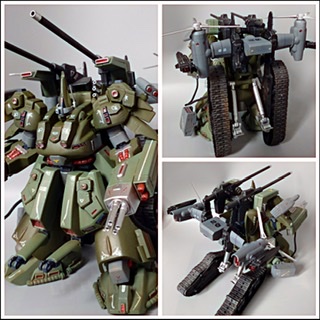 The O is one of the MS that I have grown to like in recent years. The original design was highly complete, so I decided to give it a makeover for Ground battles.

This is an image from the front. The image is based on MS IGLOO’s ground-based guntank, and the coloring is based on my favorite Scope Dog. It got dirty because it was painted in a humid season, so I lightly weathered the whole body.

This is an image of the back. The tail rotor pack is colored with the image of an aircraft. The waist caterpillar is the ORIGIN version of the Guntank.

It is the back of the assault mode. The tail rotor cannot be used for flight, and its role is to hold down the Ms that is about to be blown away.

Missiles of various hardpoints are removed. Posing is quite limited.
If you remove the mission pack and head visor, it will be in a state close to normal The O. 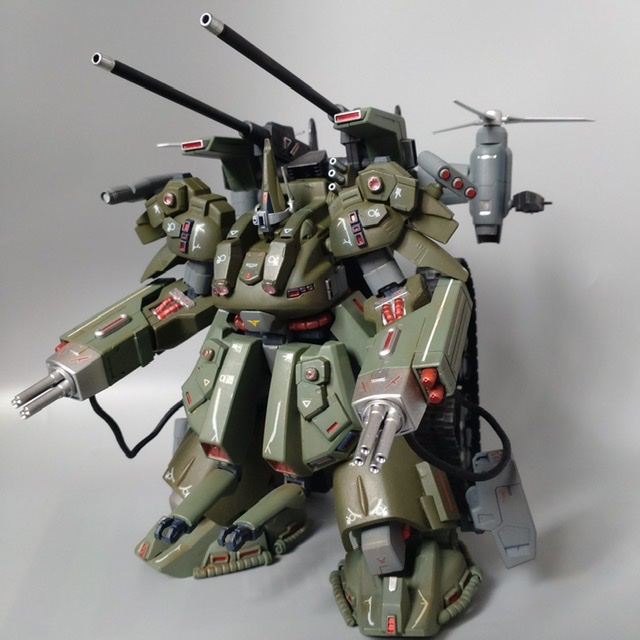 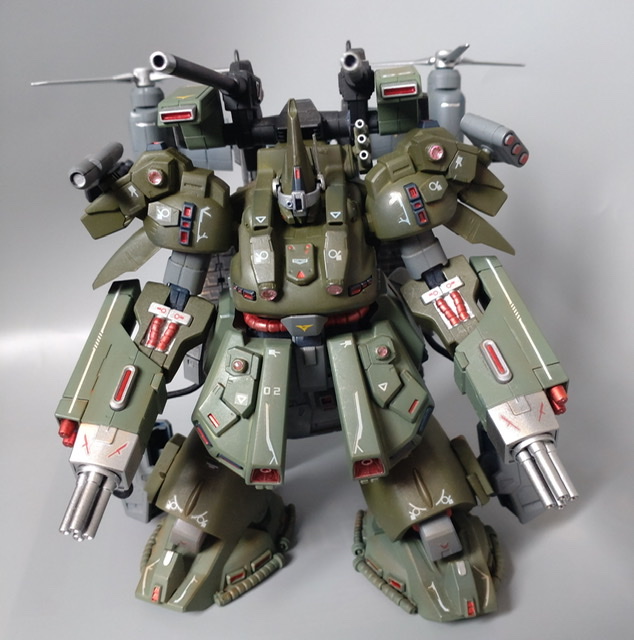 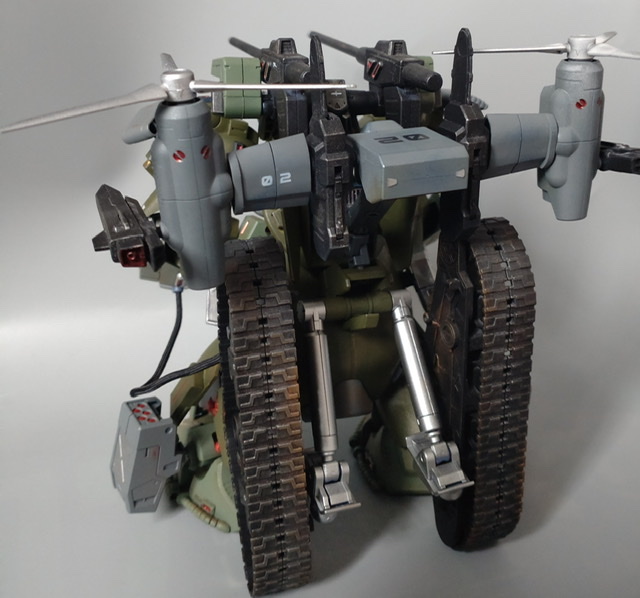 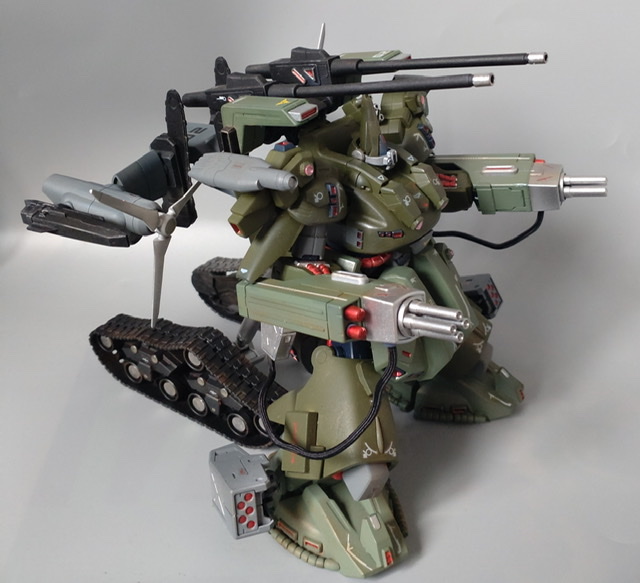 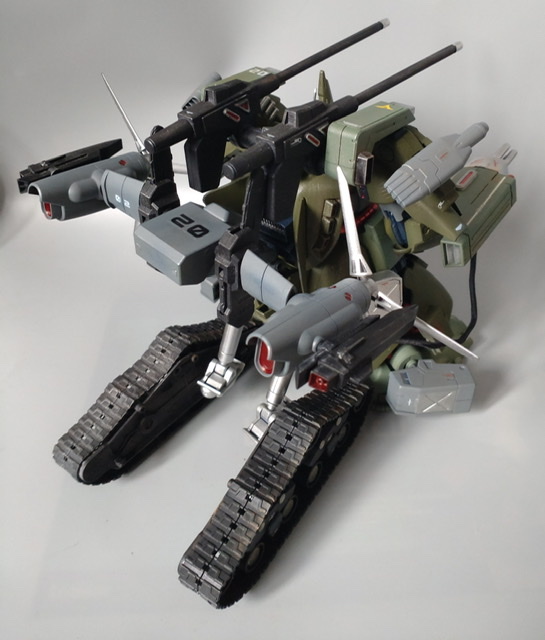 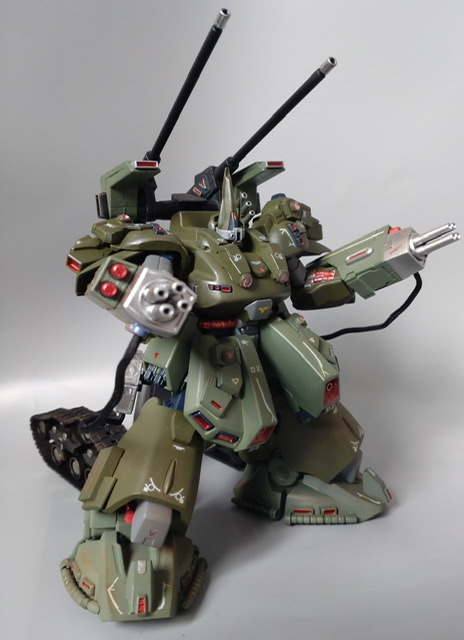 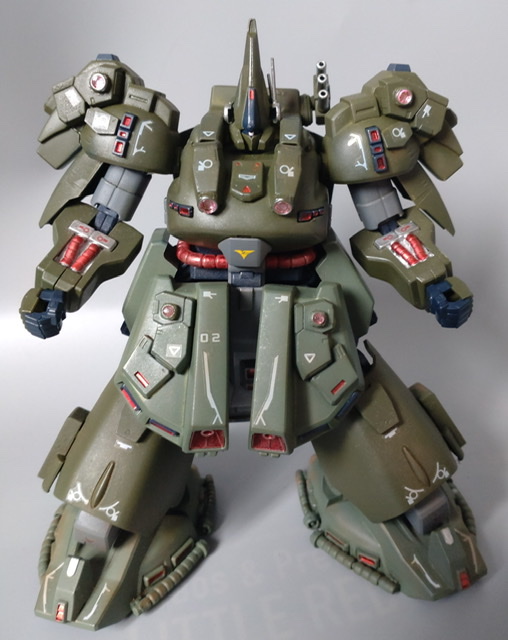 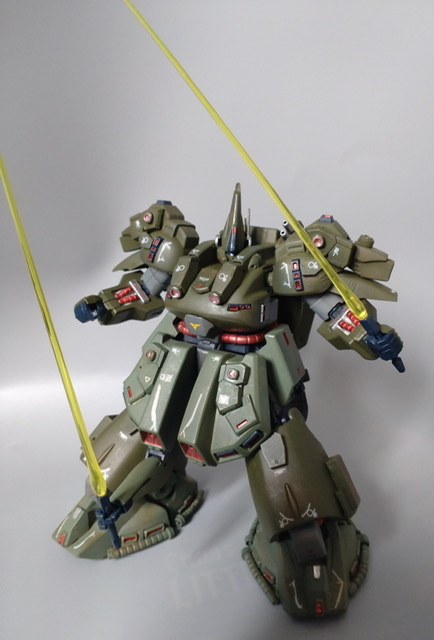