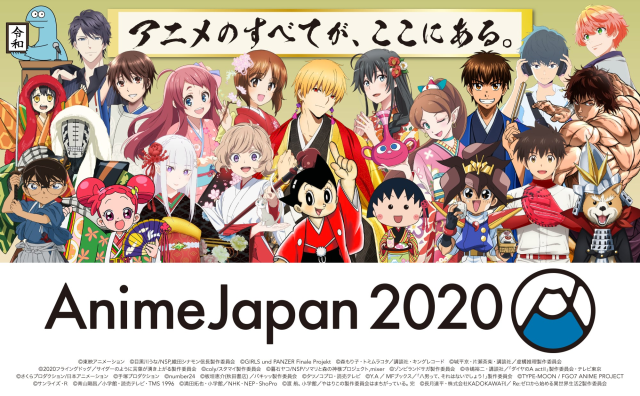 With the coronavirus outbreak on everyone’s mind in Japan, but not much that the average layperson can do to help the situation on a macro scale, a lot of people would no doubt enjoy a little escapist entertainment right about now. However, if you were planning to get your dose at Tokyo’s Anime Japan anime convention, you’re out of luck.

Since its first iteration in 2014, Anime Japan has grown to become Japan’s premier animation industry event (the twice-a-year Comiket is technically a fan gathering for independently published works). This year, fans were looking forward to studios showing off their latest creations and cosplayers posing for the public, with the event initially scheduled for March 21 to 24 at Tokyo’s Big Sight conference center. Unfortunately, Anime Japan has just announced that all four days of the event have been cancelled.

“Due to the spread of new-type coronavirus infection, along with the request made by the government on February 26 for voluntary restraint, and above all concern for the wellbeing of anime fans and other who would have been present at the venue, we have decided to cancel Anime Japan.

We understand that this is a great inconvenience to anime fans who had been looking forward to attending, as well as everyone who had been working towards putting on the event, but we have come to this decision in order to prevent the further spread of the virus, and we humbly ask for your understanding.”

As referenced in the statement, the Japanese government has asked that event organizers in all fields cancel or postpone non-essential large-scale events scheduled between now and late March. While compliance is still on a voluntary basis, many decision makers feel it’s the appropriate choice. As one of the largest, most densely populated cities on the planet, it’s hard to go anywhere in downtown Tokyo without spending time in close proximity to hundreds of strangers, whether you’re packed onto a crowded train, walking down a crowded sidewalk, or waiting in line in a crowded store, and that’s just for regular, day-to-day life in Japan’s capital.

The human congestion gets multiplied for entertainment events that flood a venue and its connected infrastructure with attendees, and especially in the case of top-tier events like Anime Japan, which attract attendees from across the country, there’s the added risk of dispersing the coronavirus to other regions of Japan should someone become infected at the event and then travel back to their home town before being diagnosed.