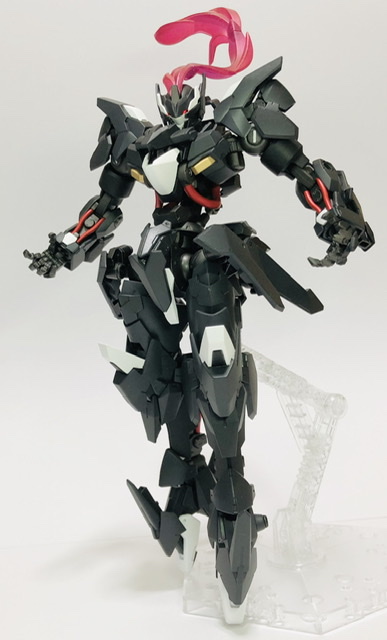 From Iron-Blooded Orphans this time i wanna feature a beautiful mixing build by ハクノ : 1/100 Grimgerde Evil

Translated from Japanese, sorry for many mistakes:

Finally, the iron and blood contest came, so I finished this guy that was left unattended ٩ (‘ω’) و
This time, I worked hard on setting up an aircraft that I’m not used to, so I hope you’ll be able to get acquainted with it!

High frequency blade connected to the rail gun. By connecting each generator, you can get the output that allows you to fire Dain Slave. Ankle bunker is removed from the bullet and used, and loading is done by folding. When launching, the lower part of the rear of the rail gun is opened and the heat radiation fins are deployed.
Note that in this form, the face part slides and the visor is opened to support long-range sniper.

Valkyria Shield II is connected to the sub-reactor and the output of the aircraft is emphasized as propulsion. This form is mainly used when engaging from a long distance.

It is driven by compressing Ahab particles by a sub-reactor mounted on the waist, improving the airframe output by sending it to the entire frame, and generating a “lambda nanolaminate reaction” that is a special nanolaminate structure coated on the frame drive section. A system that improves the reaction speed of parts and temporarily improves the performance of the aircraft. At that time, the reactor and the energy tube emit red light, and excess particles are discharged from the head. However, the load on the lightweight Valkyria frame is high, the duration is extremely short, and the frame needs to be overhauled after use, so the timing of use is limited.
Note that this function is an application of the γ-nanolaminate sword technology that was installed in Astaroth Origin. 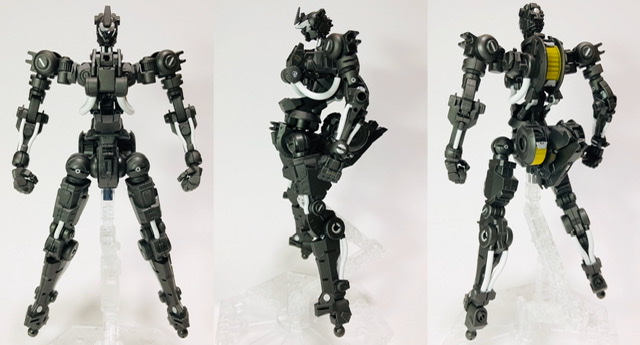 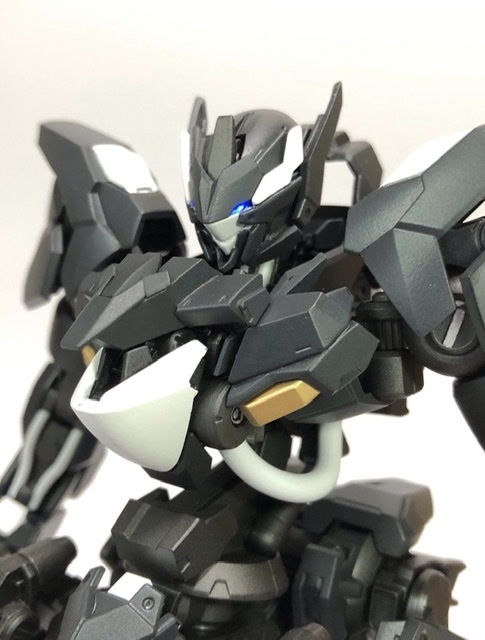 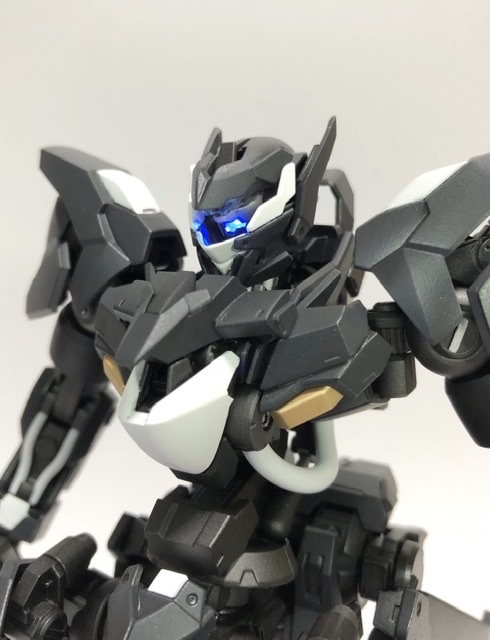 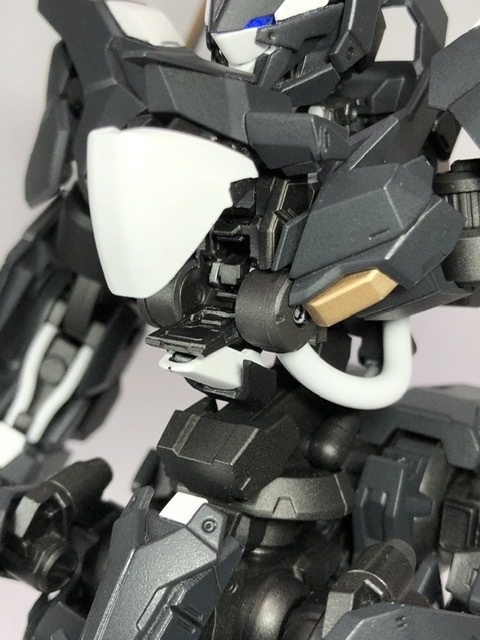 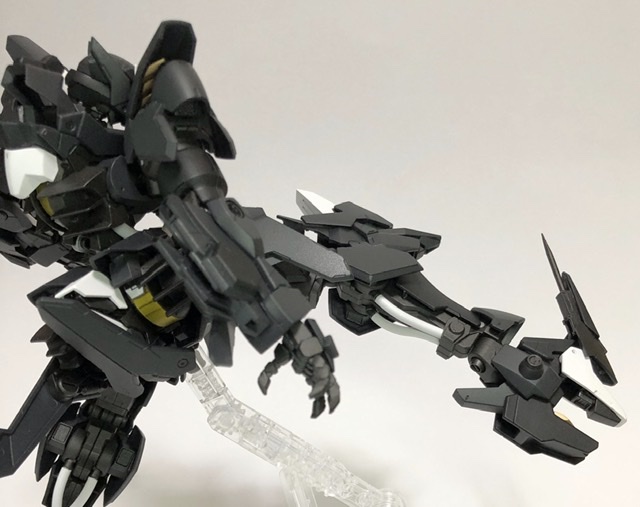 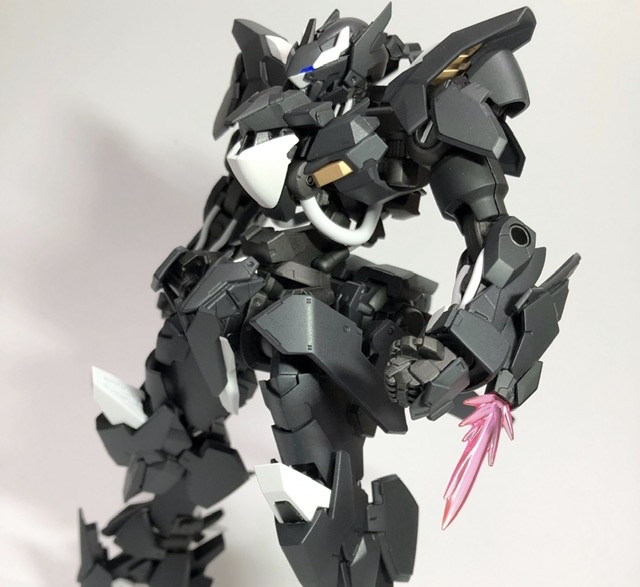 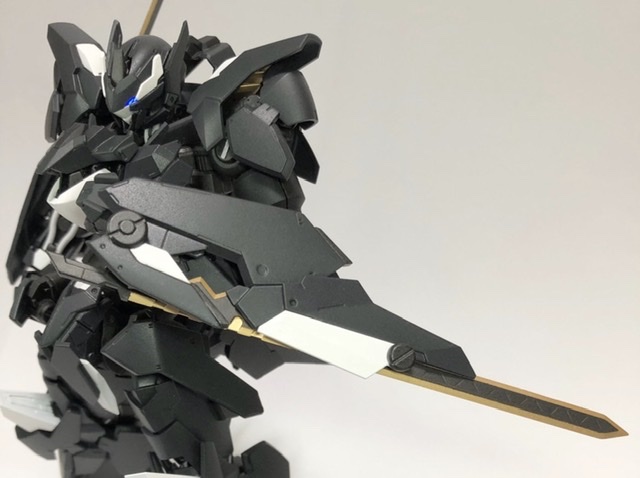 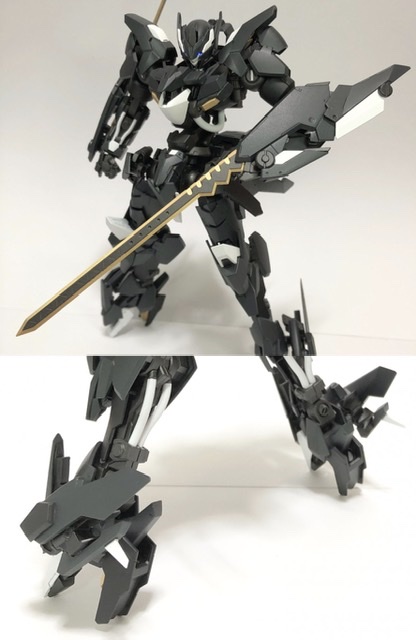 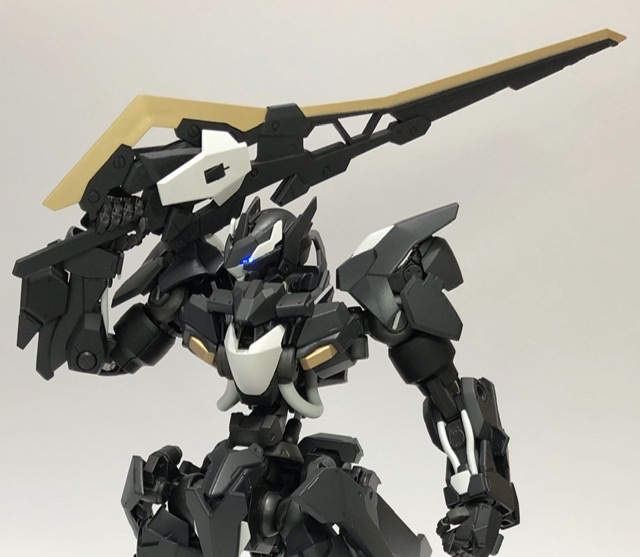 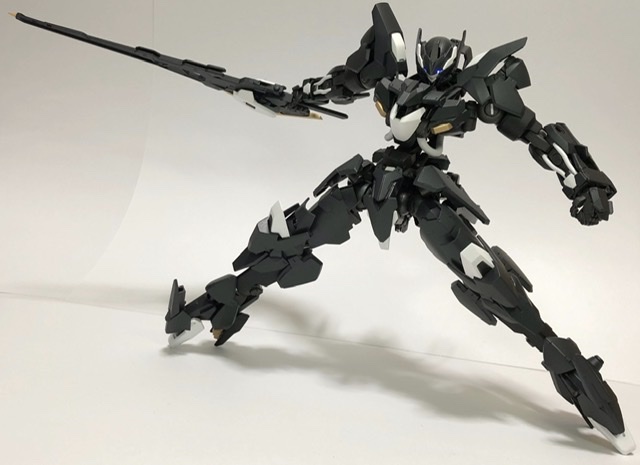 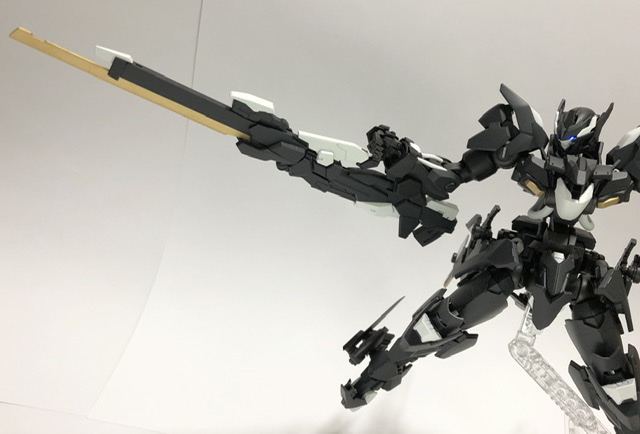 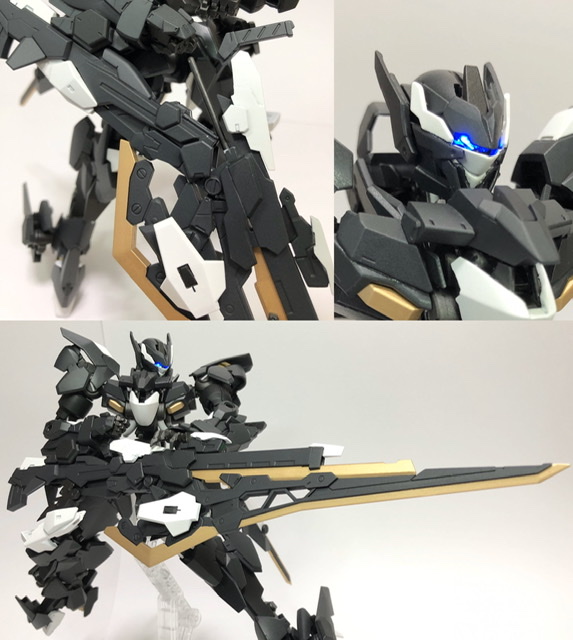 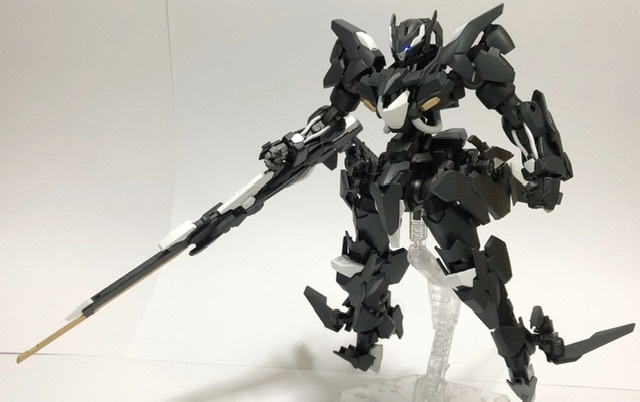 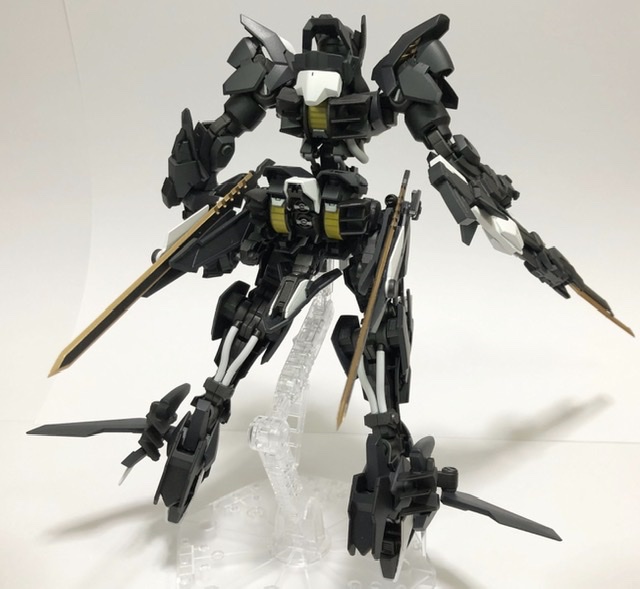 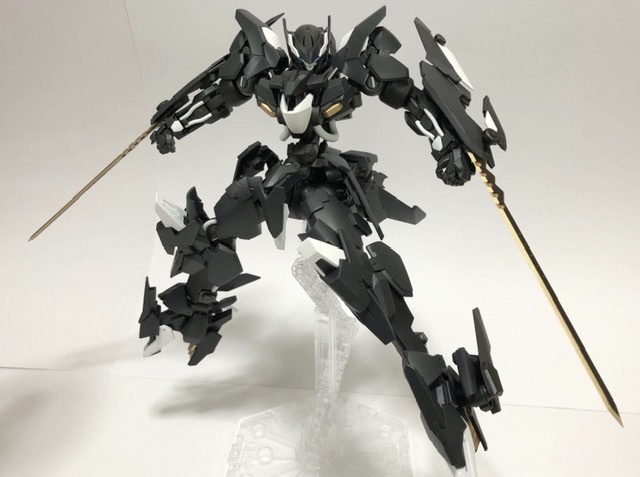 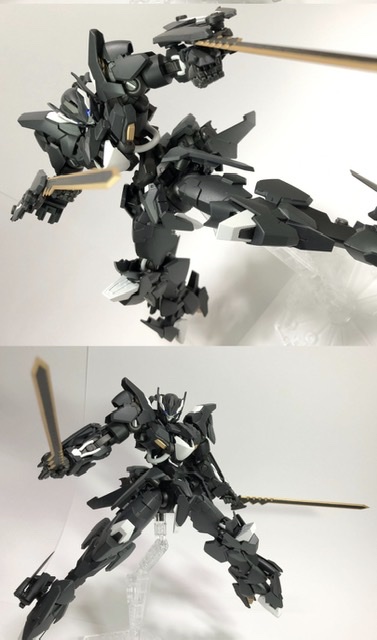 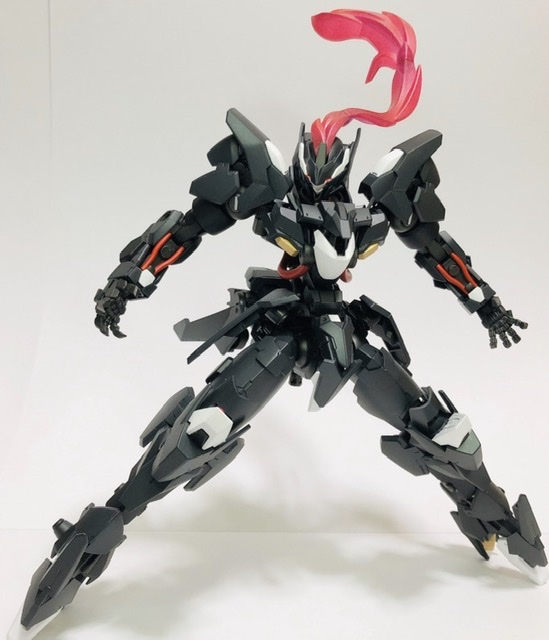 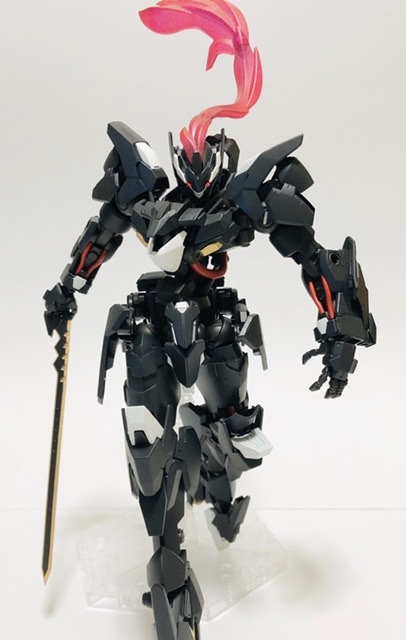 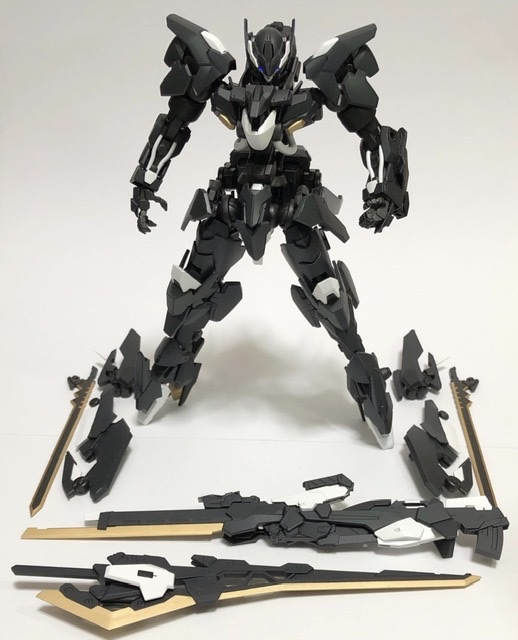 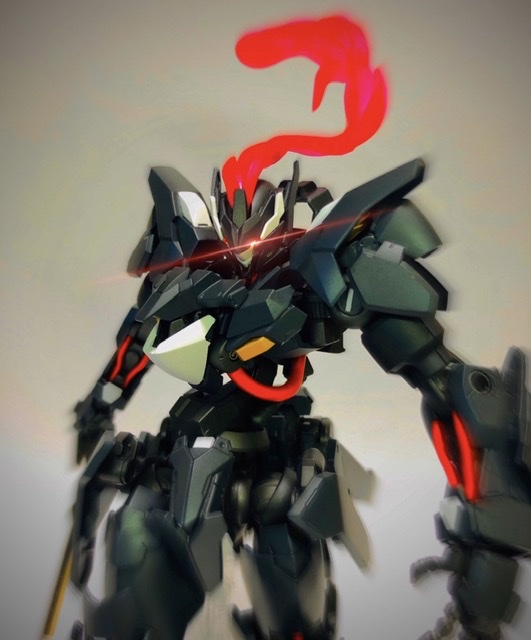