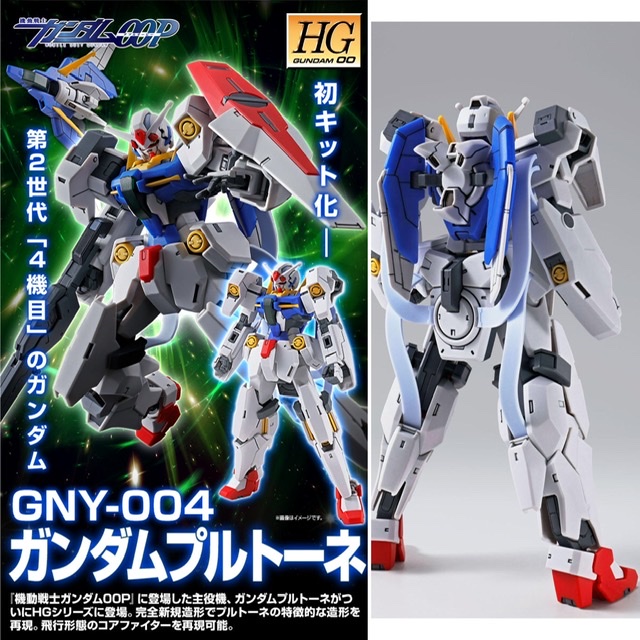 Delivery date Scheduled to be shipped in September 2020

From “Mobile Suit Gundam 00P”, the second generation Gundam prototype No. 4 equipped with GN drive-GNY-004 Gundam Plutone-has been made into a completely new model.

Reproduced coloring in molding colors.  It is possible to reproduce the core fighter in the state built in the MS and the flight form by replacing the parts.

-Faithfully reproduced the form and details of the body with built-in core fighter.

-Reproduce the characteristic head part with two slits in the mask, which inherits the design line of the first generation Gundam “O (O) Gundam”.

-Faithfully reproduced the body shape equipped with the GN drive separation system including the cockpit.

GN drive on front cockpit and back can be attached and detached.

Equipped with multiple joints and a drawer gimmick, it is possible to deploy armor on the elbow.

-In addition to the clenched wrist parts, left and right open hand parts are included.

Reproduce the “GN Vernier” on the shoulders and waist with a yellow molding color.

-Reproduce the flight form by replacing the cockpit parts and the back GN drive attached to the MS body with the attached core fighter dedicated block.

-The special armament is three-dimensionalized with new modeling! 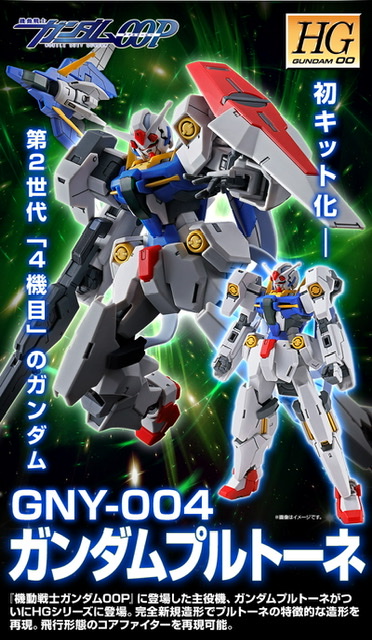 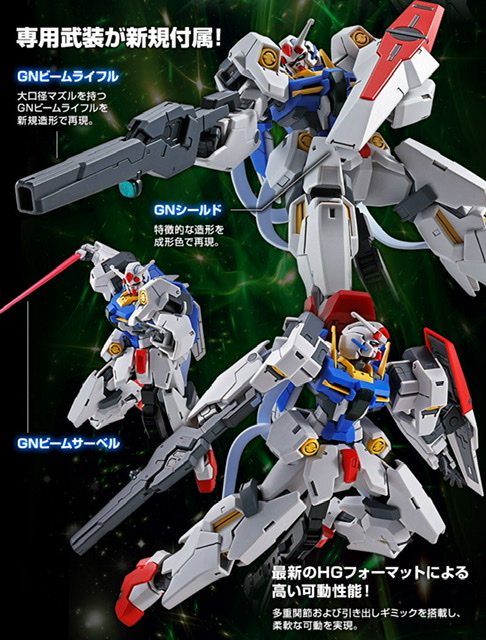 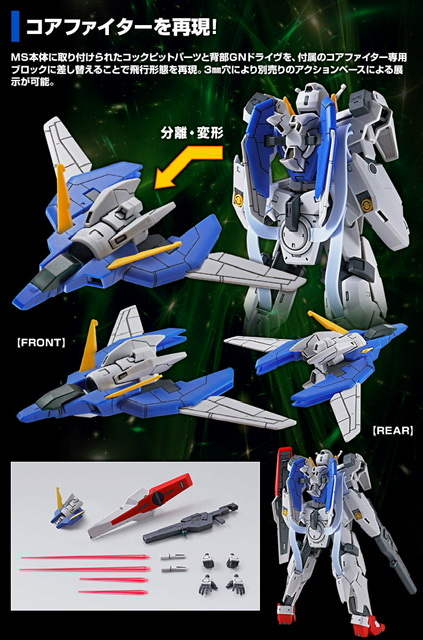 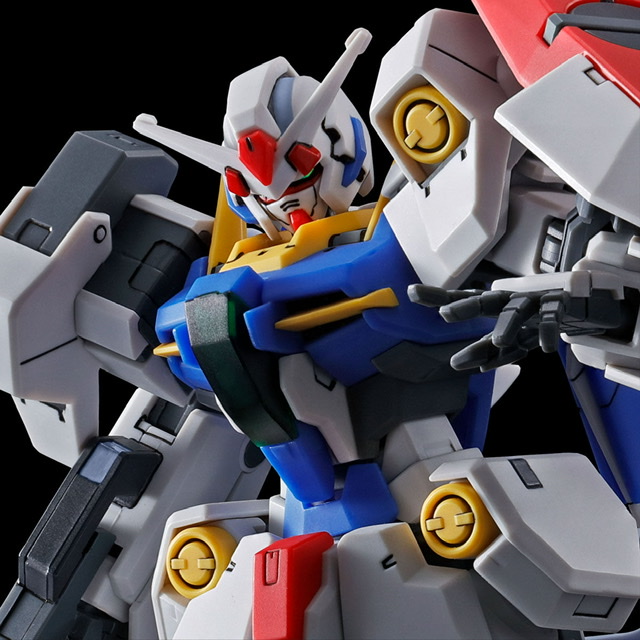 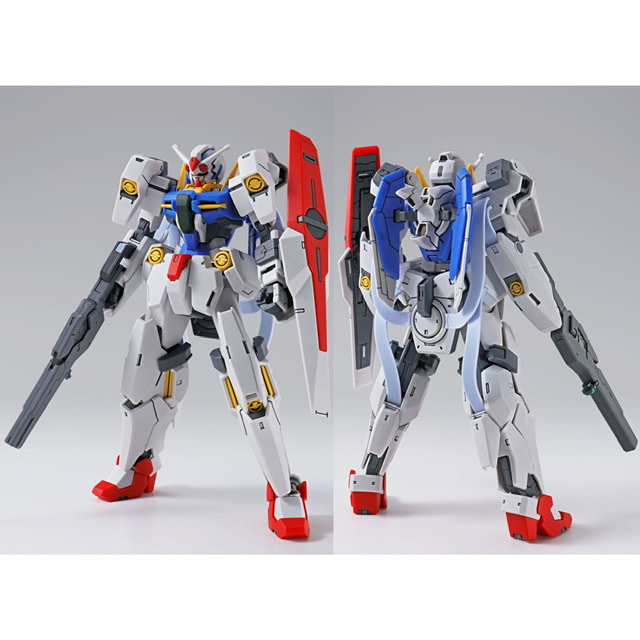 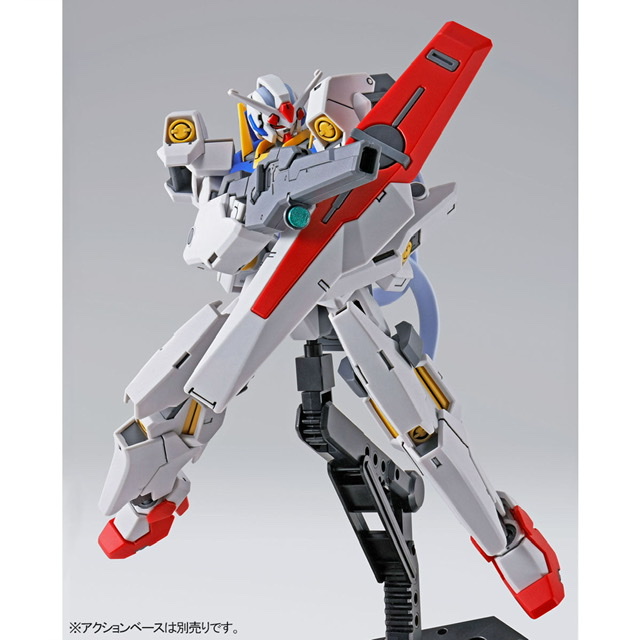 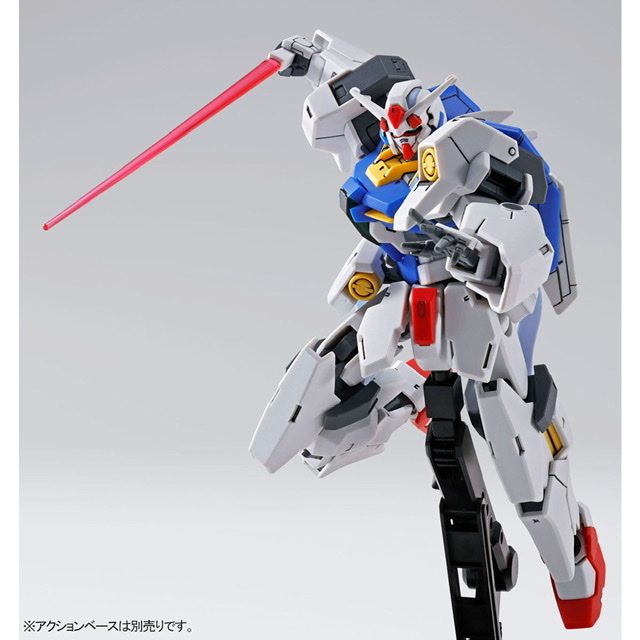 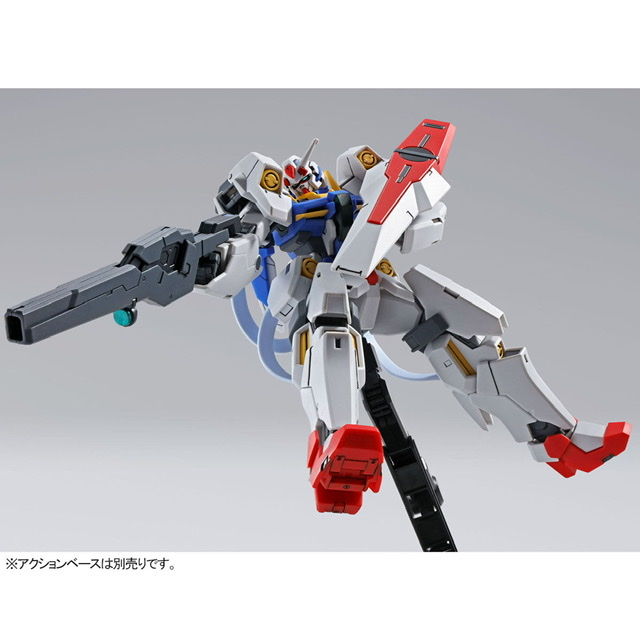 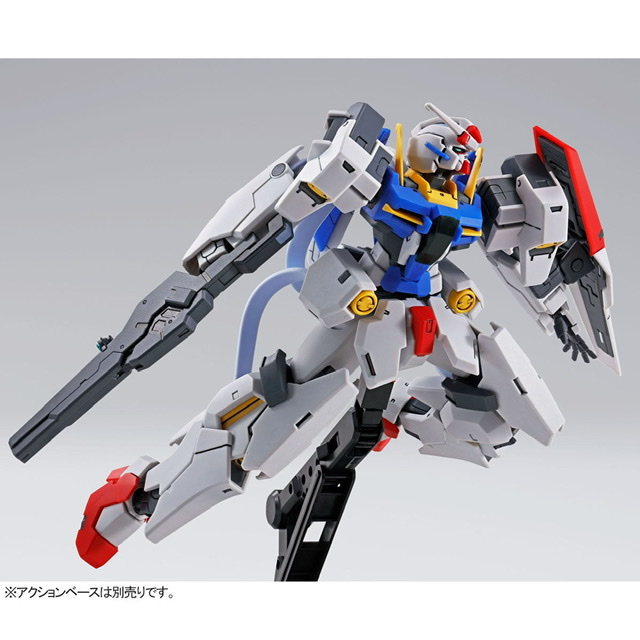 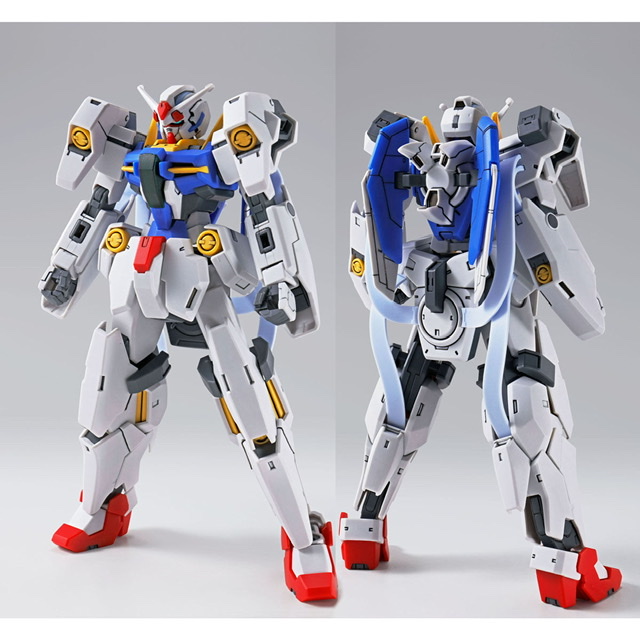 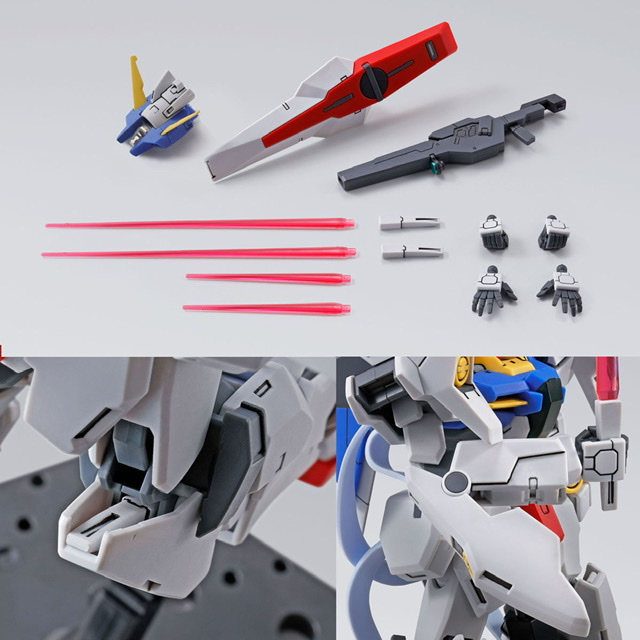 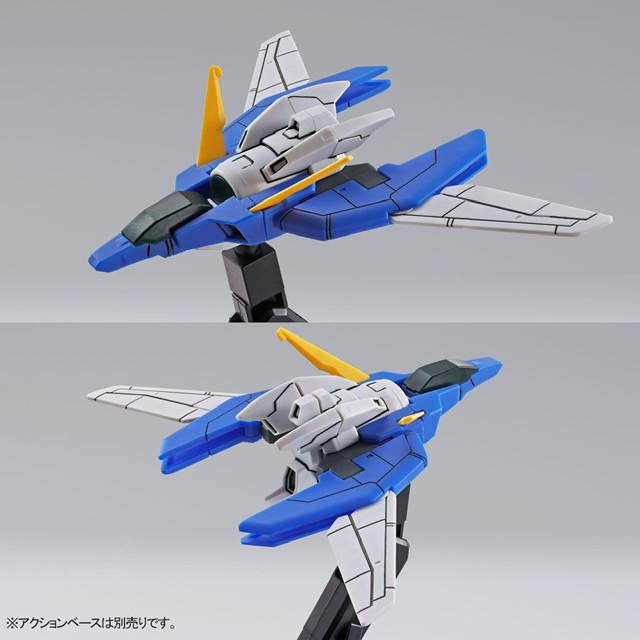